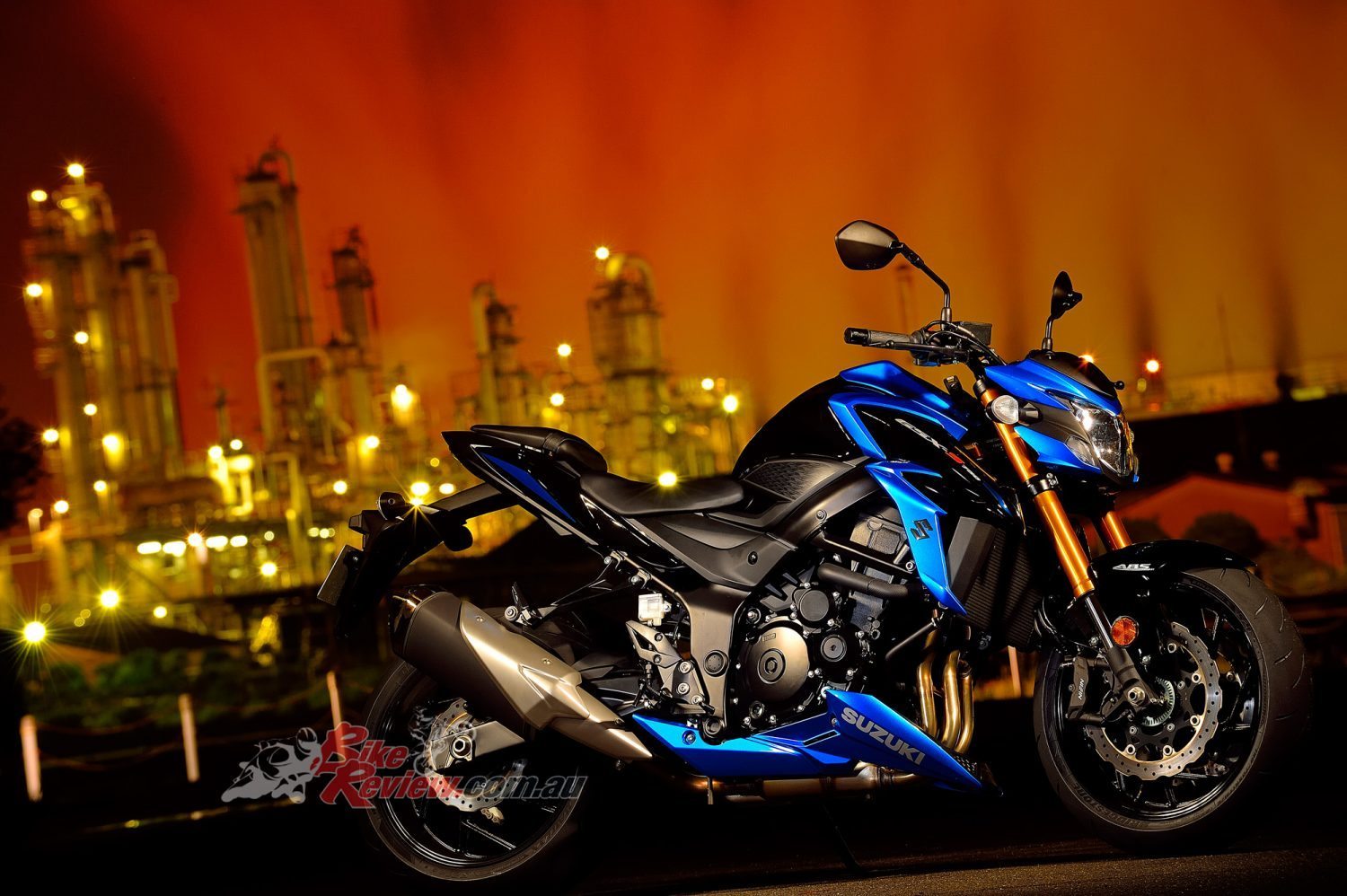 We’ve just been to the Australian launch of the new for 2017 GSX-S750, the second model to be released here in Australia in the GSX-S family, and replacement for the outgoing GSR750. The full test is on the way, but in the meantime, here’s a look at some of the updates and new features, particularly in comparison to the GSR750.

This isn’t an exhaustive list but looks at some of the many improvements! 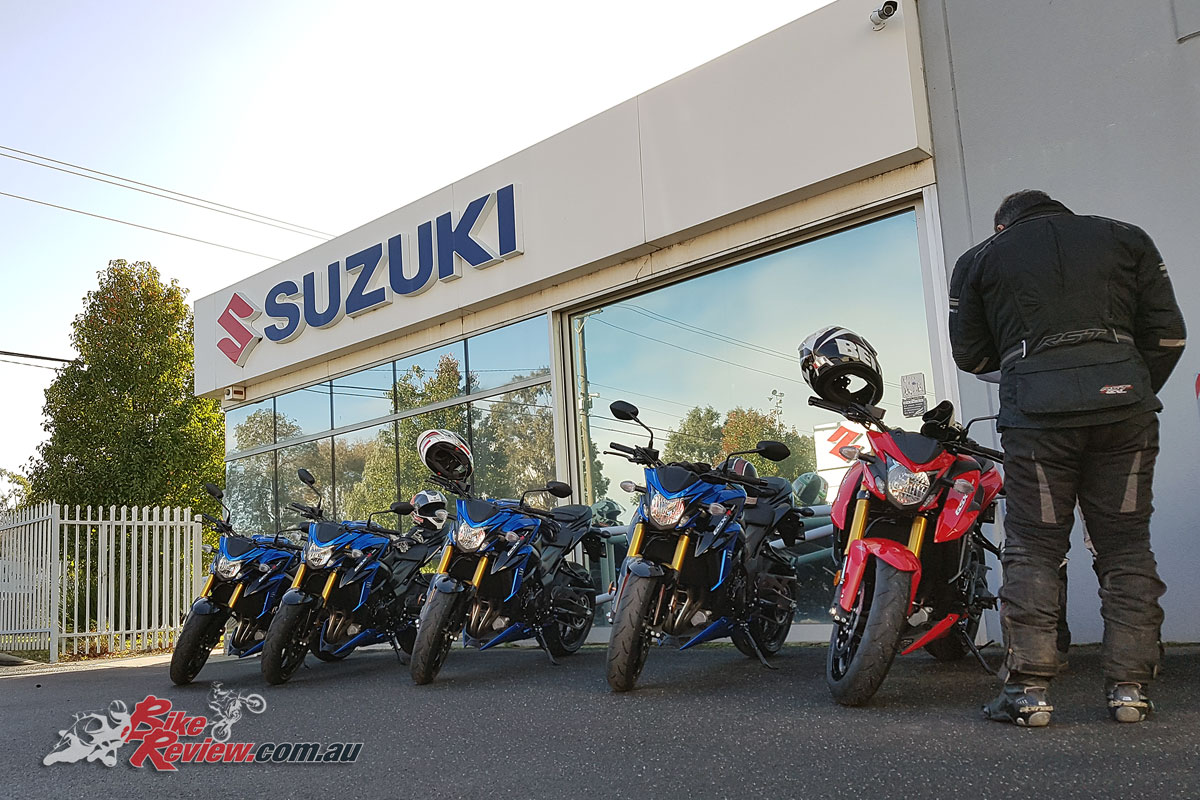 While the Suzuki GSR750 had a lot to offer for a competitive price it certainly wasn’t winning any category awards for looks and styling, being a bit long in the tooth in that regard. The GSX-S750 on the other hand, takes inspiration from the larger GSX-S1000, with a more futuristic, flowing and integrated look. It’s available in three colour options, Mira Red, Metallic Triton Blue and Mat Black. 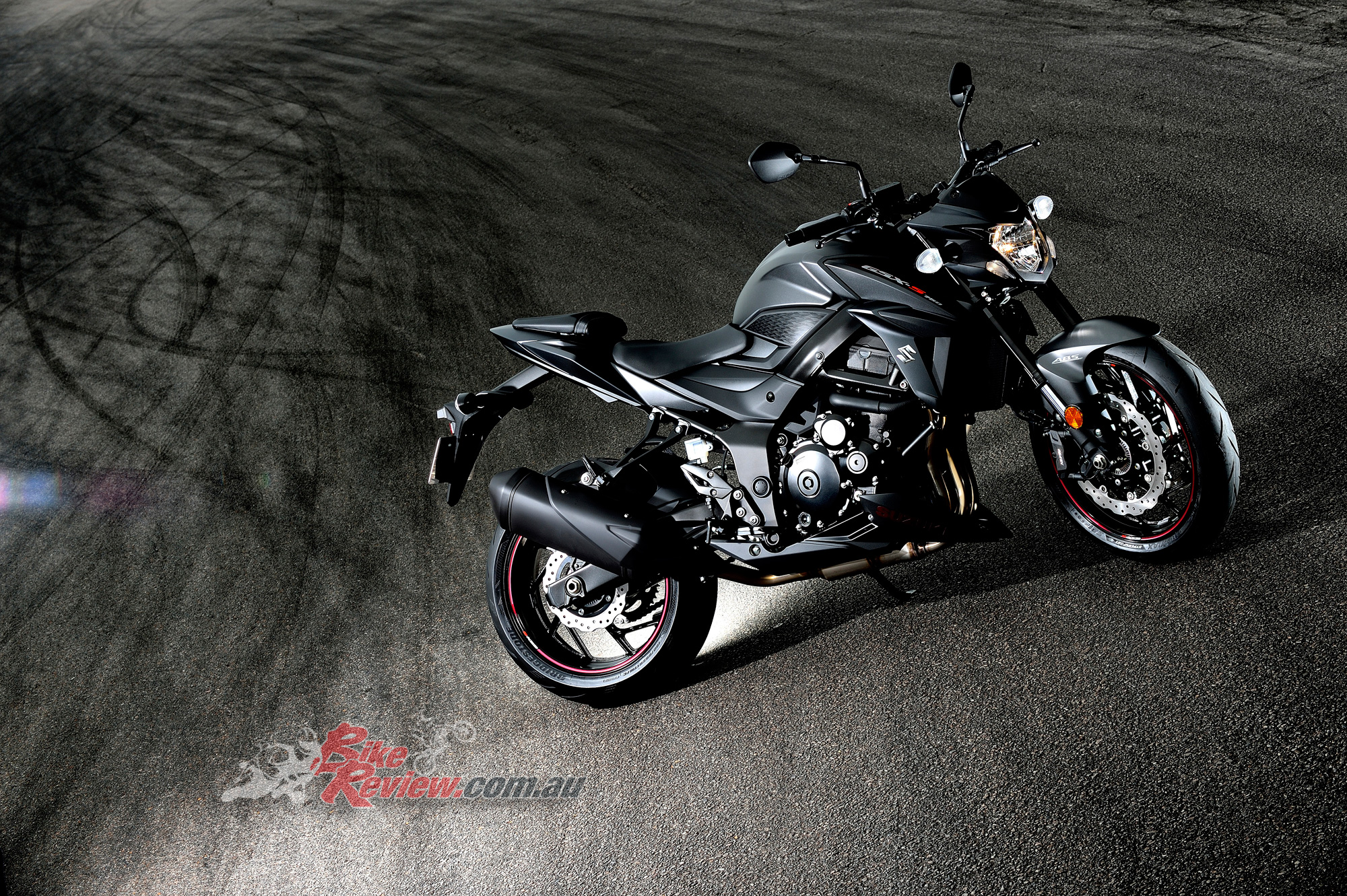 All blacked out in Mat Black. 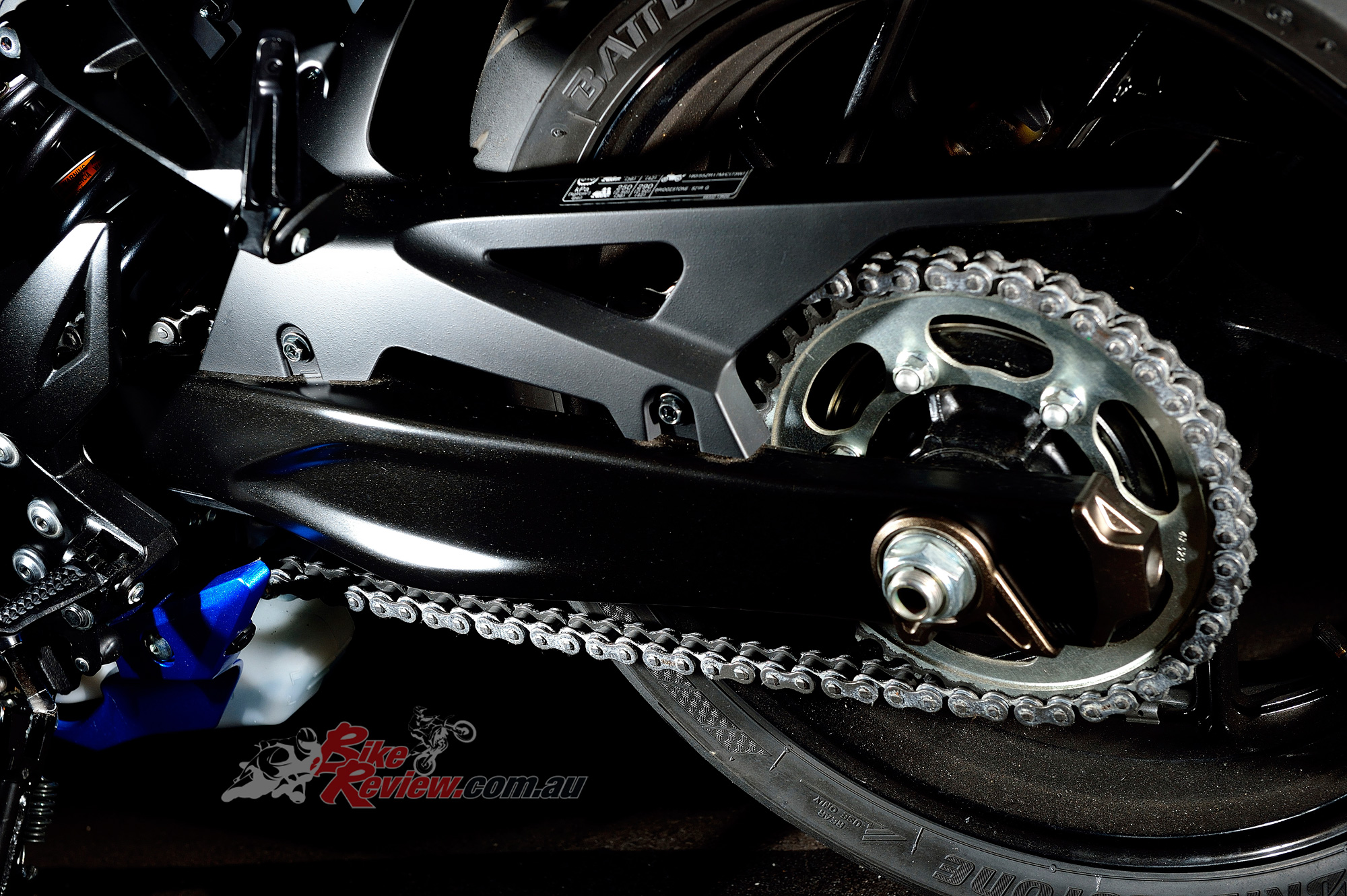 Other styling features are the new tapered swingarm, replacing the dated box design, cool new 10-spoke wheels and petal rotors. Looking at some of the concept sketches that Suzuki had they’ve kept the GSX-S750 pretty close to what they envisaged. 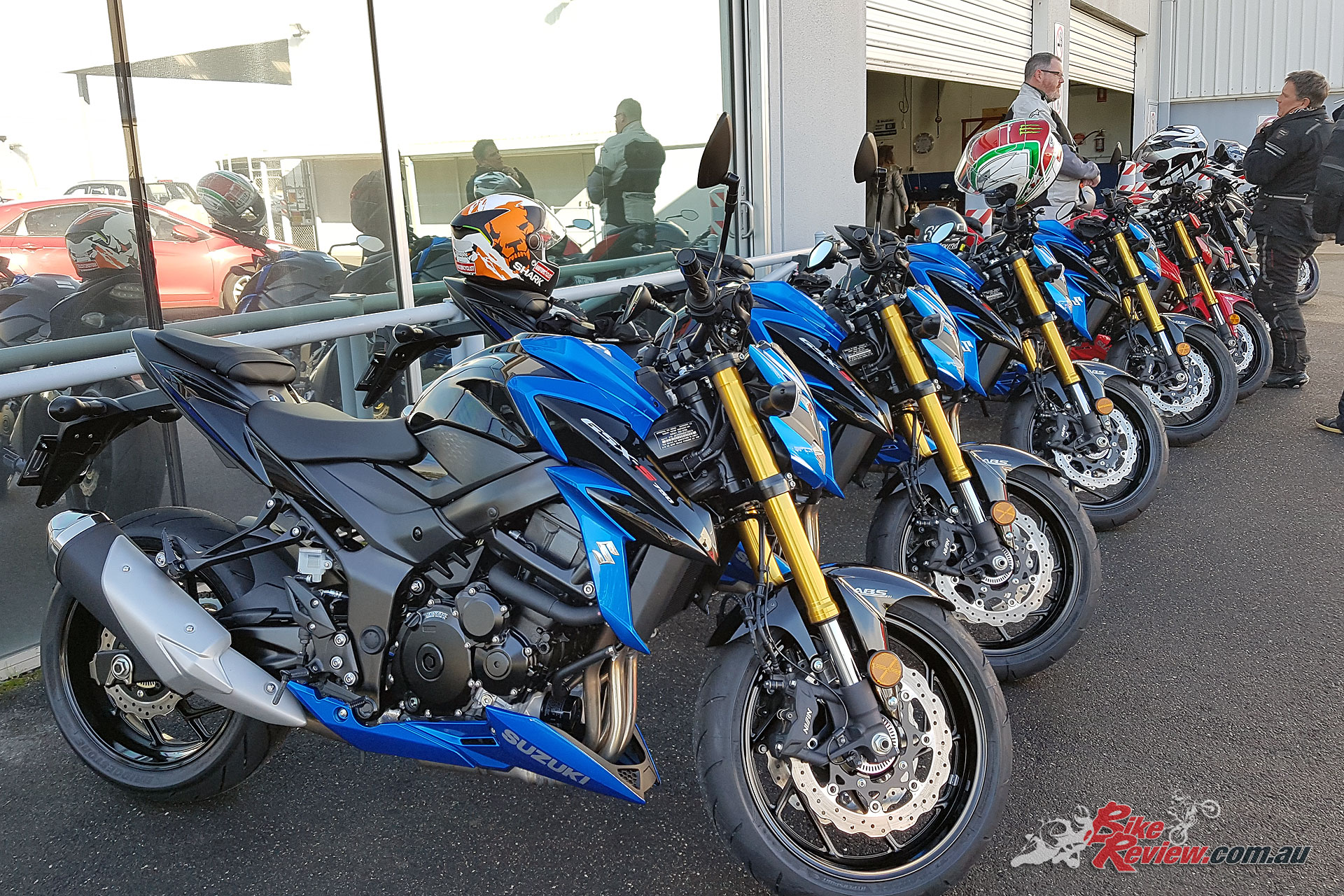 Electronics are updated with the traction control system from the GSX-S1000, plus the Easy Start System and Low RPM Assist. You probably won’t notice the Low RPM Assist actively working, and the Easy Start System is just a one press toggle. The three level traction control system which can be switched off is the big showcase item here, offering different levels of intervention and safety depending on your needs and the conditions. 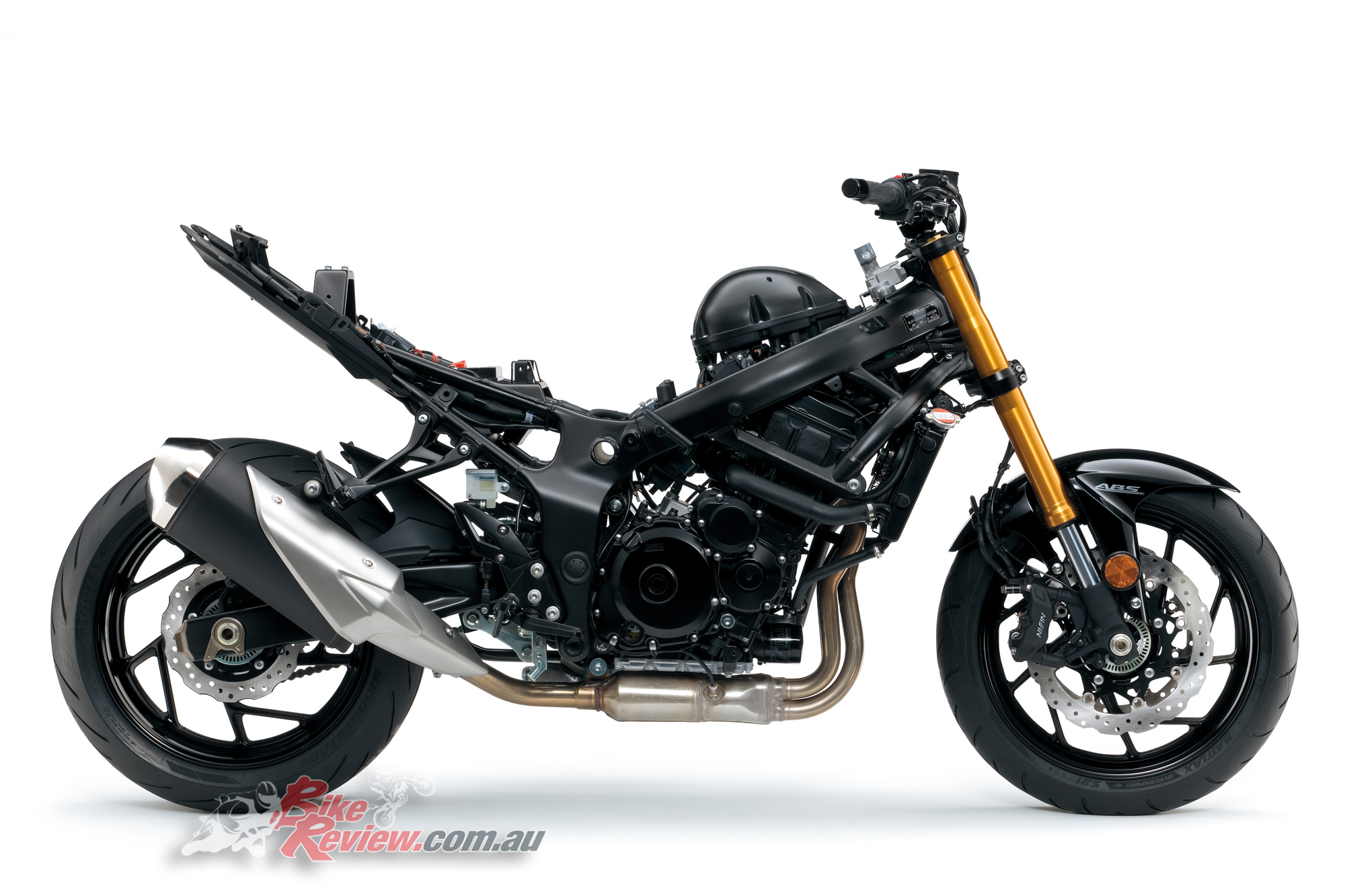 Revisions to the engine (and exhaust) offer more power, a little more torque and Euro4 compliance.

The engine is based on the K5 GSX-R750, but revised from the version found on the GSR750. It now offers eight per cent more power (up to 112hp) and there’s a small increase in torque as well. Revisions include cylinder ventilation holes which reduce pumping losses and increase top end power. 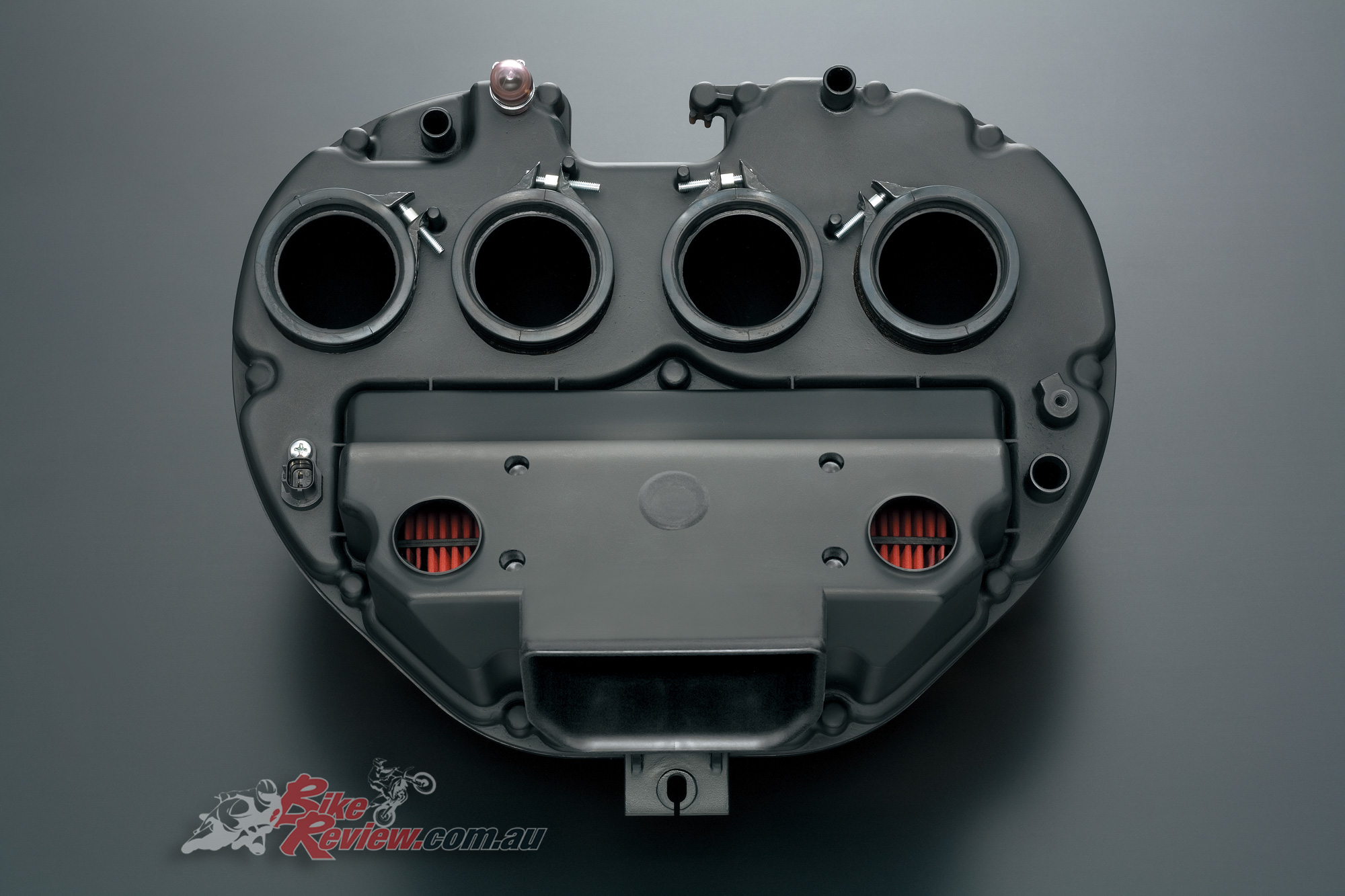 The induction howl is great, and comes into play even at normal road speeds if you’re aggressive on the throttle and don’t upshift early.

Suzuki has also done their homework while designing the airbox. As emission and sound restrictions get ever harsher the GSX-S750 is Euro4 compliant and offers better fuel economy, but also has a great induction howl. That was designed into new airbox and really comes into play while revving the GSX-S750 out. You can bring that character out in the bike in the lower gears even at legal speeds too. 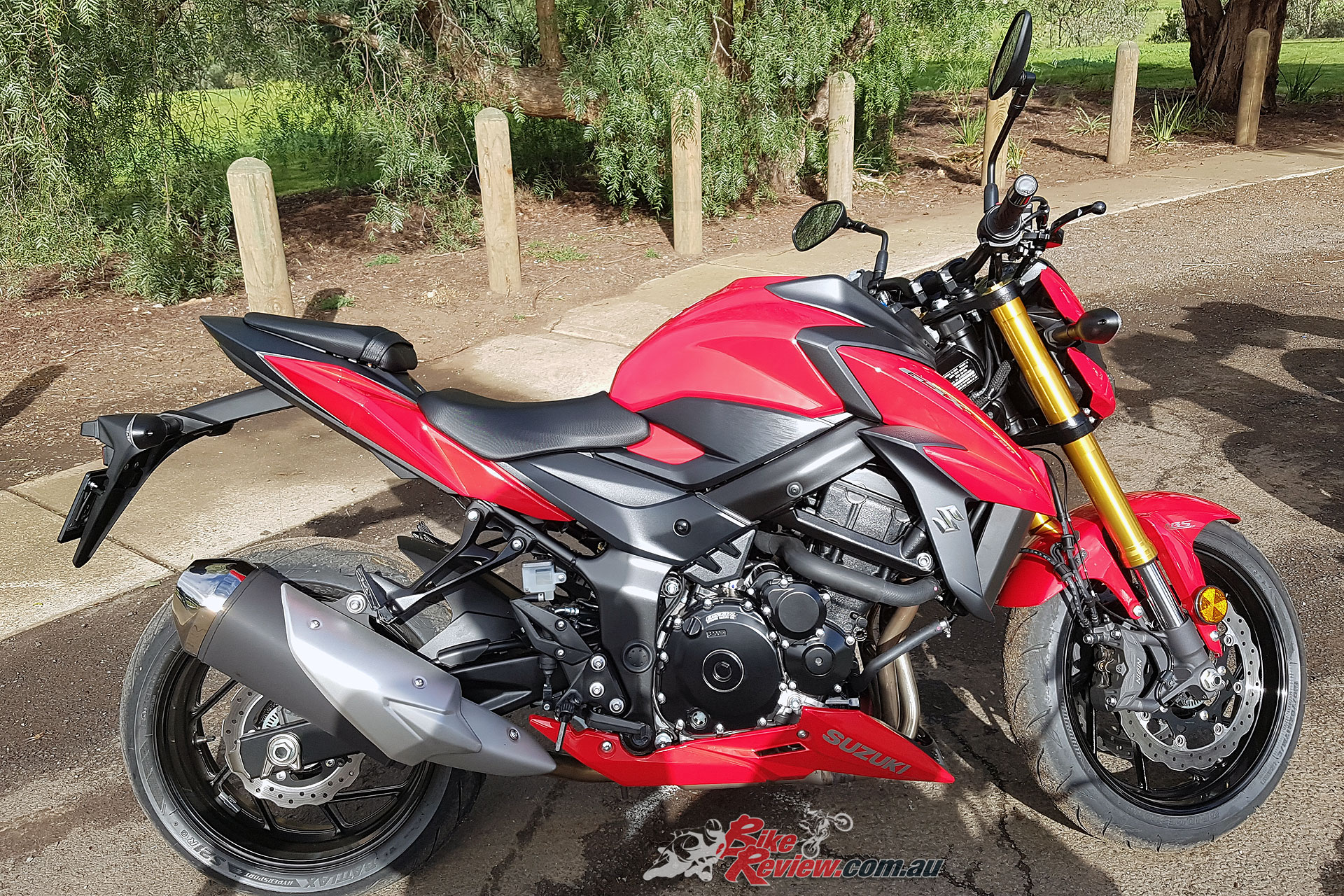 Gearing is shorter, except in sixth which is the same as was found in the GSR750 that this model replaces.

Gearing has been revised, with gears one to five shorter, offering a more intense acceleration experience. Top gear, sixth retains the same ratio as on the previous GSR750, offering highway economy. 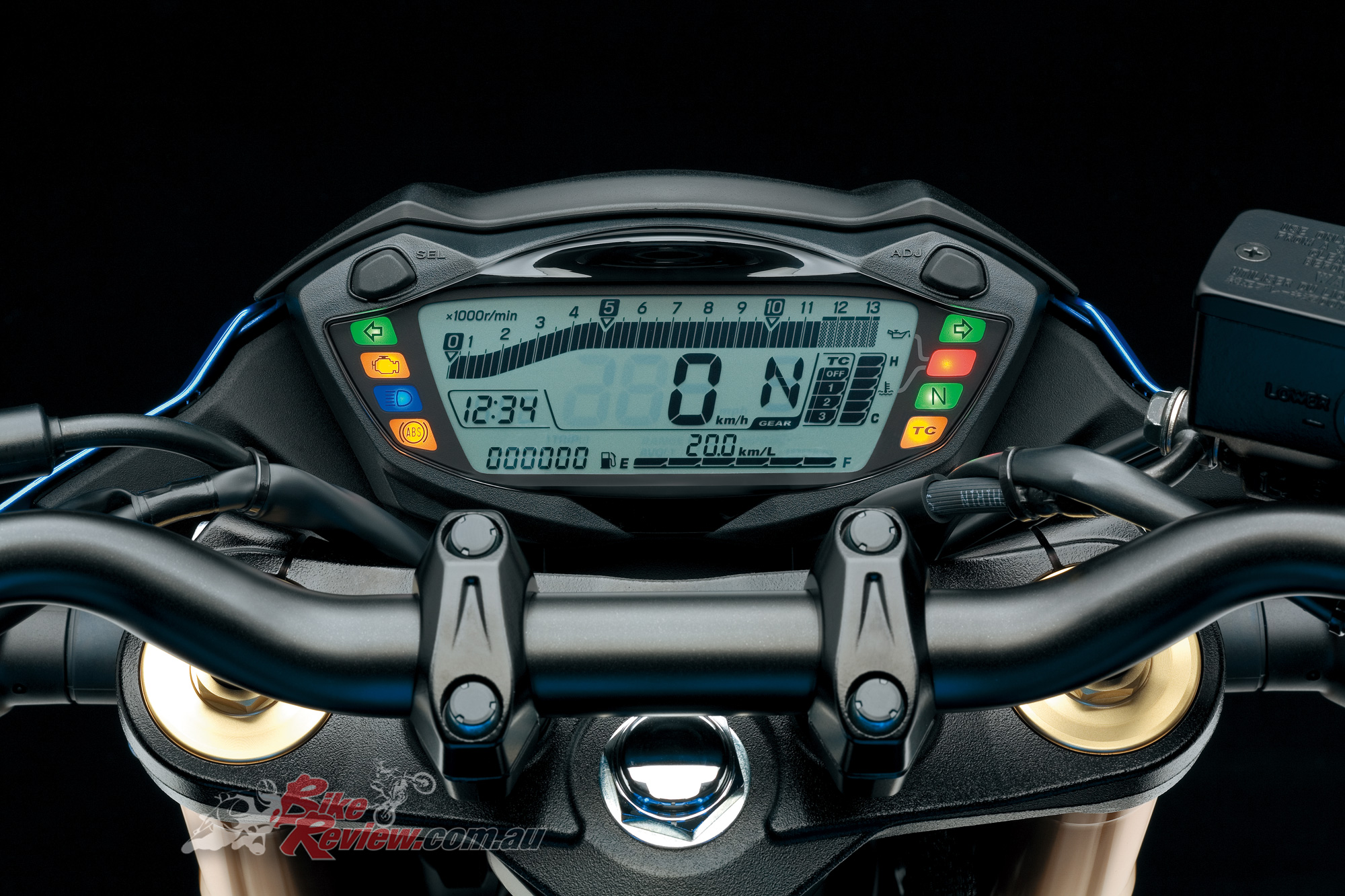 The instrumentation is the LCD display from the GSX-S1000 and offers easily seen and comprehended information. The left switchblock allows you to toggle through the different info readouts, as well as control the traction control level. 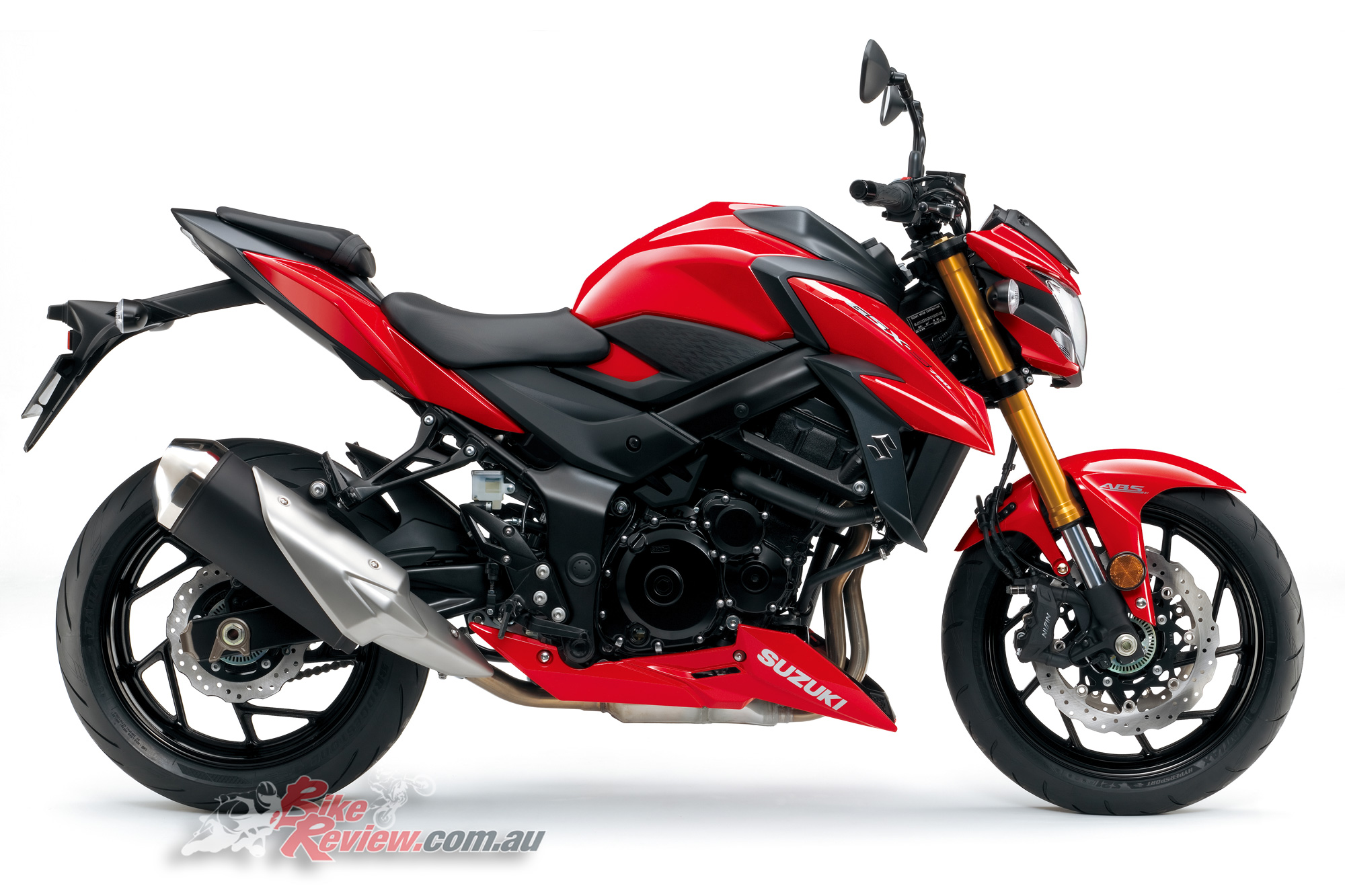 A competitive $11,490 plus on roads makes the GSX-S750 a great option, and the Mira Red was my favourite!

Lastly the price, Suzuki has the GSX-S750 competitively placed at $11,490 + ORC RRP or $12,990 On Road MSRP. That MSRP is based on the most expensive state, so is probably pretty accurate for NSW, but may vary elsewhere. Check with your local Suzuki dealership. 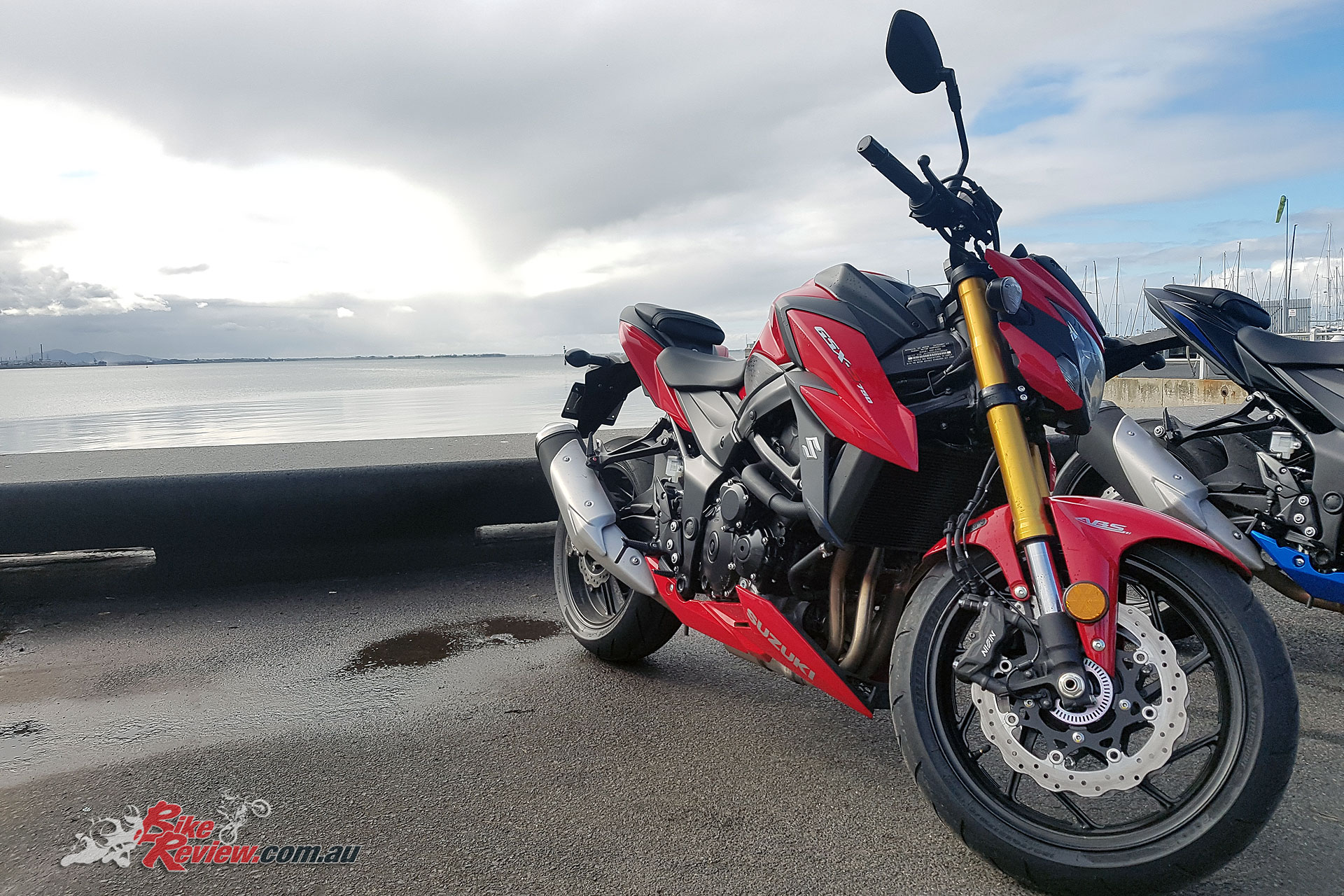 Stay tuned for our full test. For more information check out the Suzuki Motorcycles website. 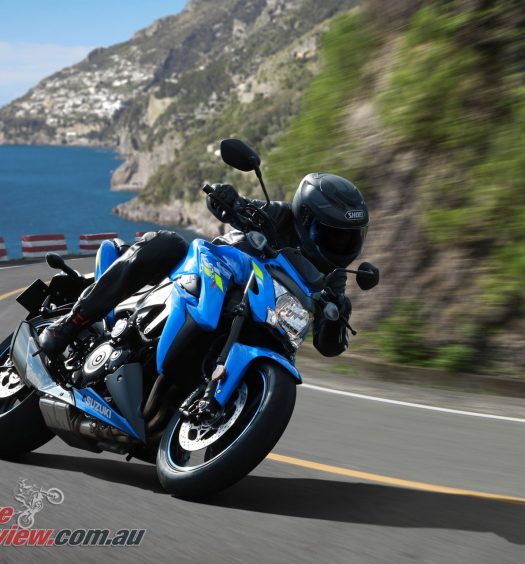 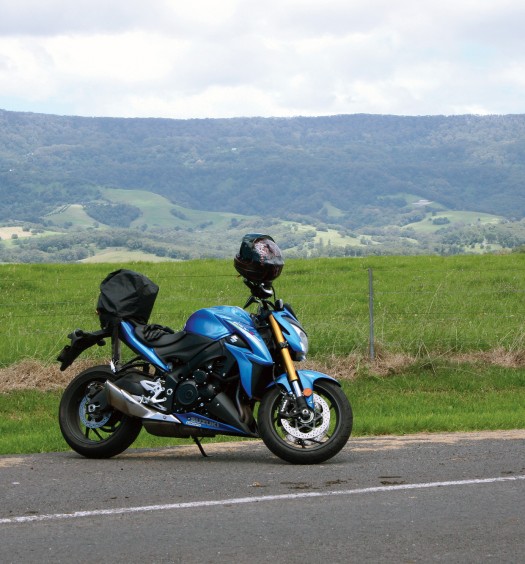