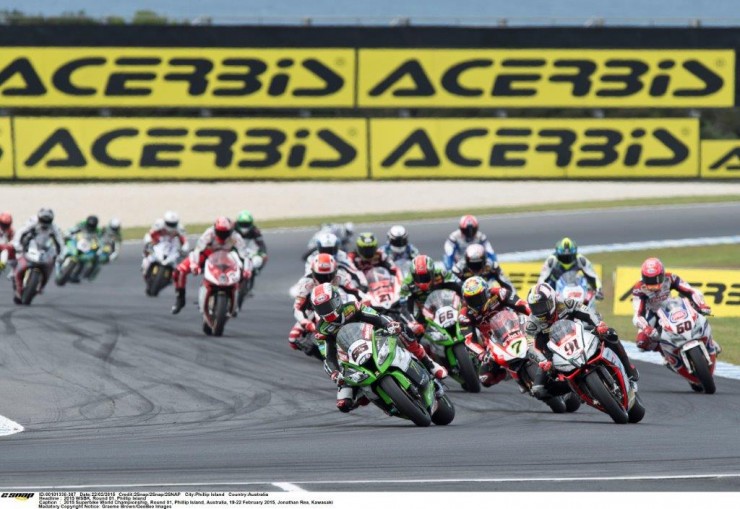 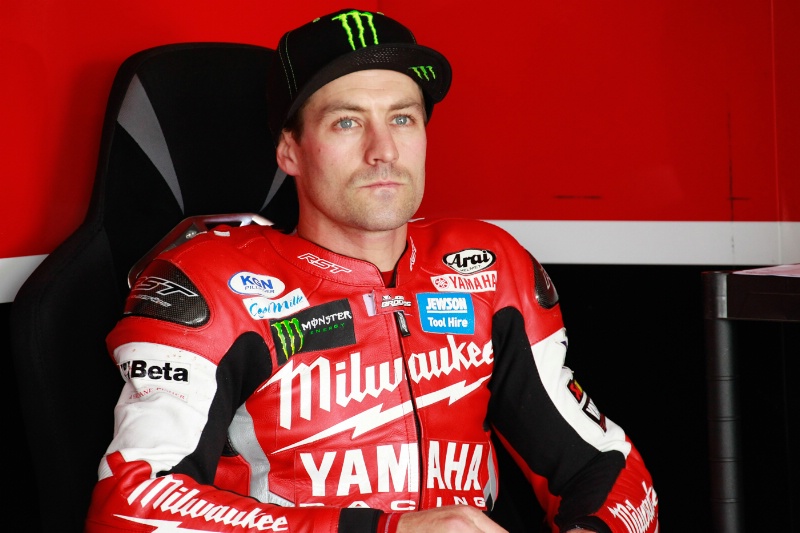 Australia’s stocks in the Superbike World Championship have been given a massive boost with news that motorcycle ace Josh Brookes will line up in the 2016 instalment of the production-based series, starting at Victoria’s Phillip Island Grand Prix circuit from February 26-28.

The Sydneysider, a stunning winner of this year’s British superbike title, will take to the world stage in 2016 with the same team (Shaun Muir Racing) and sponsorship (Milwaukee) that saw him dominate in the UK, but the hardware will be different as he switches from a Yamaha to the BMW Motorrad S 1000 RR – a bike he hasn’t ridden before.

“I’m excited to be back in world superbike and to go there with the same team I won the British superbike title with is perfect,” said Brookes who hails from Bringelly, and returned to Sydney yesterday after his winning year in the UK. “I haven’t raced a BMW before, but the bike and factory are proven and I am certain it will be competitive.

“Everyone’s ambition was to move forward, and it was the same for our team manager to our mechanics and crew to me. We all had the attitude, that we wanted to reach for the next challenge.

“We looked at options from a number of manufacturers, but we felt for world superbikes BMW offered the best bike to cater for the current rules of world championship.”

The Milwaukee team will test the BMW for the first time in January in Spain, before heading to Australia for the final pre-season test in mid-February and then its championship debut in front of a packed house of home-town fans at the island.

Brookes is certain he heads to world supers with the right squad, and believes with the bike and the support of BMW Motorrad Motorsport they’ll start the championship strong.

“For me, the team component is extremely important. I have raced with Milwaukee for two years, we’ve won the BSB title together, and I know them, and they know me.

“We have continuity and we share a very strong bond. They understand that I am an Australian, and like most Australians, I am a straight talker. I tell it like it is.

“You know, I’ve always been there to get a job done. And sometimes you have to say it straight, get to work and get a bike sorted. Sometimes Aussie directness, can come across as aggressiveness, especially from people from differing cultures.

“With my team, I’m not going to have to spend a year getting to know people. We are on from day one and we all believe the BMW has not yet reached its potential so we’re ready for the challenge and some great racing in 2016.”

After winning three Australian road racing titles, including the superbike/supersport double in 2005, Brookes competed in the world superbike title in 2006 and a large chunk of 2007, before moving to world supersport until the end of 2008 where he took third in title chase.

The New South Welshman then joined the British superbike scene in 2009, finally converting a constant stream of top five finishes into championship success in 2015.

Brookes ruled the roost in the UK on the all-new Yamaha YZF-R1M, but with the Japanese manufacturer choosing to return to world superbike in 2016 with Sylvain Guintoli and Alex Lowes as its two pilots, Shaun Muir Racing instead switched allegiances to the potent S 1000 RR – which itself underwent a series of major upgrades just a year ago.

Milwaukee BMW is the second major team to announce that it’ll be racing the S 1000 RR in 2016, with Althea Racing (Jordi Torres and Markus Reiterberger) also in the German corner against the might of Kawasaki (Jonathan Rea and Tom Sykes), Ducati (Chaz Davies and Davide Giugliano) and Honda (Nicky Hayden and Michael van der Mark).

During his local racing days, Brookes was a regular winner at Phillip Island, and the 4.45km grand prix circuit was also the scene of one of his most memorable victories as a wildcard in the 2004 world supersport round, where he just edged out countryman Kevin Curtain in a cliff-hanger finish. Brookes also won a second world supersport race at Donington in 2008.

The last Australian to win a world superbike race was Troy Bayliss in 2008, who signed off on his stellar career with a double victory in Portugal.
Check out www.ticketek.com.au for tx to Australia’s 2016 FIM Motul Superbike World Championship, February 26-28, at the Phillip Island Grand Prix circuit with a three-day General Admission pass at $115* per adult, Sunday only 80* per adult, and kids 15 and under free**.

To make your world supers adventure super affordable, camp on circuit for just $100* per person for four nights – kids 15 and under free**, when accompanied by a paying adult. The campground is situated above Southern Loop with views across the circuit to Bass Strait.

If its action and speed you love, check out a summer long-weekend at the world supers at www.worldsbk.com.au or for tickets www.ticketek.com.au