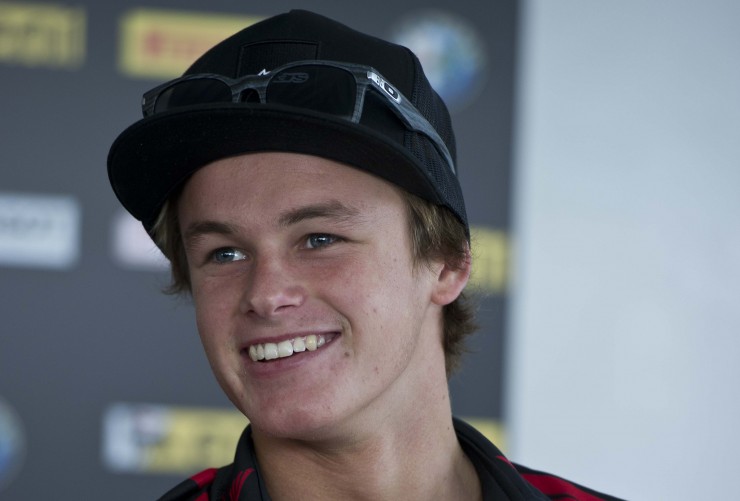 Josh Hook to race WorldSBK in 2016

Hook will debut for Grillini at his home circuit, Victoria’s Phillip Island Grand Prix circuit, with the world season kick-off in Australia from February 26-28.

In a quirky twist of name, it will be the two Joshes – Hook and Brookes – that will lead a new era of Australian representation in WorldSBK, a decade on from the success of Australia’s two Troys – Bayliss (who like Hook, hailed from Taree) and Corser- in the 90’s and 00’s.

Like the Troys before them, the Joshes are both highly rated Aussies, and will bring a level of Australian competitiveness to the world championship not seen since Bayliss and Corser who last dominated when they sat first and second in the 2008 championship. 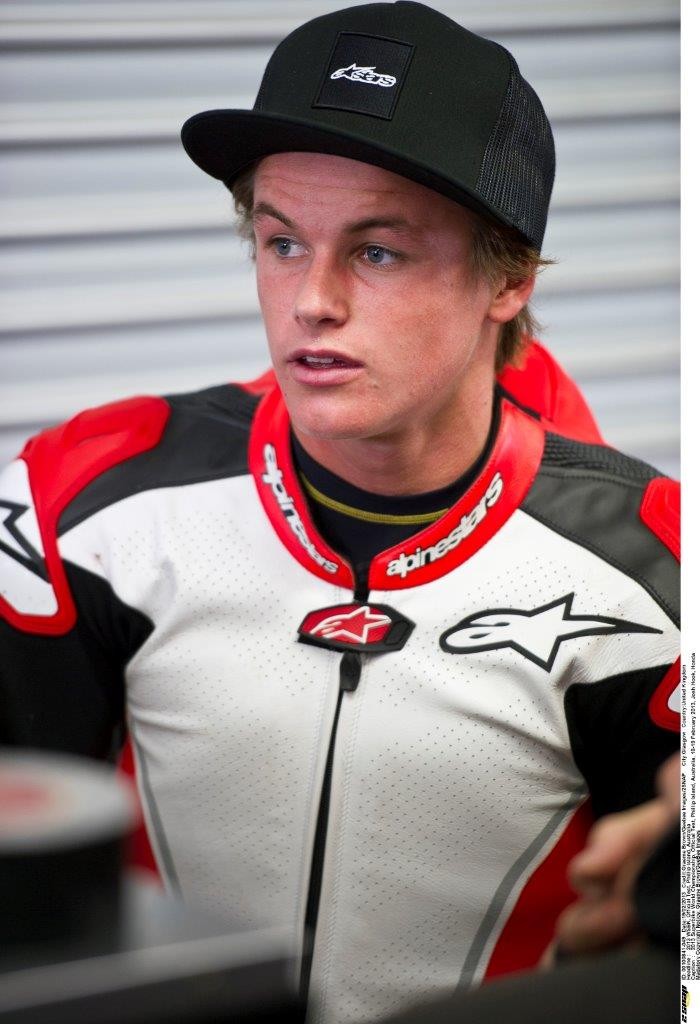 Hook, 22, will ride alongside Swiss rider Dominic Schmitter at Grillini Kawasaki, across a number of circuits which were familiar to him during his Red Bull MotoGP Rookies Cup campaigns in 2009 and 2010.

Hook then returned to Australia and won the 125 GP Aussie title in 2011 before joining the powerful Team Honda outfit from 2012-2014, competing across both the superbike and supersport categories.

In 2015 Hook raced in Japan, with his best result a second place in the iconic Suzuka 8-Hour world endurance race alongside Dominique Aegerter and Kyle Smith. Hook then deputised for the injured Aegerter in the final four Moto2 world title rounds, which included Phillip Island.

“It’s an amazing opportunity and I can’t thank Grillini Racing Team enough for making it possible,” said Hook. “It’s a new machine, championship and team for me but I’m looking forward to the challenge and I’m sure we can make good results with this package.”

Hook is now in Monaco in preparation for Grillini’s 2016 season launch, but the real business will begin when he starts testing the revamped ZX-10R, which has already been given glowing reports by factory Kawaski riders Jonathan Rea and Tom Sykes. Rea is the current world champion.

Brookes recently announced that he would be making the switch from British superbike to WorldSBK in 2016, on a BMW S 1000 RR alongside former MotoGP rider Karel Abraham.

Hook, Brookes and all the WorldSBK stars will make their way to Philip Island on February 22-23 for the final pre-season test before round one commences a few days later, back at the spectacular Victorian grand prix circuit.

In 2016, the traditional double-header Sunday WorldSBK format will be jettisoned in favour of one world superbike race each day, with both 22-lappers at Phillip Island to be held at 3:00pm on February 27 and 28 respectively.

World Supersport will also return alongside a full program of support events for the domestic superbike, supersport, historic and moto3/125GP classes.

Tickets to round one of the FIM Motul Superbike World Championship at Phillip Island from February 26-28 are $115* for three days, $80* for a Sunday pass with kids 15 and under free**. And to make your WorldSBK adventure super affordable, consider camping at the circuit for just $100* per person for four nights, with kids 15 and under free** when accompanied by a paying adult. The circuit campground is situated above Southern Loop with views across the circuit to Bass Strait. For more information visit www.worldsbk.com.au.