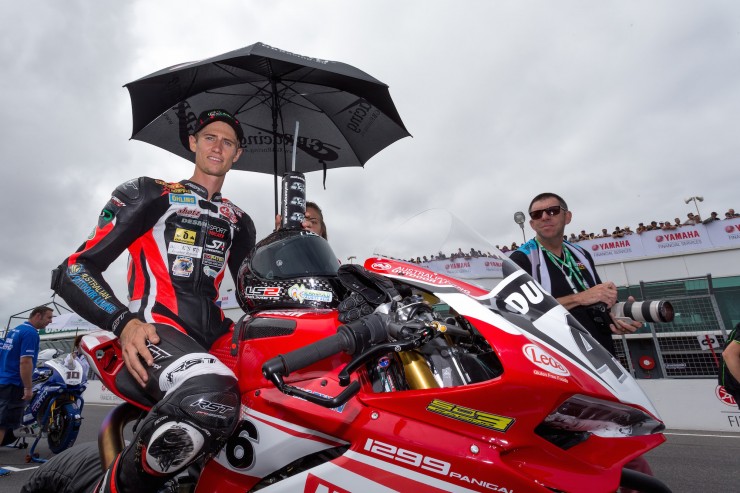 DesmoSport Ducati’s Mike Jones performed on the world stage Saturday, as the first race of the Yamaha Motor Finance Australian round of the 2016 World Superbike Championship was run and won at Phillip Island.

Australia’s very own Jones was on the pace as soon as his Ducati machine hit the track this morning, posting the eighth quickest lap time in WSBK free practice (1:31.913) before coming off his bike and crashing towards the conclusion of the session.

Thankfully, and with a fantastic team in his corner, Jones was able to get to his feet and was in good spirits ahead of World Superbike Superpole.

With a full schedule this weekend racing both the ASBK and WSBK, straight after his crash in the WSBK practice session, Jones was back on the bike racing in the Australian Superbike class, where he collected his first podium (2nd), before lining up for WSBK Superpole 1.

Jones was able to wrap up Superpole 1 in 11th position which after Superpole 2 gave Australia’s Superbike wildcard Jones 21st position on the grid.

And when the first World Superbike race got underway, Jones wasted no time in his charge to make up positions, moving down to 18th position by only lap three.

By the halfway mark in the race, Ducati mounted Jones had managed to execute another pass, and move in to an impressive 17th position. And when the chequered flag flew, Jones crossed the line in an outstanding 14th, collecting his first ever World Superbike Championship points. 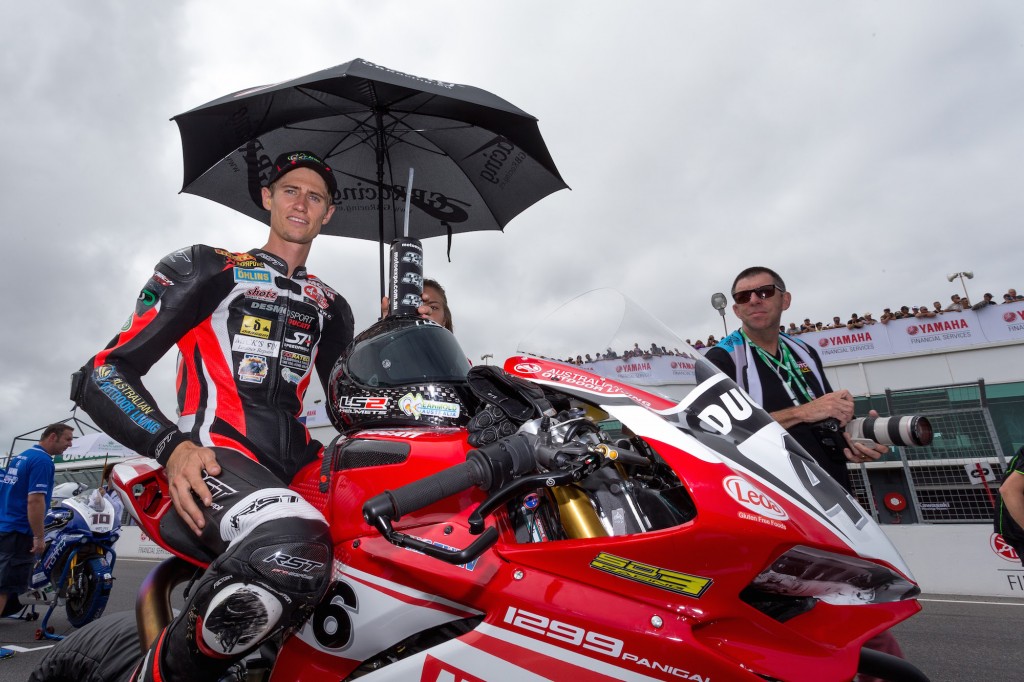 “I’m feeling pretty good after my first race in the World Superbike class, I would have liked to have gone better but overall the result is not too bad, and we’re really happy with how the DesmoSport Ducati team is working,” he said.

“My qualifying wasn’t ideal and I think to start from 21st on the grid that my finishing position is quite surprising.

“It’s really cool to have got my first World Superbike Championship points. To come here and in the first race, get in the points is awesome.

“I’m loving being out there in front of the Australian crowd – to have their support this weekend is fantastic, and I couldn’t be happier to have so much support.”

In the World Supersport category, Australia’s wildcard Ant West (Green Tea X50) shot to the top of the times in his third practice session this morning with a 1:34.652 lap time, slotting himself into fourth at the conclusion of free practice. Fellow World Supersport Wildcards Mitch Levy (Landbridge Racing) wrapped up the third free practice in 23rd(1:36.312) and Kane Burns (Burns Racing) who concluded the session in 25threspectively.