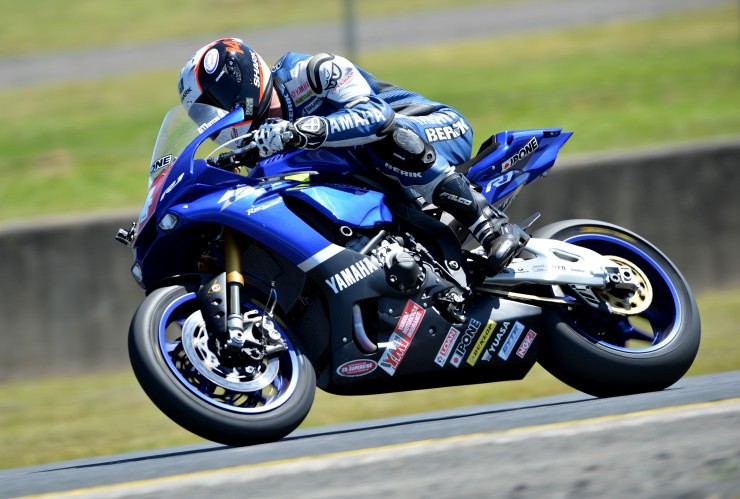 Glenn Allerton looking to build on a prmoosing 2015 season 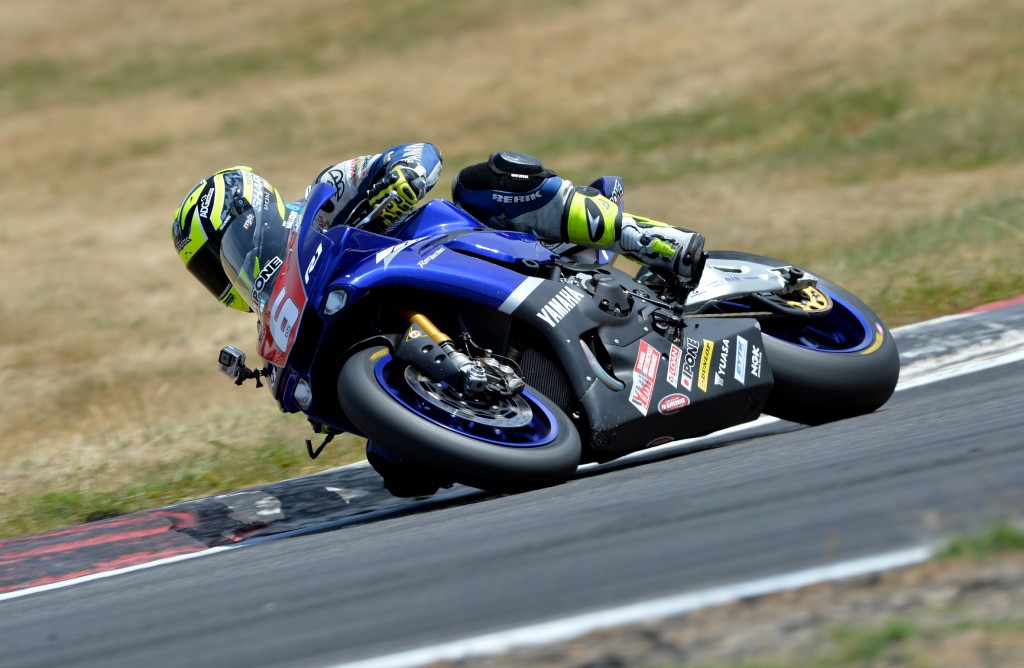 Cru Halliday is looking to cash in on his speed in 2016.

YRT will continue to focus on racing the six round Australasian Superbike Championship, with the season opener taking place at Sydney Motorsport Park on March 11-12.

With the 2015 season under their belts on board the potent Yamaha YZF-R1M, Maxwell, Allerton and Halliday will hit the opening round with plenty of confidence and a full head of steam with a bike that has already gone through its development processes in 2015. 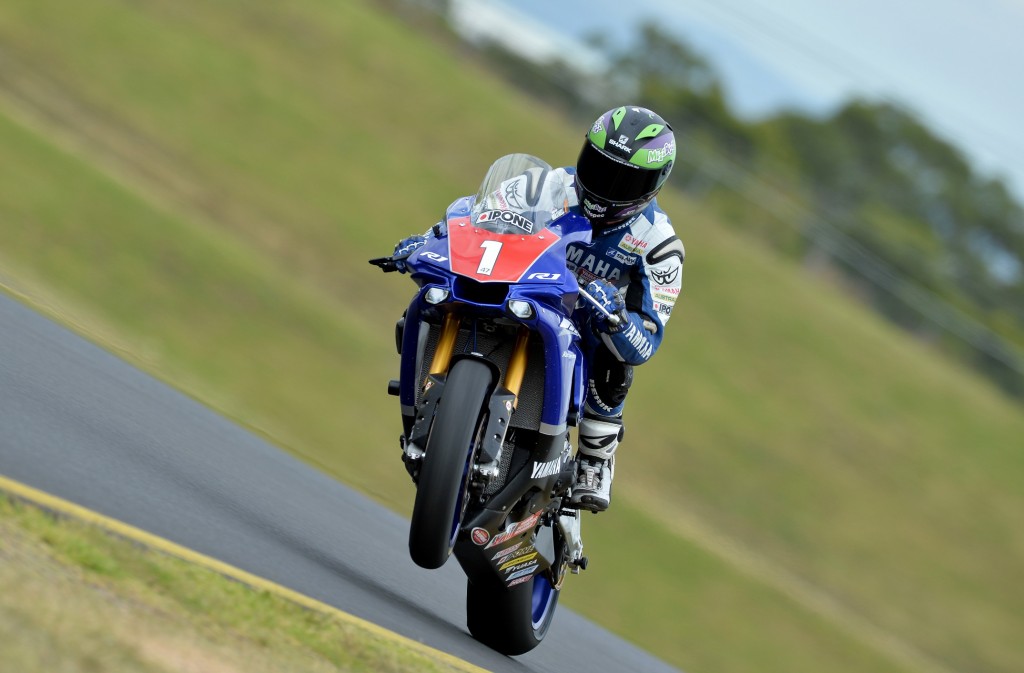 Wayne Maxwell is back for YRT in 2016 and out for revenge.

Maxwell, the 33 year old Victorian, is more determined than ever to reclaimthe Australasian Superbike Championship after a gut wrenching one point loss in the 2015 championship chase that came down to the final race of the season.

2015 saw Maxwell take two round wins, dominating at the Winton round, a second and three thirds in a consistent year but that one point defeat has only fuelled the fire inside the former champ and with a bank of knowledge on the R1 and the 12 month relationship with the YRT crew, Maxwell will be a man on a mission in 2016.

“I’m really looking forward to 2016 and the second year working with the Yamaha Racing team and the R1,” Maxwell said. “We came so close to winning the championship in 2015 and I know that everyone at YRT is determined to get the championship back in their hands.

“We made some great progress with the R1 in 2015 and we also have a range of data on where the bike worked well and where we need to improve, so I feel we are well placed to make our strengths stronger and turn any weaknesses into positives.

“The off season has gone well for me, the team have everything in place and the continuity in our program should make for a better season than 2015,” Maxwell ends. 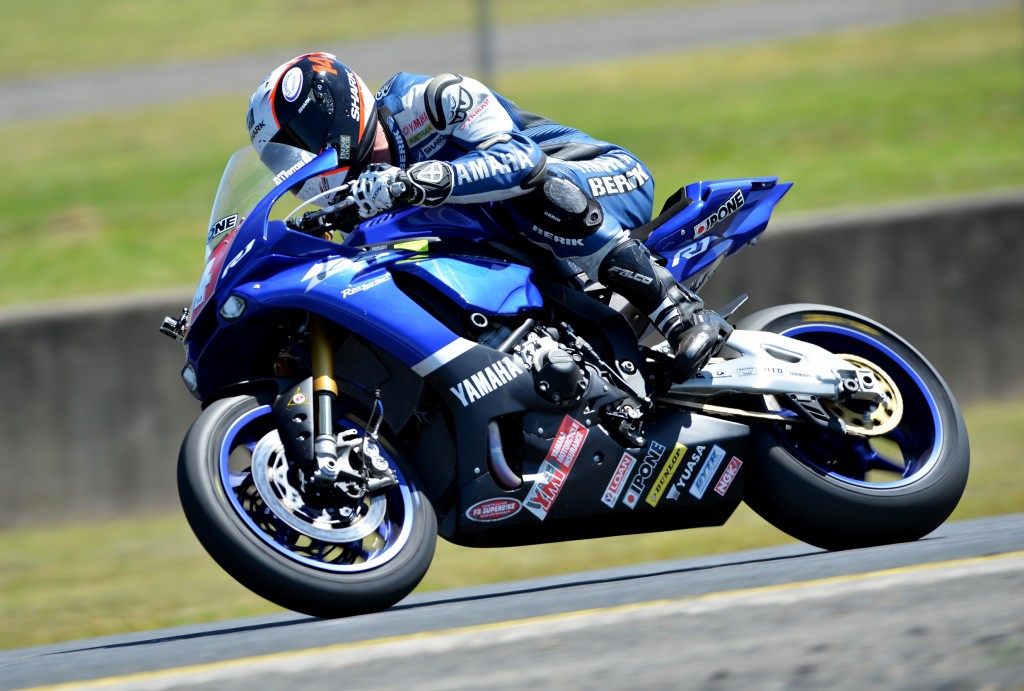 Glenn Allerton looking to build on a promising 2015 season.

Like Maxwell, Glenn Allerton will also be gunning to win this year’s championship and add to his three ASBK championships in 2008, 2011 and 2014 that he already has to his name.

The New South Welshmen came alive at the mid-point of last year’s championship, highlighted by an impressive performance at Queensland Raceway where he dominated proceedings all weekend. From that point on, Allerton was a treat to win every race he lined up for and thrust himself into championship contention that saw him finish the year in third place behind Troy Herfoss and team mate Maxwell.

“I’m really happy to be racing with Yamaha Racing Team again,” said Allerton. “We had a strong finish to the end of the year where I managed to put some good results together at the backend of the season and I started gel with the bike and the team. In saying that, I would have liked to have been stronger at the last round.”

But with an extensive testing schedule planned during the year, Allerton feels he will be in a much better position to race for the championship in 2016.

“We have a lot of testing coming up this year and the program for testing looks strong this year,” expressed Allerton. “This is important as we continue to learn and develop a new bike. We can build on what we picked up last year and with the starting package already at a high level, we should be in for a great season.

“I’m looking forward to getting back on board the bike at the end of this month.”

2016 will mark Cru Halliday’s fifth year with the Brisbane based Yamaha team and his third year in the premier superbike category. While he can never stop learning, Halliday is now an experienced competitor and he is determined to turn his undoubted potential into race winning results.

Cru claimed sixth in the 2015 championship, a result his is desperate to improve, but more importantly, he broke through for his maiden win in the Superbike division at his home track at Sydney Motorsport Park and wants that winning feeling again.

Halliday, who starts his 70th superbike race start in race one at the opening round of the FX-Superbike Championship also scored two more pole positions in 2015 so there is now questioning the speed of the Sydney based rider.

“It’s an honour to be back racing for Yamaha Racing Team again,” said Halliday. “I’ve always had a good relationship with the team and very thankful for the opportunity.”

“It was great to win my first superbike race and round last year, however that’s in the past now. I’m now focusing on 2016 and want to go after the championship. We’ll see were we after the first round, hopefully we can start the year off with a good result then build from there.”

“Kevin Marshall and the whole YRT crew have the bike sorted pretty well. There is no doubt in my mind these bikes are going to be more than ready for round one. Instead of being starting the year with an all new bike, we are going to start the year off strong on a good motorcycle and get a good bag of points early.”

Under the management of John Redding and motorcycle development of the experienced Kevin Marshall, the YRT riders and crew are poised for a great 2016 season on a very exciting race bike in the R1.

In just its first year, YRT took the R1 to multiple pole positions and four round victories out of the six rounds contested in 2015.

The Australasian Superbike Championship roars into life at Sydney Motorsport Park in March before concluding at the same venue with a day / night spectacular in December.

For more information on the ASC, www.fxsuperbikes.com.au