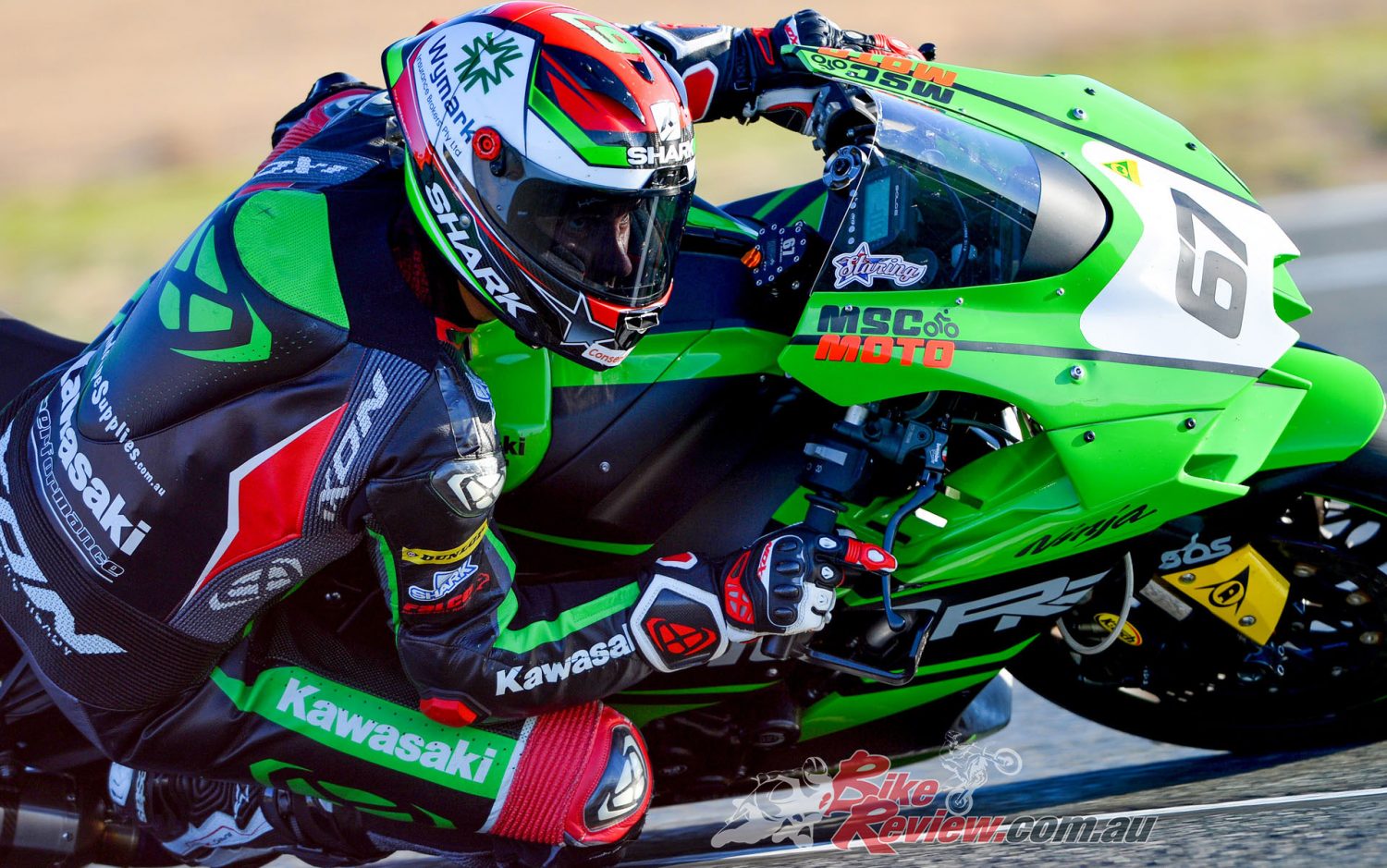 There is this concentration level you can achieve in life where you cannot be distracted or disturbed, you have the highest level of attention achievable. The detail of what you feel is heightened by an increased level of sensitivity. It’s called getting in ‘The Zone’. 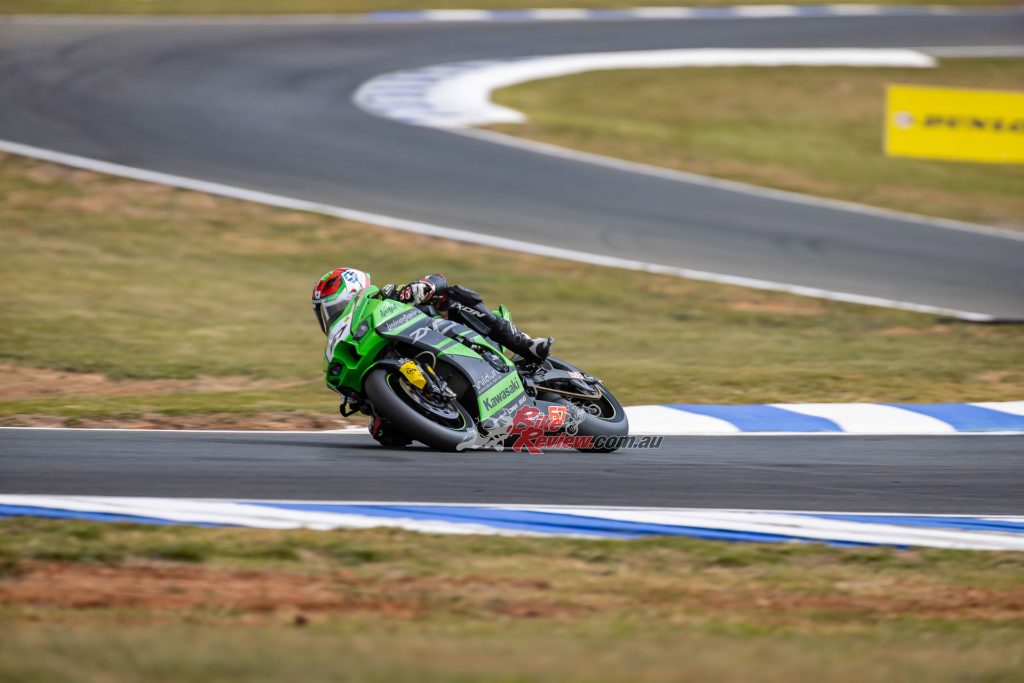 Bryan getting into ‘The Zone’ on the BC Performance Kawasaki Ninja ZX-10R at Wakefield Park – Pic: Foremost Media

Like the connection between the throttle and the rear tyre, between the brake lever and the front tyre, the way the suspension holds you up and pushes back against gravity, allowing the tyre to copy every bump. The rpm is like your heart rate, you can feel the power curve and shift precisely before over revving the motor. You are on the absolute limit of adhesion but in complete control. Even if you overstep the mark or cross the line, the bike gives you a warning. Telling its story through each contact point of the hands, feet and glute. When you can ride the bike like this, subconsciously, you can then use all your mental capacity to calculate strategy. This is when the rider can produce magic.

When a rider can create this level of concentration, we call it ‘The Zone’. The Zone is built on confidence, you cannot create such a deep connection with the bike in a short period. It’s true that for a one lap you can increase risk and ride the limit, producing a stunning lap time. However, if the real connection isn’t there, you cannot complete race distance consistently repeating your best lap time.

“The Zone is built on confidence, you cannot create such a deep connection with the bike in a short period…”

The zone requires a motivation level from the rider that is beyond searching for a paycheck. We saw this kind of performance from Jack Miller in Jerez and Le Mans. We saw it from Remy Gardner in Portimao last year, smashing the lap record on the last lap of the race. Currently, Maxwell and Herfoss are smashing lap records and setting a new standard of racing in ASBK. It is clear they are both very motivated and able to find the deep concentration level more often than the rest of us.

Video: Check out all of the coverage from Wakefield Park here

For me, the ability to race within The Zone isn’t free. It comes at the cost of unbearable prerace nerves. I’ve always said, “I would pay any amount of money to remove the nervousness inside my stomach before the start”. Generally, the nervousness only comes when you’ve also had a night short of sleep, unable to stop thoughts of each race scenario. Pressure is the stimulant creating the nerves. It is a horrible feeling yet one that is a necessary evil of delivering an elite level performance. Opposingley, when you are not in a position to fight for the win, sleep is easily found, and prerace nerves never appear. The rollercoaster of emotion is what allows the biggest pleasure. 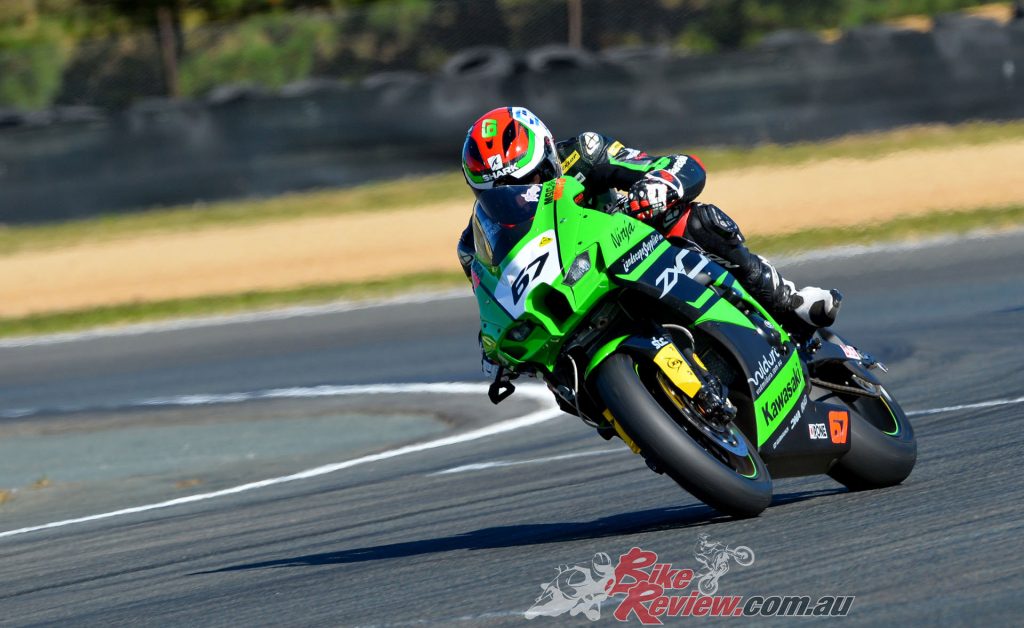 Bryan and the team are working on feel and fit so he can get down to that autopilot lapping and focus on strategy during a race – Pic: Foremost Media.

Reservation will remove you from The Zone. You can only ride to the limit you feel from the bike. Reservation might make you roll the gas off earlier, use less brake pressure, release the brake earlier, adjust the entry line to reduce the load on the front tyre, reduce the speed to close down a corner, open the gas slower, run you wide on the exit. Frustratingly, when this perceived limit is a long way off your competitors, pushing harder can often put you further behind. Spending time repairing bikes rather than turning laps isn’t productive. All these components combined are occupying space in your mind. These circumstances are hypothetical examples of why you would ride in a conscious state rather than subconscious.

“The crowd was exceptional and it was the biggest event ever held at Wakefield Park.”

Racing in The Zone is relevant to me now because we are in a period at team Kawasaki BC Performance where we are developing a new bike. Searching for a deeper connection between my hands, feet and glute. We are methodically prioritising each area that needs to be improved. Building our relationship and making adjustments of around a few millimetres at a time. I know we have a great bike with a higher potential than our previous one. We are improving and making the bike feel better with each day. I want to race subconsciously again and produce magic. It will require patients from both the team and I, requiring all our commitment to create the environment and package that I need to be able to ride in ‘The Zone’. 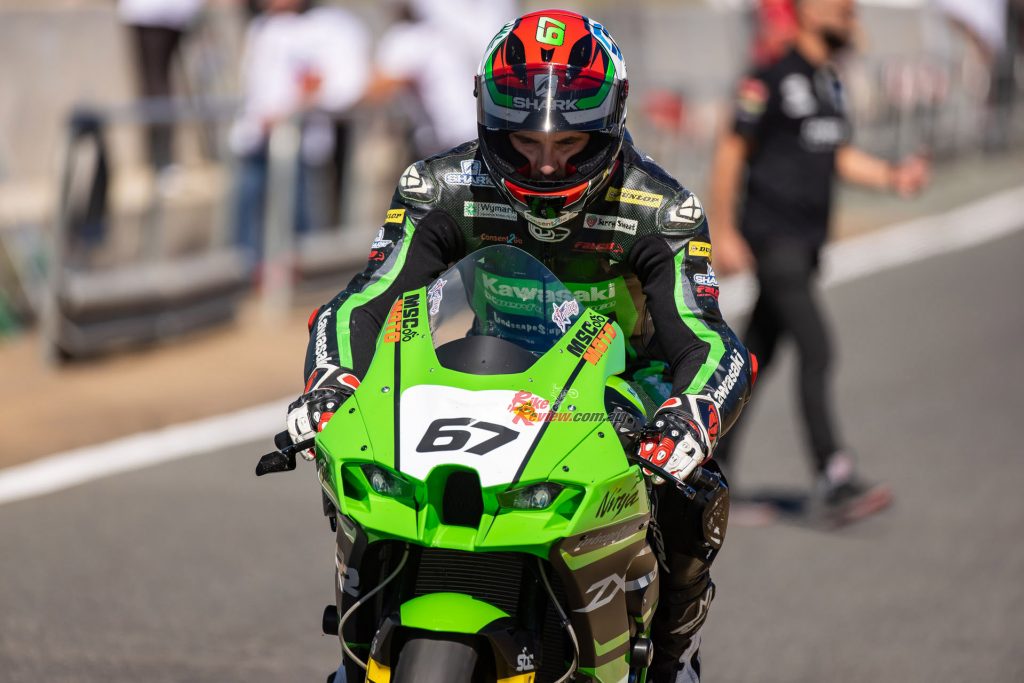 BS is looking forward to big June round in Darwin, alongside the V8 Supercars Series – Pic: Foremost Media.

As I have described in previous columns, it’s been a difficult start to the season for us. Although, the previous ASBK race at Wakefield Park was a big improvement. We were able to race for two 6th place finishes and reduced the gap to the front by around a second per lap. The event itself was an incredible one and showed how far our series has come. The crowd was exceptional and it was the biggest event ever held at Wakefield Park. We will continue our testing program through May in preparation for what will be our biggest event of the year at Darwin in June. I’m looking forward to racing alongside the V8 Supercar’s and bringing an action-packed motorsport weekend to the forefront of locals and TV. As soon as we’re back racing where we belong, it will be all the more enjoyable.

In case you missed any, here is a link to Bryan’s previous columns… Staring 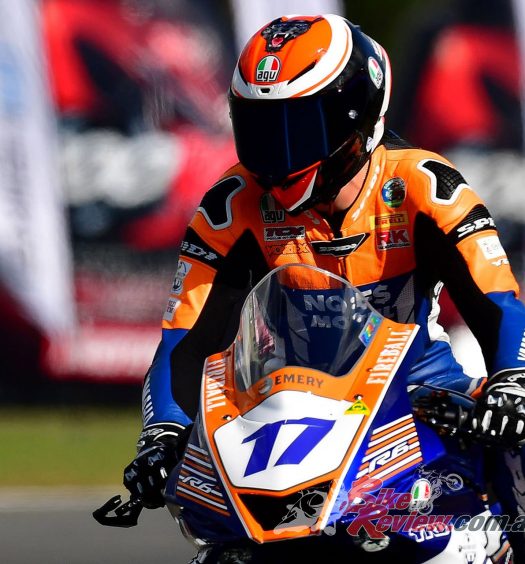 Read More
ASBK Gallery: The Best Shots Of 2021 So Far 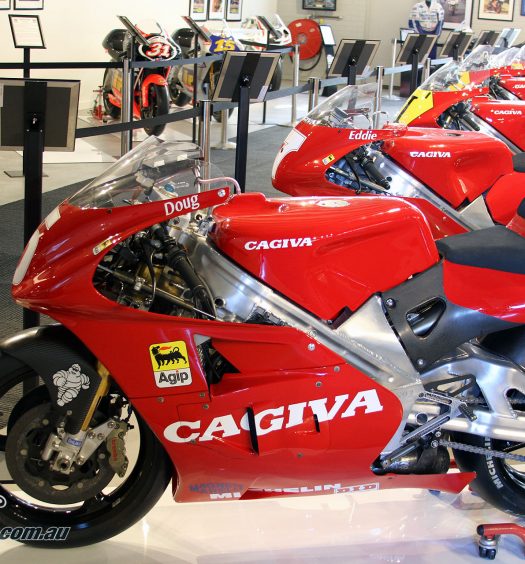 MDM heads to The Barber Motor Museum on a dream holiday!

Read More
MDM heads to The Barber Motor Museum on a dream holiday!
Submit a Comment