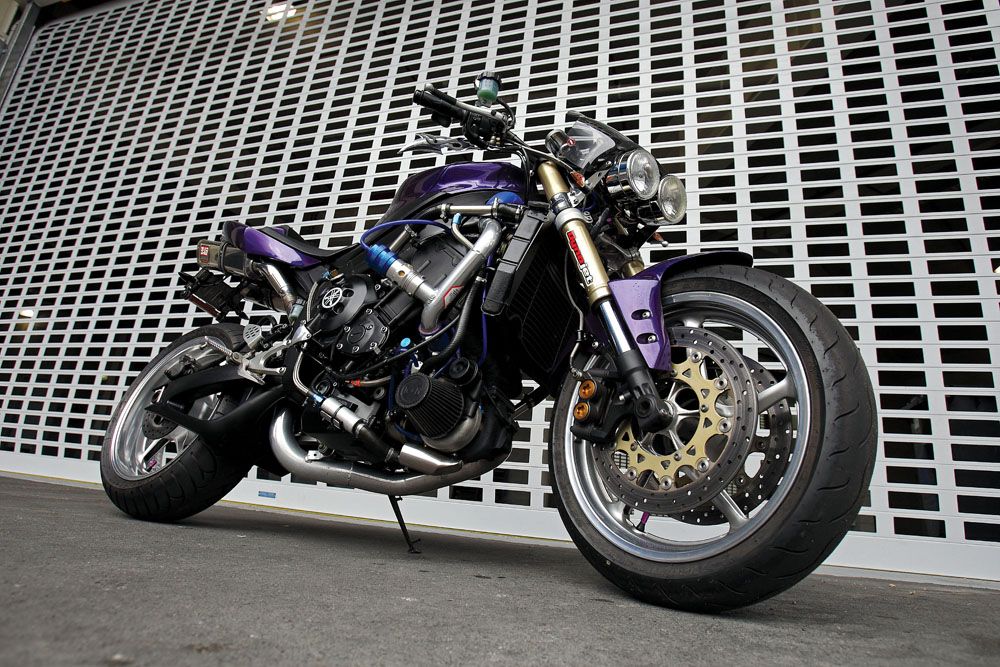 By the time you get to read this Fightin’ Words, the tattered remains of the Christmas present wrapping will have well and truly been consigned to the recycling, batteries will have been found for all the goodies that were bought without them, and the chronic indigestion that comes from far too much rich food and the banging cranium from alcoholic overindulgence will, finally, be easing.

Hopefully, your loved ones will have treated you to all manner of cool, bike-related presents for the festive period, unless you’re a non-believer for either religious, pious or social reasons.

In which case, hopefully you’ll have been able to find some cool, bike-related presents for yourself in the seasonal sales… 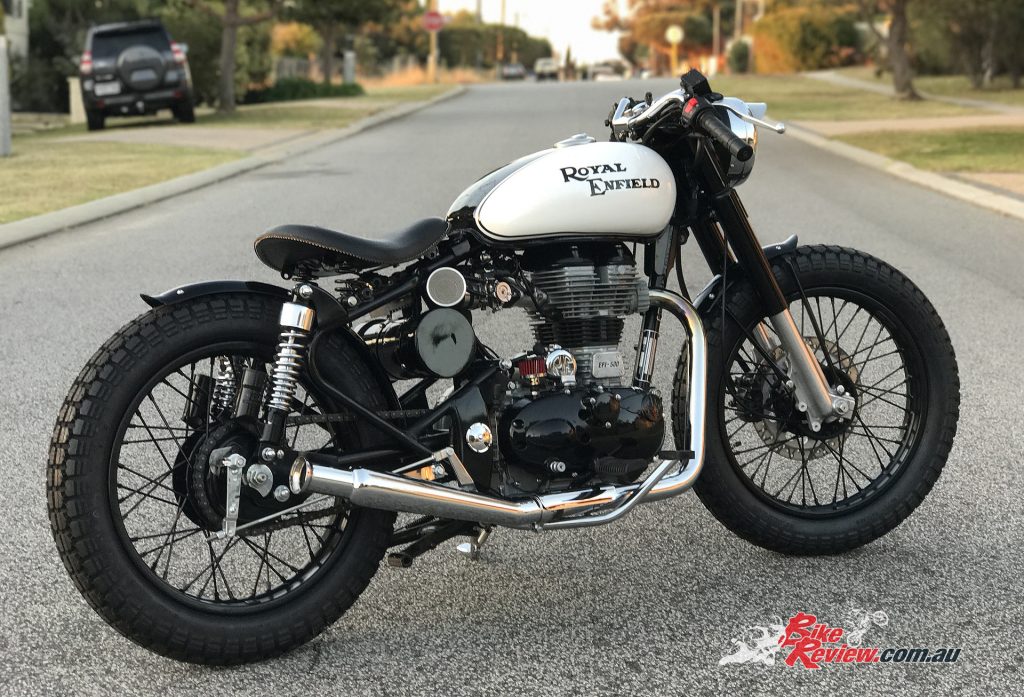 Either way, if you’ve been a good boy (or girl) for the last twelve months you’ll perhaps have some new tools for the workshop, some goodies to bolt on your pride and joy, maybe some bike-related clothing or, if you’re in a particularly affluent relationship, perhaps a track day or race entry paid for?

Rather disappointingly, the reality is usually little more than a couple of pairs of socks and some aftershave that you could use to impress nobody apart from a nasally-challenged female skunk. And it does make you wonder why you’ve spent so much time pondering over other people’s presents to ensure you get something that they’ll be hugely impressed with and mightily thankful for, when all you get is something that is either irrelevant, useless or, at the best, merely usable!

At the very least, could it not be something like a nicely-wrapped 10mm spanner to replace all the 10mm spanners that run off when you’re not looking? (And it’s always the 10mm ones isn’t it?) Still, another year, another New’s Year’s resolution, eh? 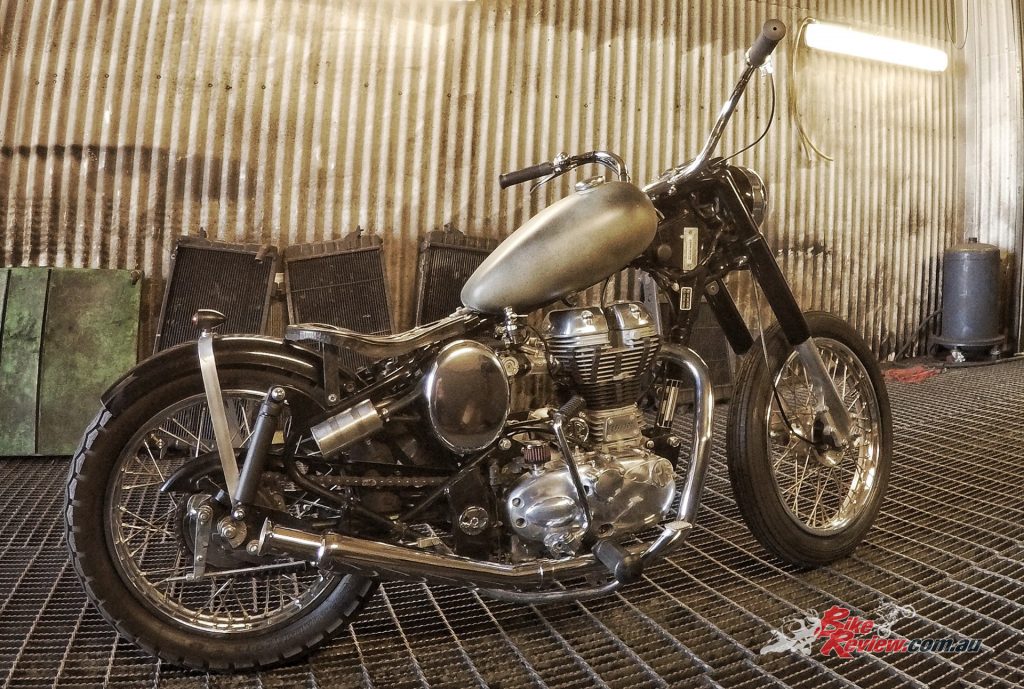 But is there anyone out there who really commits themselves to New Year resolutions? Aside from the self-righteous ones about losing weight, giving up smoking, drinking less, are any of you lot out there making any plans to build more and ride more? No? Why the hell not?

After all, it’s not as though anyone is going to think any less of you for making a resolution that at least has a level of cool about it. There’s certainly far more street cred in promising yourself that, this year, you’ll definitely have a turbocharged bike, or that you’ll finally fit the big bore that you always wanted, than there is in telling the world that you’re going to cut down on the amount of carbohydrates in your diet… 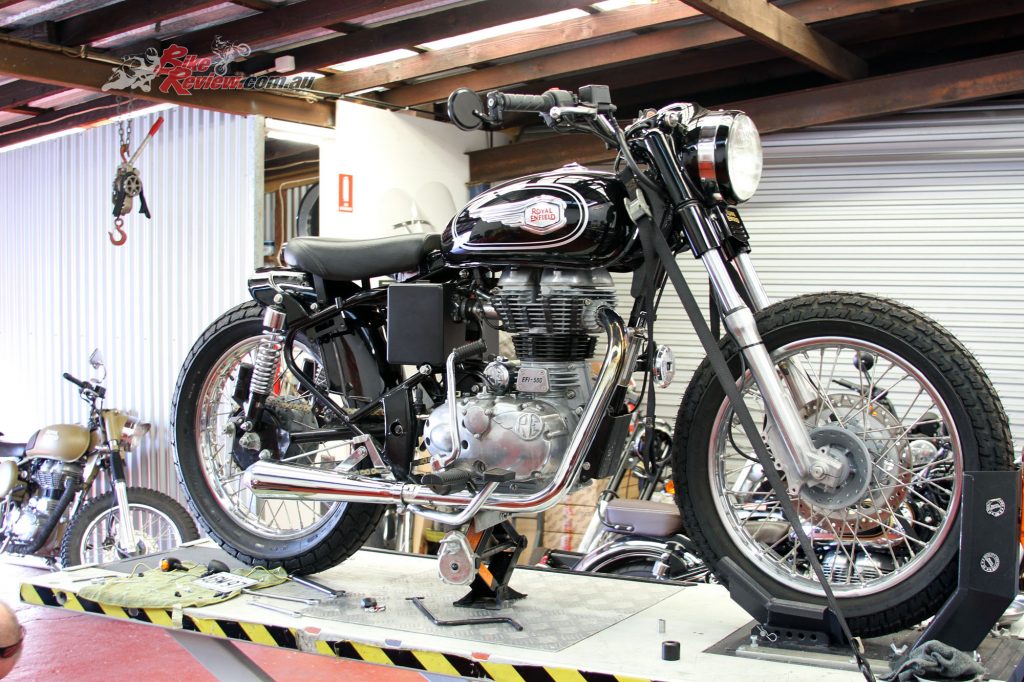 I, for one, have a number of resolutions that’re going to create some self-inflicted pressure before the weather gets good enough here in Blighty to venture out on two wheels.

For starters, I’m going to finally finish the Zed turbo that I’ve been working on since God’s dog was a puppy. And I’m going to get the old Z750 frame out of my shed and properly fit the GSX-R engine and rolling gear.

And make my mildly-modified SV650 look less like a piece of shit than it currently does. So, you know, pretty much the same resolutions as twelve months ago…

And yet, once I’ve done the daily chores, taken out the trash, walked the dog, fed the cats, dropped the kids off at the pool etc, all those empty promises to myself seem to have faded away and procrastination becomes the order of the day. 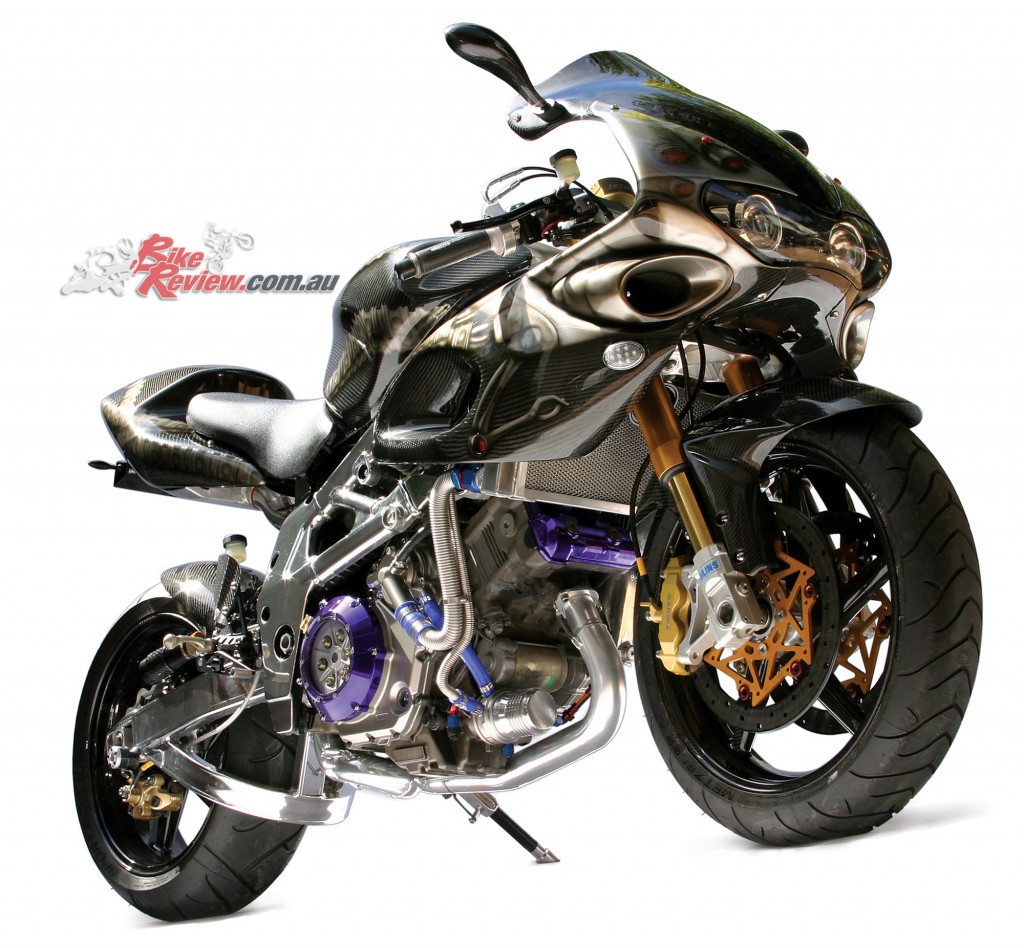 It becomes far easier to put another log on the fire than another component onto the bike project. Which is exactly the time when you need a little enlightenment. A small flash of inspiration. A spark in the dark that gives impetus to a stalled project and a deflated drive.

When your get up and go has got up and gone, you need something to get it and bring it home. And that inspiration can be found in many places.

Reading a bike magazine – in either a printed or in online digital format – can help to ignite the fire, and sometimes the features or adverts therein can cause further investigation, made even easier with an e-magazine as it’s simply a case of clicking on a link, perfect for lazy arses like me who’re sat in front of the TV.

Social media is great for motivation too – seeing what people are building and getting ideas for your own build, but it does seem that the Orwellian vision of people just sat in front of a glowing screen, denying themselves true social interaction and becoming shadows of their potential selves has come true.

For me, the biggest lever that gives me true inspiration to get out there and do something (even if it’s a selfish ‘something’ in building my own bike or maybe just going for a ride by myself) is actually due to a loss.

When someone that we know – either as a friend or colleague, or merely as a person who we’ve lived through vicariously who has described experiences that we’ve read about – is gone, it brings a realisation that if we don’t do things while we have the chance, there’ll come a day when we are no longer able to do so. And that day is going to come far sooner that we could ever hope for. 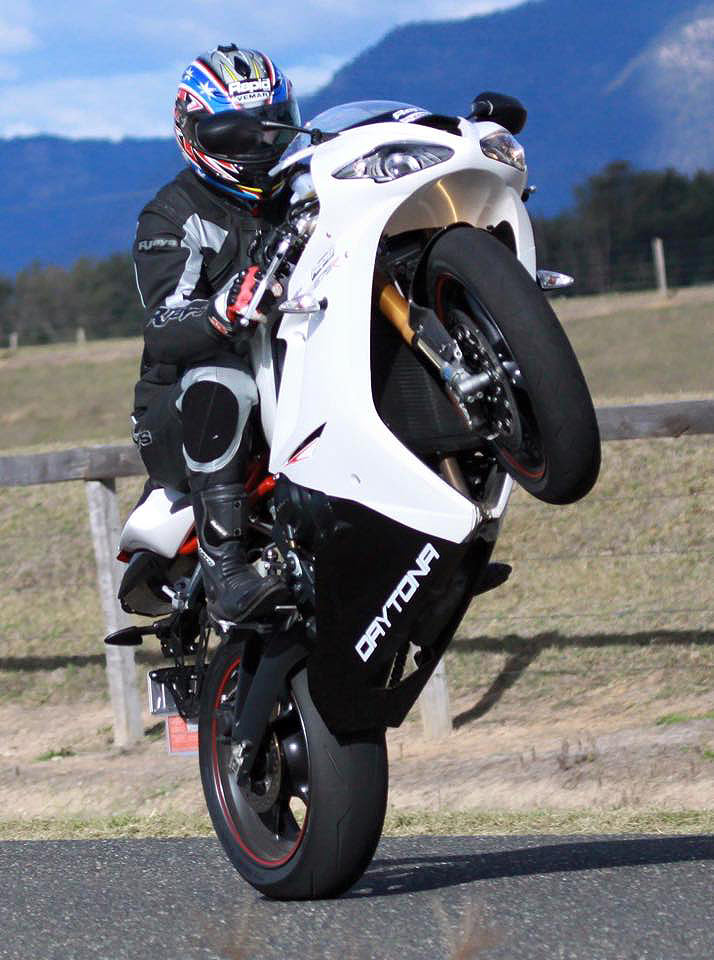 Consequently, I’m dedicating this little piece of rambling diatribe to Warren ‘Wazza’ Maguire.  I never knew him, never met him or spoke to him on the phone, or even by email. However, like many of you, I did read his road tests in Rapid Bikes.

When someone who has raced, mechanic’d, worked in bike shops and on magazines is lost, many people will start to realise that there is a lot more to cram into our small, meaningless little lives than just working to pay the mortgage.

So, could there ever a better time to say… Ride more. Build more. 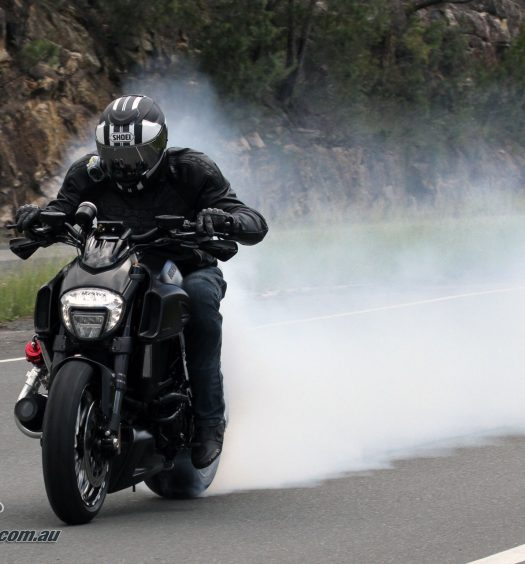 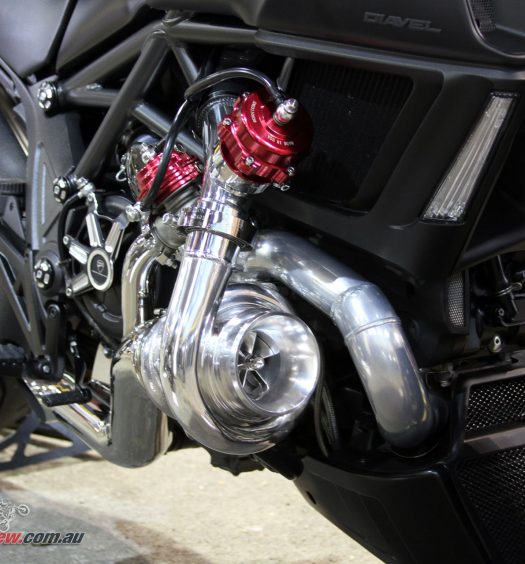