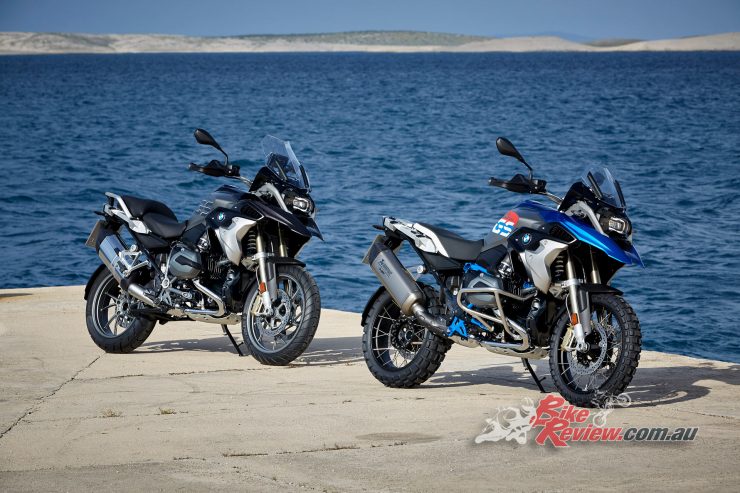 With the new R 1200 GS, BMW Motorrad expands the GS portfolio not only in the form of additional product optimisations but also by means of further potential broadening of the motorcycle’s properties. 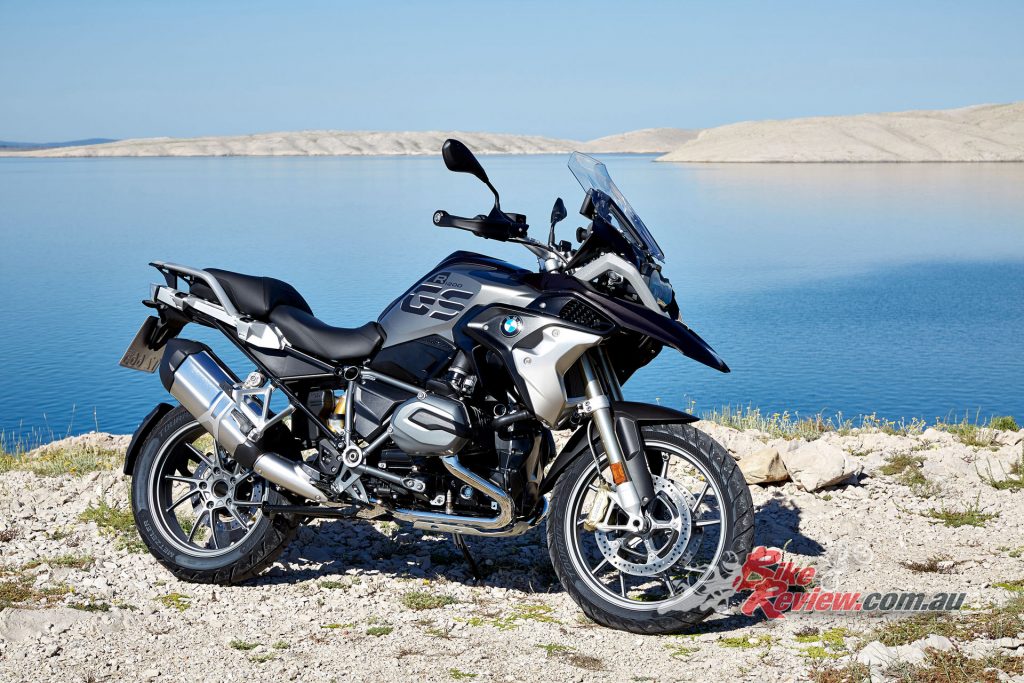 “BMW GS” has stood for universal motorcycling pleasure for more than 35 years: “GS” embodies the ideal combination of touring and long distance suitability, dynamic performance and off-road capability. This applies especially to the BMW GS motorcycles with a flat-twin boxer engine.

They are the perfect companions in extreme conditions when it comes to exploring the most remote corners of the earth. 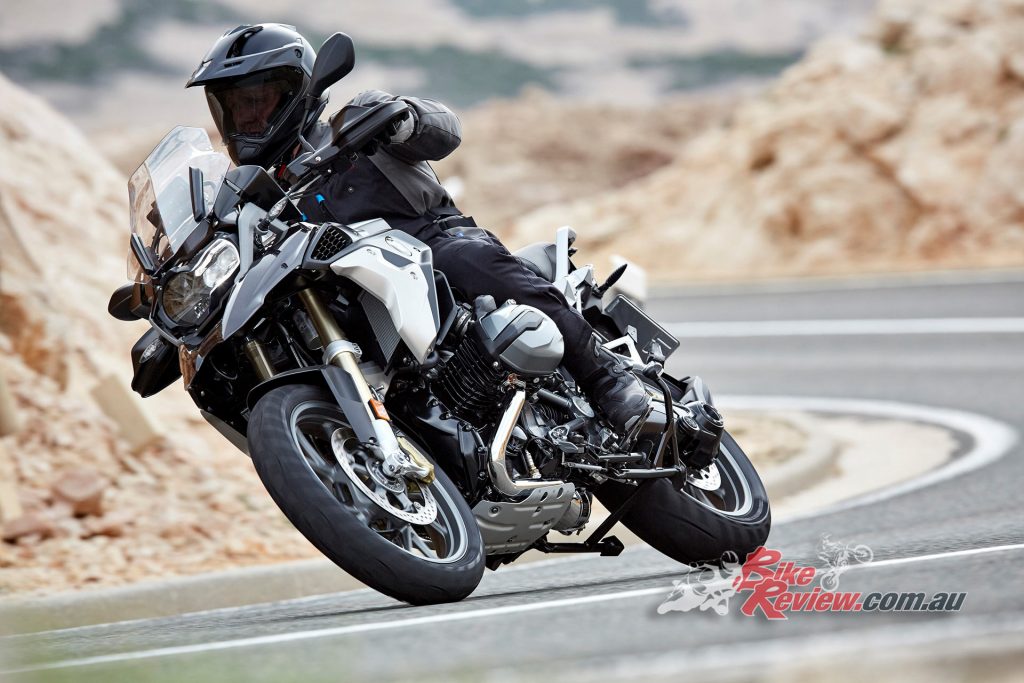 The unique overall concept of the R 1200 GS with its down-to-earth character and powerful high-torque engine thrills a large number of motorcycle fans all over the world. It is not for nothing that this motorcycle has dominated its market segment for many years and is the top-seller within the BMW Motorrad model range.

For the first time, customers can give a BMW GS a more marked touch of enduro or distinguished style to suit its preferred area of use by ordering the style packages Rallye and Exclusive. 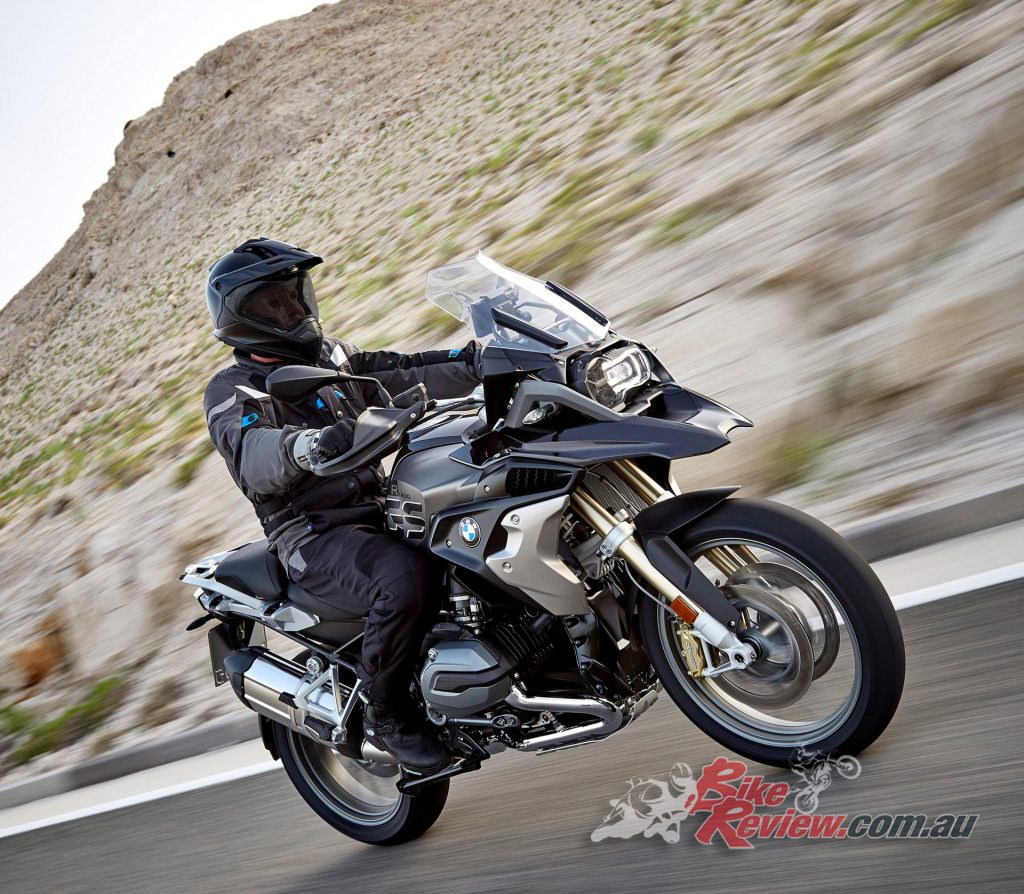 The most popular travel enduro bike in the world, the R 1200 GS has now been optimised in a wide range of areas. Designed for even greater versatility than before, it taps into a previously unknown breadth of properties, ranging from dynamic performance to comfort and off-road suitability.

This is due to selective improvements, numerous new features and not least a much- expanded program of optional equipment and optional accessories. 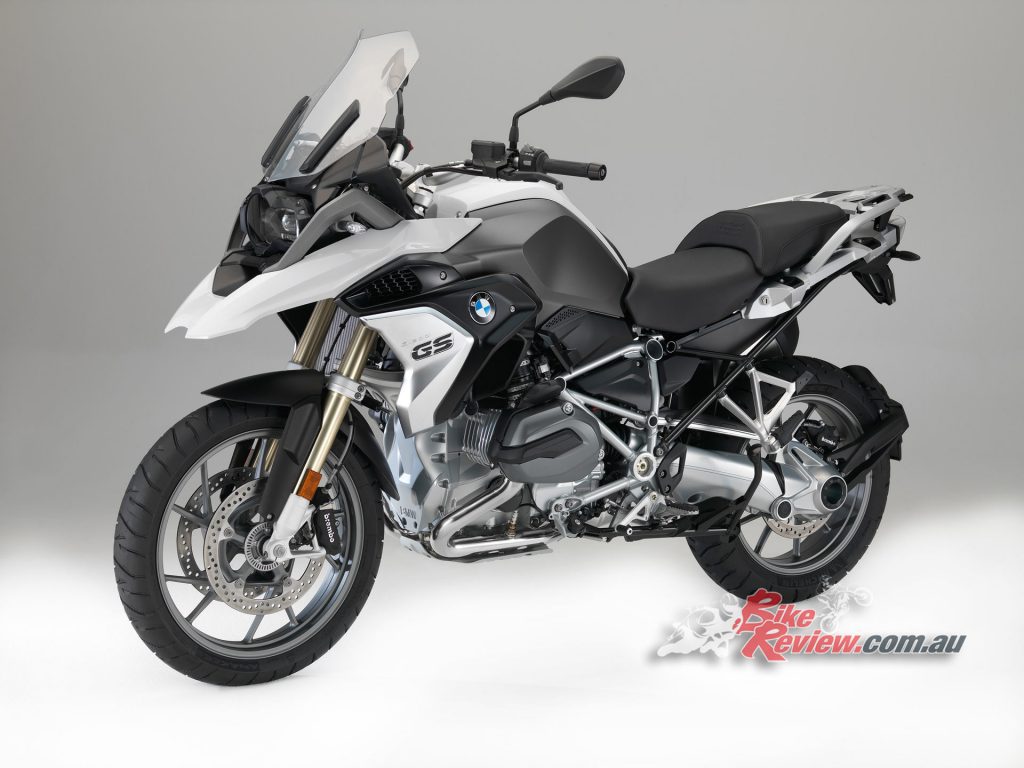 Powered as before by the air/liquid-cooled boxer with an output of 92 kW (125 hp) at 7 750 rpm and a maximum torque of 125 Nm at 6 500 rpm, the new R 1200 GS now has an altered catalytic converter and a new data status for the engine management to meet the latest EU4 requirements.

Model year 2017 already saw the addition of a judder damper on the transmission output shaft and a revision of the selector drum actuator and transmission shafts.

For individual adaptation to rider preferences, the new R 1200 GS offers the two riding modes “Rain” and “Road” as standard in conjunction with Automatic Stability Control ASC for optimum traction. 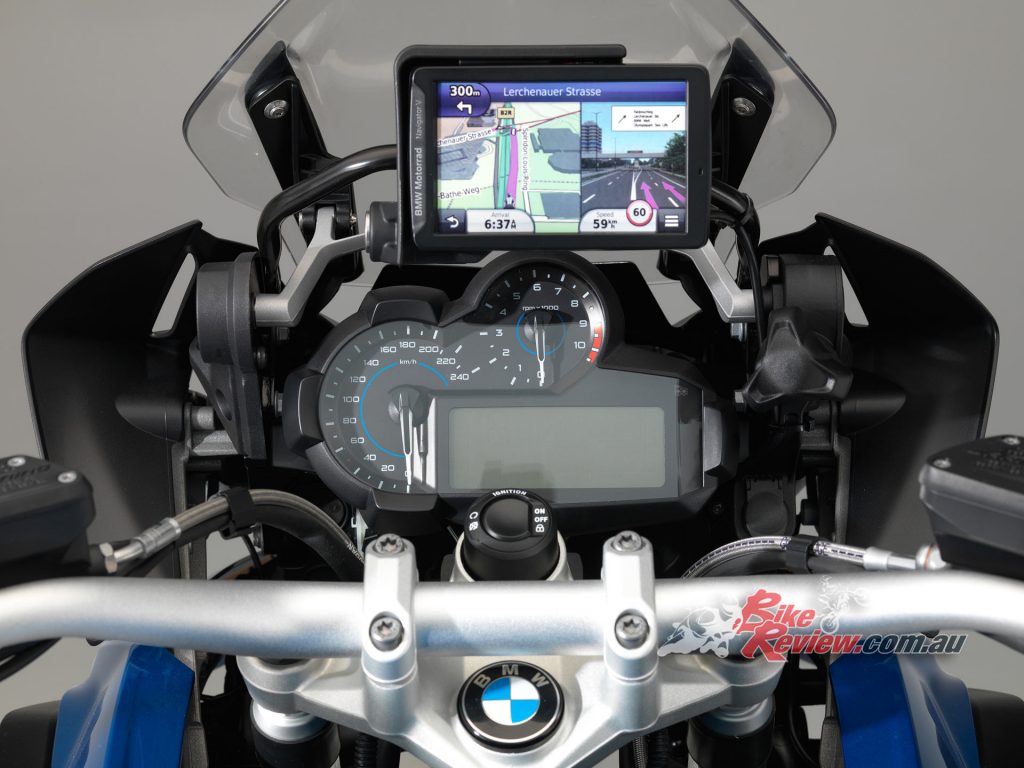 The riding modes “Dynamic Pro” and “Enduro Pro”, activated by means of a coded plug, also offer customisation options which allow the character of the motorcycle to be adapted. 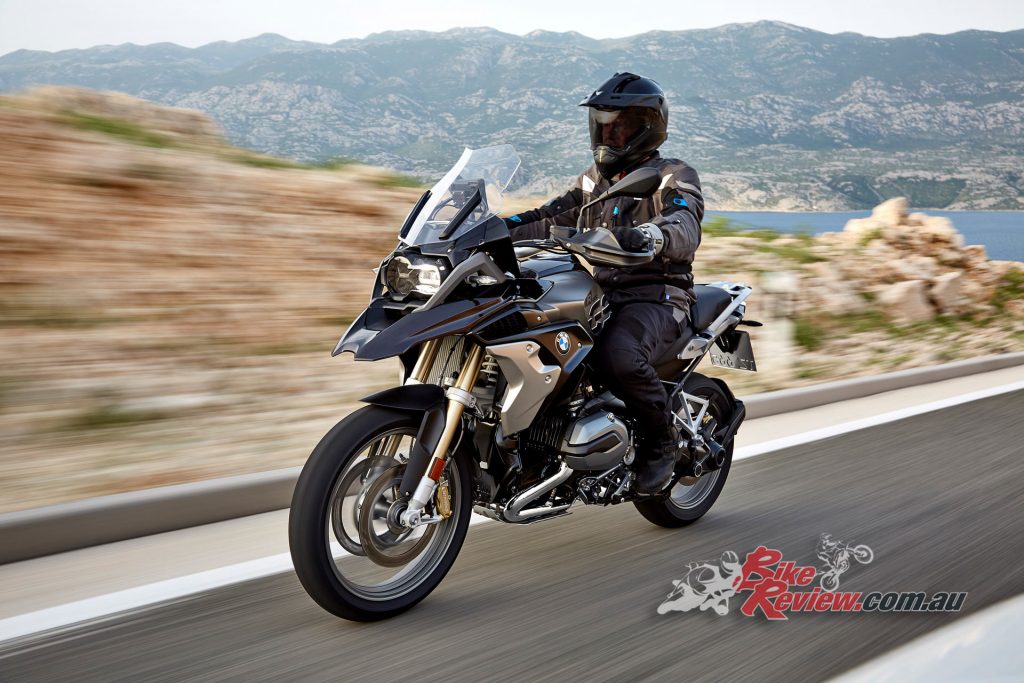 Other elements of “Riding Modes Pro” are the new set-off assistant Hill Start Control for convenient hill starts, ABS Pro for even greater safety when braking, even in banking position, and the dynamic brake light which is even more effective in drawing attention to the fact that the motorcycle is braking. 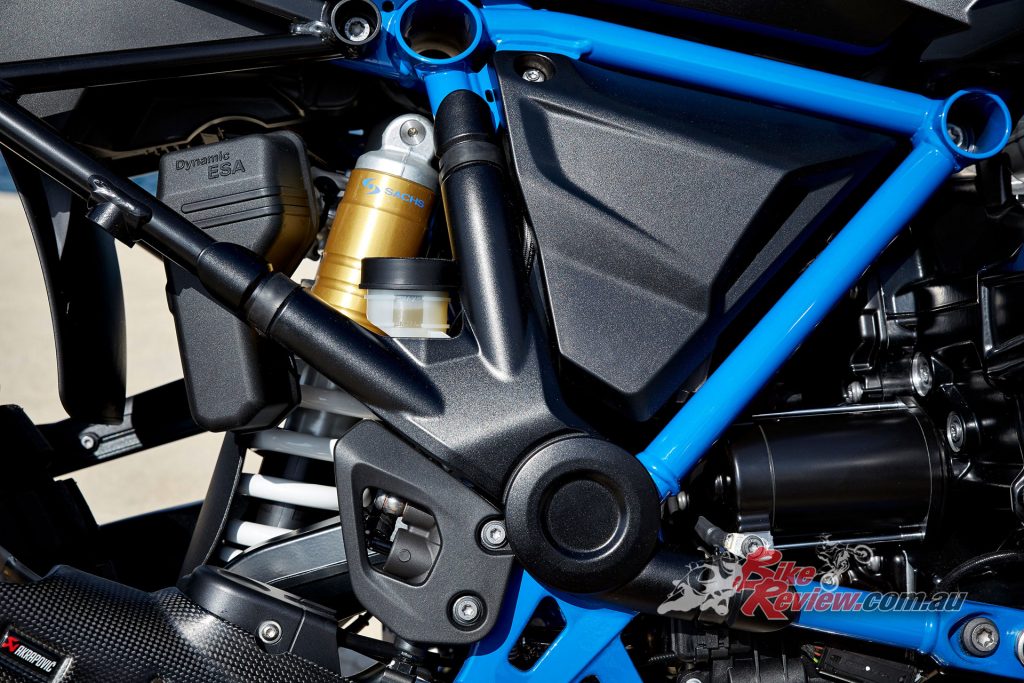 A whole new dimension of riding safety, performance and comfort is harnessed with the optional BMW Motorrad Dynamic ESA “Next Generation” (Electronic Suspension Adjustment): here, the damping automatically adapts to the situation depending on riding condition and manoeuvres, and there is also an automatic self-levelling function to compensate all load states. 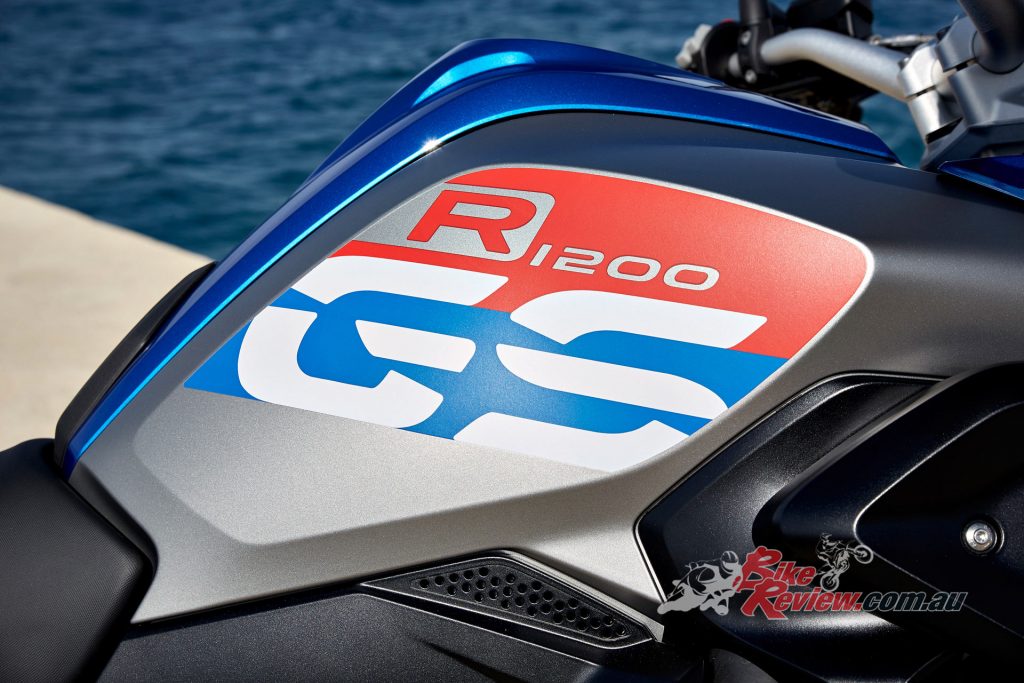 While the underlying design architecture of the R 1200 GS has been preserved in the new version, optimised ergonomics in the knee area ensure further improved off-road qualities, while more pointed contrasts, new paint finishes and the two optional equipment packages Rallye and Exclusive emphasise the distinctive talents of the R 1200 GS in its differing forms.

Details have been optimised on the front mudguard and at the centre of the front wheel cover, while small slipstream deflectors known as winglets add a touch of aerodynamic perfection. The trim of the air intake and the side fuel tank trim panels have been newly designed, too.

New styling has now also been applied to the cooling air ducts and radiator trim elements, which either feature a galvanised surface or are made of stainless steel (Rallye and Exclusive). 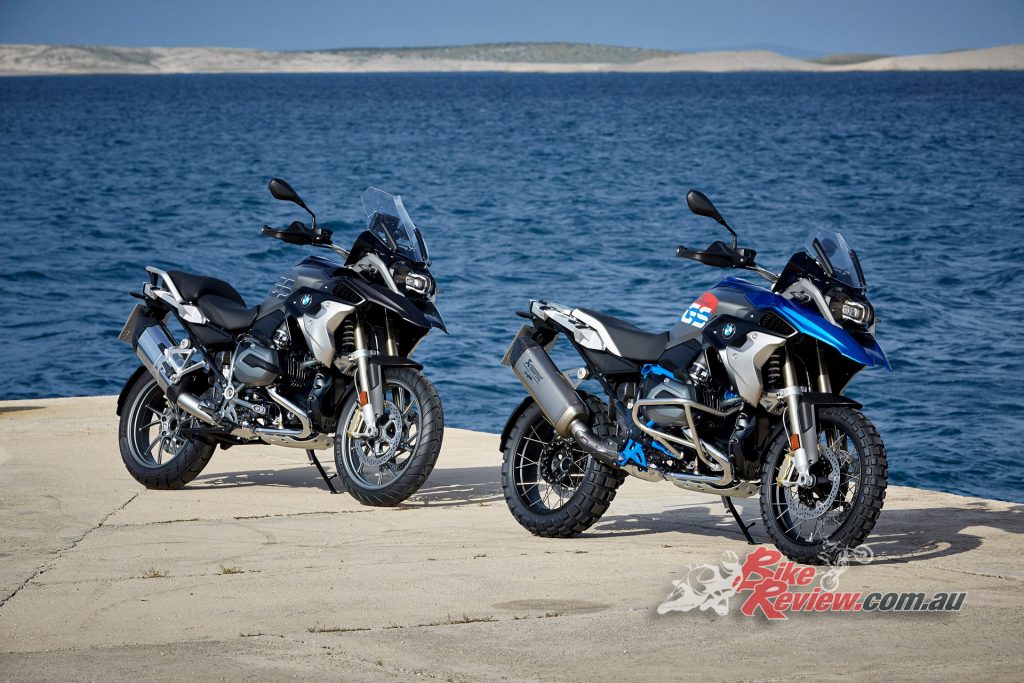 The off-road character of the new R 1200 GS is particularly emphasised in the Rallye version. The paintwork in Lupine Blue metallic, the over-painted deco elements on the fuel tank sides in BMW Motorsport colours and the frame in Cordoba Blue go together with the black drivetrain to create the sportiest series production GS of all time.

The sheer presence of the R 1200 GS Exclusive is underscored by means of fuel tank side trim panels in Monolith metallic matt with clear over-painted deco elements, a front wheel splash guard and central fuel tank cover in Iced Chocolate metallic and a frame finished in Agate Grey metallic matt. The black drivetrain and the gold-finished brake calipers lend a refined contrast here. 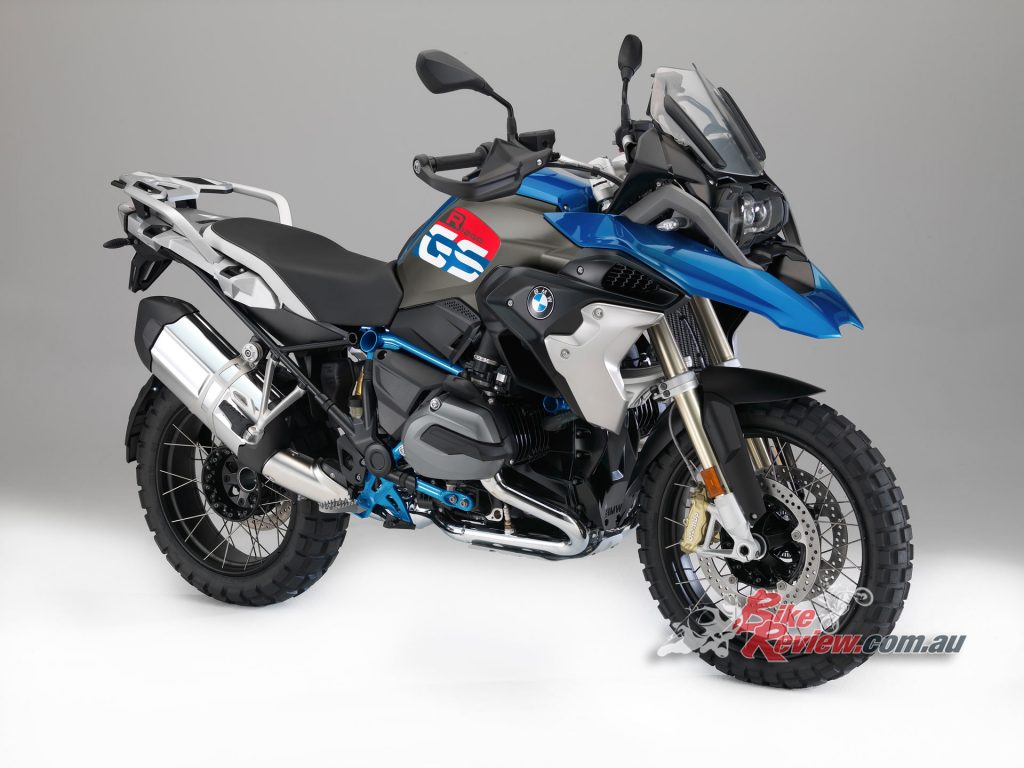 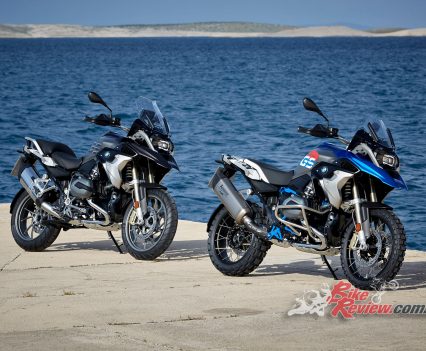 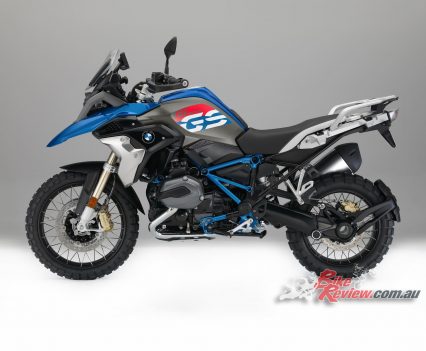 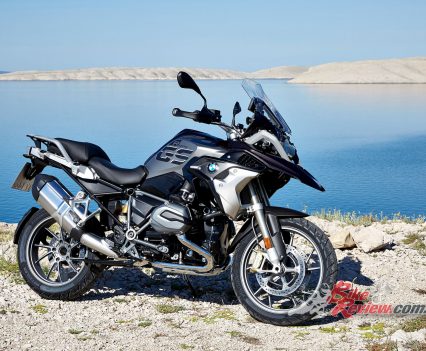 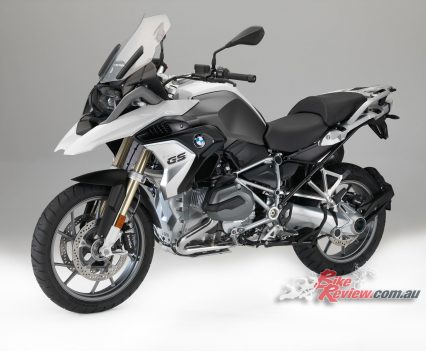 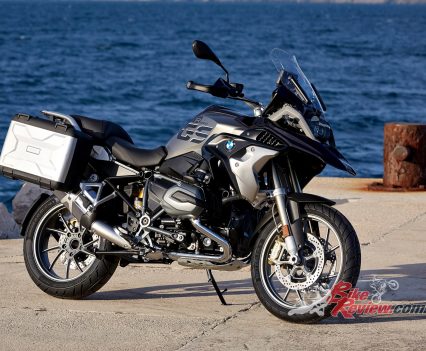 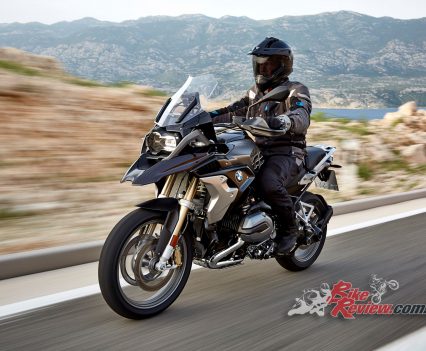 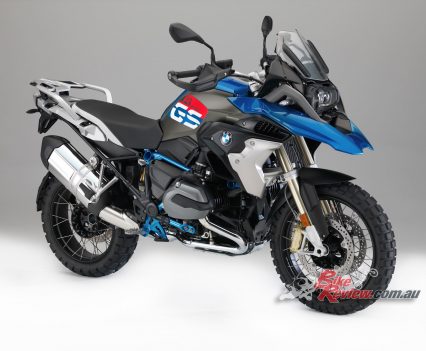 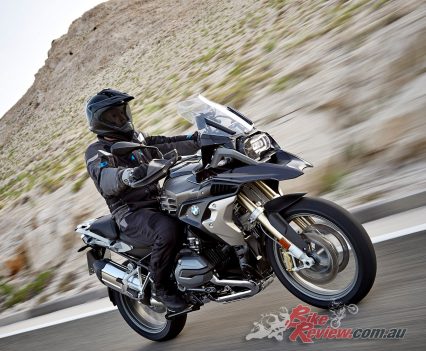 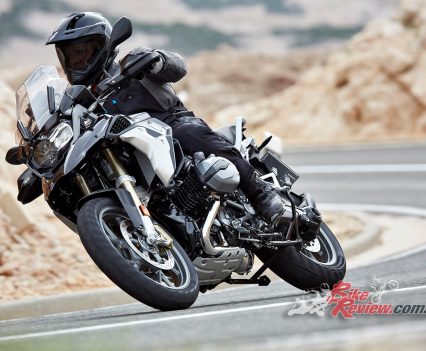 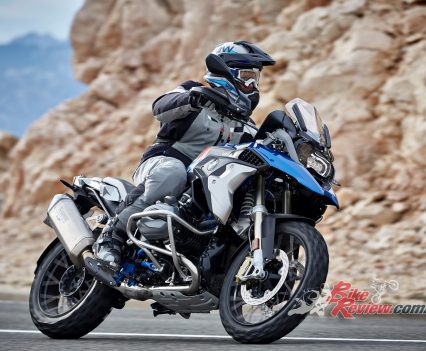 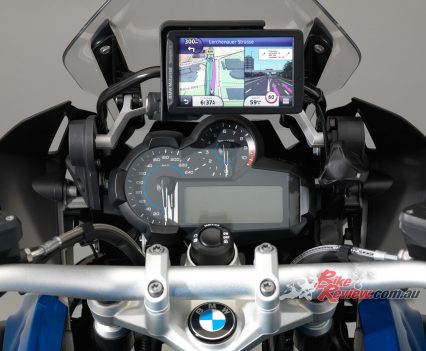 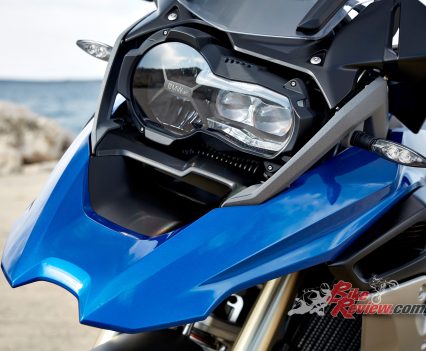 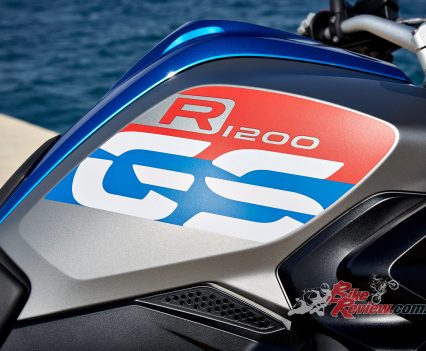 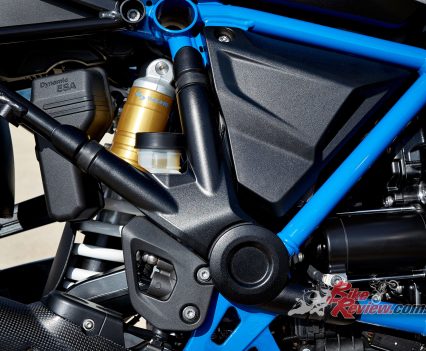 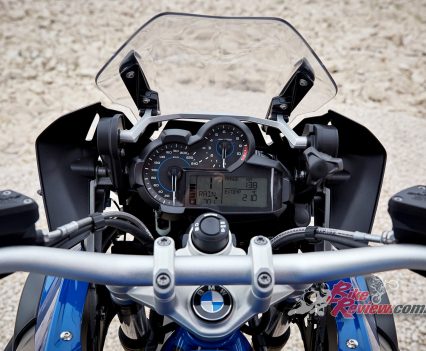