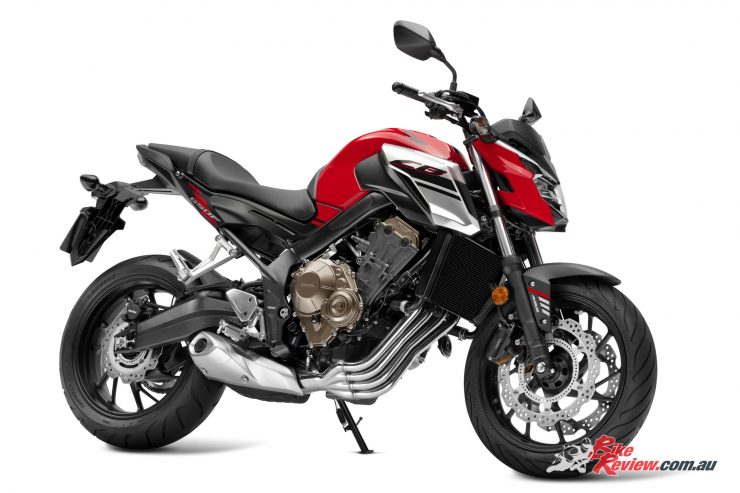 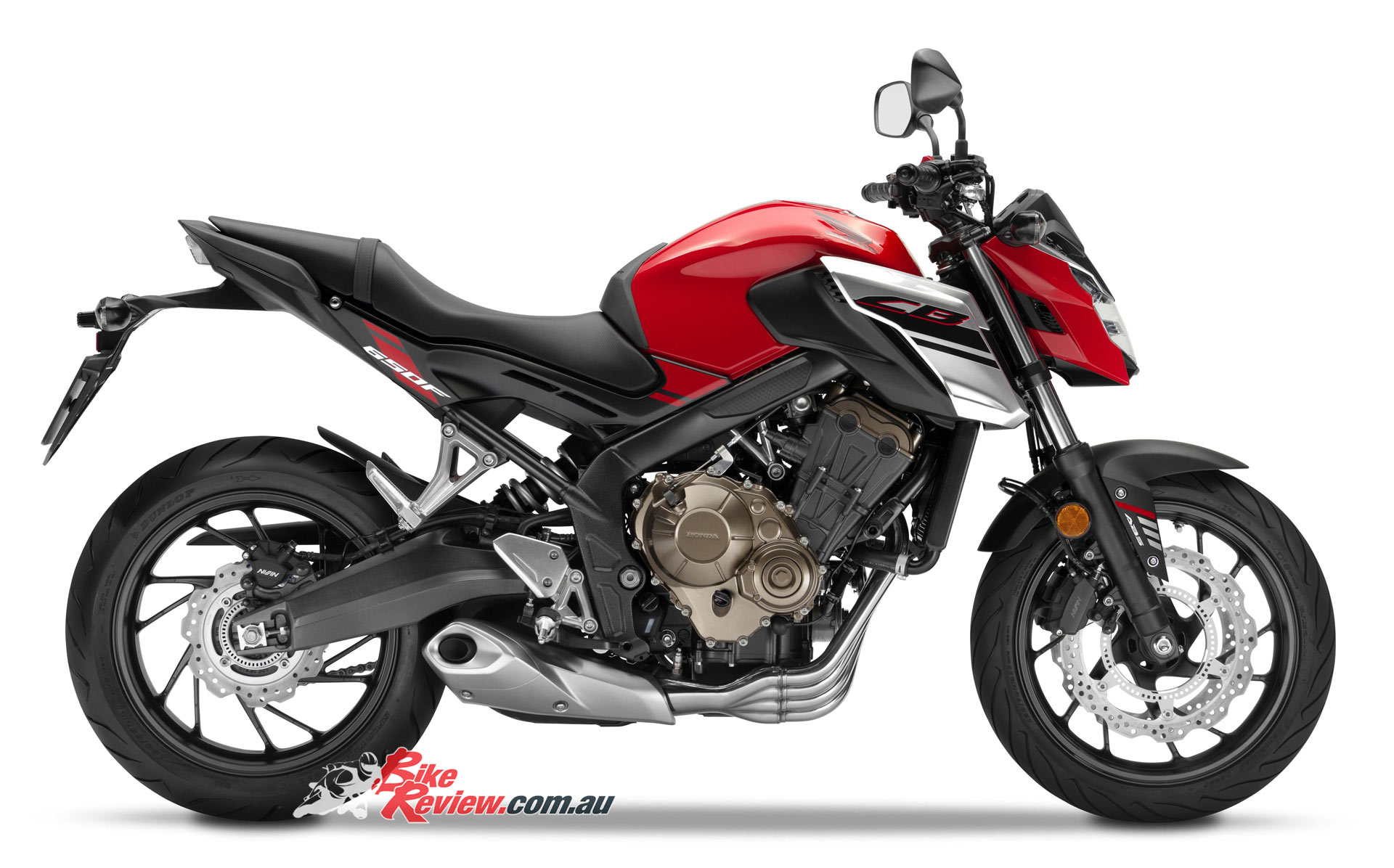 The four-cylinder middleweight has long been a key machine within the wide range of Honda motorcycles.

Genuine middleweights provide accessible and enjoyable engine performance tied to minimal mass, giving the kind of pound-for-pound performance that makes a great place from which to begin – or resume – a motorcycling career.

The CB650F, which debuted in 2014, continues the tradition. Designed by a young team of engineers, it harnesses the lightweight form and high quality engineering of all mid-capacity Hondas – with a special nod to the seminal 1970’s CB400 from its side-swept exhaust downpipes – and injected an exciting new jolt of energy and naked streetfighter style. 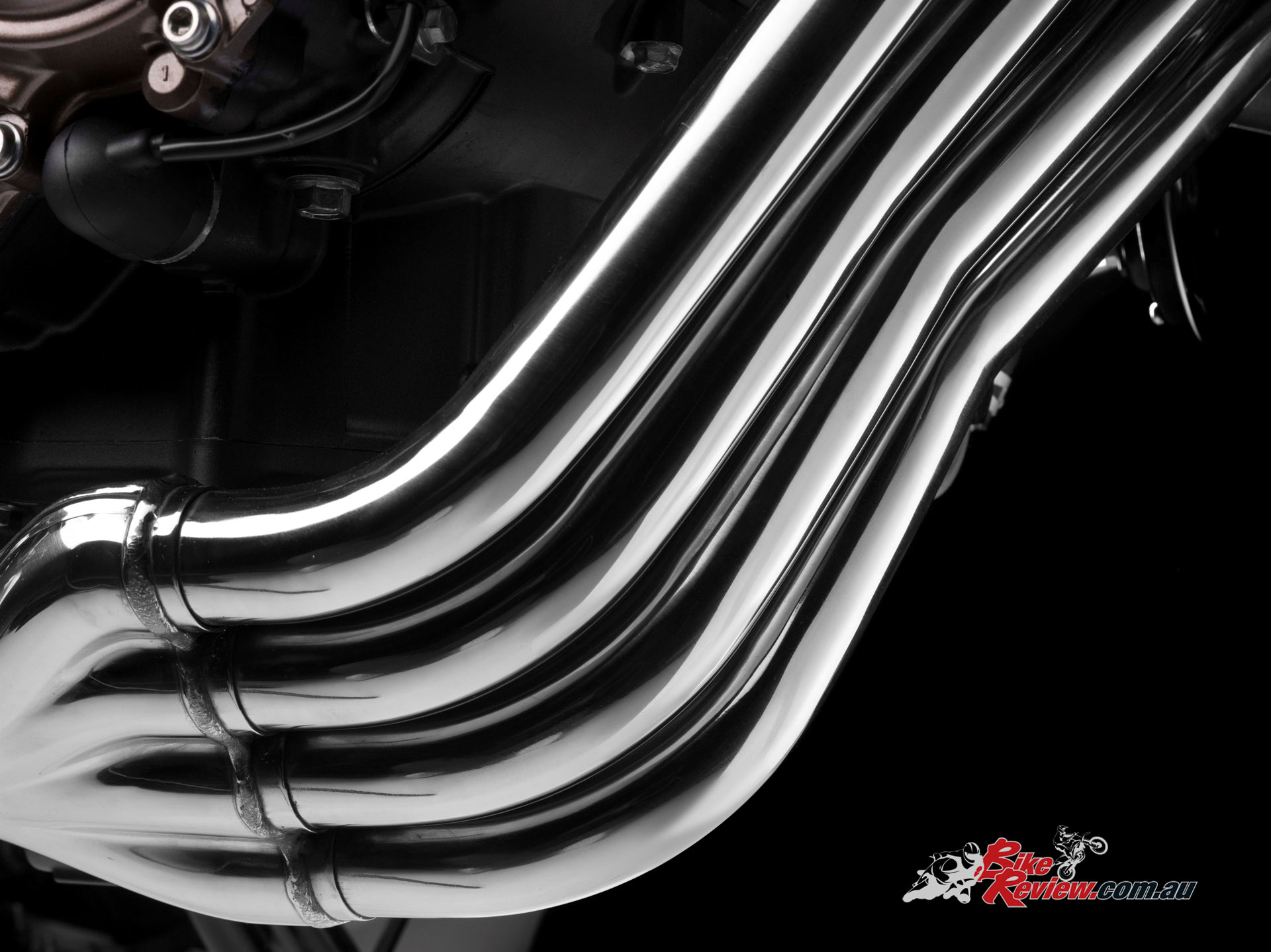 The 2017 evolution raises the adrenalin level further. The new CB650F makes more power, and delivers an amplified soundtrack that matches its steelier edge. Stripped down further, and with even sharper handling, it packs a punch that’s hard to ignore.

Mr Sadataka Okabe, Large Project Leader (LPL) explains, “Genuine middleweight four-cylinder motorcycles are an important Honda tradition. Bigger is not always better and for the 2017 CB650F we wanted to give riders more of what matters – performance, acceleration, style and handling ability ­– without adding weight or cost. We also wanted to give an even higher specification, with new features like LED lighting and the latest SDBV fork.” 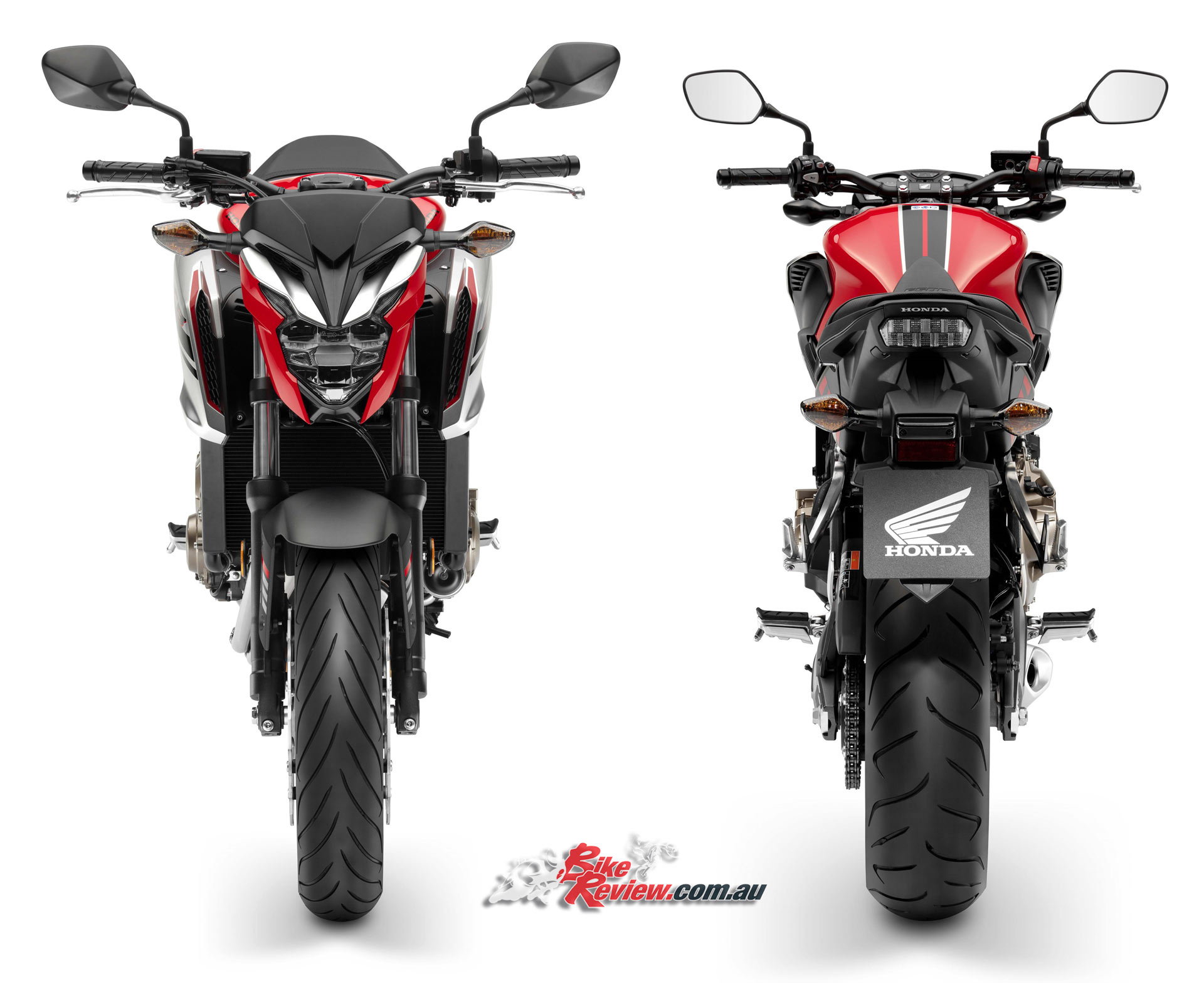 More peak power from revised intake funnels and a new free-breathing exhaust gives the CB650F a satisfying rush up to its 11,000rpm redline, while shorter gear ratios ensure harder acceleration through the mid-range.

With the power upgrade, a new raucous growl emanates from down low, growing swiftly to a fast-spinning howl as the revs rise.

Its handling has been further sharpened with a Showa Dual Bending Valve front fork and revised Nissin front brake calipers. The CB650F’s lithe lines – with smaller side cowls and nose cowl – accentuate the engine’s muscularity and the machine’s forceful forward stance. 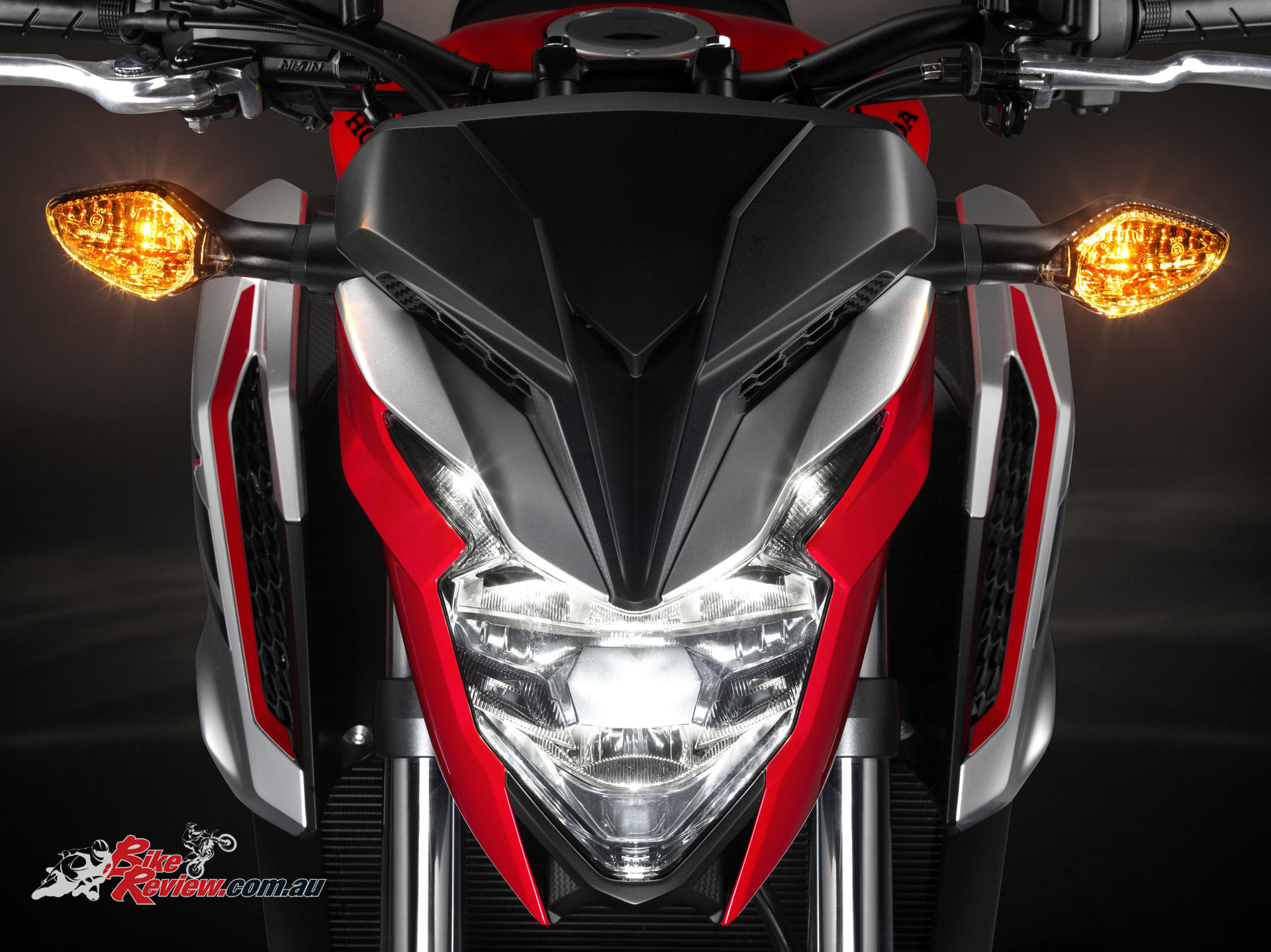 Shorter air intake funnels feed four 32mm throttle bores from a down-flow airbox (which itself draws through larger intake ducts) and in turn the right side-swept 4-1 exhaust now employs a dual-pass internal structure (rather than triple-pass) in the muffler, reducing back pressure. It also features a larger final outlet.

With shorter gear ratios from second through to fifth, the new CB650F gets away faster than the previous design and from a 60km/h second gear roll-on will put out 3 bike lengths over 400m. 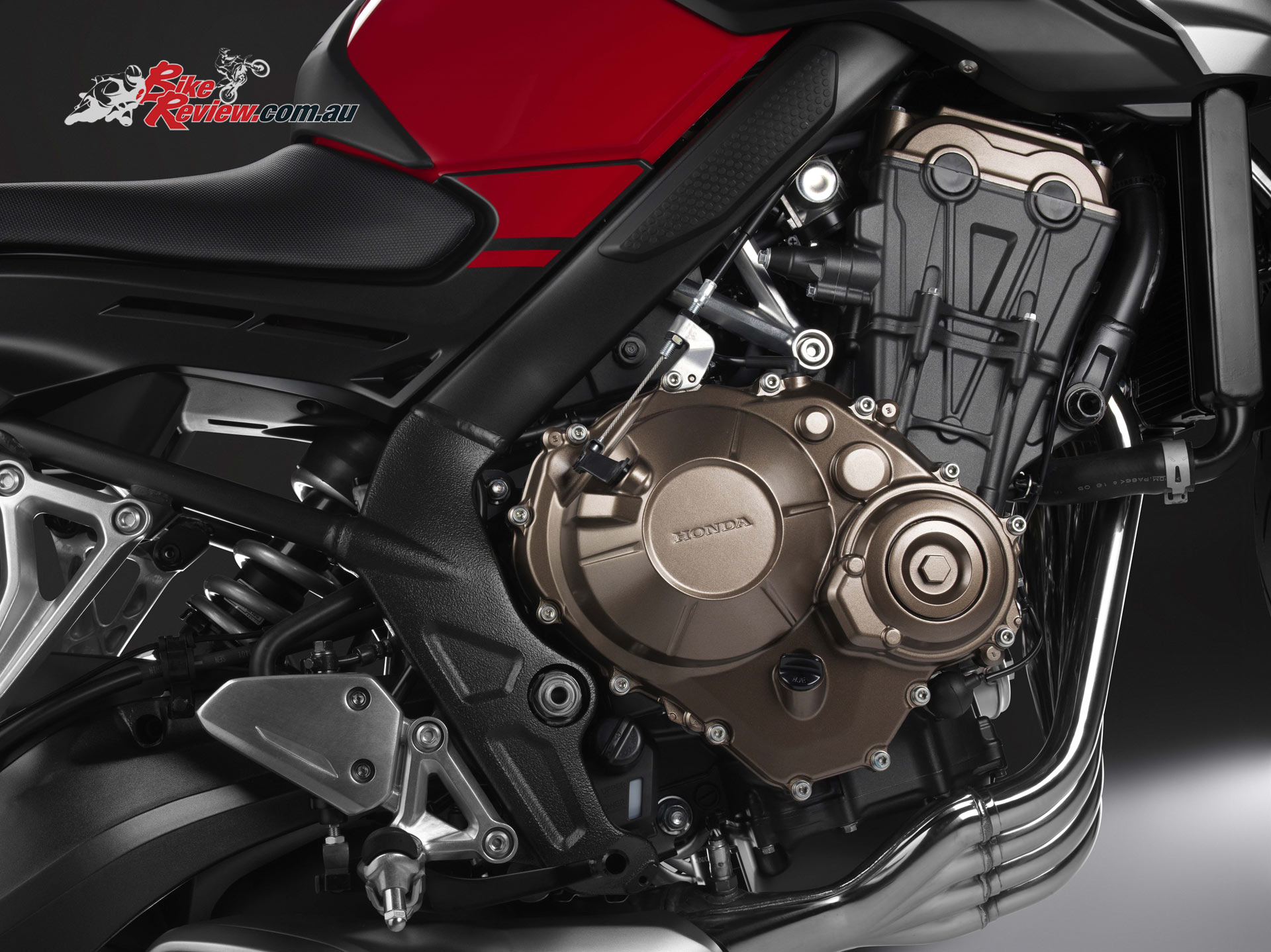 Slightly increased peak torque of 64Nm arrives at 8,000rpm, while the engine’s tractability allows it to pull smoothly from idle at 1,500rpm in sixth gear.

Adding an extra layer of aural satisfaction, a throaty induction growl at low-to-mid rpm swaps over to an addictive high-rpm howl reminding the CBR650F rider of Honda’s four-cylinder racing pedigree. 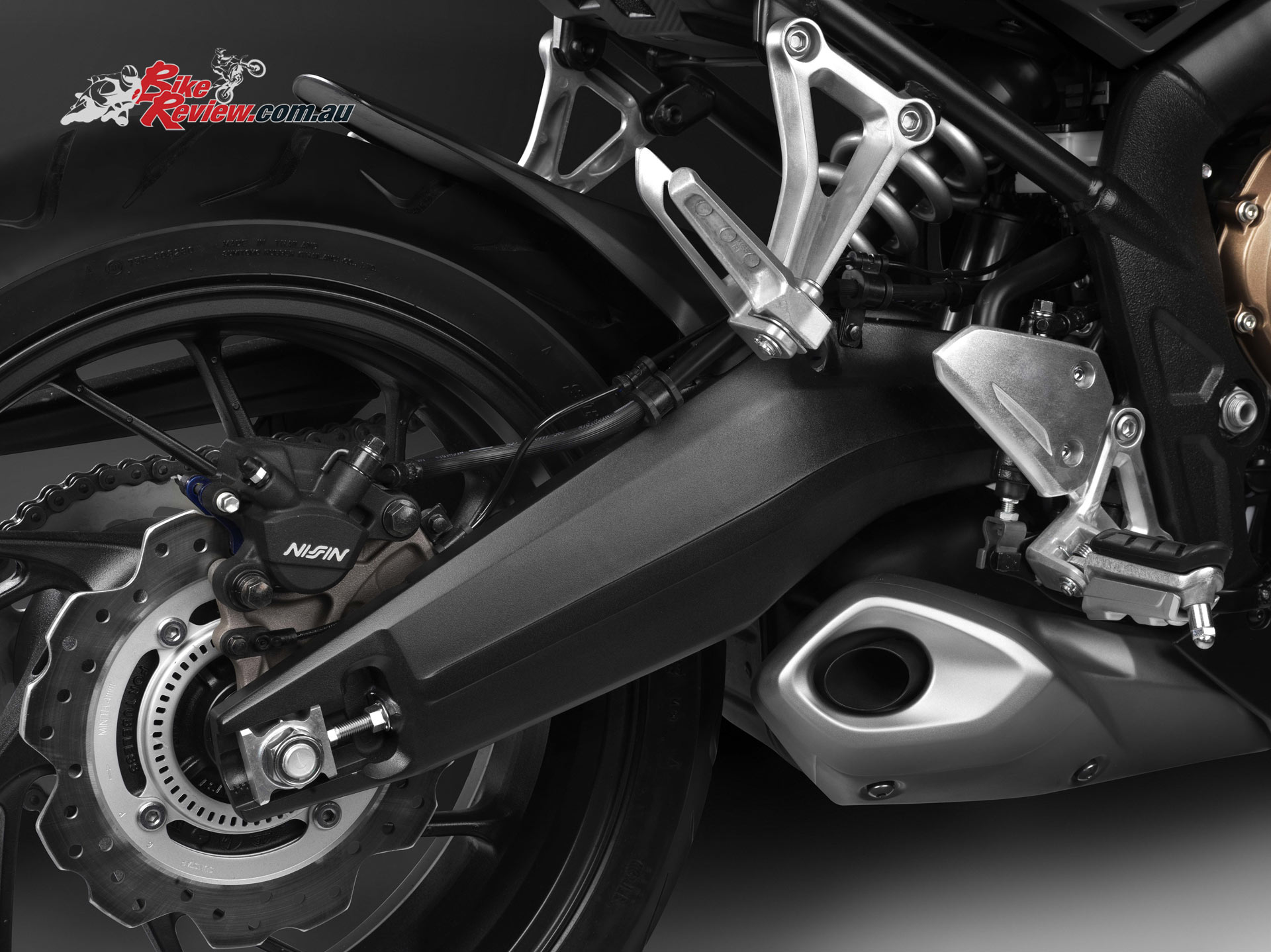 Asymmetric piston skirts minimise bore contact and reduce friction. Ferrous spines on the outer surface of the cylinder sleeves reduce oil consumption (and friction) with improved heat transfer and a silent SV cam chain reduces frictional losses by using a Vanadium coating on its pins. Internal water channeling from cylinder head to cylinders does away with a great deal of the exterior hoses. 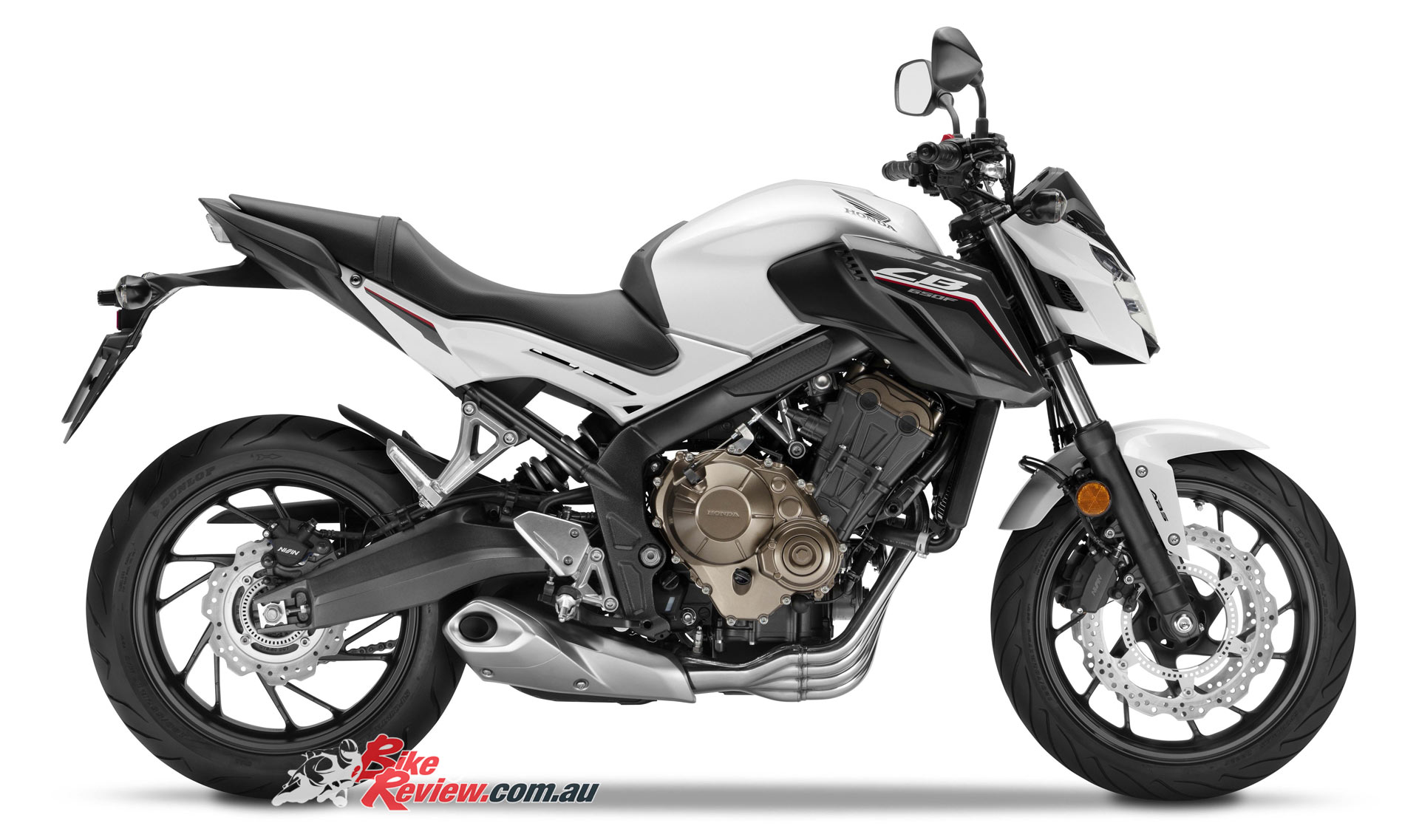 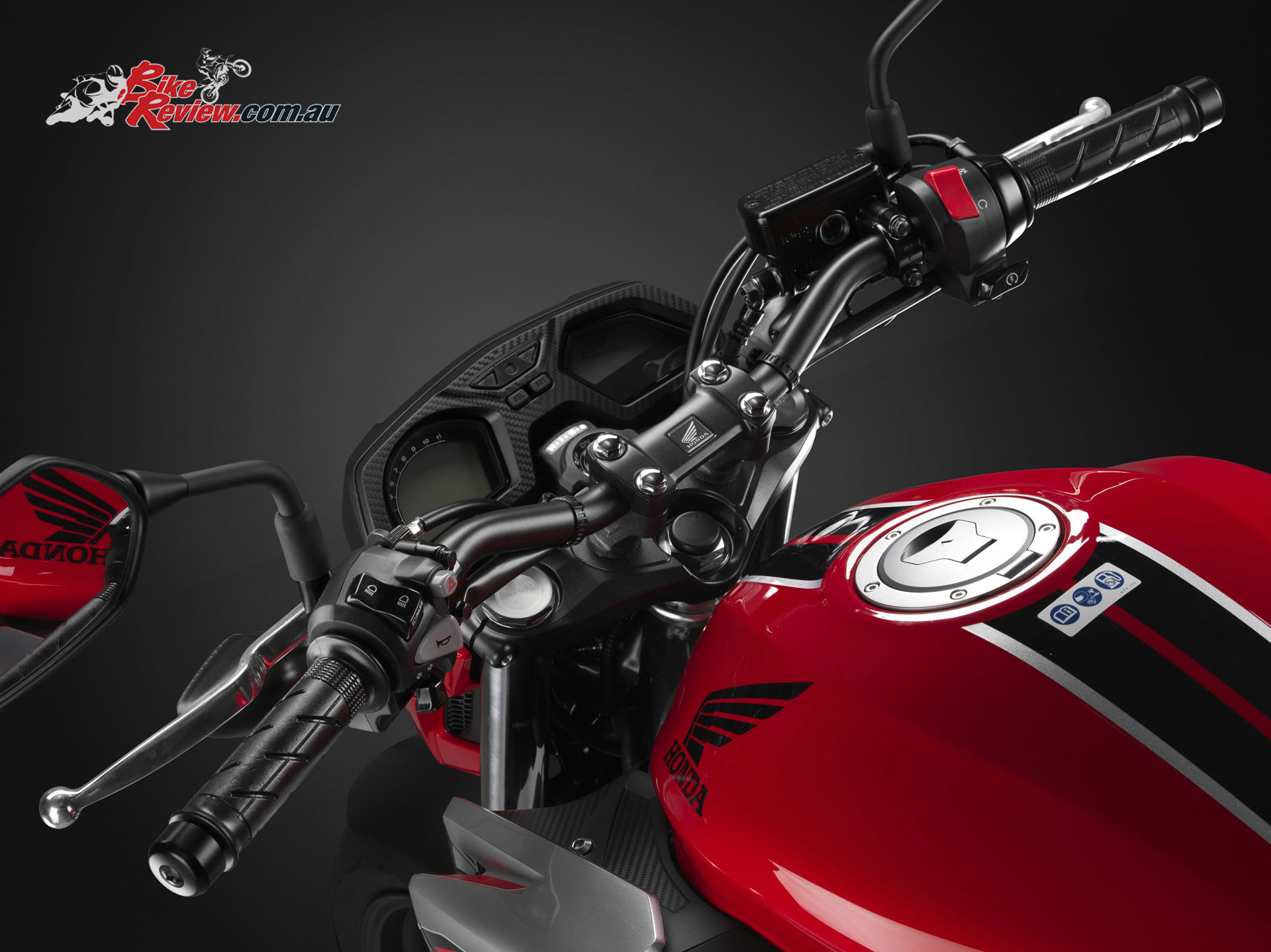 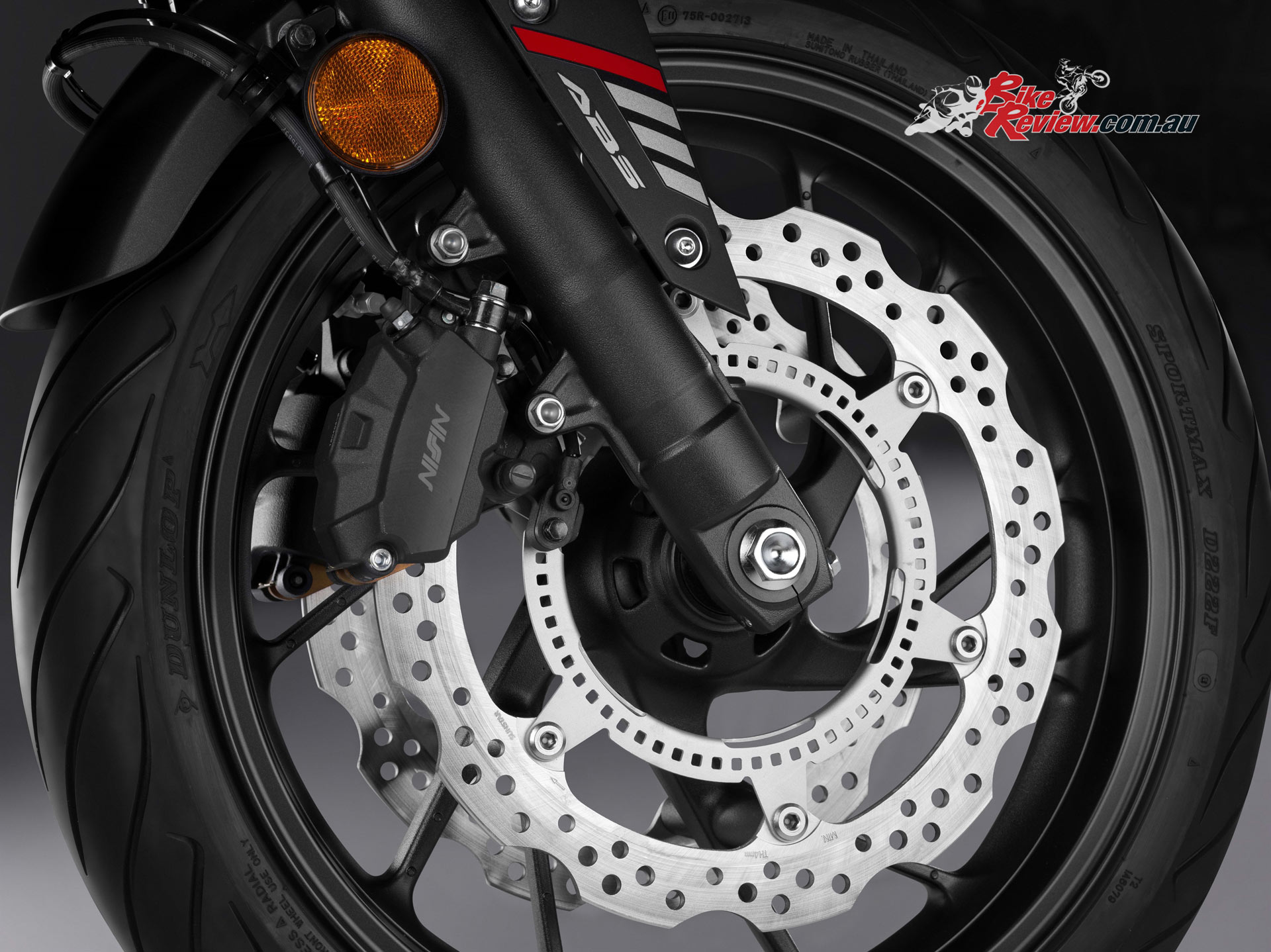 The CB650’s styling is pared back hard. New, smaller side cowls highlight the angular fuel tank and show off the engine while the stubby seat unit and cut-back front mudguard adds to the Mass Forward stance.

Both the clear-lensed taillight and headlight are LED and the headlight cowl has been drawn in tighter, with sharper angles and a harder edge. 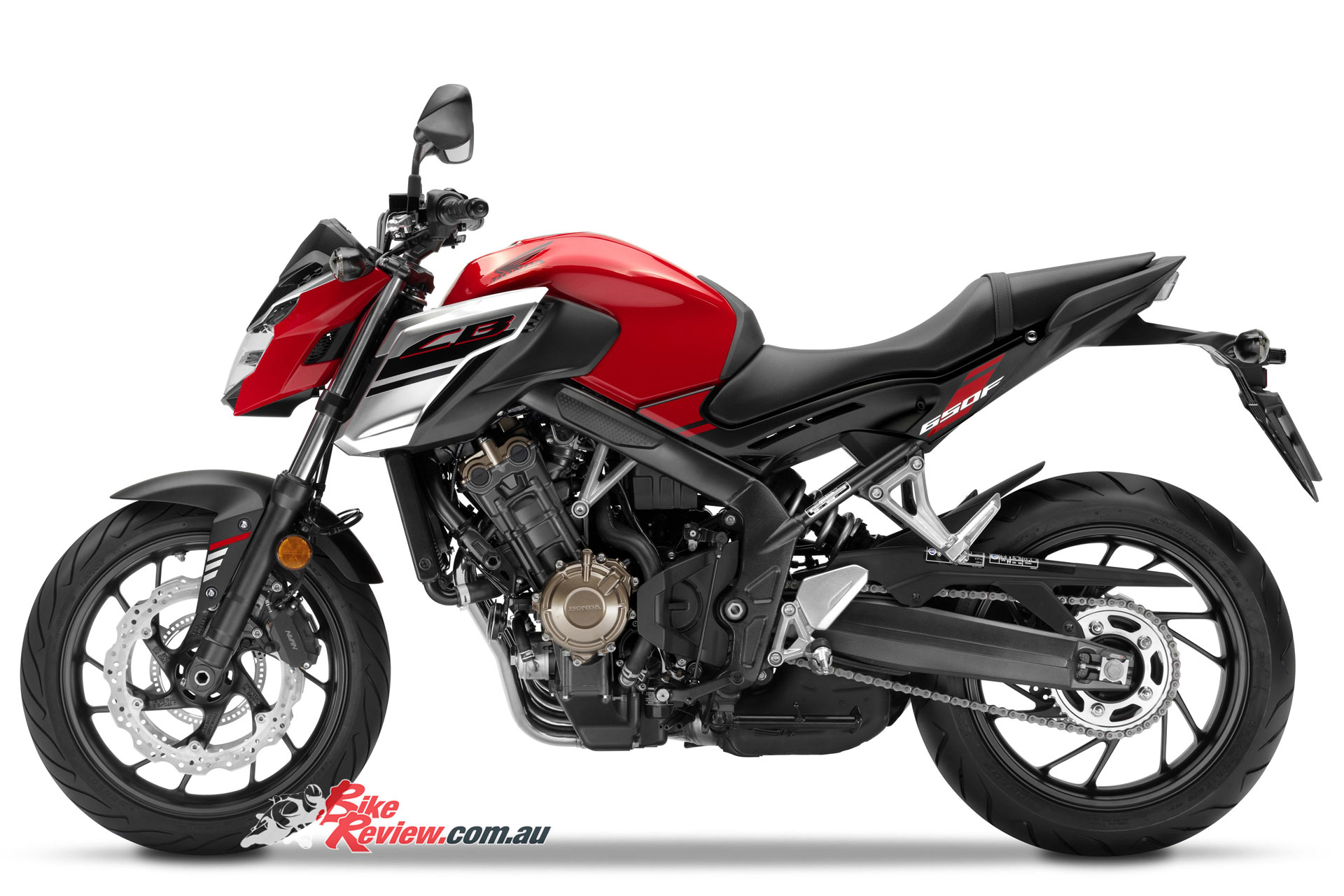 The riding position has been moved slightly forward, placing the rider closer to the front wheel; flatter tubular handlebars use optimised internal weights and now clamp into rubber-mounted risers to aid rider comfort.

The seat’s narrow middle profile helps ground reach and it sits on rubber mounts that are carefully shaped (with specific hardness) to minimise any vibration. Seat height is 810mm. 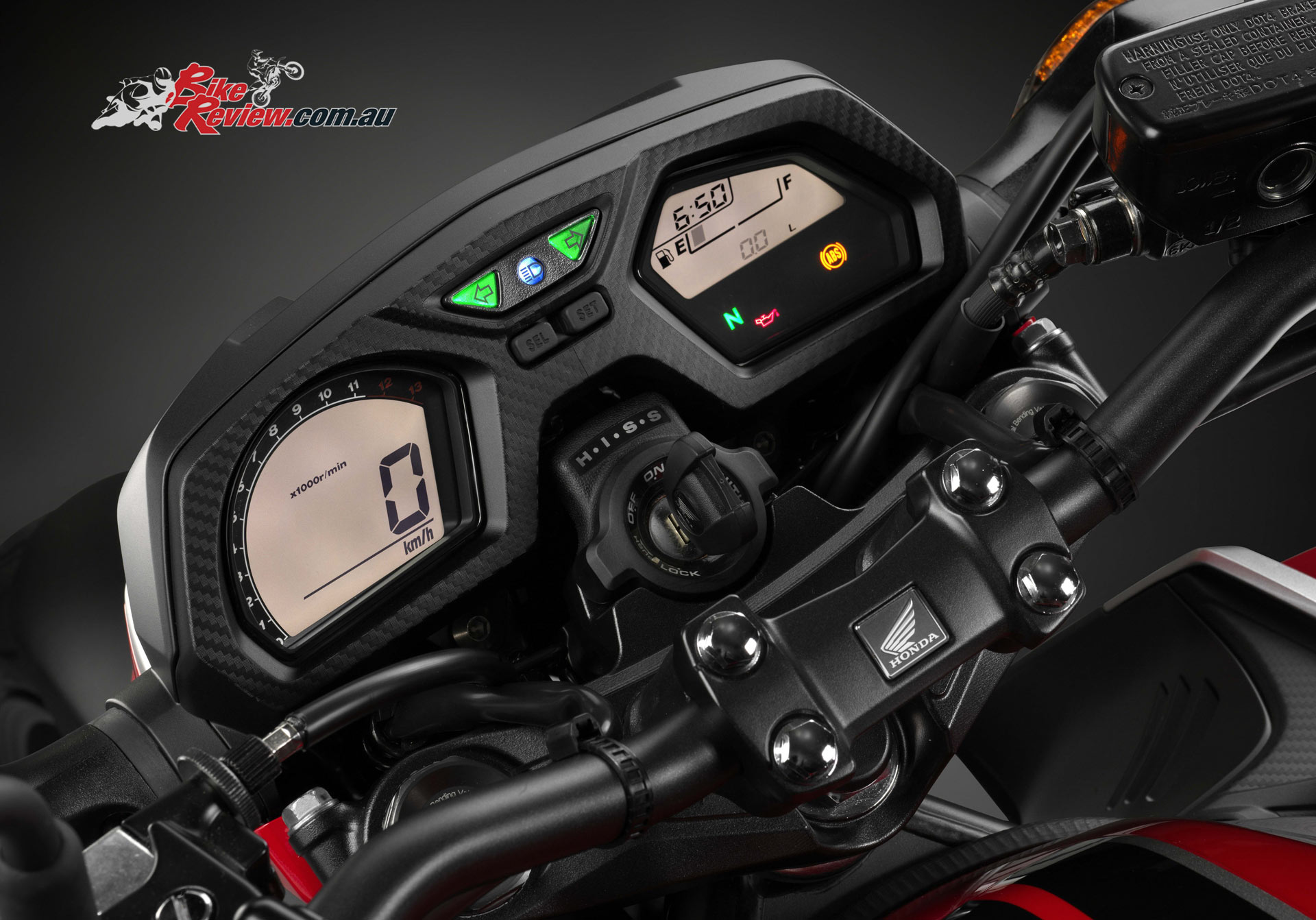 The dash comprises twin large digital screens. On the left are the rev-counter and speedometer; on the right are a fuel gauge, clock, odometer and the warning lights. Both sides are lit by a white back light. The key is a compact ‘wave’ design. 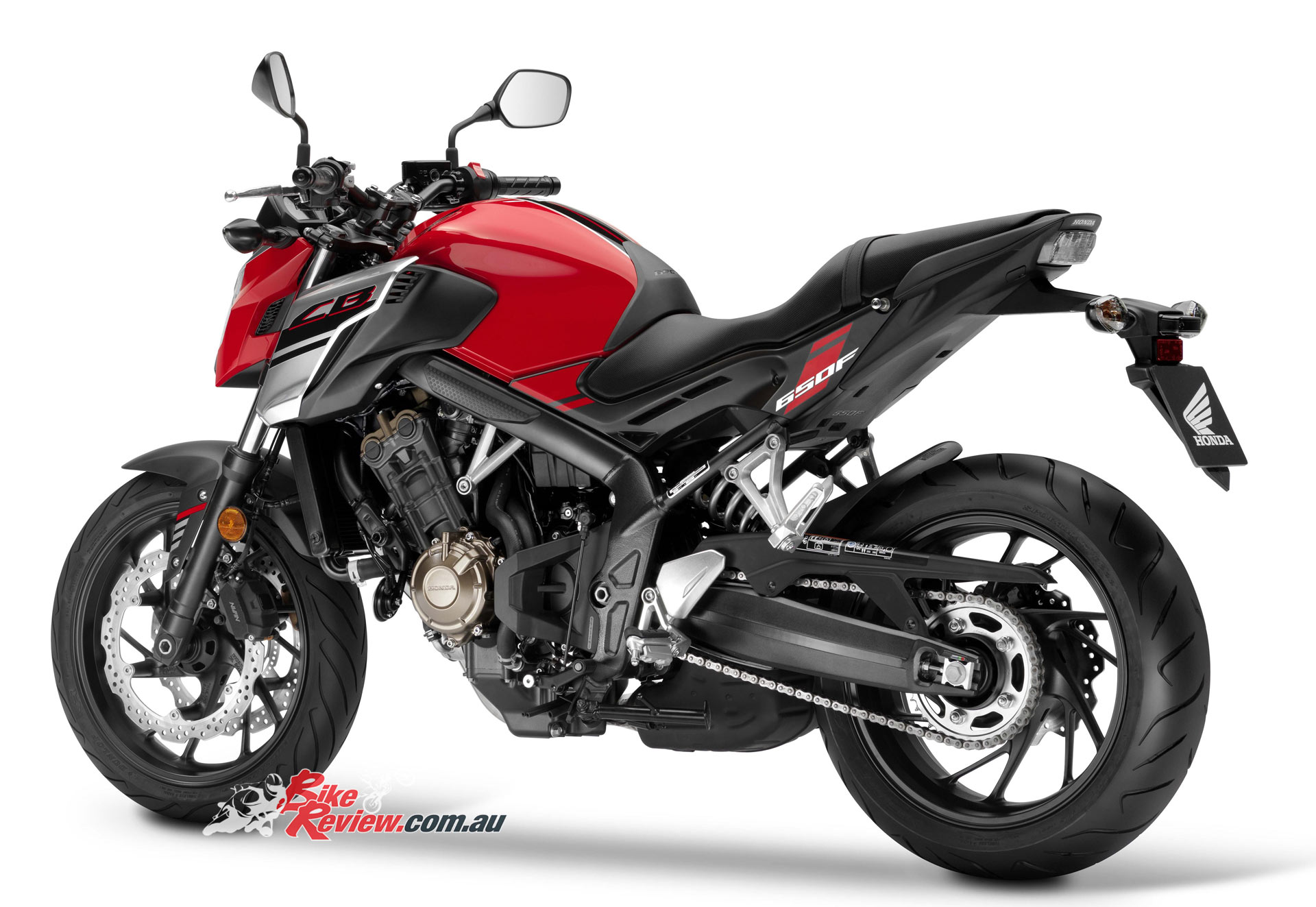 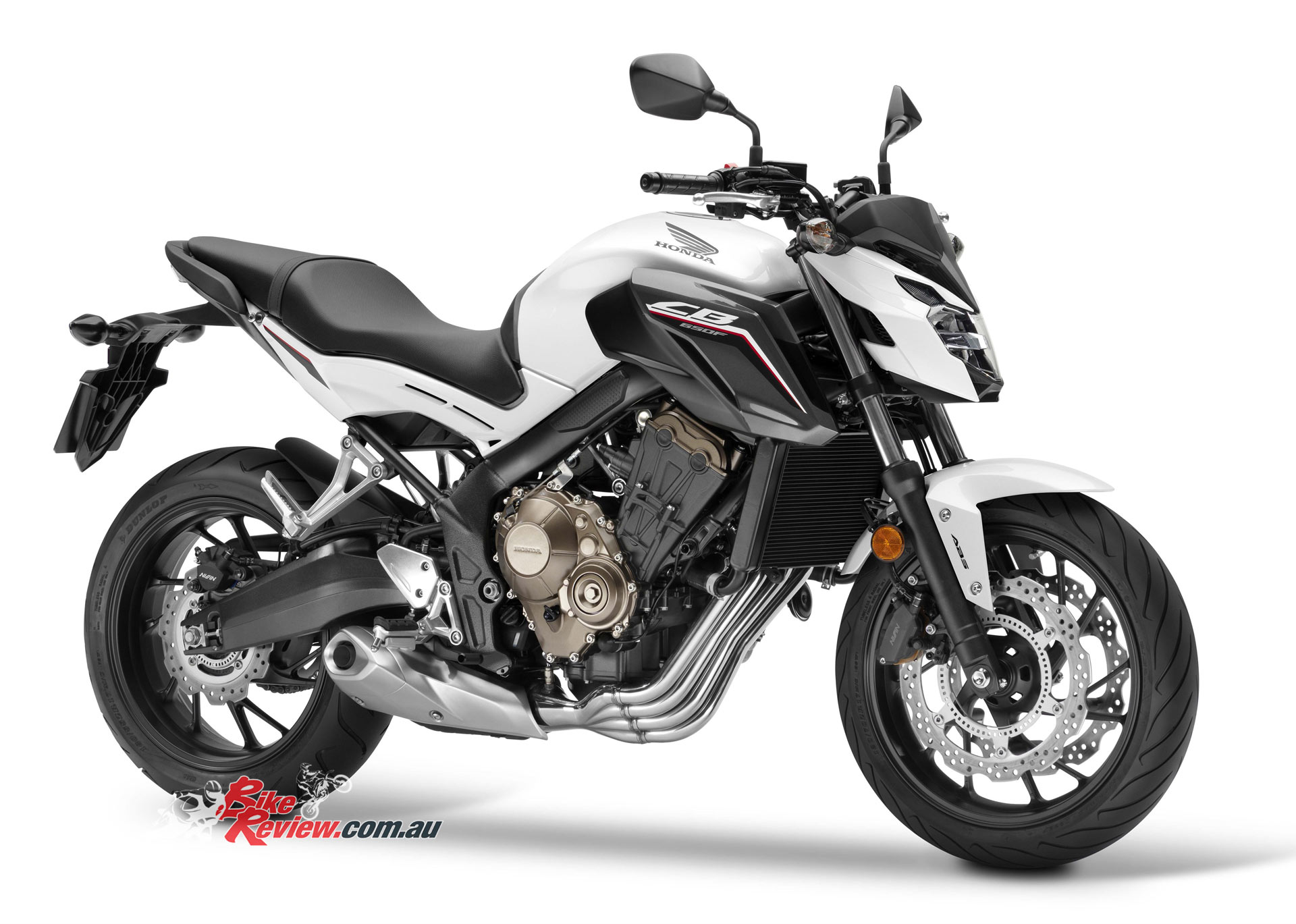