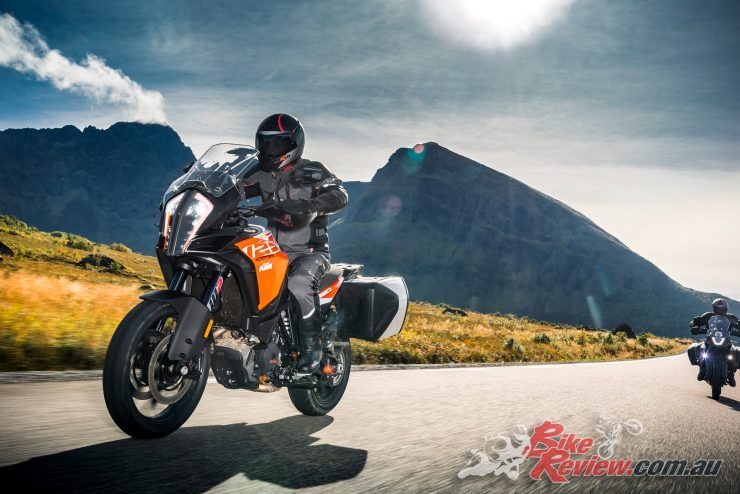 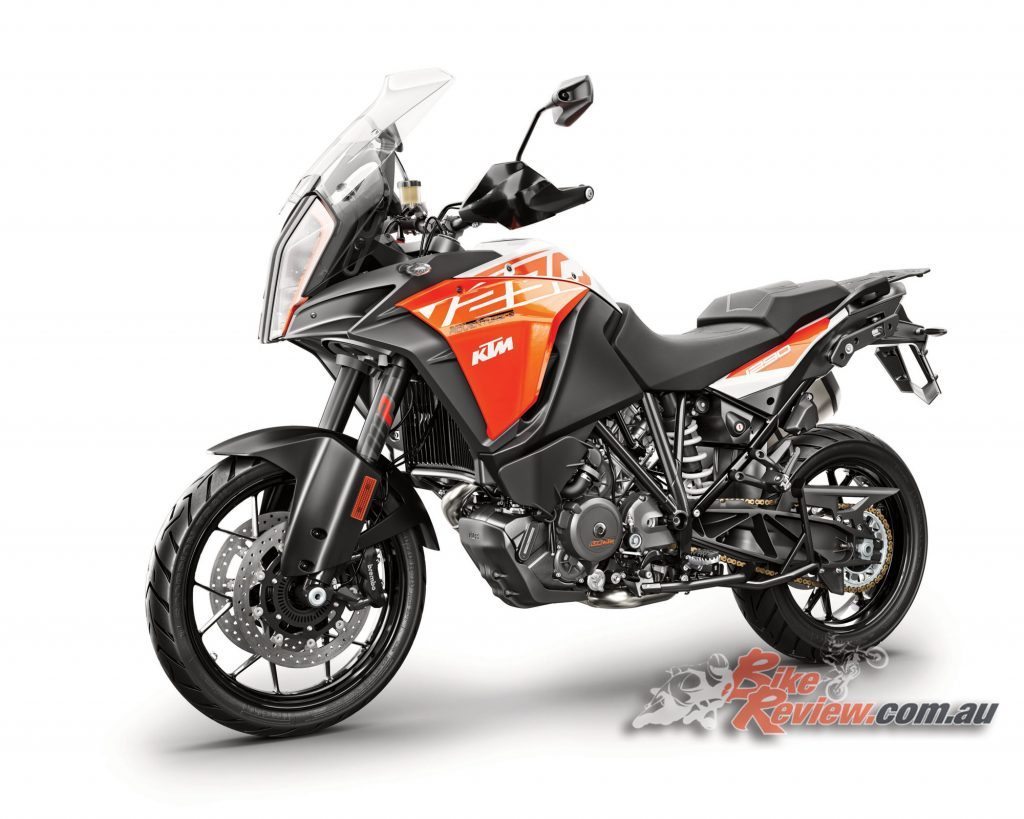 At 160hp (118kW), with a semi-active suspension and Motorcycle Stability Control (MSC), it has all you need to completely eclipse sport motorcycles of any description.

The generational change becomes apparent at the first glance, mainly because of the 1290 Super Adventure S’s striking new front.

Once again, the KISKA design team has proven that exceptional, highly functional shapes and technical solutions must be expected to emerge from Salzburg at any time. 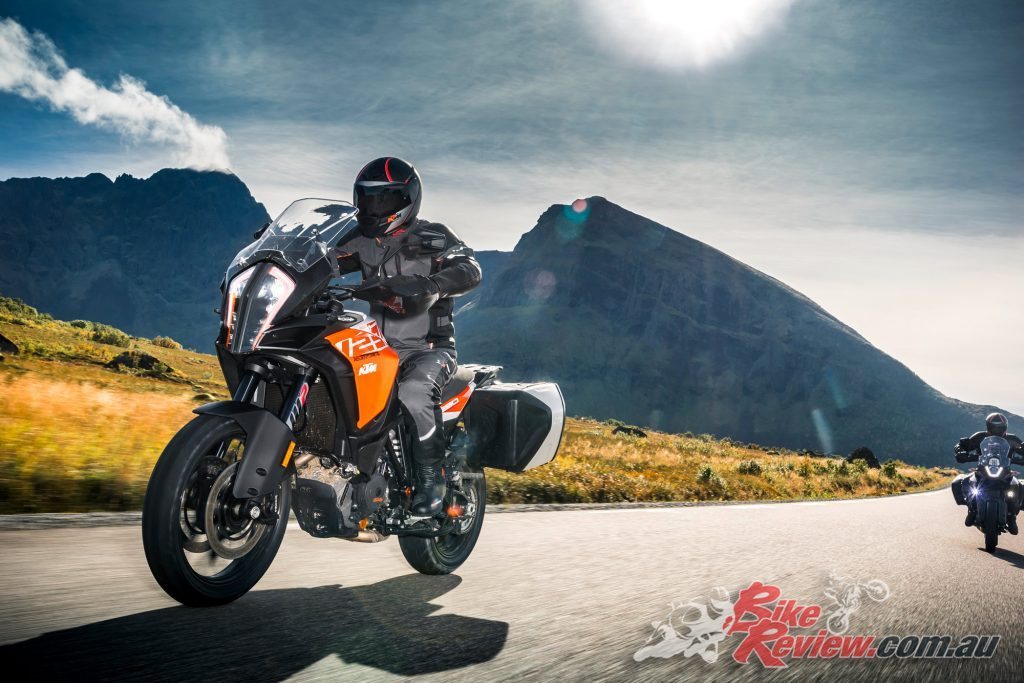 The breathtaking design with new air intakes and tank spoiler only became possible by developing a multifunctional aluminum structure to carry the LED headlights and cornering lights, which at the same time adopts the function of a heat sink.

Integrated into the fairing, there is a sophisticated new dashboard with a large, full-color, 6.5in (16.5cm) TFT display, allowing an even more comfortable and intuitive operation and configuration of the comprehensive electronic equipment and assistance systems via the new, illuminated menu switch on the handlebar. 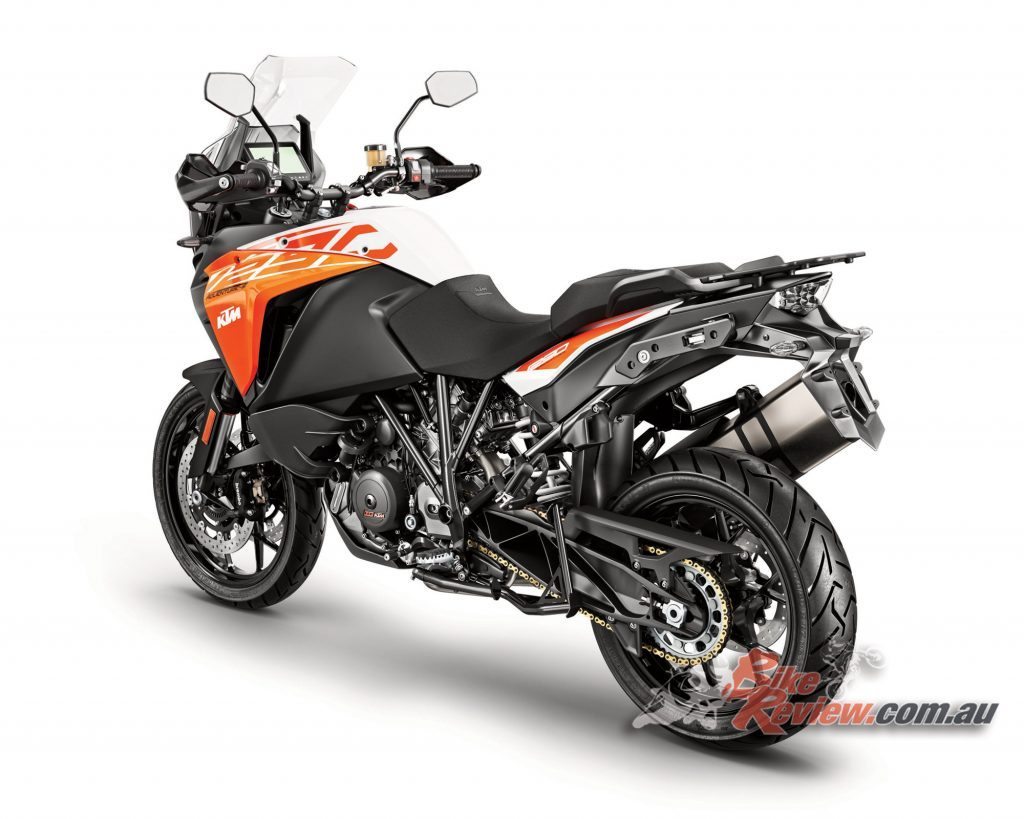 Behind the windshield – which has gained a new adjustment mechanism even easier to operate – the instrument made of bonded, antiglare glass is protected from fingerprints by a special coating, while its tilt can be adjusted for a perfect read-out.

On the go, the rider’s mobile phone is kept safe within a waterproof compartment with USB charger. The 1290 Super Adventure S not only shares the 1,301cc 75° V-Twin with 160hp (118hp) with the “R” model but also the comprehensive assistance package with MSC and MTC as well as convenient features like the cruise control and the KTM race on system. 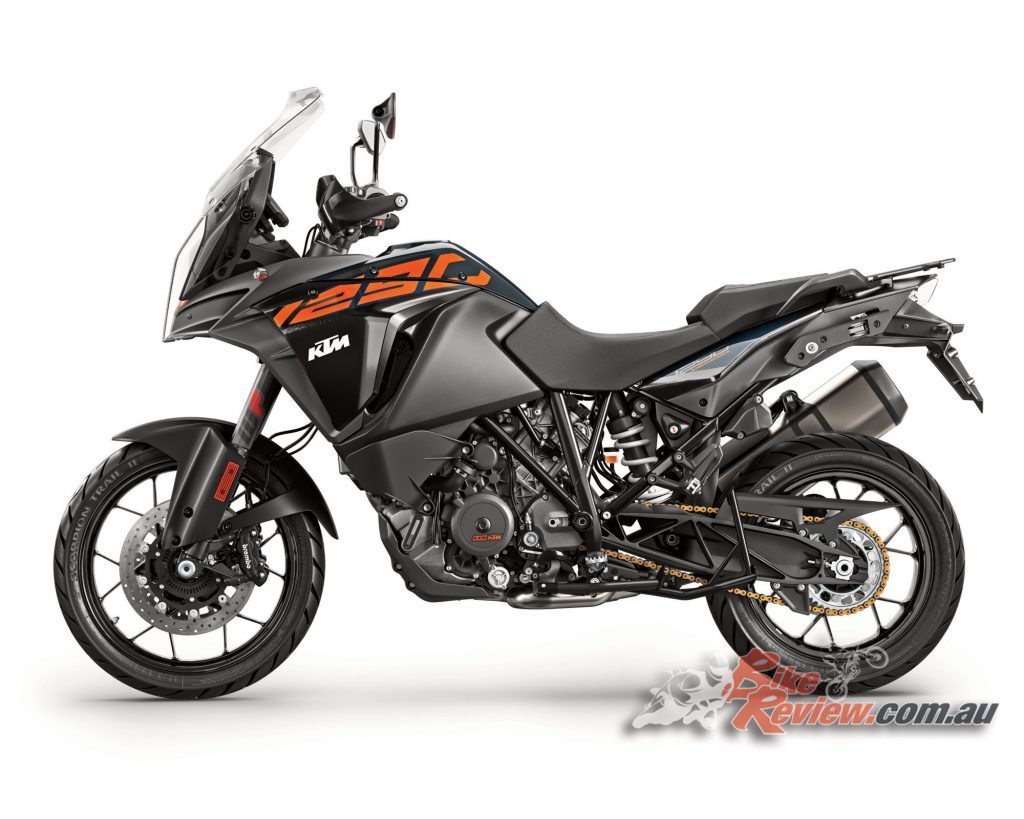 However, sporty cast aluminum wheels in 19in front and 17in on the rear as well as a suspension travel slightly shortened to a still ample 200 mm lend the “S” a lower center of gravity for extra cornering dynamism.

A core highlight of the new KTM 1290 Super Adventure S is the standard, semi-active WP semi-active suspension, allowing to select any of the “Comfort”, “Street”, “Sport” and „Offroad” damping settings for the front forks and the shock absorber via a handlebar switch, even on the go. 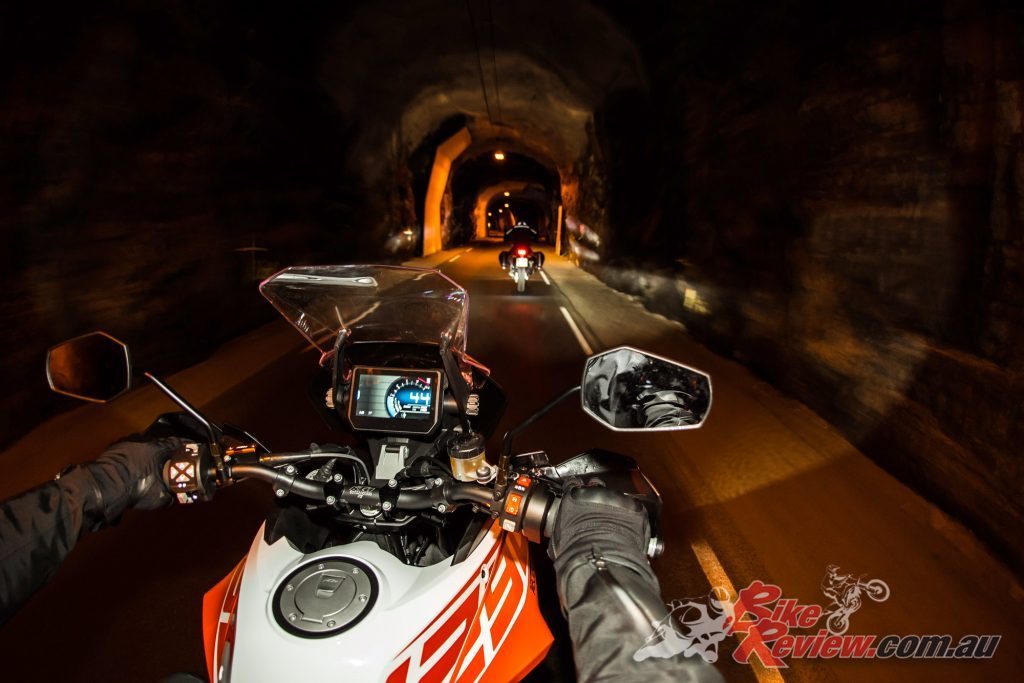 At the same time, for a perfect chassis geometry at any load, the spring rate of the rear suspension is also easily adjusted electronically in four stages.

And even fast motorway rides are taken into account. The pre-installed mountings for the tight-fitting KTM luggage system are now floating, to make the Adventure even more stable. 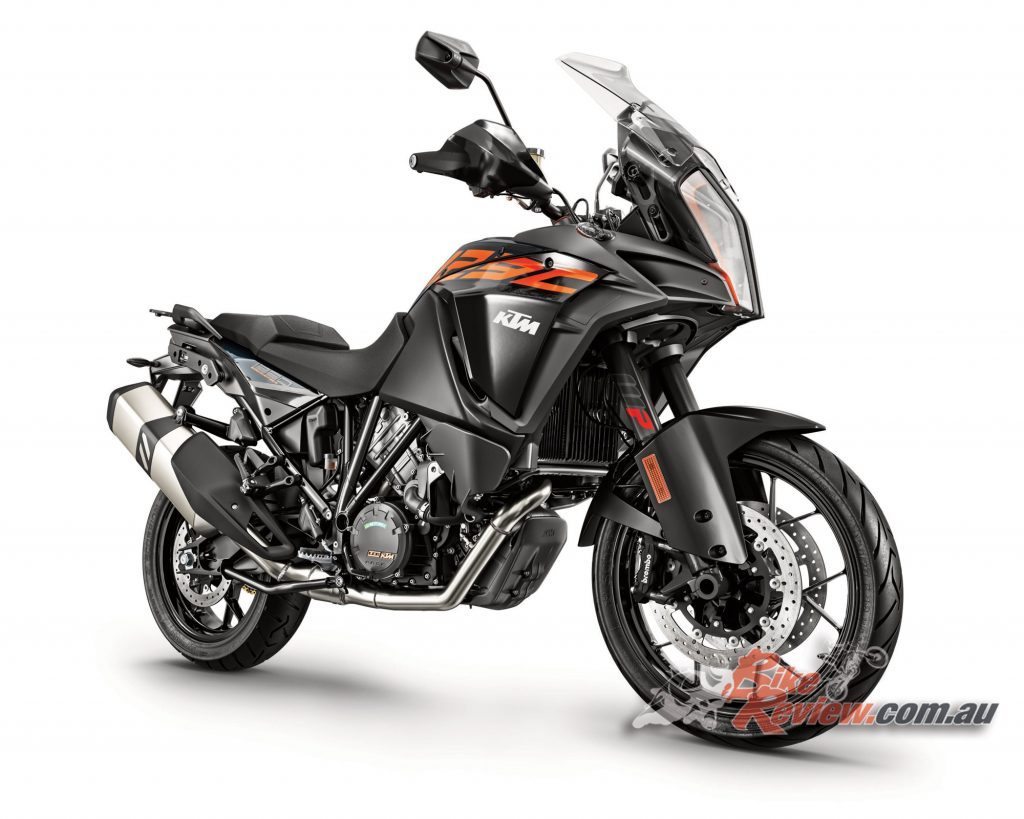 As an option, buyers of the 1290 Super Adventure S may also specify the “Travel Pack”, among others with the Hill Hold Control (HHC), the Motor Slip Regulation (MSR) and the quick shift+ for up and down shifting.

Also included, the “KTM MY RIDE” features a hands-free kit to receive incoming calls on the go as well as an audio player function 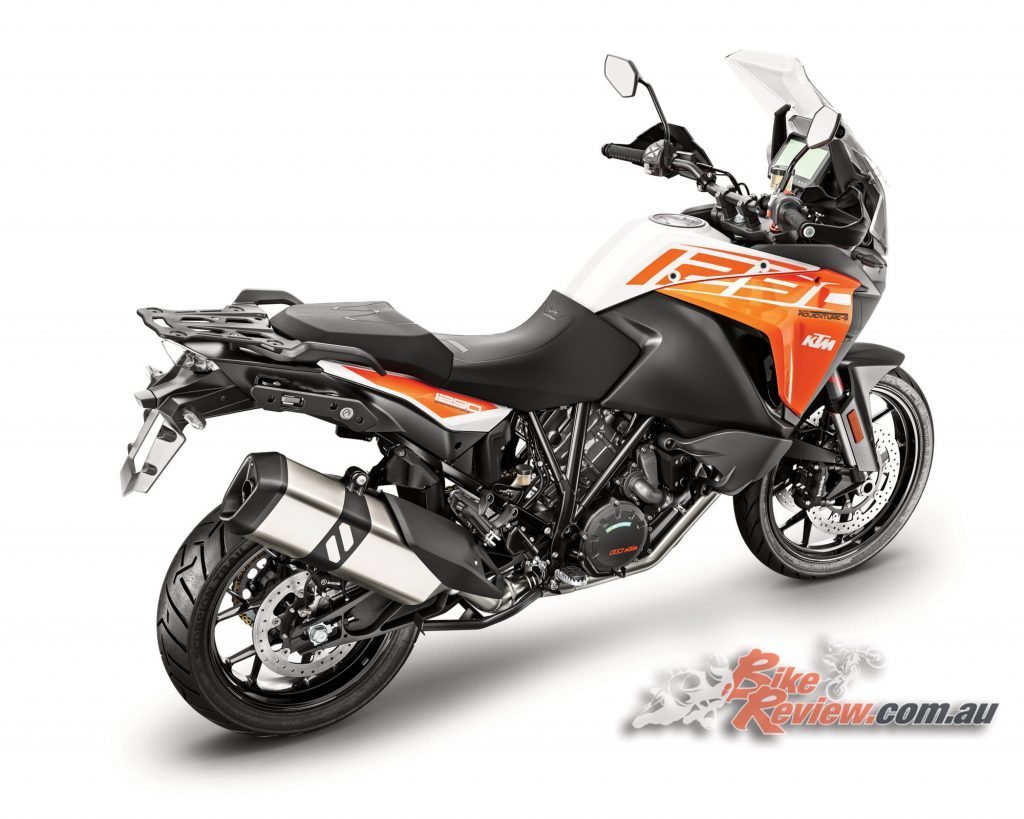 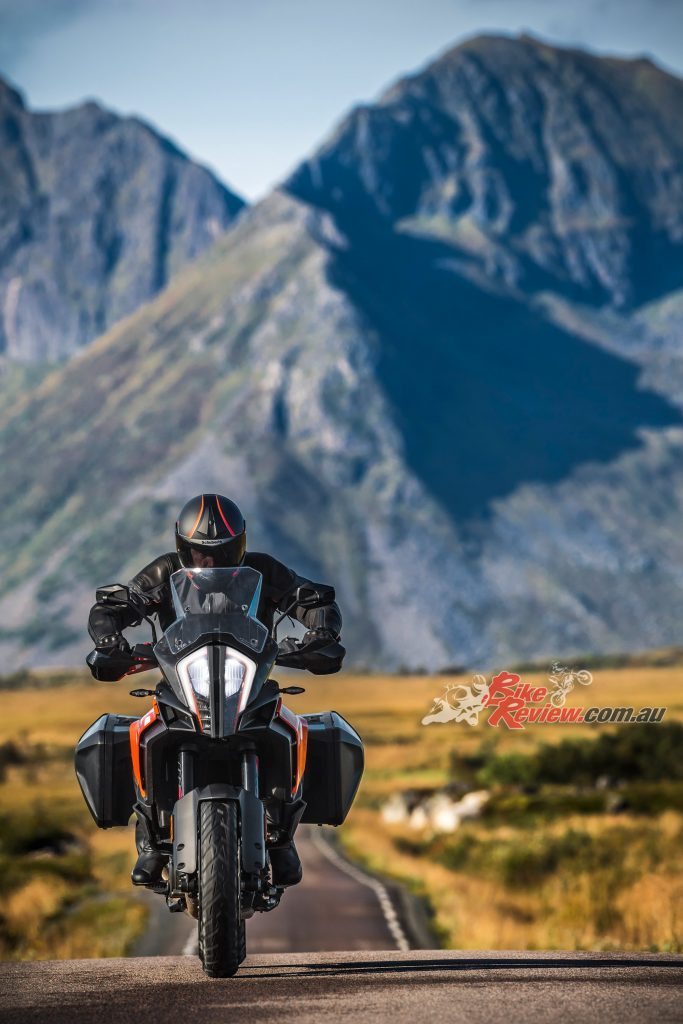