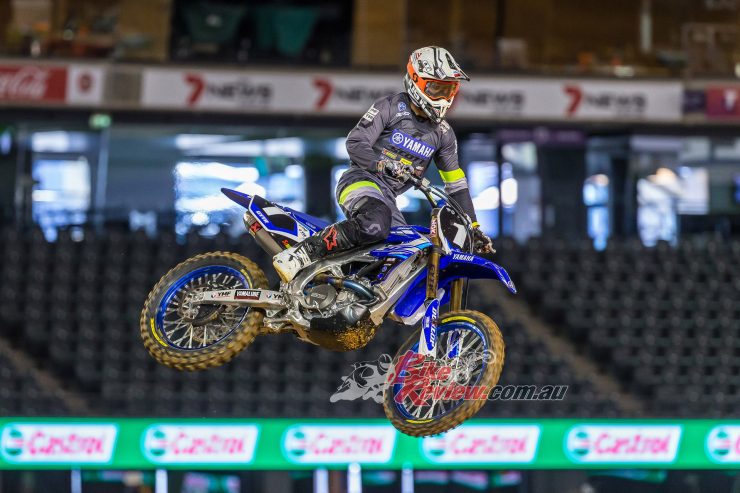 Jay Wilson turned in his performance of the Australian Supercross Championship by finishing third in the SX2 (250cc) class at the final round of the series, held at Marvel Stadium in Melbourne.

Wilson, the 2018 SX2 champ, has had a frustrating season so far, just missing the podium at the opening four rounds despite winning races and being in contention throughout. But, he put all that behind him on the weekend to make the most of a big occasion when supercross hit prime time in the city of Melbourne. 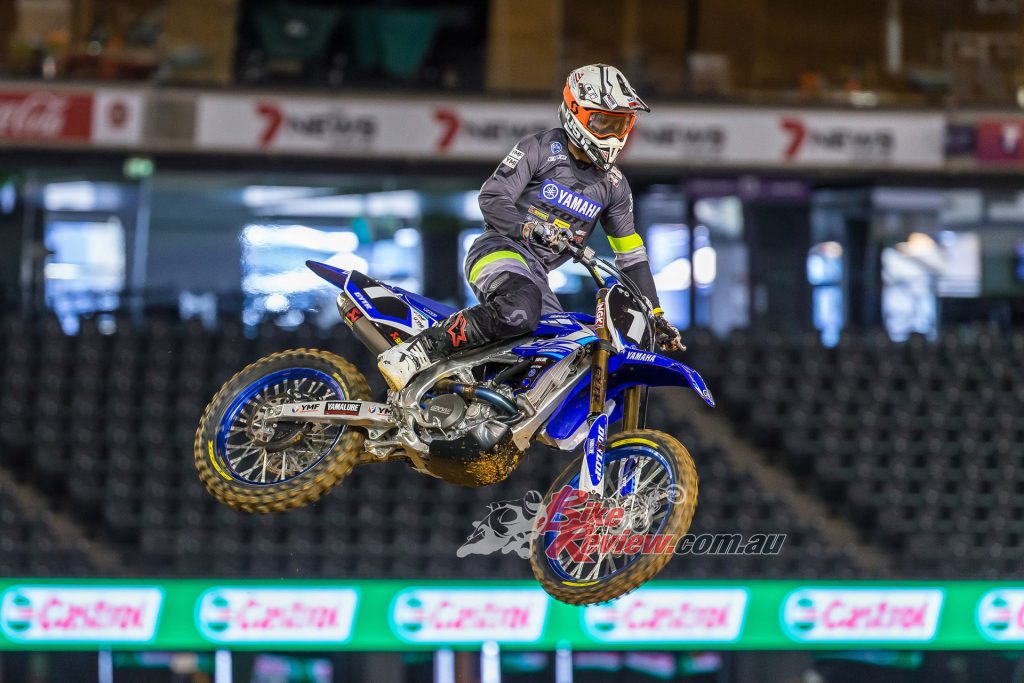 Jay Wilson has saved the best till last in a tough 2019 season.

With the Triple Crown format again is use over the weekend where riders faced three, seven lap races with just five minutes break in between, Wilson carded 3-2-3 results to take third on the night and move to fourth in the final championship standings.

It was a spirited fight all night from Wilson has he often had to over come average starts and poor track position in the early stages of each race to charge his way through a highly competitive SX2 field. He mixed it up with some established name riders from the US and took the challenge up to them in every race. 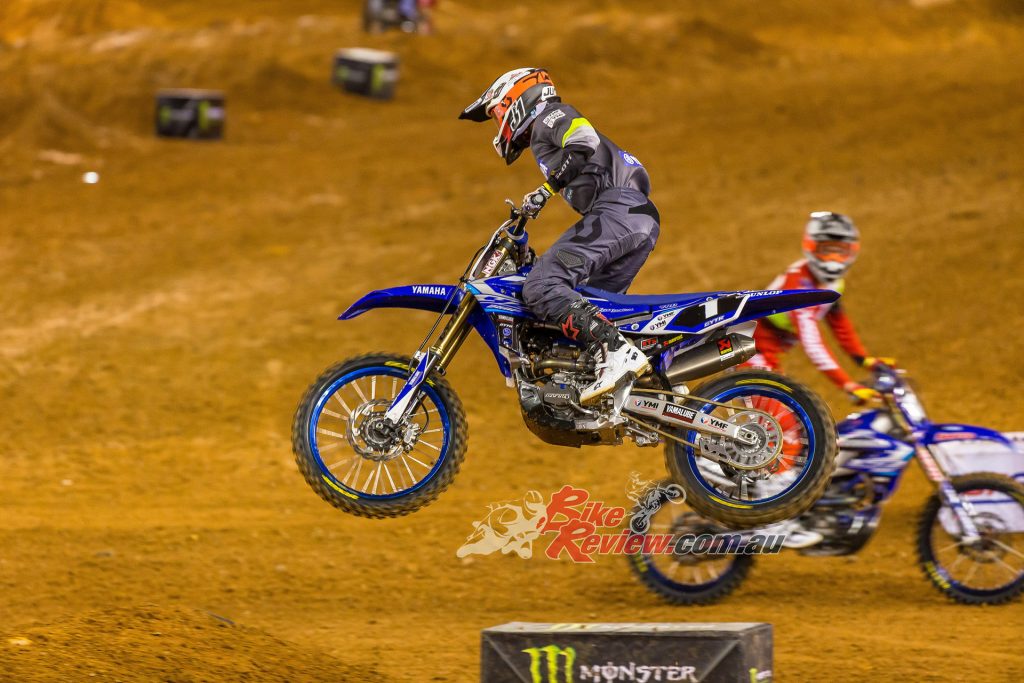 Wilson has finished third in the SX2 championship for 2019.

Unfortunately, it wasn’t enough to retain his SX2 number one plate, but he went down all guns blazing and the podium on the night was a positive way to finish the championship.

“Tonight my mentality was that I had nothing to lose. I was fifth coming into the final round and even if I had a shocker, it wouldn’t have done much for the overall result, so I just laid it all on the line and see what happened.

“I didn’t get great starts all night and that was my fault, my reaction time at the gate was terrible but I managed to make some passes only to get near the front but run out of time. But, I feel pretty good with how I raced tonight and just wished I had of taken that mentality in from round one. 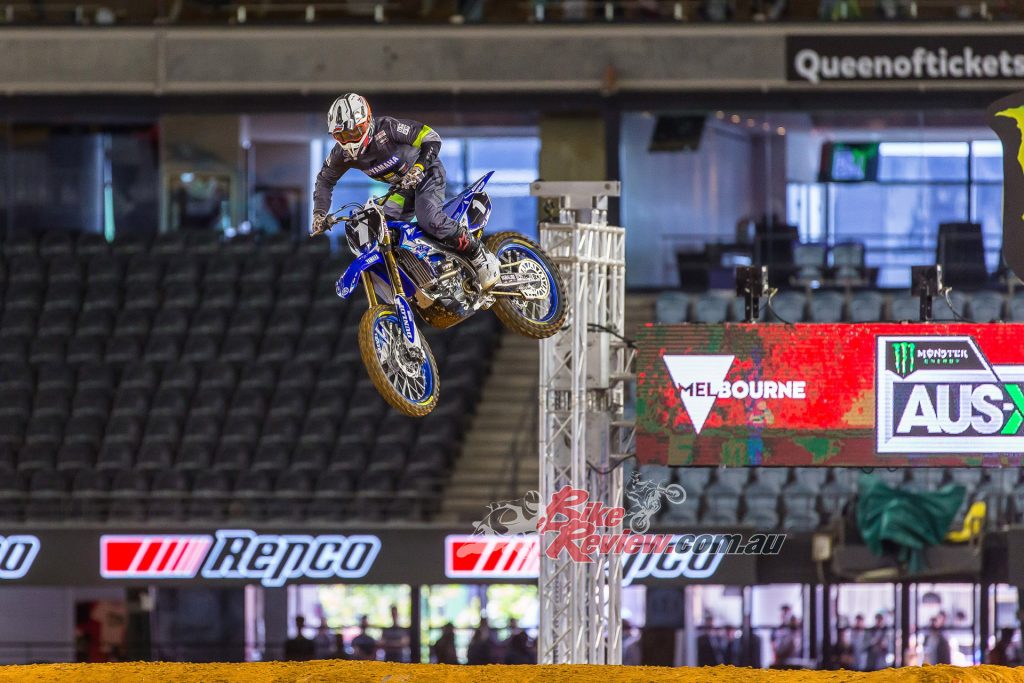 “The team did a great job as always and the bike was perfect. The Yamalube Yamaha Racing team put in a big effort and it was frustrating not to be able to get them on the podium until now in this series. Thanks to my mechanic, Mike Ward, his dedication and passion is unrivalled and while we didn’t get the championship back, we gave it a good shake,” Wilson said. 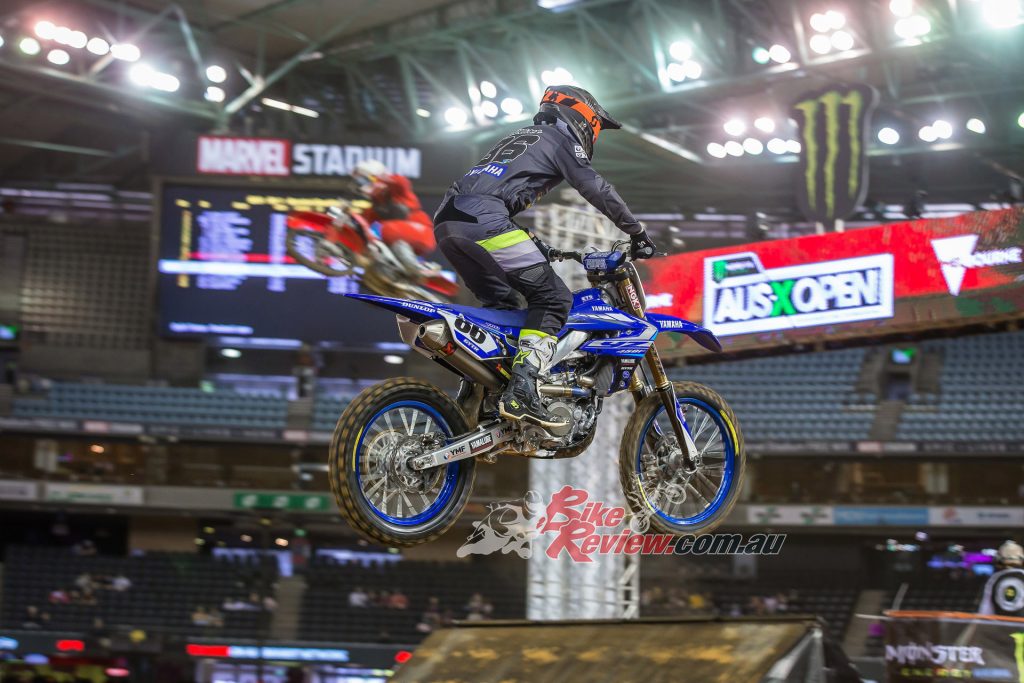 Richie Evans completed his first series in supercross and claimed sixth overall in the SX1 championship. The north Queenslander had only competed in a few supercross events prior to the 2019 season and never on a 450, so is sixth place finish makes the result the more impressive.

Evans finished the final round in eighth place and again mixed it with some of the best names in the business. The list of names directly ahead of Evans on the night are a who’s who of supercross, names like Reed, Reardon and Clout, so for Evans to be in the battle speaks volumes for his quick uptake of supercross.

He finished the night with 6-9-8 results and in a strange twist, his worst result of the night was when he actually took the shortcut. Still, it was a good performance from him and a good result for the championship. 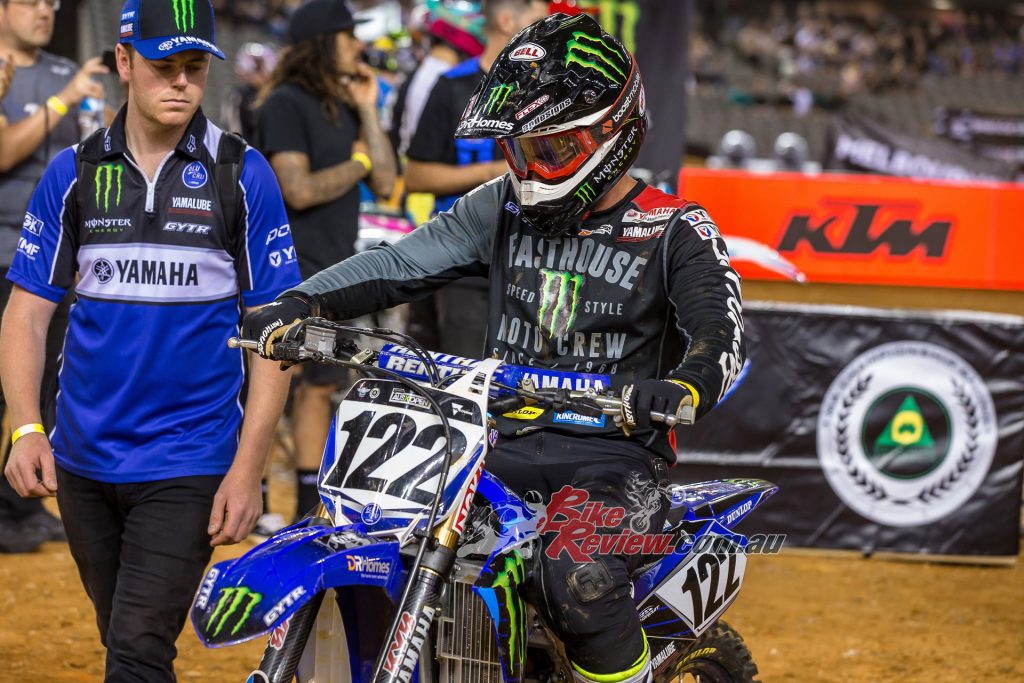 “Sometimes I look at who is alongside me on the start line and think its pretty amazing that I am on the same track as them. I started next to Jason Anderson in all six main events in Auckland and Melbourne- the guy was the 2018 world champion, and I’m just a dude riding a dirt bike from Cairns. I think he must be over me as I got a few starts on him as well,” Evans laughs.

“But its been a good supercross series for me. I came in injured at round one, got a top five in Adelaide, had a couple of tough races in Wollongong and Auckland before finishing strongly here in Melbourne.

“The team have been great and having Michael work with me has been good as he has so much experience. Thank you to everyone on the team and I have had a great time racing supercross,” Evans said. 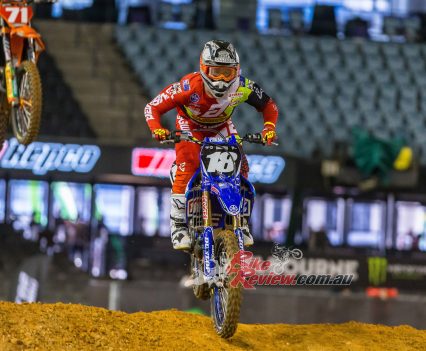 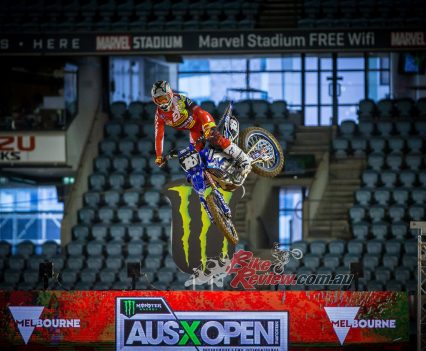 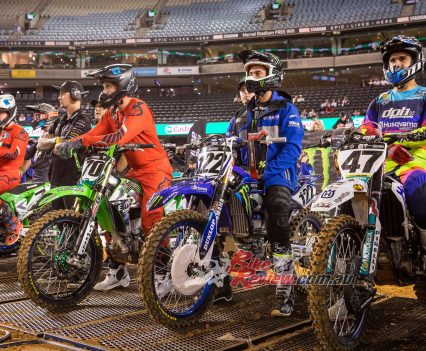 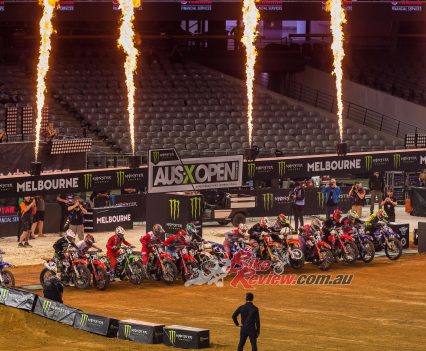 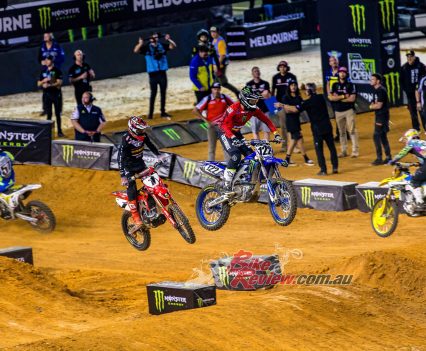 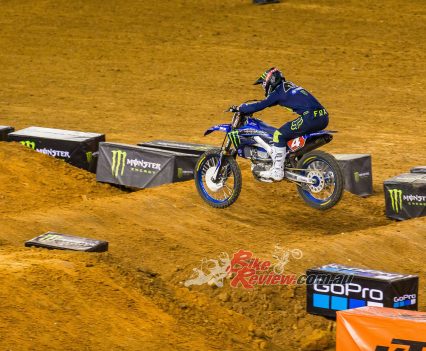 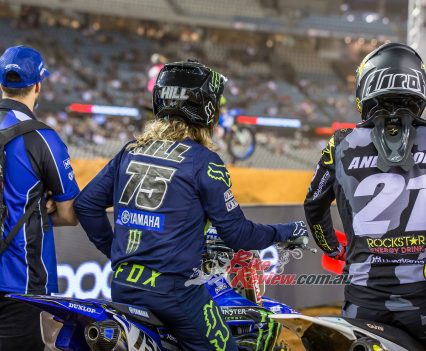 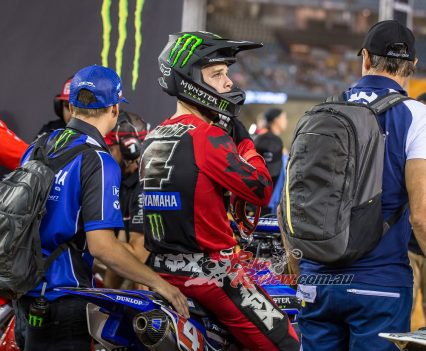 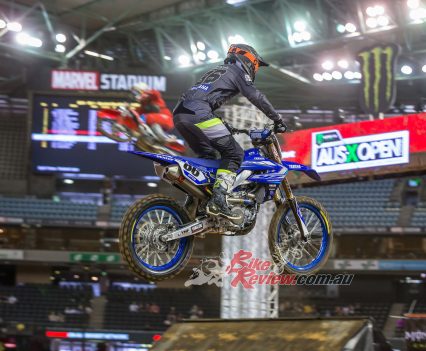 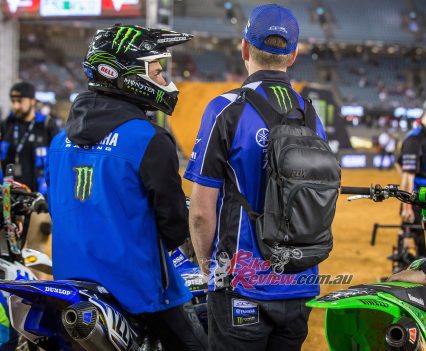 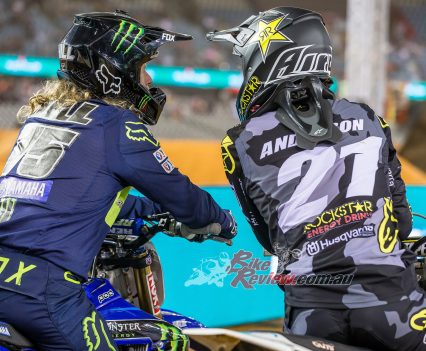 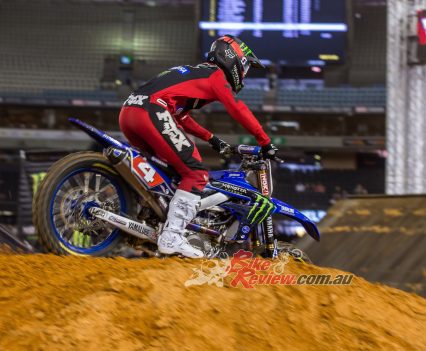 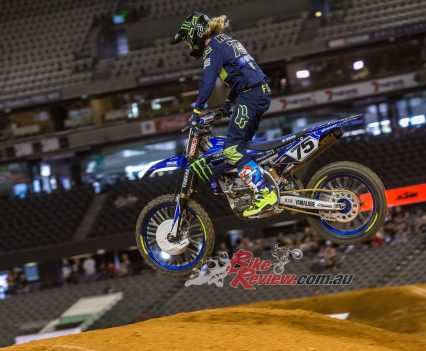 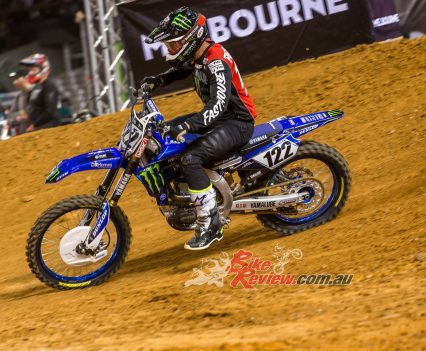 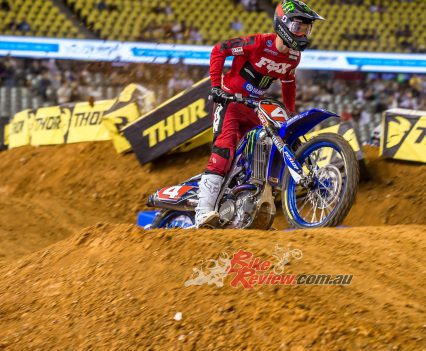 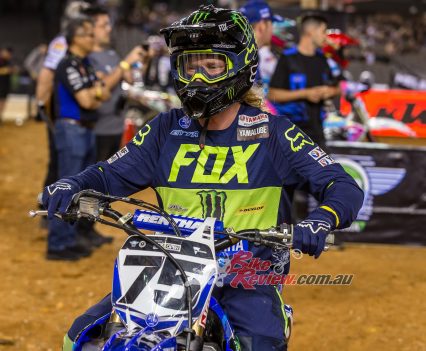 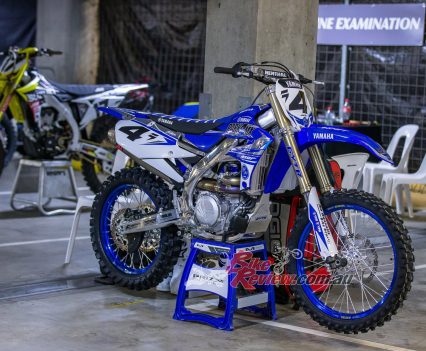 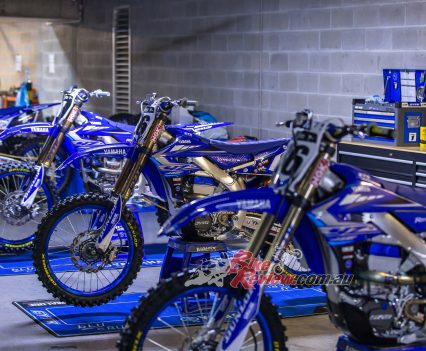 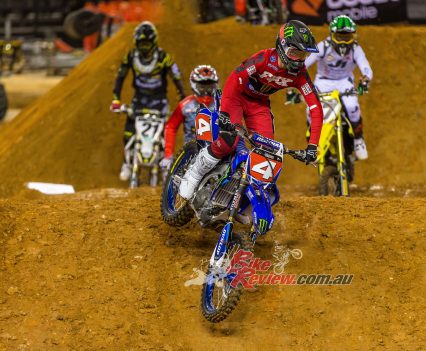 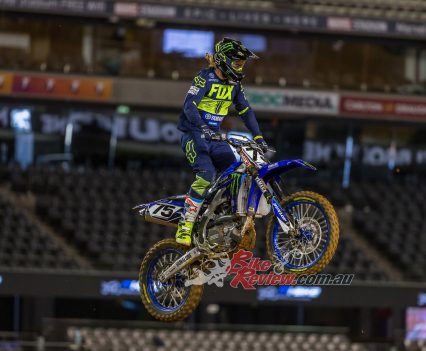 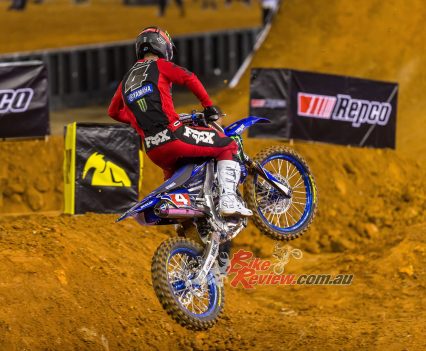 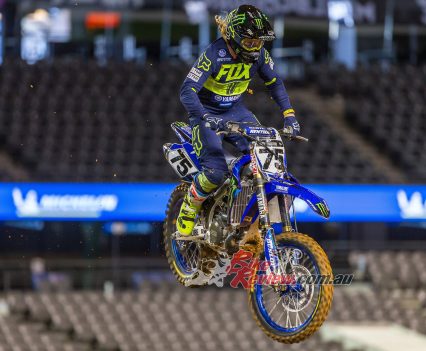 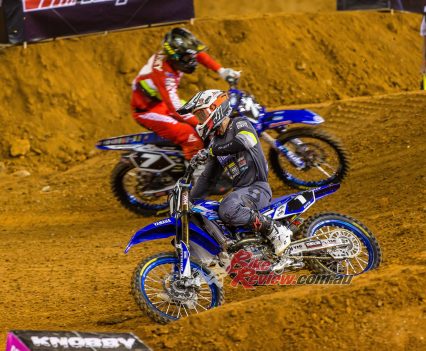