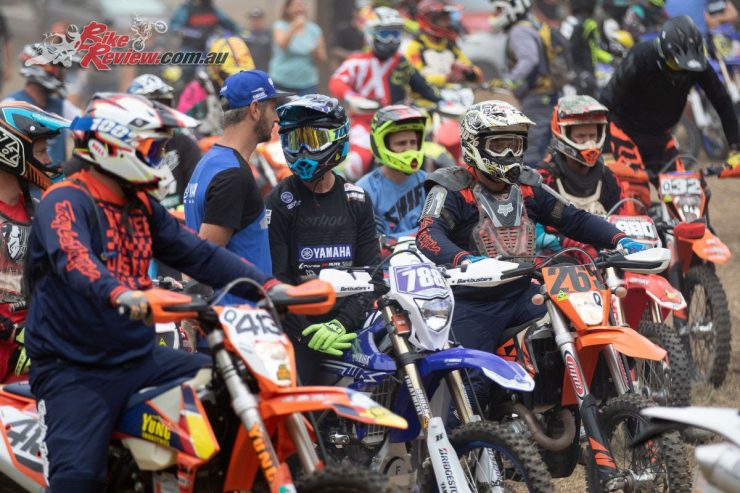 Emerging from the dusty haze that was Toowoomba, the Yamaha Australian Off-Road Championship (AORC) has come away with five lessons learnt.

Rest assured that these five lessons don’t include a nostalgia for Higlett’s long gone mullet or that black jeans definitely do not agree with 38-degree Queensland Summer days. Instead, these five pointers prove how strong the land ‘down under’ is when it comes to Off-Road racing, how AORC attracts world class talent and the undeniable skill that continues to emerge out of our junior competitors.

Lesson One: Chucky and Milner Set The Benchmark

Rounds 1 & 2 on the weekend past proved just how good these two household names are both in Australia and overseas. Both Saturday and Sunday saw Daniel Milner (KTM Enduro Racing Team) and Daniel “Chucky” Sanders (Husqvarna Enduro Racing Team) move classes and bikes, making a seamless transition irrespective of the arising challenges.

Picking up where they left off last year, Milner and Sanders also hold the fastest times for both Rounds 1 & 2, adding further distinction to their presence both on and off the bike. 2018 saw each remain unbeaten in their respective classes, and as the 2019 season kicks off, their streaks look likely to continue.

Toowoomba raised that bar higher again, with the AORC Juniors from J2 to J4 and EJ classes smashing expectations straight out of the park, with entries reaching well into the hundreds!

Consecutive winner for EJ over the weekend, Kyron Bacon (MX Store, KTM) is the perfect example of such raw talent, jumping up from J4 to EJ and without a moment’s hesitation taking out the class win for both rounds!

Fellow J4 to EJ rider, Korey McMahon, has backed up Bacon’s skill, coming out of 2018 as the J4 Champion and heading into EJ to finish the opening rounds to sit in fourth place. Already familiar to the EJ class, Joshua Brierley, had his work cut out for him in Toowoomba, but retained a cool head to finish the weekend right behind Bacon in second place.

It seems that no matter the track conditions, weather or competition, our Australian Juniors are dominating, preparing themselves to take the place of their current heroes. 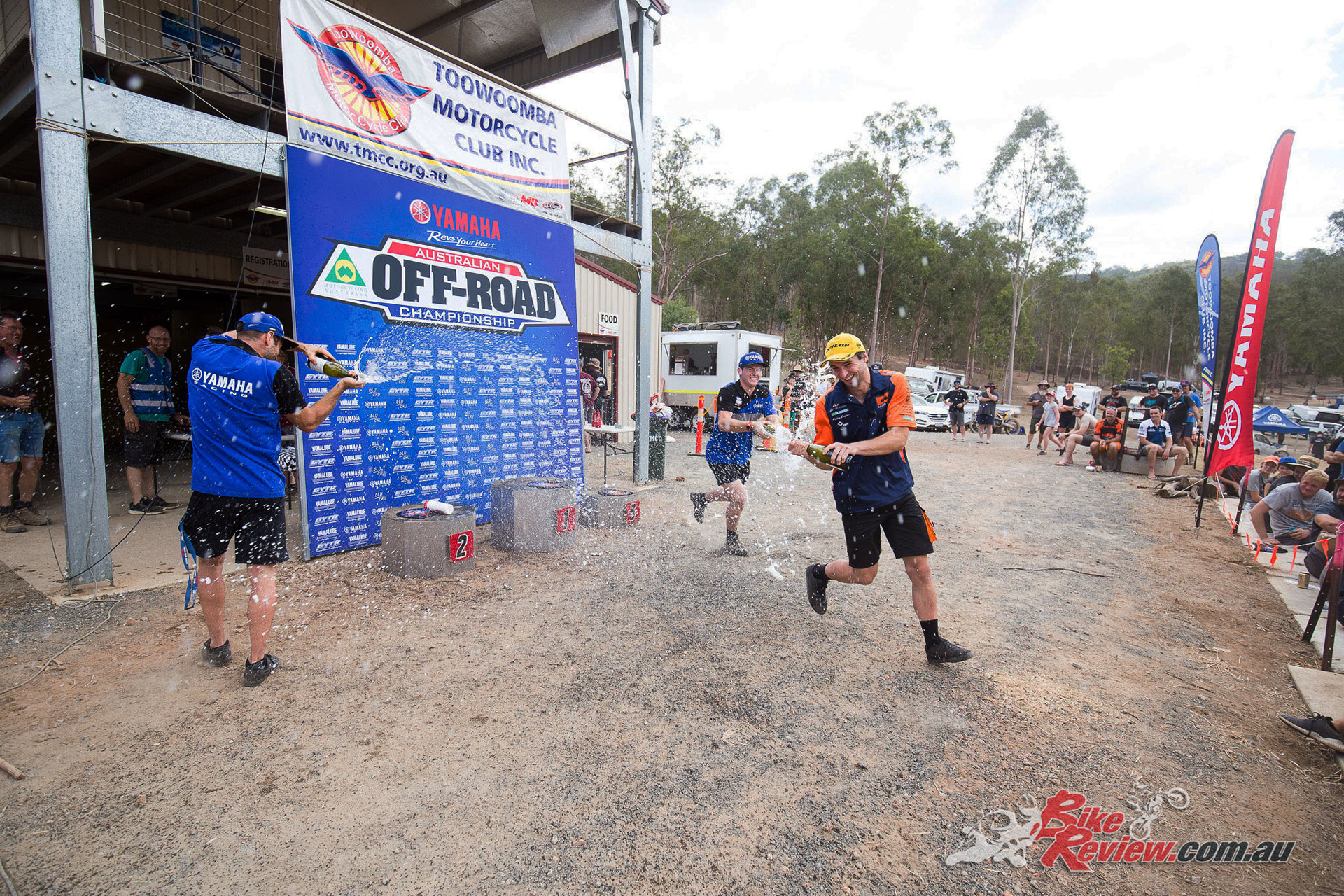 Lesson Three: E1 Is Completely Stacked Out With A World Class Line-Up

The weekend passed delivered superb racing in tough, demanding conditions. Compared to E2 and E3 though, E1 produced a thrilling fight to the finish, with 2018 E1 Champion Luke Styke (Active8 Yamaha Yamalube) losing a chance at consecutive class wins, thanks to a final surge by Snodgrass who took the win with just four seconds to spare!

If that didn’t butter your bread, the line-up in the E1 class is second to none. How many times can you see four-time Enduro GP Champion, Phillips, race alongside Styke, Snodgrass and Fraser Higlett. The collection of competitors features a plethora of international experience, raising the profile of this class to the nth degree!

We here at AORC can’t wait to see who comes out victorious in Rounds 3 & 4 in Dungog next month, with a hopeful return of Phillips back to the start line!

Lesson Four: Gardiner Will Be Hard to Beat

Leading the AORC Championship with the largest point margin of 10, Jessica Gardiner (Yamaha MX Store Ballards Off-Road Team) will be indisputably hard to beat this year as she pursues her campaign to smash the current Women’s title record.

Gardiner left Toowoomba on Sunday with two consecutive wins ahead of Emma Milesevic, Ebony Nielsen and Emelie Karlsson. With a natural competitive streak and a hunger to win, Gardiner is the smiling assassin whose sixth consecutive success in the Australian ISDE Women’s World Trophy Team added further gravity to her overall prowess.

With Milesevic and Nielsen each sitting on equal scores after Rounds 1 & 2, we can’t wait to see these ladies climb their way up to Gardiner’s level! 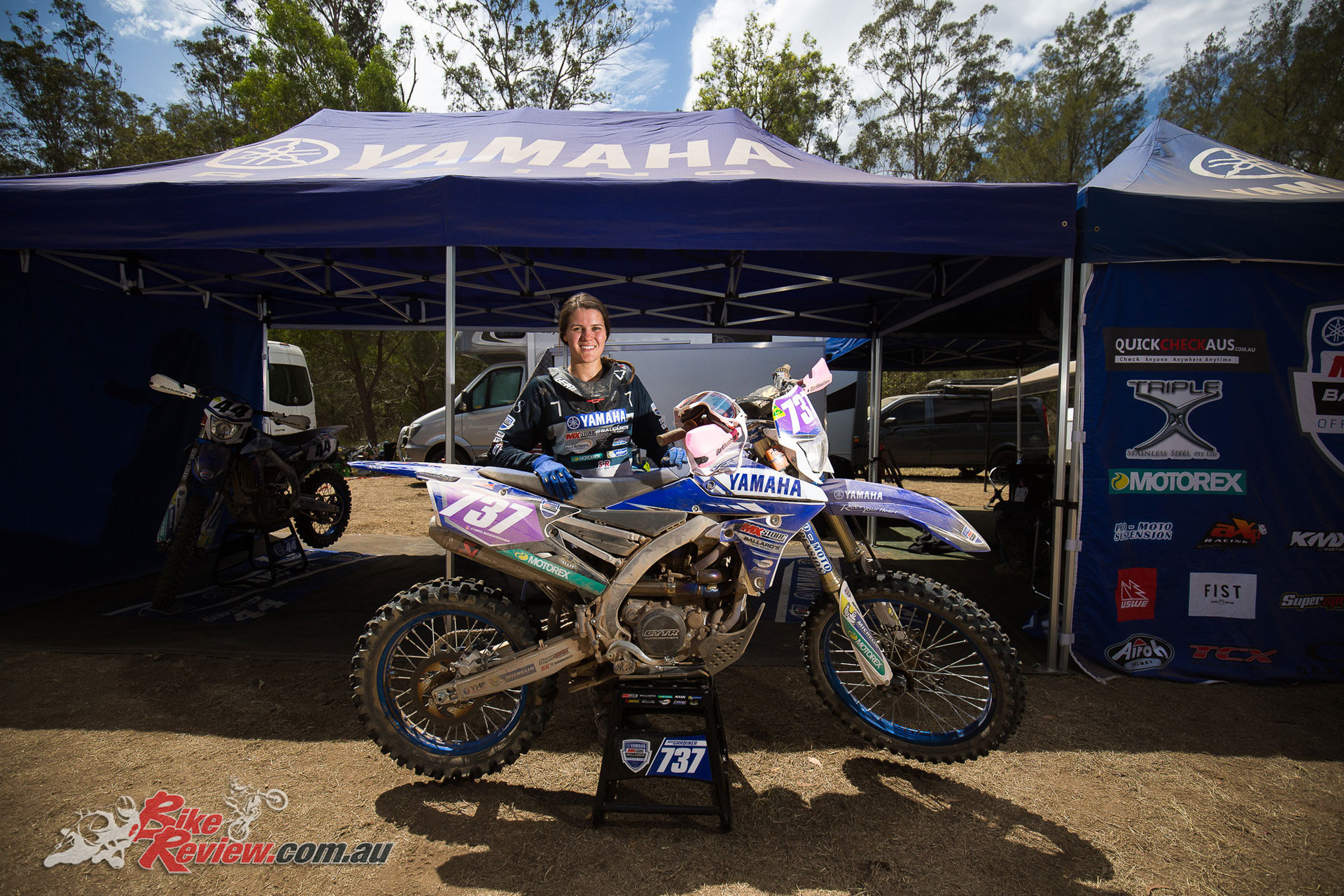 Lesson Five: The AORC Journeymen And Debutante Class Are Up To Snuff

Our final lesson shouldn’t come as any surprise. Today’s Champions admired these Masters, just like today’s juniors look up to the current AORC title holders. Toowoomba saw excellent competitive racing in the Veterans, Masters and 2 Stroke Cup, instilling the rock-solid fact that once a Champion, always a Champion.

Consecutive winners for the weekend, Lee Stephens for Veterans, Kirk Hutton for Masters and Adam Giles for the 2 Stroke Cup each showed the current Champions and emerging Juniors how it’s done.

After a year off and moving on up from Veterans to Masters, Hutton was the epitome of cool and collected all weekend. After tackling the WR 4450F Track on Sunday that delivers challenge upon challenge right from the beginning, Hutton simply didn’t flinch. Instead, he pushed through to land extensive podium real estate.

To catch up on all the highlights from the weekend, check out the Race Recap Video via The AORC Channel on Youtube. Next AORC heads to Dungog, New South Wales for Rounds 3 & 4, running from April 6-7. 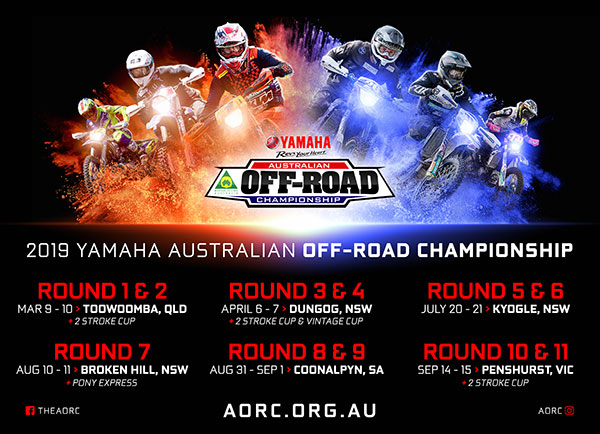