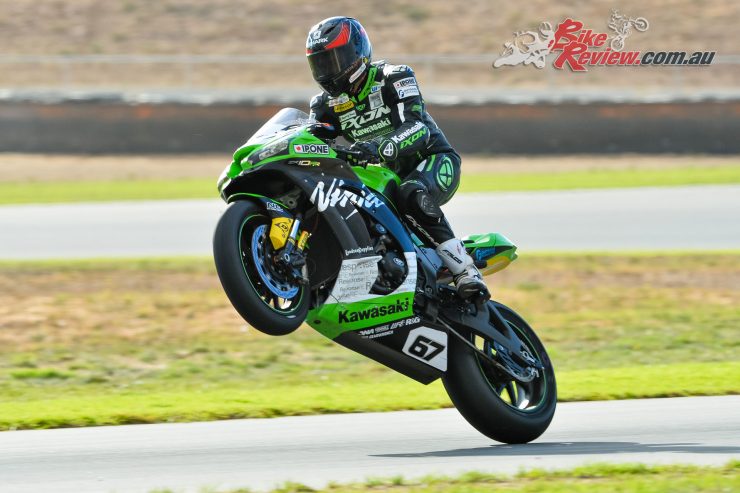 With the bikes still cooling off from a packed weekend of action at The Bend Motorsport Park for Round 3 of the 2019 Motul Pirelli Australian Superbike Championship (ASBK), it’s time to look back at a weekend that provided us with plenty of surprises and a few new names up the head of the field.

Fans were treated to a huge weekend as ASBK teamed up with the Asia Road Racing Championship (ARRC) once again for a weekend packed full of the best motorcycle racing in the Asia-Pacific region. 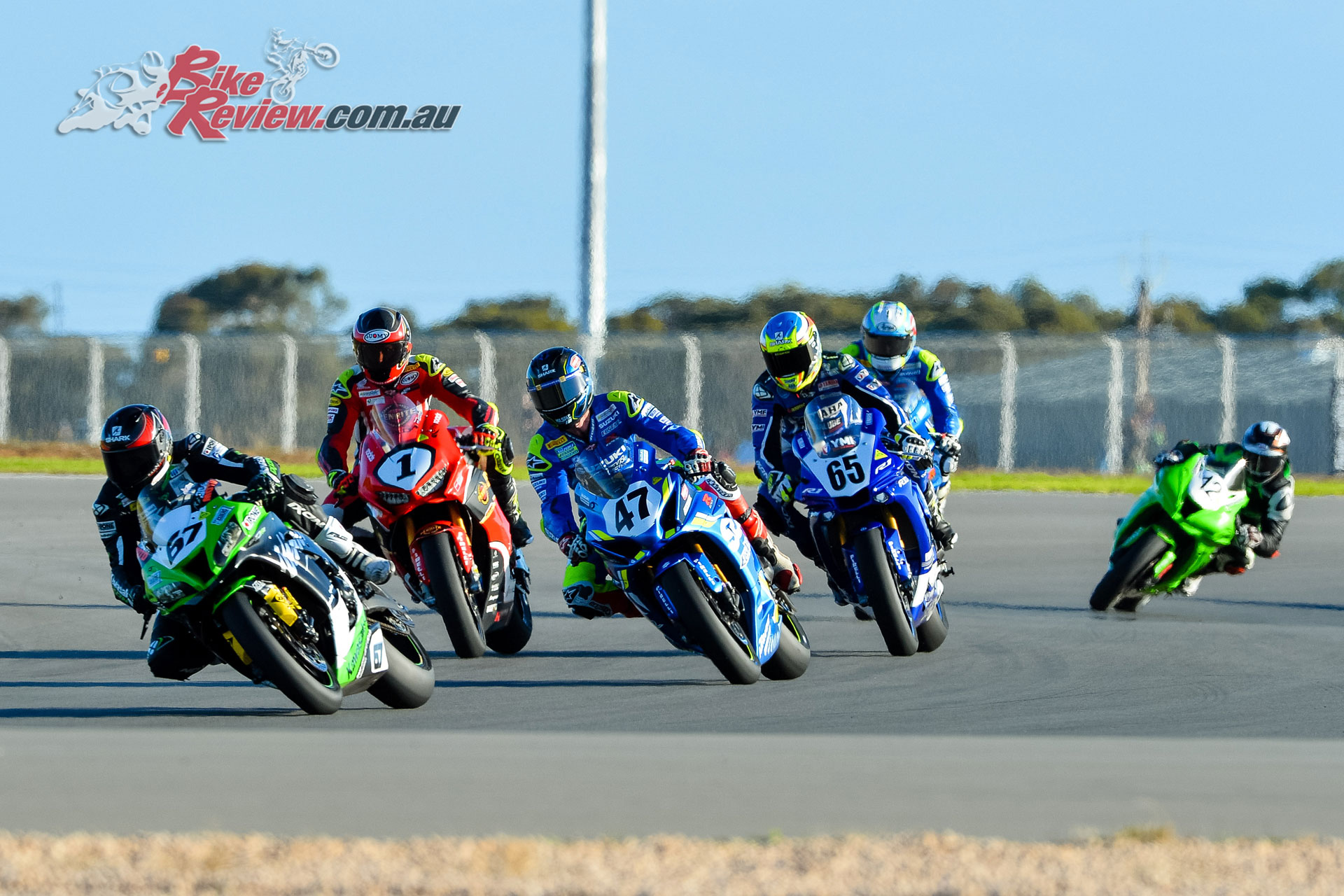 ASBK teams & riders hold their own on the World stage

This year’s introduction of the Asian Superbike (ASB1000) class to the Asia Road Racing Championship afforded fans with a unique opportunity: two different series, running similar bikes on the same circuit, on the same weekend. How would the ASBK teams and riders be able to acquit themselves against the best teams and riders in Asia from Asia Road Racing Championship?

The announcement before the weekend that the ASBK’s Bryan Staring (Kawasaki BCperformance) would serve as injury replacement to ‘Tingnote’ Thitipong Warokorn for Kawasaki Thailand Racing Team further fuelled the comparisons: how would Staring be able to compete against the regular riders in the class? 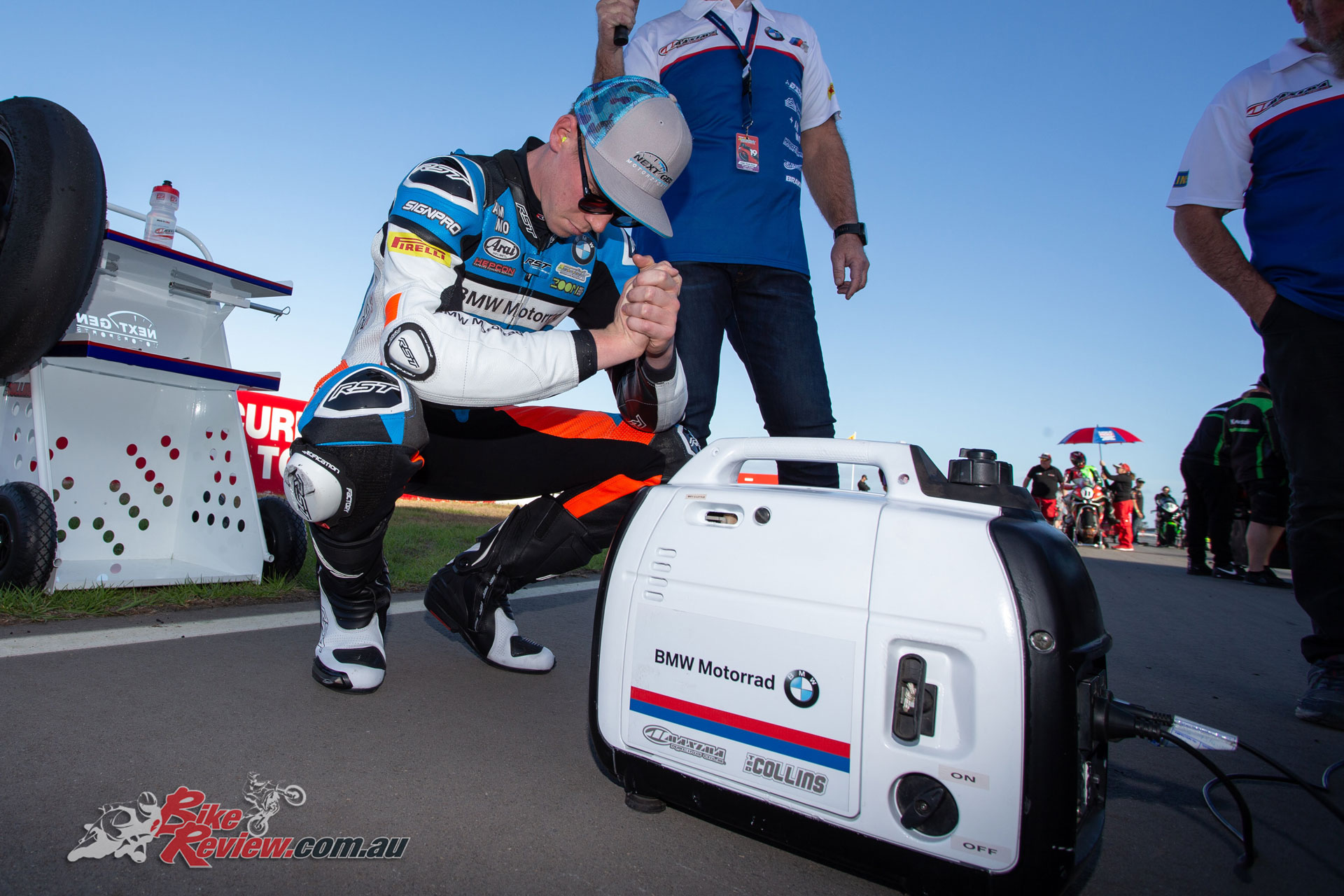 The answer to those questions was provided as the chequered flag fell at the end of the Race 1 for the ARRC ASB1000 class. Staring, having sat back in the early part of the race, slowly built up his pace over the 12 lap race distance to cross the line in first position and emphasise just how good our ASBK riders really are.

The following ASBK races only served to emphasise the point, ASBK laptimes from many of the top ASBK competitors on pace with or slightly quicker than their counterparts from the ARRC. If you’ve ever had any doubts on the standard of racing in the ASBK… you won’t anymore. 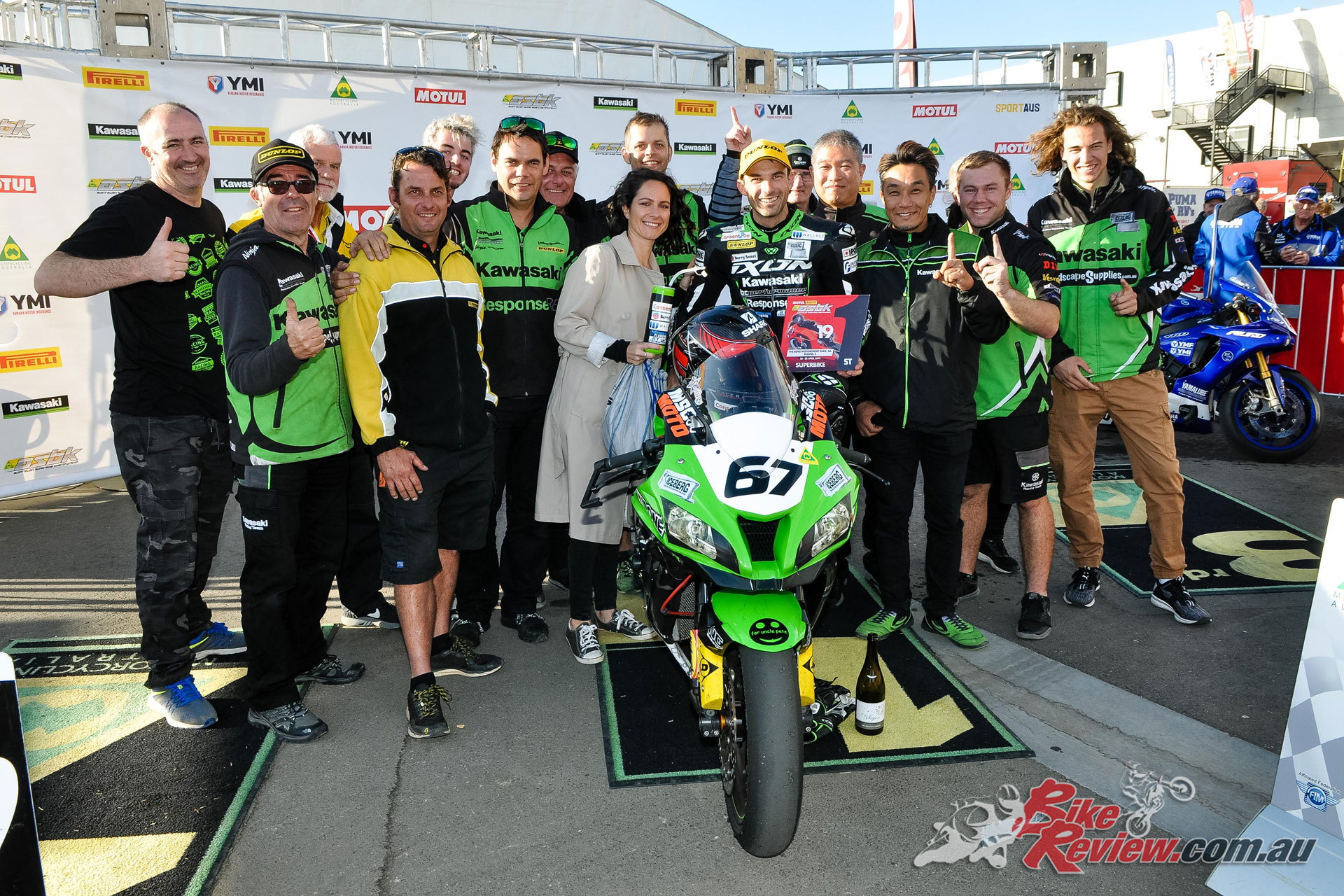 Coming into The Bend, Staring was coming off a fifth at Phillip Island and a seventh at Wakefield Park, leaving the BCperformance rider down in sixth in the championship and looking for answers. Jump-cut to the podium at The Bend and Staring is three from three for the weekend, tasting champagne, and leading the championship into the winter break.

Issues from pre-season testing in taming the Kawasaki’s considerable power seem to have been sorted out, and the Kawasaki package now looks the goods in the remaining four rounds of the season. Will they be able to repeat the feat at a very different Morgan Park circuit, or will the front-running challengers from Suzuki, Ducati, Yamaha or Honda be able to send the green machine back down the championship table? 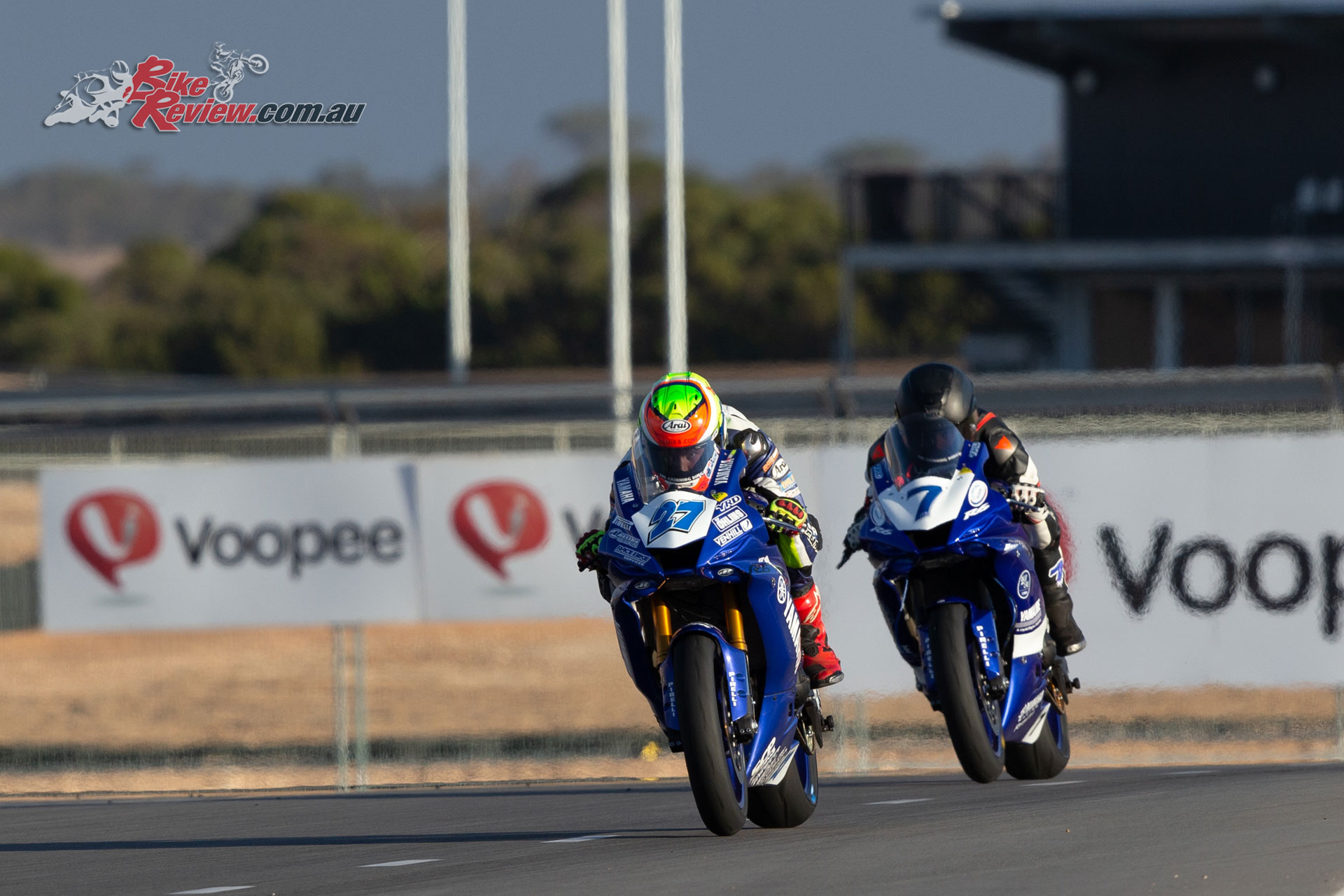 Two clean-sweep performances at Phillip Island and Wakefield Park in Supersport had the trophy-makers sharpening their engravers and checking the spelling of ‘Toparis’ in preparation for the Yamaha rider to claim the Supersport championship in dominant fashion.

Round 3 weekend started in the same vein, Toparis claiming the first two races with relative ease. However Liminton found an extra gear in Race 3 to take the pressure to Toparis in the closing laps, Toparis into pushing too hard and experiencing a last-corner tank-slapper that very well could be the save of the season- his boots were above the ducktail before he gathered it all up to watch Liminton take the chequered flag ahead of him. 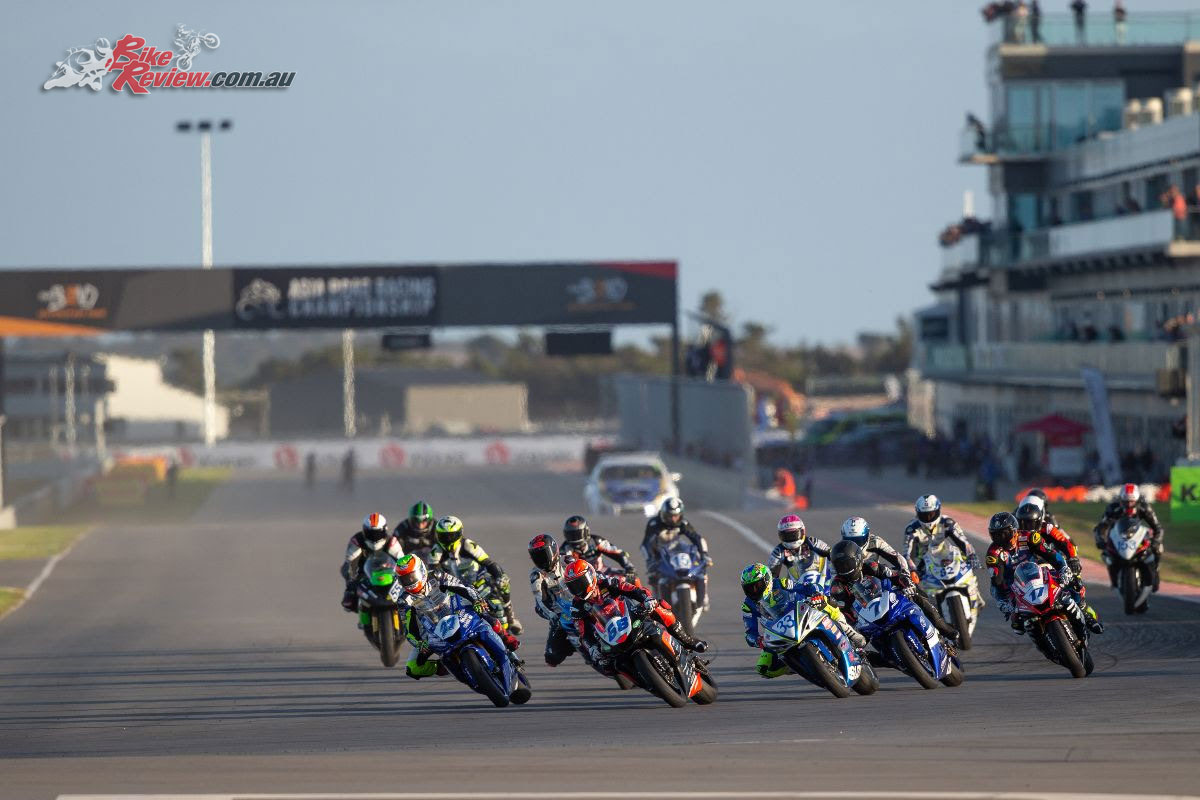 The win was a big one for Liminton, his first victory in his first full season after battling cancer last year. Clearly emotional on the podium, Liminton was thrilled with his victory. Toparis claimed the round, but is this the breakthrough Liminton needed to reach the next level?

The 2019 Motul Pirelli Australian Superbike Championship now heads North for the winter, with Round 4 at Morgan Park in Queensland on the 5-7 July 2019. Head to ASBK.com.au for more information.