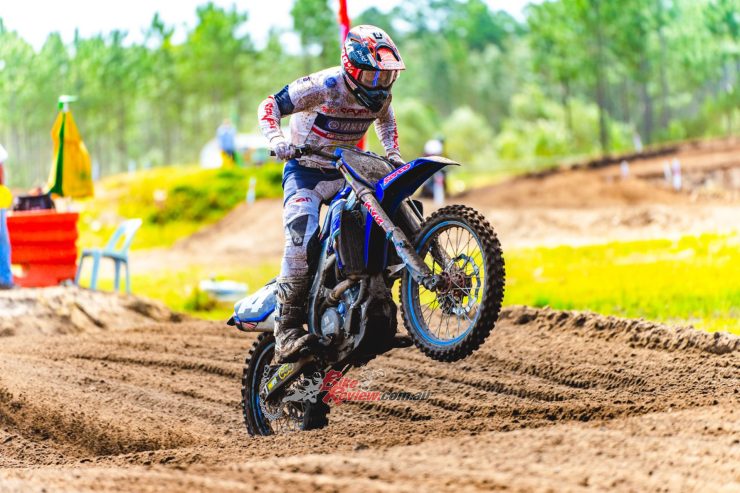 Jesse Dobson will headline the Serco Yamaha outfit for the 2022 season and be partnered with Bailey Malkiewicz who makes his full-time return to Australia after racing abroad in 2020 and 2021. The pairing of Dobson and Malkiewicz makes for a formidable team in the MX2 (250cc) division with Serco Yamaha! 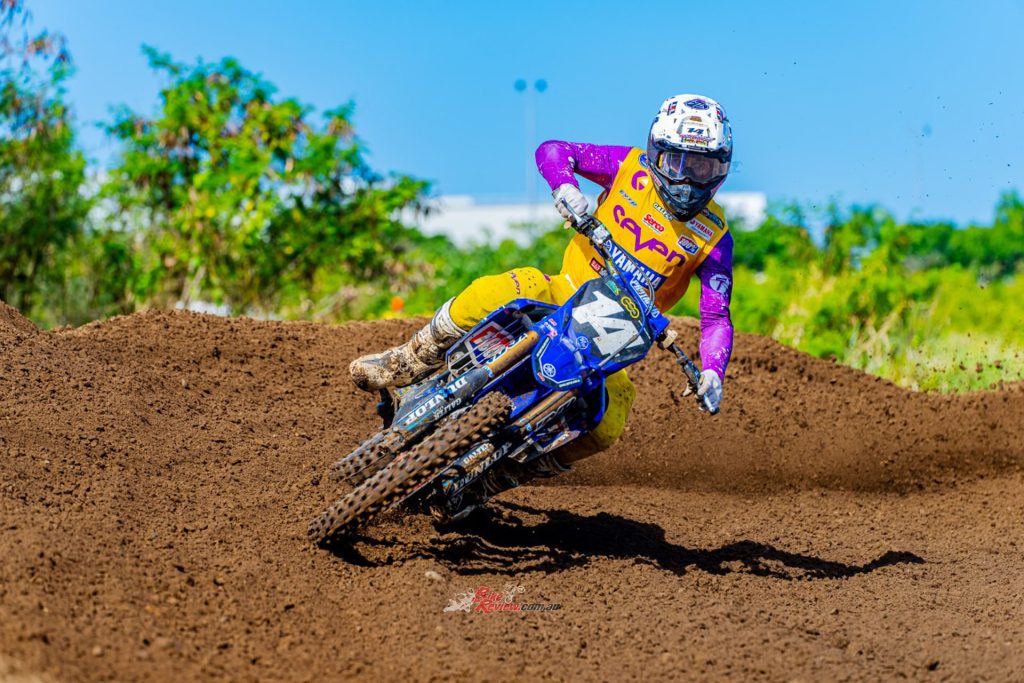 Dobson had been a journeyman racer from the moment he turned pro in 2013 but found a home at Serco Yamaha in 2020 and has come on in leaps and bounds since joining the team. His speed, results and consistency has been on the upswing since day one and culminated with a strong second place finish in the 2021 Pro MX Championships MX2 class.

He has also matured off the track and is a dedicated professional racer who now prepares as well as anyone. Dobson takes his racing seriously and has put the right people around him to keep climbing the ladder and for 2022, that means nothing short of championship success. 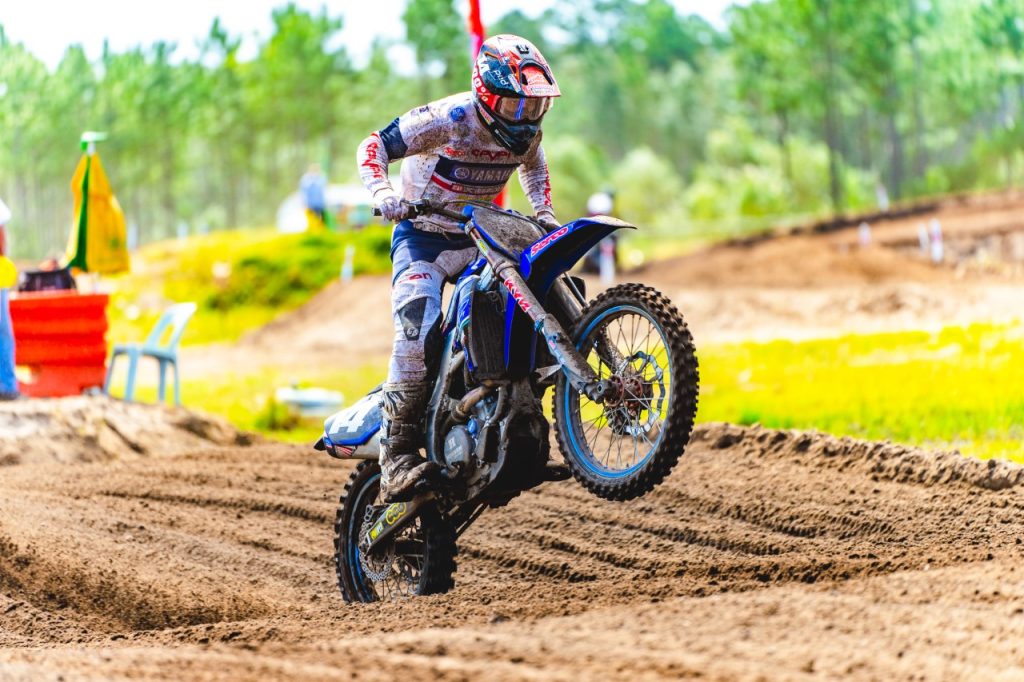 “Dobson had been a journeyman racer from the moment he turned pro in 2013 but found a home at Serco Yamaha in 2020 and has come on in leaps and bounds since joining the team.”

“Serco Yamaha has been the perfect fit for me, and my career has changed for the better since coming on board in 2020. Gavin, Ben, and Paul all work hard and put in the hard yards to ensure we have what we need to be successful, and we all are driven by winning,” Dobson explains.

“There is good chemistry in the team and with each season, our relationship gets stronger, and our results continue to get better. Last year, was good but this year is going to be better. We have started the pre-season earlier, the race bikes will be better, and I feel 2022 is my chance to really make it happen. I’m more motivated than ever and the team are right behind me so I can’t wait to get back behind the gates again and go racing,” Dobson said. 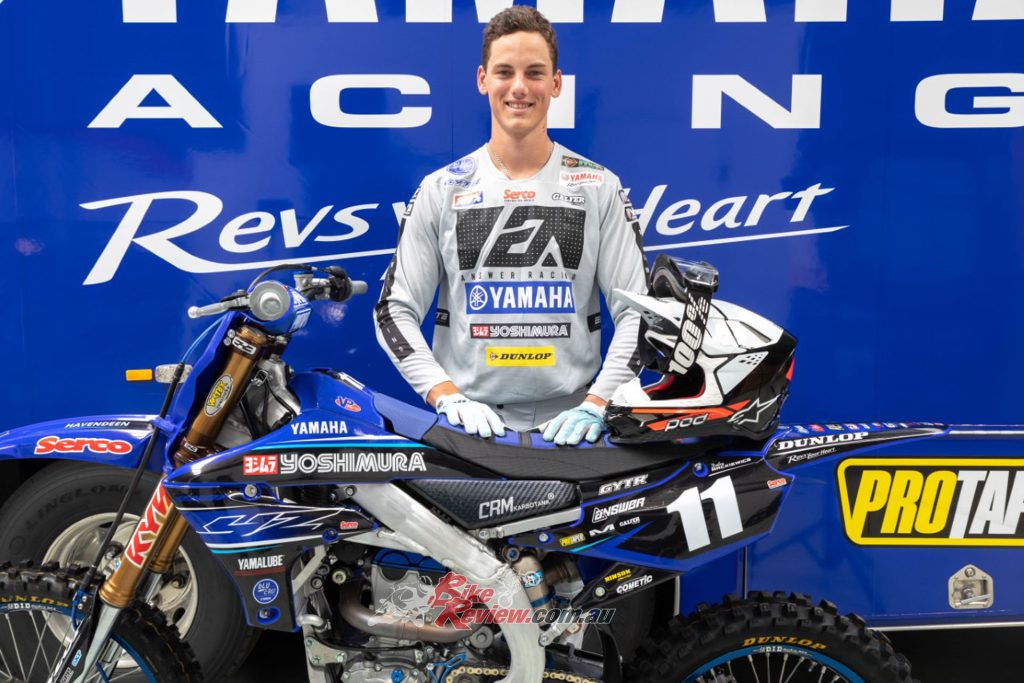 “After two seasons of racing in Europe, Bailey Malkiewicz returns to Australia for a full season of domestic racing and looking to re-establish himself as one of the worlds best up and coming racers.”

After two seasons of racing in Europe, Bailey Malkiewicz returns to Australia for a full season of domestic racing and looking to re-establish himself as one of the worlds best up and coming racers. At 19 years of age, with a junior world championship already to his name, Malkiewicz’s talent is undeniable, but injuries have slowed his progress for the past two seasons.

But a change of tack in 2022 will see Malkiewicz based not only in Australia but a move to Queensland is on the cards so he will be closer to his Brisbane based team. He is now injury free and able to complete a full pre-season of training, it will allow him to be primed for a long season! 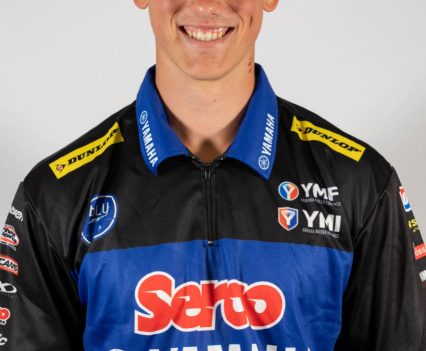 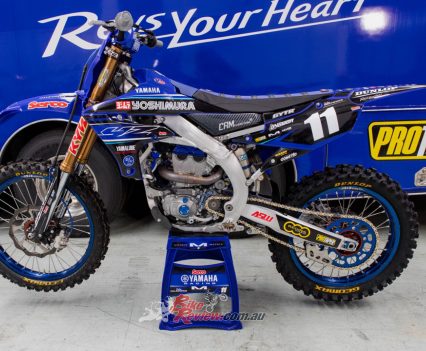 “Since winning the world championship in 2018, I haven’t had the results I have wanted or expected so it’s time to take stock, make some smart decisions and get the right people around me to get things back on track. Serco Yamaha has a great track record and have proven championship results so the opportunity to work with such a successful team was one that I couldn’t pass up. Also being on a YZ250F gives me a lot of confidence as I know just how good that bike is and with the knowledge in the team, I know we will have the best package on the track. I’m ready to go to work and repay the faith Yamaha and Serco have in me,” Malkiewicz said.

Pre-season events get underway in February while the Pro MX championship roars to life in March at Wonthaggi in Victoria. Keep up to date with all the action here.