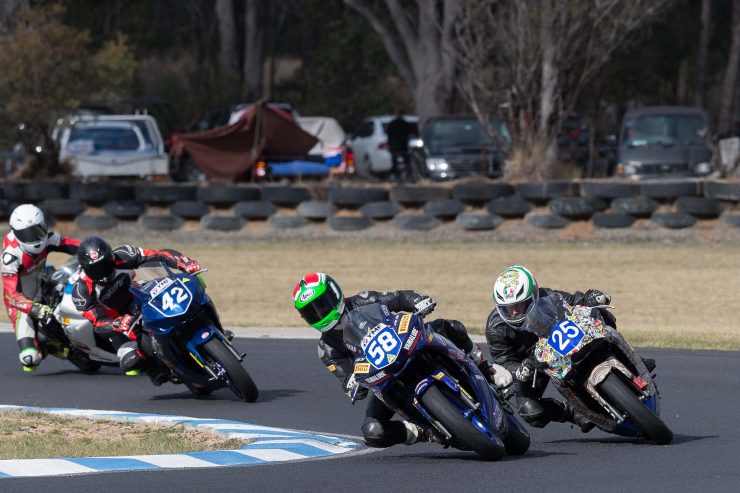 The talented competitors in the Yamaha Motor Finance R3 Cup showcased depth of talent for tons of spectators at Morgan Park Raceway today, with YRD’s Callum Alderson staying consistent, to walk away with the Round 5 Yamaha Motor Finance Australian Superbike Championship presented by Motul Pirelli win.

With YRD’s Alderson collecting the first victory of the weekend on Saturday after a DNF from closest rival Puma RV Motorsport’s Zac Levy, expectations were high when bikes lined up on the grid for race two and three at Morgan Park today.

When bikes launched off the start for their first race this morning, despite Alderson starting from pole position, Puma RV Motorsport’s Levy got the jump, and after only one lap was well and truly out in front with the race lead.

Following Levy, was Alderson and Ford Brothers Racing’s Hunter Ford – the pair locked and loaded into a battle for second position. However, it wasn’t long before Alderson began to apply the pressure on Levy for the race lead, and after only a few turns Alderson had made his way to the top spot.

Thankfully for spectators, the fight for the lead did not stop there, and only a lap later Levy fought back, keeping spectators guessing as to who would take it all the way to the chequered flag.

With four laps remaining in the nine lap journey, the running order saw Alderson back in the lead position, only .112 seconds ahead of Levy, Ford continued in third, followed by Stay Upright’s Jack Passfield and Aidan Hayes in fourth and fifth places respectively.

As race two reached it’s closing stages, Alderson and Levy had each had their opportunity to lead the way a handful of times, but it was on the last lap that the stakes became even higher, and with Alderson out in front, Levy was determined to make a pass stick before reaching the finish line.

And thankfully for Levy that’s exactly what he did. When the chequered flag flew it was a perfect ending for the Yamaha rider, who crossed the finish line with the race two victory by the smallest of margins, followed by Alderson in second and Ford who wrapped up race two in third. 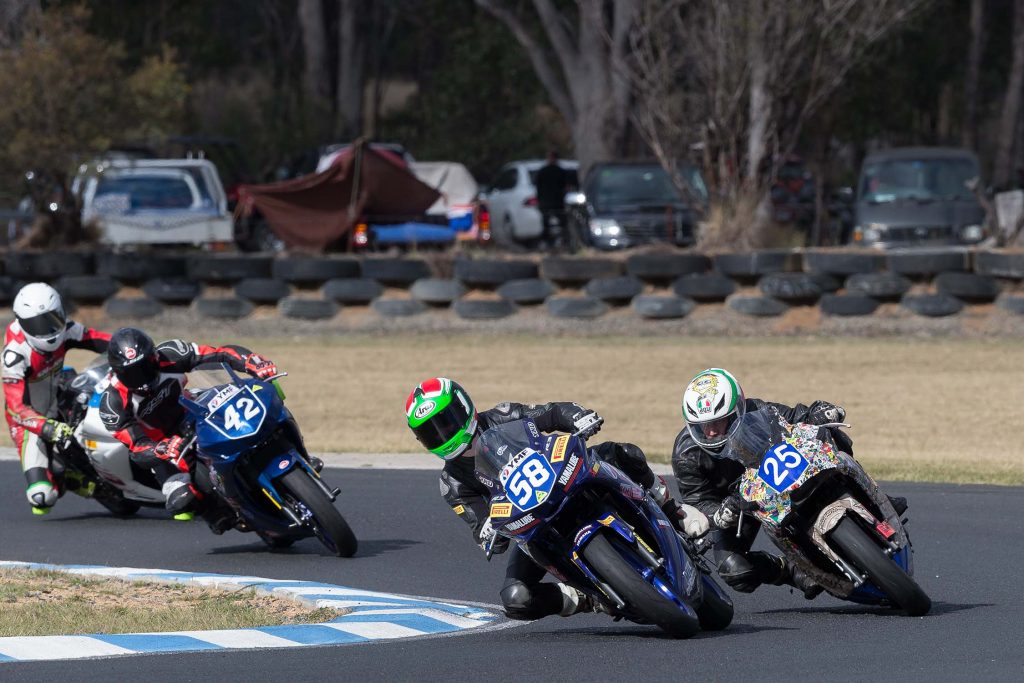 When race two kicked off late this afternoon, once again Alderson wasted no time in asserting his authority by moving in to the race lead, but once again the YRD rider had plenty of competition, with Puma RV Motorsport’s Levy hot on his tail.

After less than a lap, it looked to be a repeat of race two with Levy moving in to the top spot, the pair all set to go head to head for a second time today.

But in the final race of the day, Levy somewhat checked out, allowing Alderson to fight for second place with Ford Brothers Racing’s Hunter Ford behind him.

By the halfway mark in race three, the running order saw Levy continuing to lead from Alderson in second, followed by Ford in third. Stay Upright’s Passfield once again held down fourth position ahead of Hayes in fifth.

As riders headed in to lap six, spectator’s attention shifted back to the fight for second place, with Alderson and Ford chopping and changing positions multiple times throughout the race.

But when the chequered flag flew for the final time today, it was Levy who collected his second race win for the weekend, while Alderson managed to just hold off Ford to finish in second – Ford wrapped up race three in third.

Callum Alderson – Yamaha Racing Development – YMF R3 Cup Round 5 Winner said, “I had a great weekend on the Yamaha R3, the team have put in a lot of work to get the bike to where it is.”

“To have such a consistent package where we can come to Morgan Park and break lap records on our Pirelli tyres is awesome.

“It’s great to get the win at Morgan Park today, and I’m very happy to have been able to reward the team for all their hard work.”

For more information on the ASBK, head to www.asbk.com.au, or for a full list of results from today, head to www.computime.com.au.