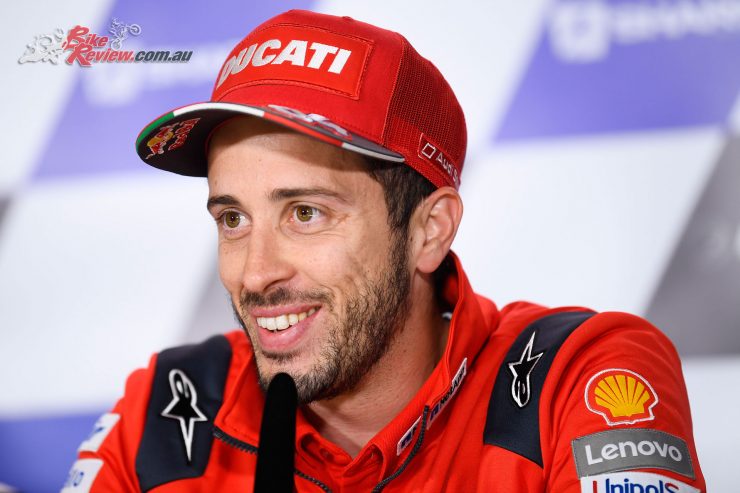 “Unfortunately, in recent years the MotoGP has changed profoundly. The situation is very different since then: I have never felt comfortable with the bike." said Dovizioso.

Dovizioso To Race For Aprilia In 2022? Shock Release!

In a press release posted on the official Aprilia website today, which was quickly removed soon after, Andrea Dovizioso was announced as a rider for Aprilia Factory Racing Team in 2022. With no mention of Mavrick Viñales, we can only assume this was a mistake, or was it? 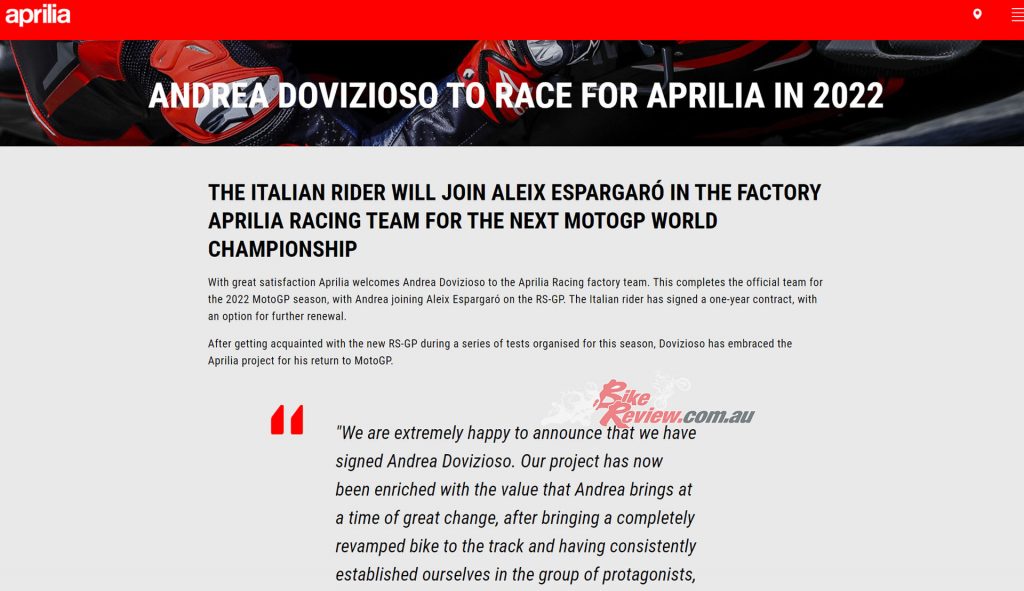 Screenshots of the press released were grabbed before the story was removed from the Aprilia website.

A press release was briefly uploaded then taken down on the offical Aprilia website, welcoming Andrea Dovizioso to the Aprilia team for the 2022 season, joining Aleix Espargaró. The release has dropped after Mavrick Viñales’ contract with Yamaha was terminated early after the last round of MotoGP at the Red Bull Ring.

The Release reads: “With great satisfaction Aprilia welcomes Andrea Dovizioso to the Aprilia team. This completes the official team for the 2022 MotoGP season, with Andrea joining Aleix Espargaró on the RS-GP. The Italian rider has signed a one-year contract, with an option for further renewal.” 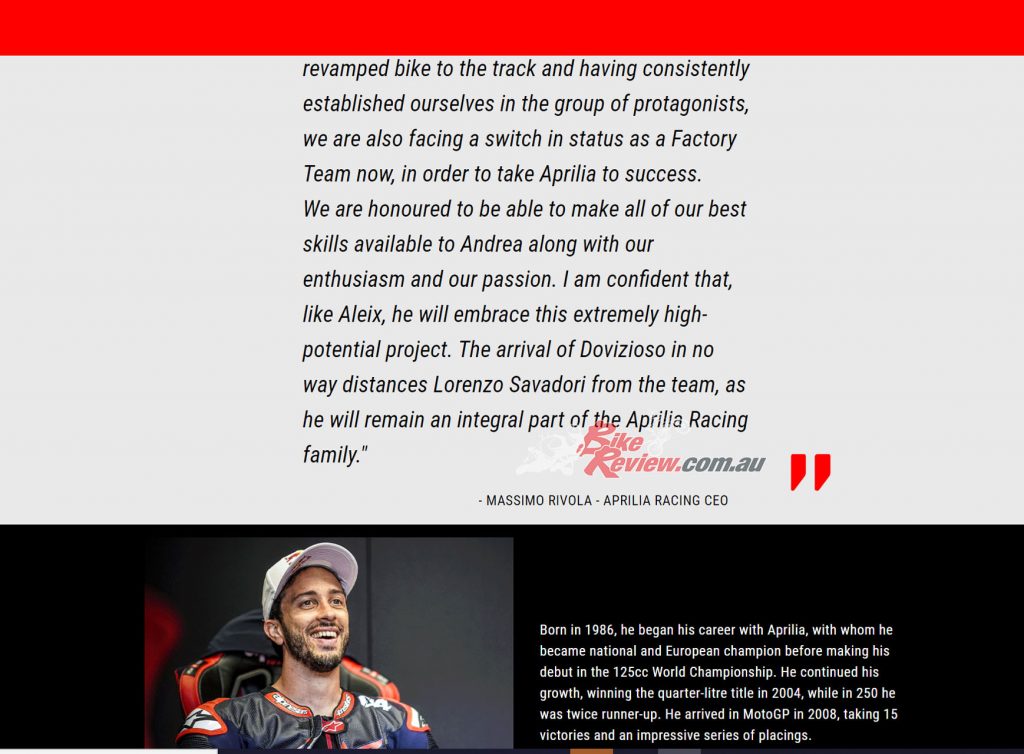 The release then goes on to quote Massimo Rivola, Aprilia Racings CEO on Andrea’s arrival to the team.

The release comes after Mavrick Viñales’ lost his ride at Yamaha for the rest of the year following speculation that he was purposely trying to mechanically damage is R1M after posting uncompetitive times towards the end of the race.

Could this have just been an error that was published accidentally? Maybe. But time will tell if Viñales is to ride for Aprilia for the 2022 season or if Dovizioso, who was testing for Aprilia earlier in the year, will be taking his place next to Aleix Espargaró. We will be keeping a close eye on the Aprilia social media for any hints!