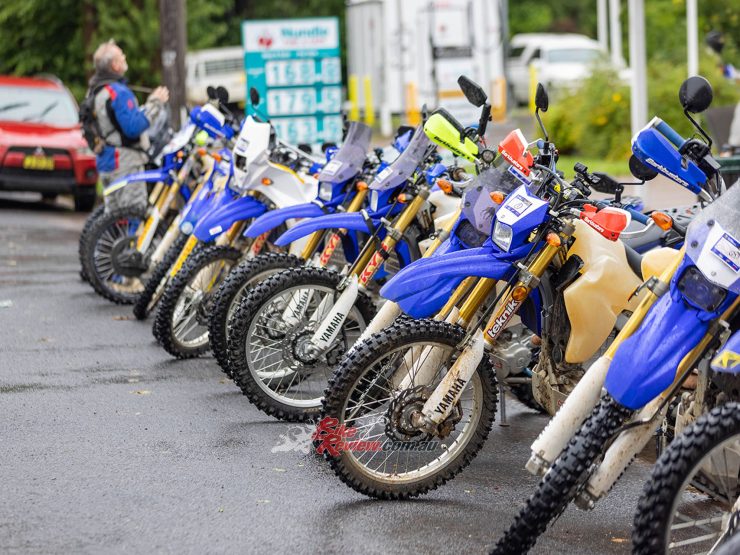 Despite an ominous weather forecast, 46 intrepid Yamaha WR250R owners fronted up at Chris Watson’s Motorcycles in Cessnock for the fifth annual WR250R Rally on Friday 19 November. Rain was a certainty with Saturday looking bleak but Sunday even wetter – and that’s exactly how it panned out. 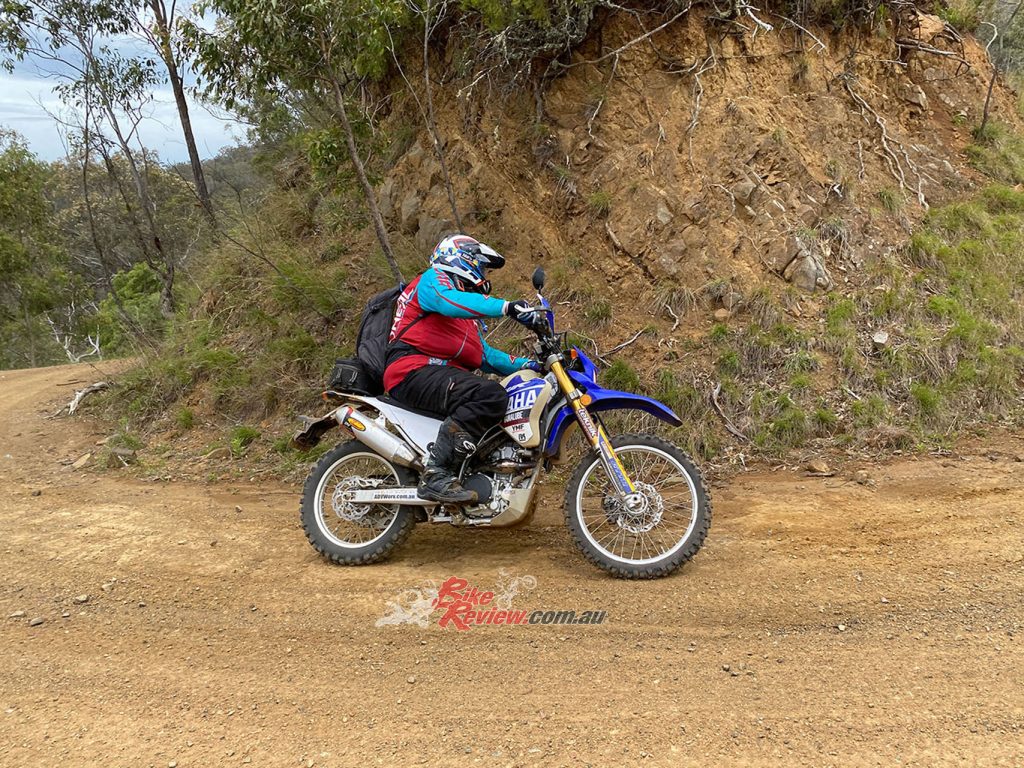 The aim was to pack all the fun in on day one by exploring over 360kms of backroads between Cessnock and Nundle.

The annual bLU cRU WR250R Rally organised by RideADV attracts a wide range of riders with an even wider range of setups – but all on the cult classic WR250R tuned for adventure. Oversize fuel tanks, screens, Barkbusters, big footpegs and aftermarket bars featured heavily – along with a GPS to navigate the route.

As usual breakfast was provided by the Rally’s number one supporter and Yamaha dealer Chris Watson, which set up both riders and crew for a memorable ride up through Crawney Pass and on to Nundle’s Peel Inn where the heavens opened as soon as the sweep riders rolled in. The rain was torrential all night and heavy through Sunday which swelled the creeks and forced the Rally onto the tarmac for the return ride to Cessnock. 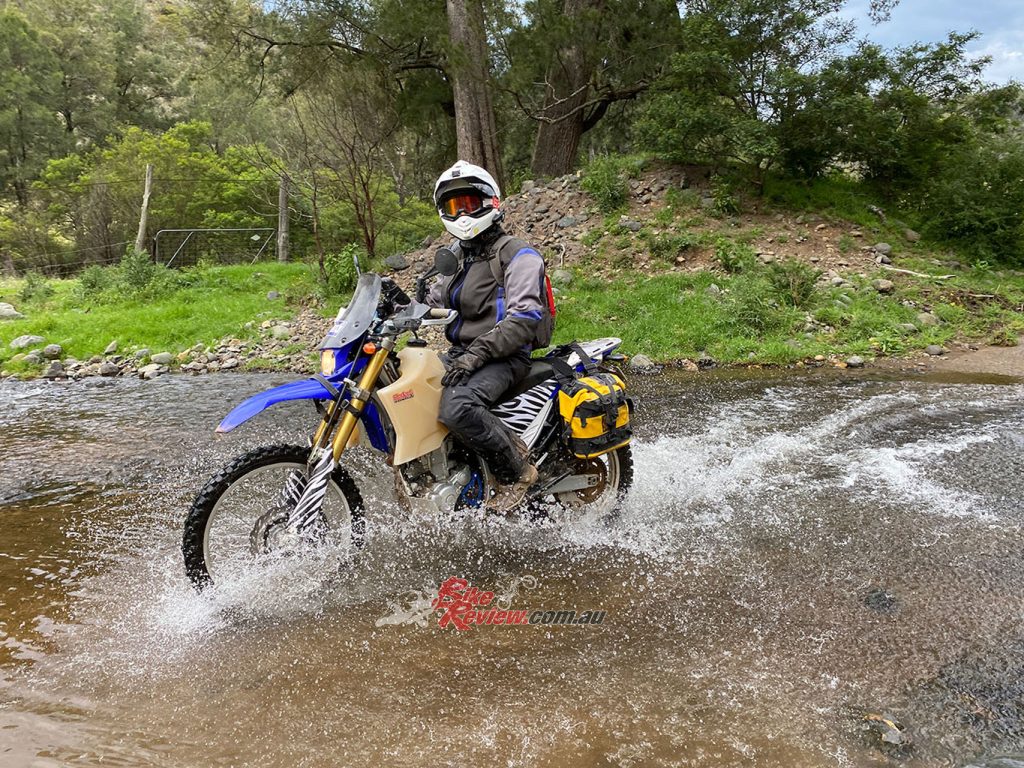 “The annual bLU cRU WR250R Rally organised by RideADV attracts a wide range of riders with an even wider range of setups – but all on the cult classic WR250R tuned for adventure.”

62-year-old Robin Bradfield from Sydney via South Africa was rewarded with a prize pack for attending all five Rallies and spoke about his passion for the event and Yamaha’s bulletproof single. He owns two WR250Rs – one of which has been inherited by his son – and the rarer WR250X motard that is used for cutting around town. “It’s such an incredible bike in so many ways,” says Robin, who was so impressed by the performance and reliability of the 250cc bikes that he purchased a Ténéré 700. “And I’m loving that too,” he adds.

The next WR250R Rally is scheduled for March 2022 and is based on loop rides out of Wauchope, NSW. Once again the Rally will be organised by RideADV with support/luggage vehicle and the best sweeps in the business.