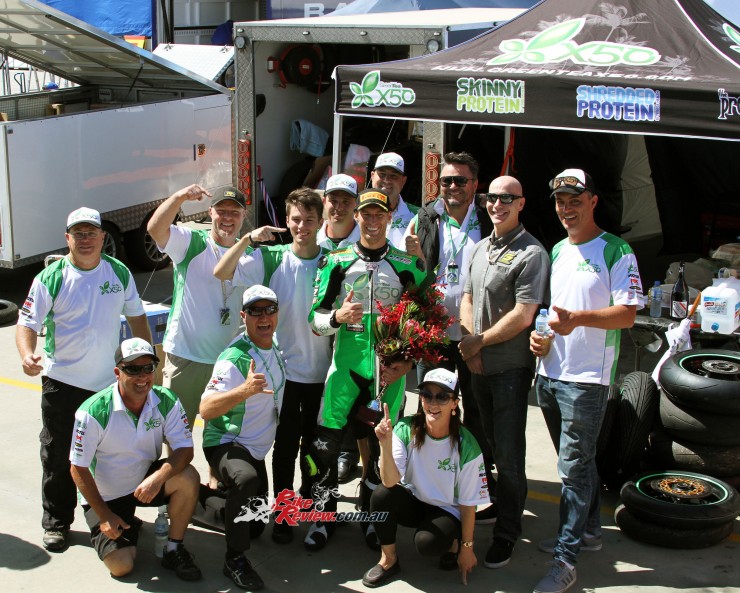 Ex-Moto2 rider Randy Krummenacher had made the perfect start to his world supersport career with Kawasaki by taking a sensational victory in today’s dramatic 18-lap season-opener at Phillip Island. 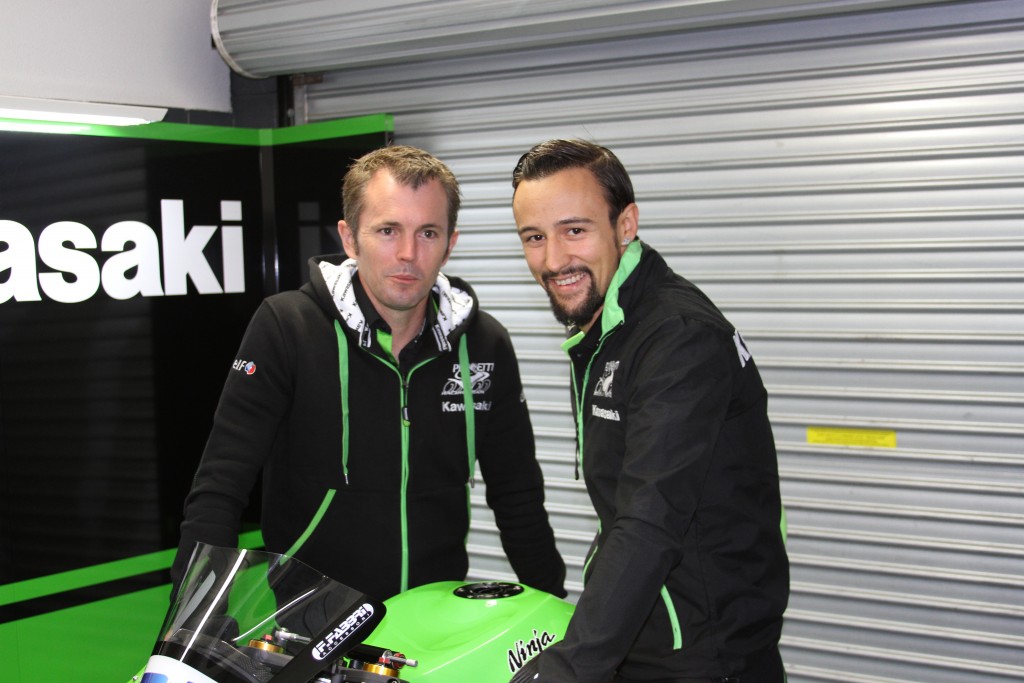 The Swiss rider inherited the lead on lap 16 after teammate and world champion Kenan Sofuoglu unexpectedly crashed at turn six, and he was then unchallenged as he claimed the win from Honda rider Federico Caricasulo and Aussie top gun, Anthony West (Queensland), running a privateer Yamaha. 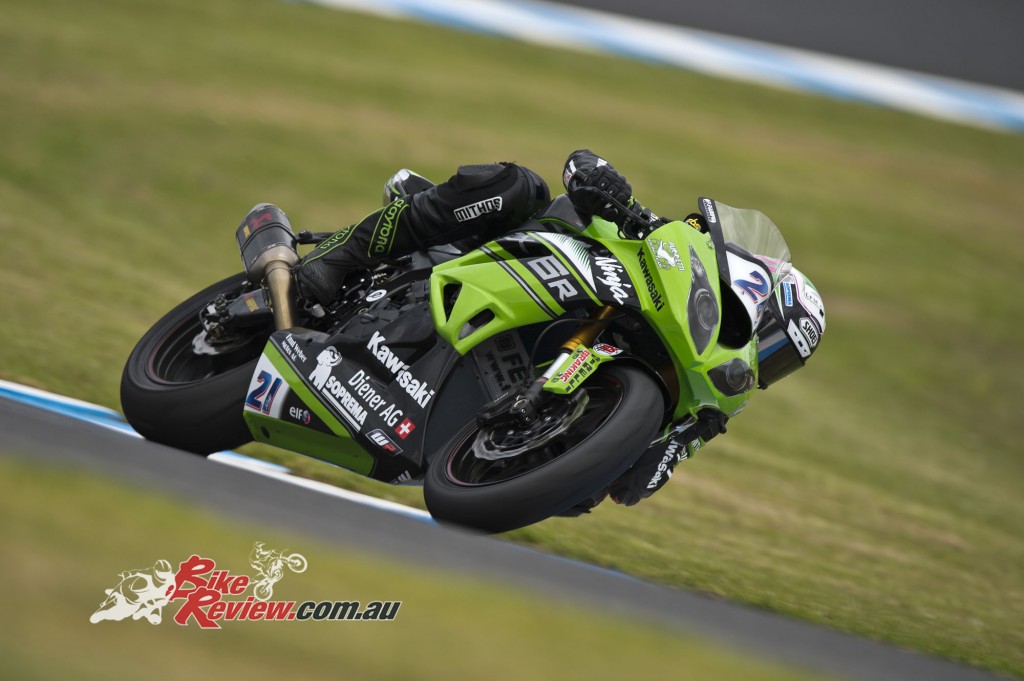 Queensland’s West was sensational in his wildcard appearance on the locally prepared YZF-R6, and came onto Gardner Straight for the last time in front of Caricasulo but was unable to hold off his rival in the run to the chequered flag.

It was West’s second WorldSSP podium at Phillip Island after finishing third in the 2009 race. 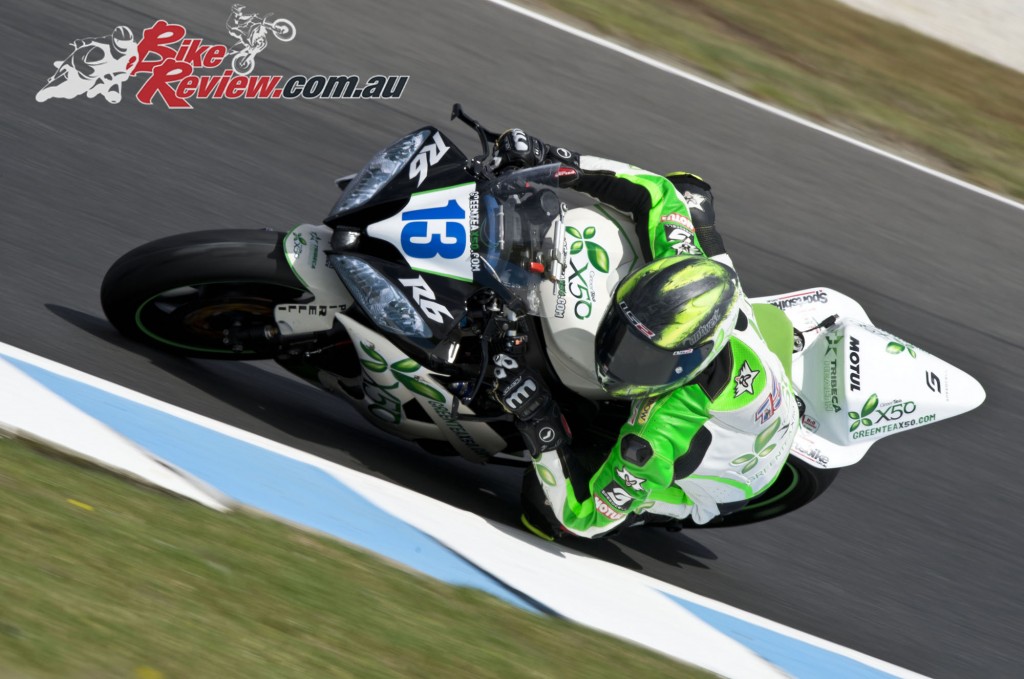 Sixteen-year-old Lachlan Epis (Kawasaki) was 21st, while Kane Burns failed to finish on his Suzuki.

Things eventually turned sour for Cluzel — who’s won the last two WorldSSP races at Phillip Island — when he ran off at turn two battling with West, with Cluzel’s teammate Lorenzo Zanetti went down four corners later after another competitor touched his front wheel. Zanetti had worked his way through the pack after nearly crashing at turn 11 on lap one.

Krummenacher came to WorldSSP after 10 years in grand prix racing — five years apiece in 125 GP and Moto2. His crew chief is none other than Australia’s former two-timer WorldSSP champion Andrew Pitt. 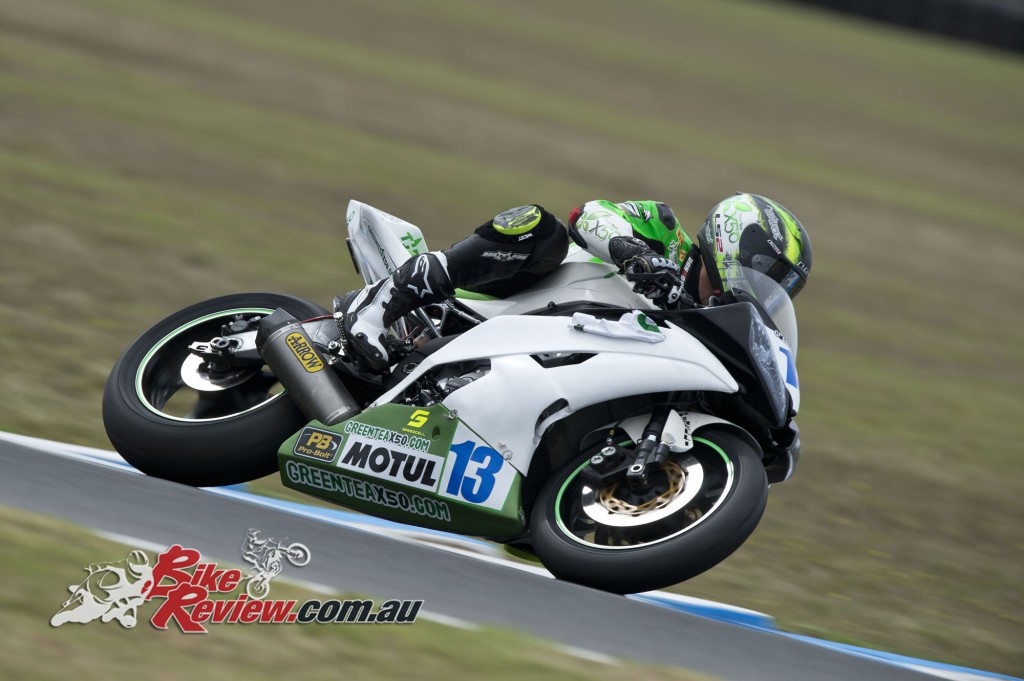 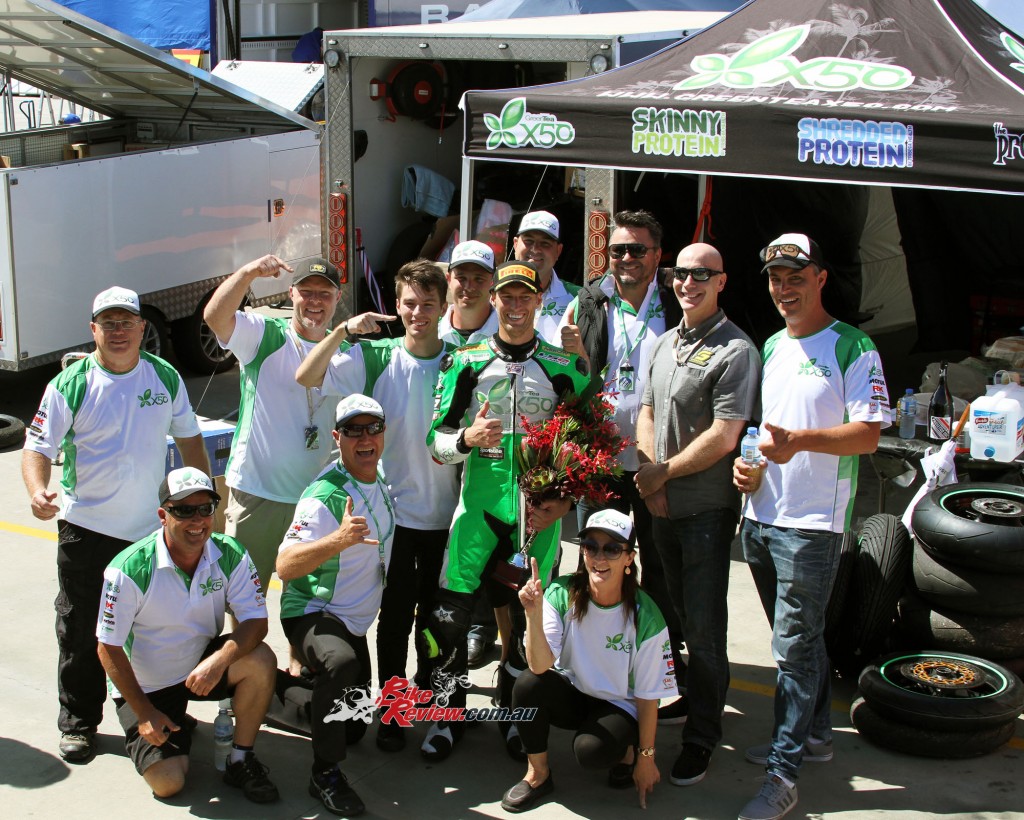