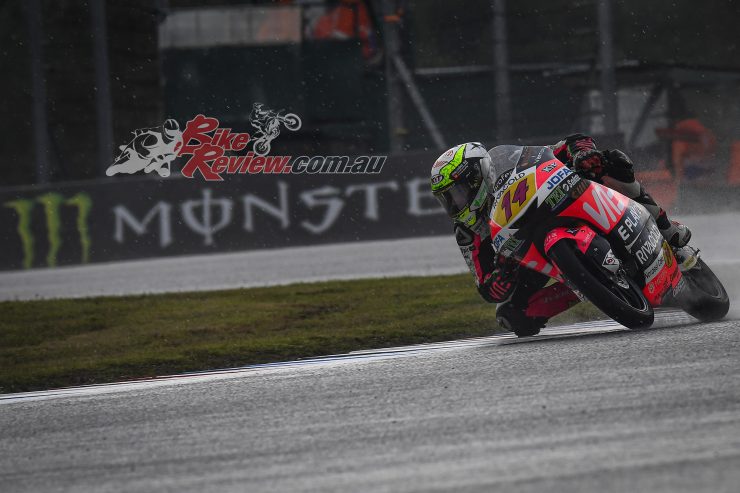 Arbalino takes Brno Moto3 Pole in style on his birthday!

Tony Arbolino (VNE Snipers) celebrated his birthday in style at the Monster Energy Grand Prix České republiky, taking pole position by an impressive four tenths in the wet. He’s perfectly set up for race day after also having been fast on Friday in the dry, and he’ll be joined on the front row by 2016 Brno winner John McPhee (Petronas Sprinta Racing) and 2015 winner Niccolo Antonelli (SIC58 Squadra Corse). 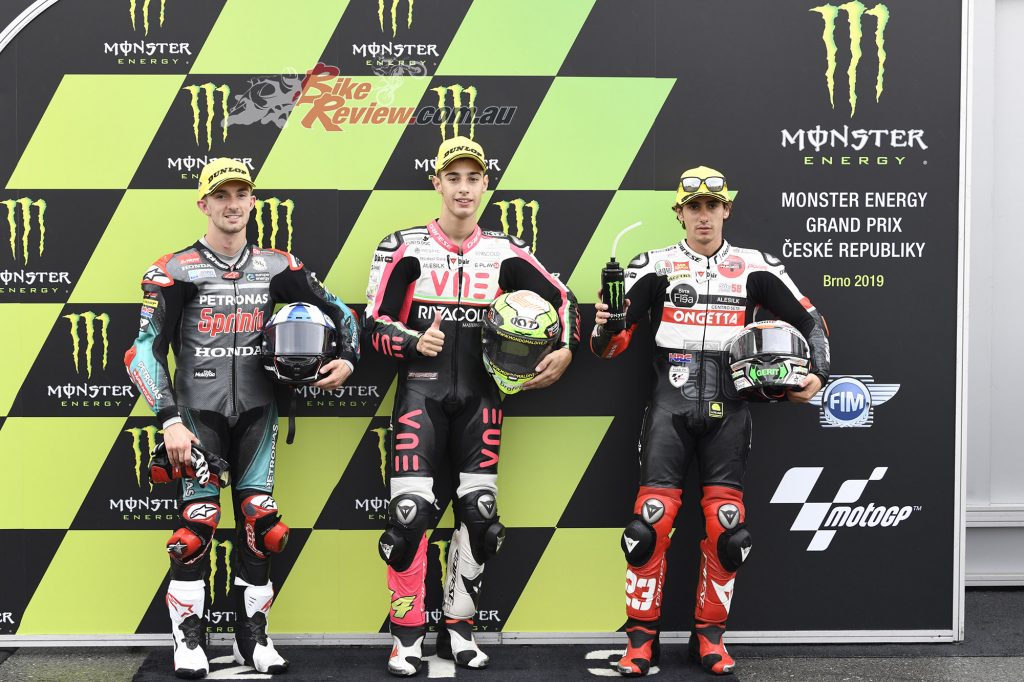 But before all that was decided in Q2, after the heavens opened on Saturday morning, Q1 was high risk and there was plenty of drama: Tom Booth-Amos (CIP Green Power) tumbled at Turn 13, Albert Arenas (Sama Qatar Angel Nieto Team) suffered a highside at Turn 3, although he remounted, and Can Öncü (Red Bull KTM Ajo) was teetering on the edge of the top four when he crashed out. The Turk held onto his fourth place, however, joining Raul Fernandez (Sama Qatar Angel Nieto Team), Makar Yurchenko, (BOE Skull Rider Mugen Race) and Alonso Lopez (Estrella Galicia 0,0) in going through to Q2.

As Q2 began, conditions were wet wet wet and remained so, with McPhee leading for much of the session. Fernandez was also looking strong, but Arbolino changed the benchmark with two minutes to go and was the first rider in the 2’18s. Tatsuki Suzuki (SIC58 Squadra Corse) then shot into second place in the closing stages, but was pipped right at the end by McPhee. Antonelli then did the same to his teammate, dropping Suzuki down to fourth.

Alongside the Japanese rider is Fernandez despite a crash at Turn 3 for the Spaniard, with Aron Canet (Sterilgarda Max Racing Team) completing the second row in sixth place as the Championship contender put himself in a solid position for Sunday. Makar Yurchenko took a career-best qualifying position with seventh, ahead of Spanish rider Jaume Masia (Bester Capital Dubai). Japanese rookie Ai Ogura (Honda Team Asia) locked out the third row. 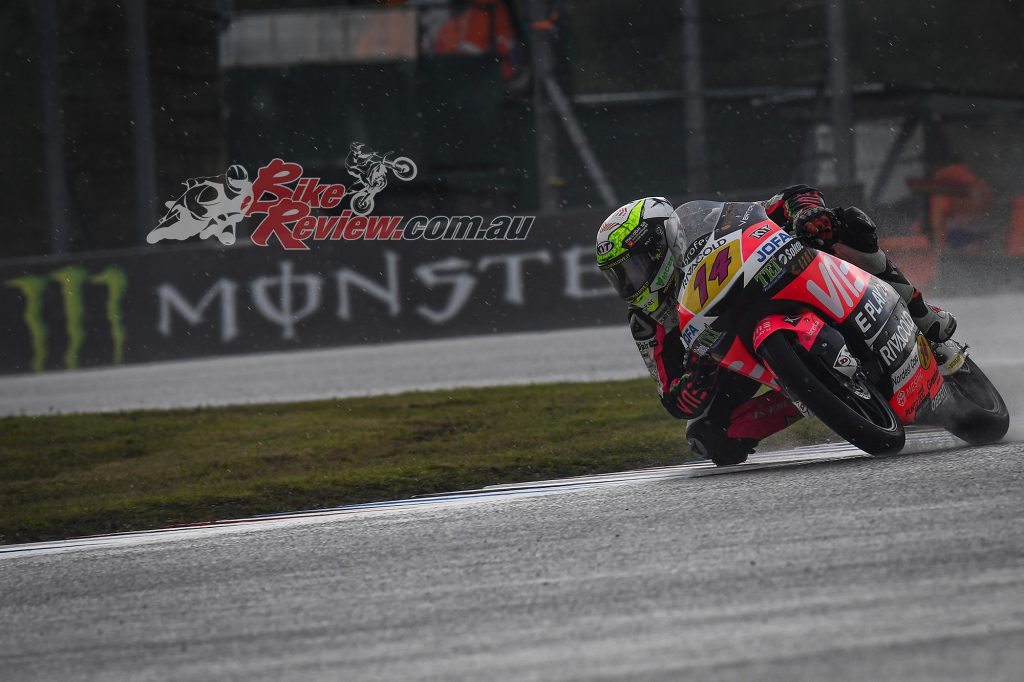 So who’s missing from the front? Championship leader Lorenzo Dalla Porta (Leopard Racing) had a tough qualifying, and the Italian faces a fight back through the field from P17 – qualifying just ahead of teammate Marcos Ramirez, another usual frontrunner.