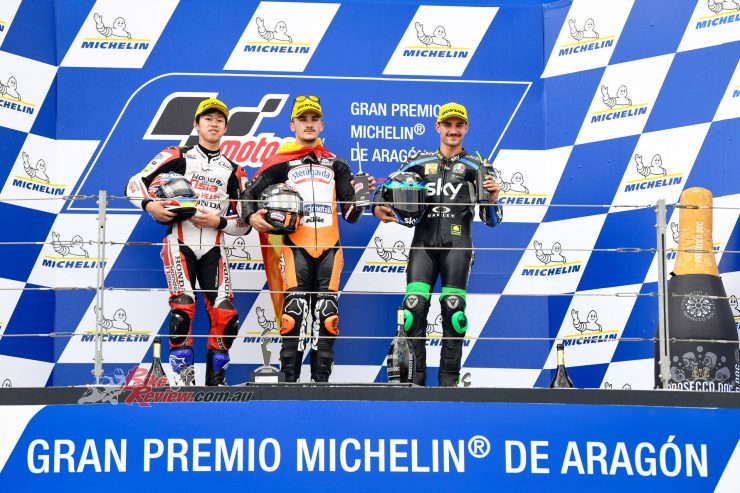 After taking pole by seven tenths on Saturday, Aron Canet (Sterilgarda Max Racing Team) destroyed the opposition once again on Sunday, taking victory by over four seconds in the Gran Premio Michelin® de Aragon. That brings the Spaniard right back onto the heels of Lorenzo Dalla Porta (Leopard Racing) in the Championship fight, with the points leader only managing 11th after a more difficult weekend. Ai Ogura (Honda Team Asia) converted his impressive front row into an even more impressive first podium, winning the fight for second ahead of Italian Dennis Foggia (Sky Racing Team VR46). 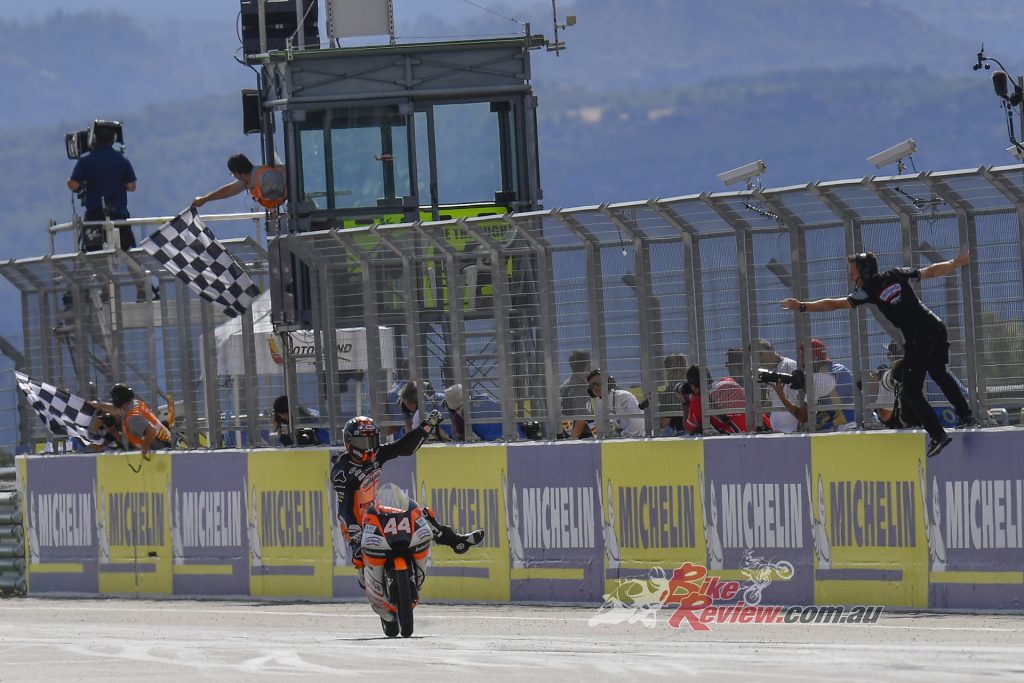 It was Canet who shot into the lead from pole, the Spaniard maintaining his position and heading up a freight train of riders in the first few laps. Ogura kept second as Alonso Lopez (Estrella Galicia 0,0) stormed up into third, with Carlos Tatay (Fundacion Andreas Perez 77) one man to drop down the order initially, as did Dalla Porta.

From there, Canet kept the authority, fighting off a few attacks from the likes of Lopez before pulling the pin and starting to create a serious gap. Pitch perfect from thereon out, no one could stay with the Sterilgarda Max Racing Team rider, and he crossed the line more than four seconds ahead of the squabble for second.

That squabble came down to Ogura vs Foggia vs Lopez vs McPhee, with the Brit having made solid progress up to fight it out right at the front of the freight train. But Ogura kept his head under some serious pressure, able to sweep around the final corner ahead and take the P2 he’d been threatening since qualifying. It’s his first ever podium, with Foggia crossing the line just behind the Japanese rider for his second rostrum finish in Grand Prix racing.

McPhee took fourth and more solid points, ahead of a disappointed Alonso Lopez after some solid pace at MotorLand. The Spaniard took one of his best finishes, however, and made a big step forward on his 2019 result at the track. 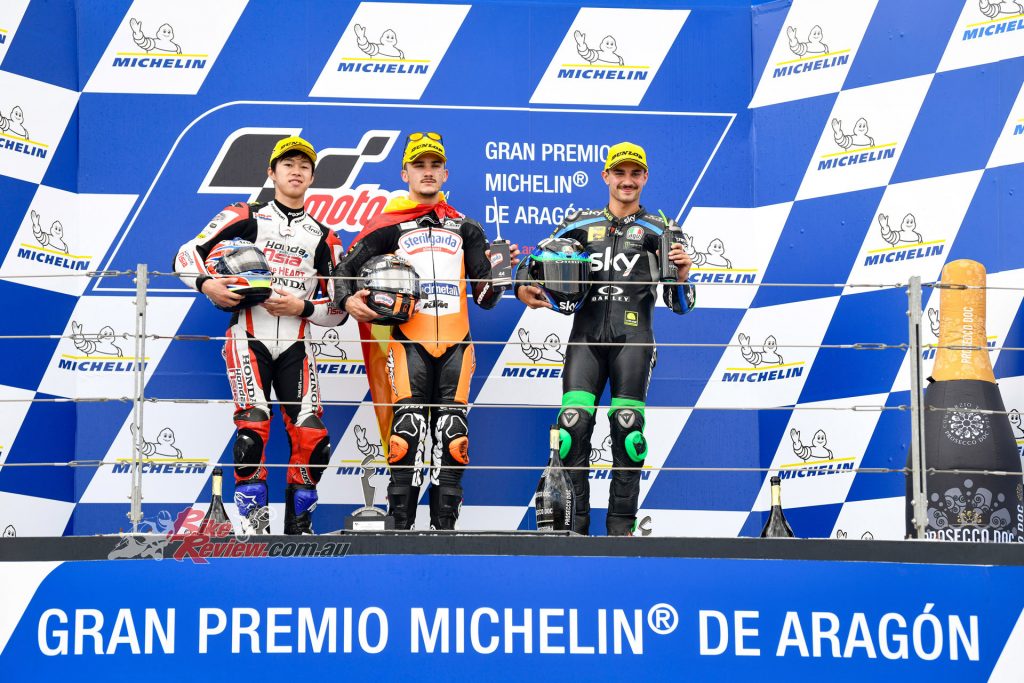 Misano winner Tatsuki Suzuki (SIC58 Squadra Corse) had another good race to bank some solid points in sixth, just behind Lopez and just ahead of Lopez’ teammate Sergio Garcia, who took his best Grand Prix result by far in P7. He was the last of the group fighting for top honours behind Canet.

Albert Arenas (Gaviota Angel Nieto Team) took eighth with a little breathing space ahead of Gabriel Rodrigo (Kömmerling Gresini Moto3), with the fight for tenth a little further back still. Over the line, it looked like Dalla Porta had won that battle, but the Championship leader once again ran afoul of track limits. He was demoted to P11, with that putting Tony Arbolino (VNE Snipers) up into the top ten.

Jaume Masia (WWR) crashed early on in the race, and the Spaniard was declared unfit for a right radius fracture.

Aron Canet: “For me it was a really difficult race because my strategy was to push hard from the beginning of the race because my KTM is a bit slower than on the straight. So I was trying to push harder and harder to maintain a good rhythm…and finally, I took the win!”