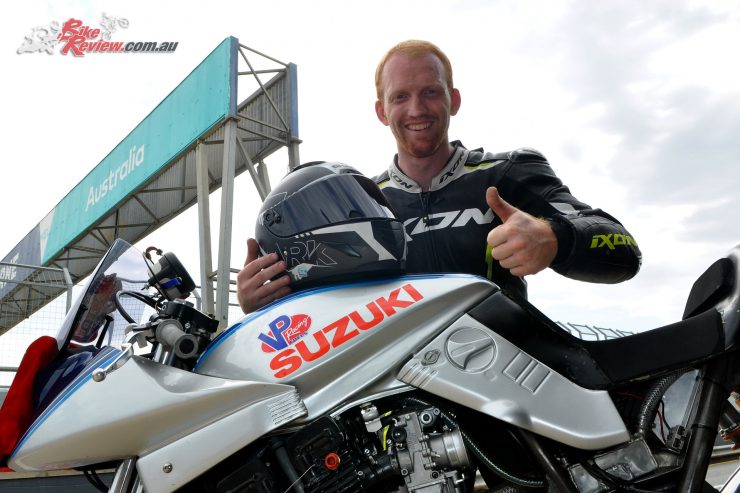 In blistering heat, Australia has kicked off the defence of their International Challenge crown in good shape at the Phillip Island Grand Prix Circuit today, topping qualifying for the weekend’s four historic bike races against formidable outfits from the Team USA and New Zealand. 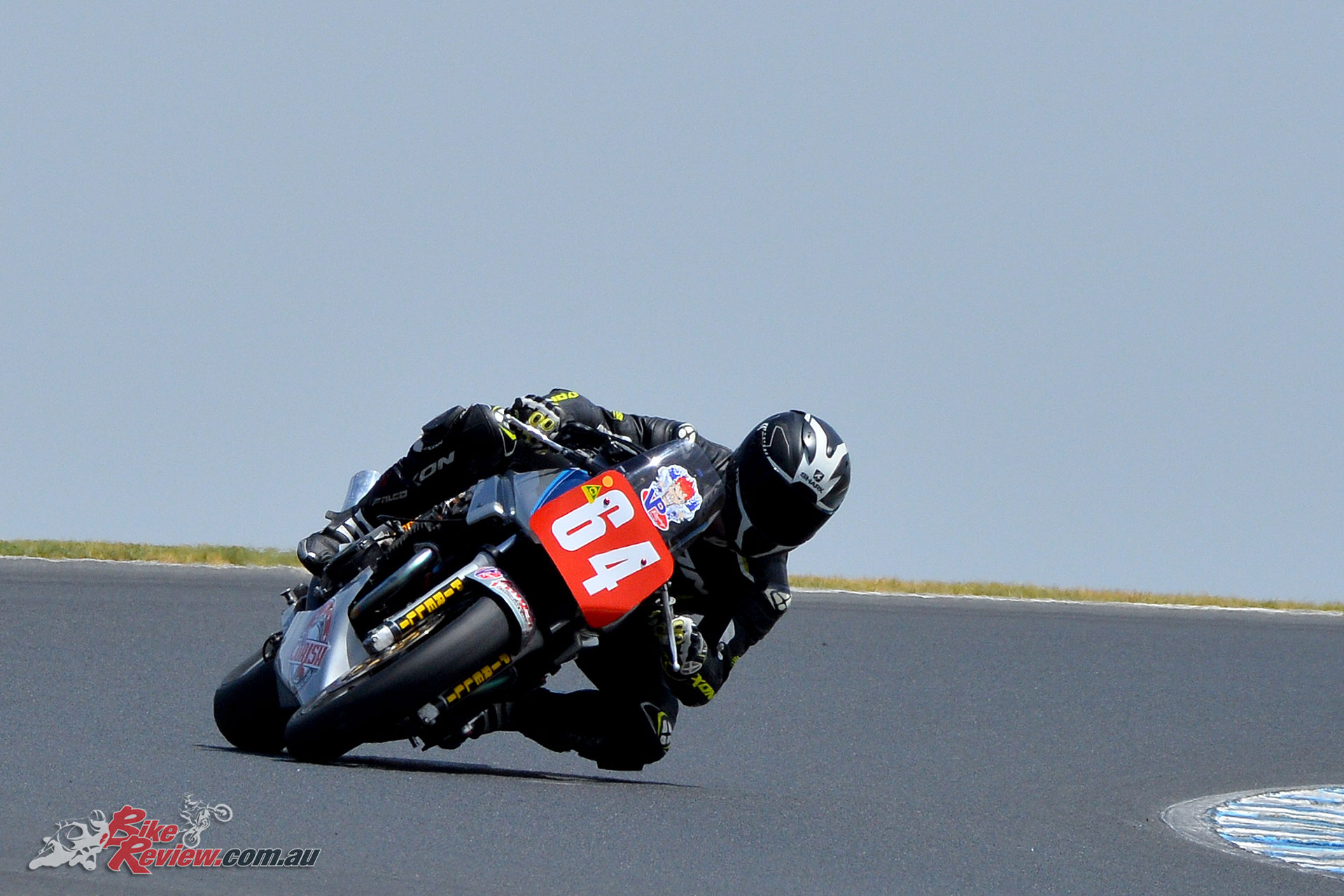 Newcastle’s 26 year old Aaron Morris, a newcomer to Team Australia, nailed pole position with a 1m37.341 s lap on his 1982 Suzuki Katana; but on his heels was a fired up Jason Pridmore from the USA with a 1m37.642 s time. The duo were the only two racers to break into the 1m37’s in the searing heat that saw the track temperature near 60 degrees around midday.

The International Challenge field of world class riders representing Australia, New Zealand and the USA, will face four, six lap races over the weekend (Jan 26/27), and is the headline event of the 26th International Island Classic, presented by Visit Phillip Island. 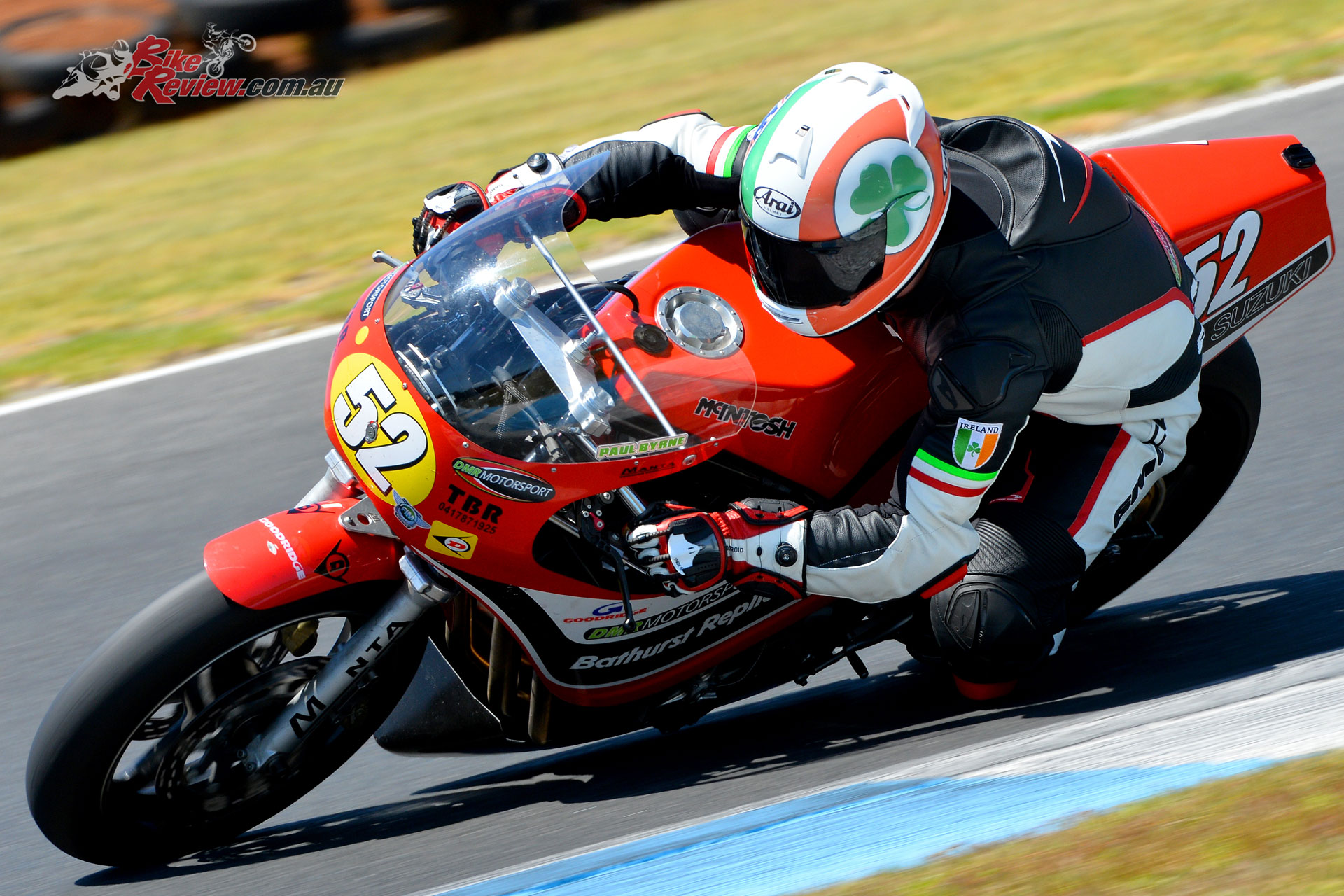 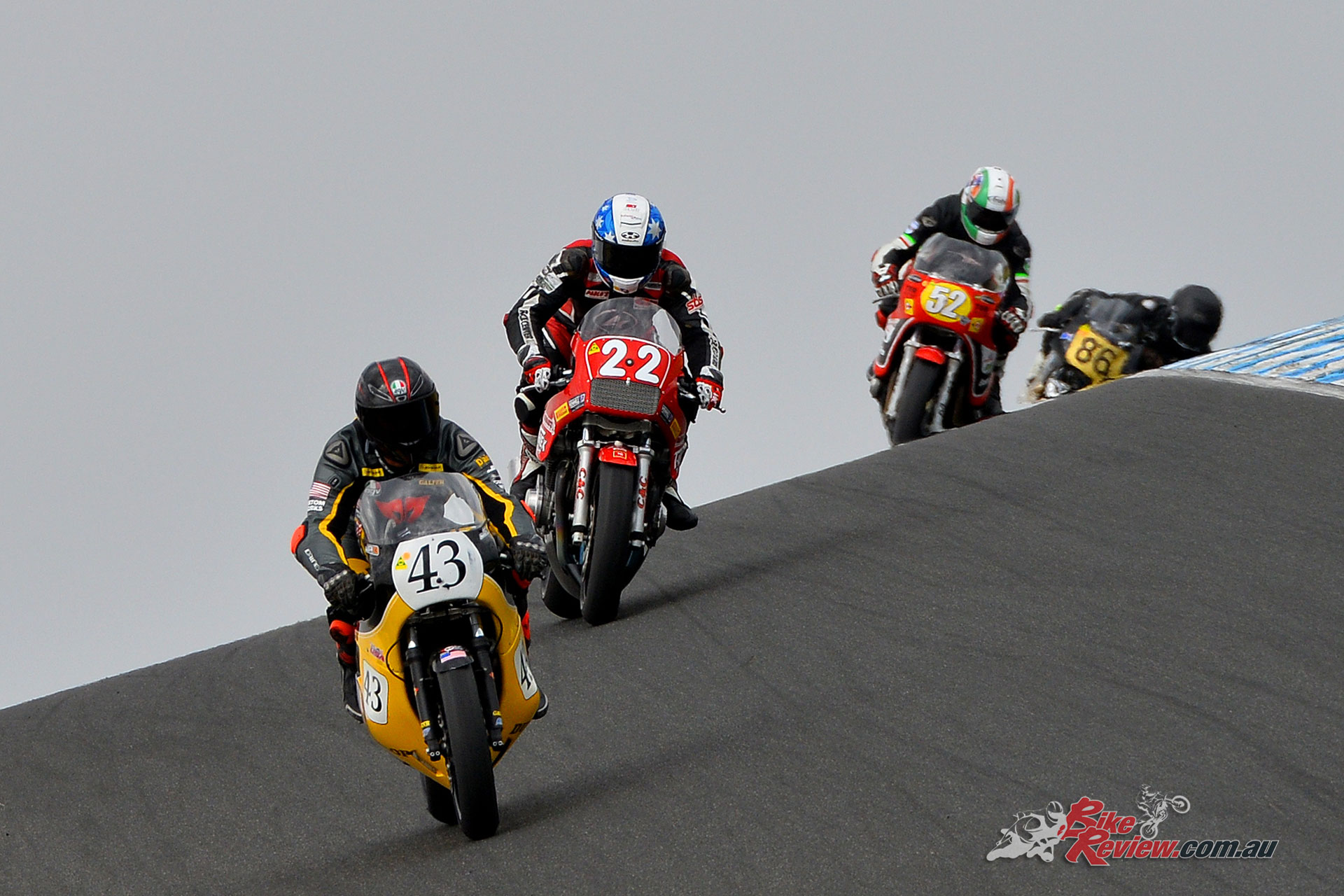 It is Morris’s first time with the Australian team, and the 26 year old from Newcastle, despite only doing a few laps in both qualifying sessions, dominated with blistering times in extreme conditions. 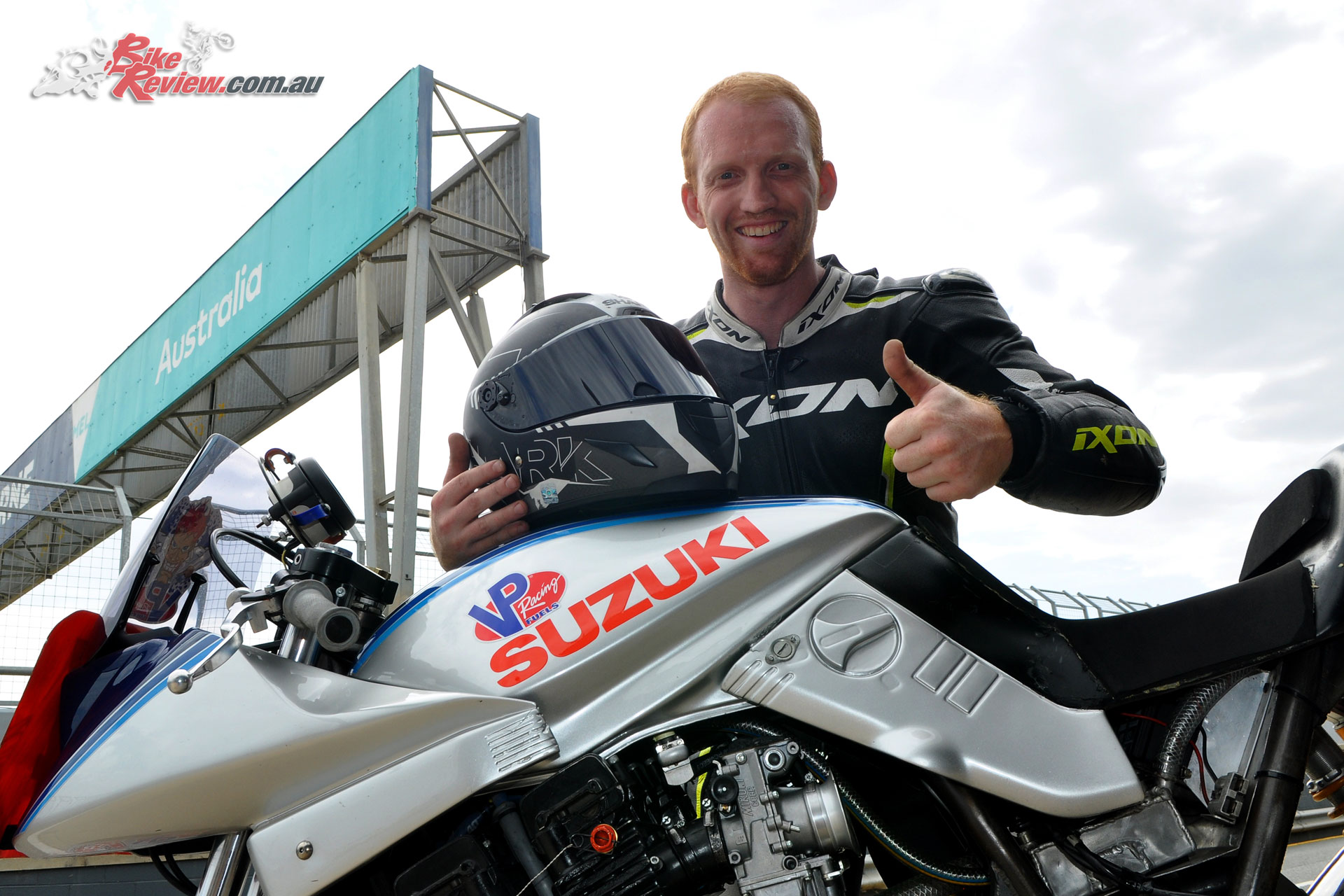 “It’s just brilliant to grab pole position in my first run in the International Challenge. The bike is working superbly. We have done a lot of work on the bike, but fact of the matter, it was a very good bike before the improvements,” said an elated Morris, riding the ex-Shawn Giles machine that held the International Challenge lap record. “We have to ensure that we get a good start and remember that we don’t have to win every race, although that would be fantastic. It’s all about accumulating points over the four races and maintaining consistency.”

The first qualifying session was held in stifling conditions at the apex of the day’s heat. Thankfully, for the life of many motorcycles, conditions improved for the afternoon with the air and track temperature dropping considerably to allow faster lap times. 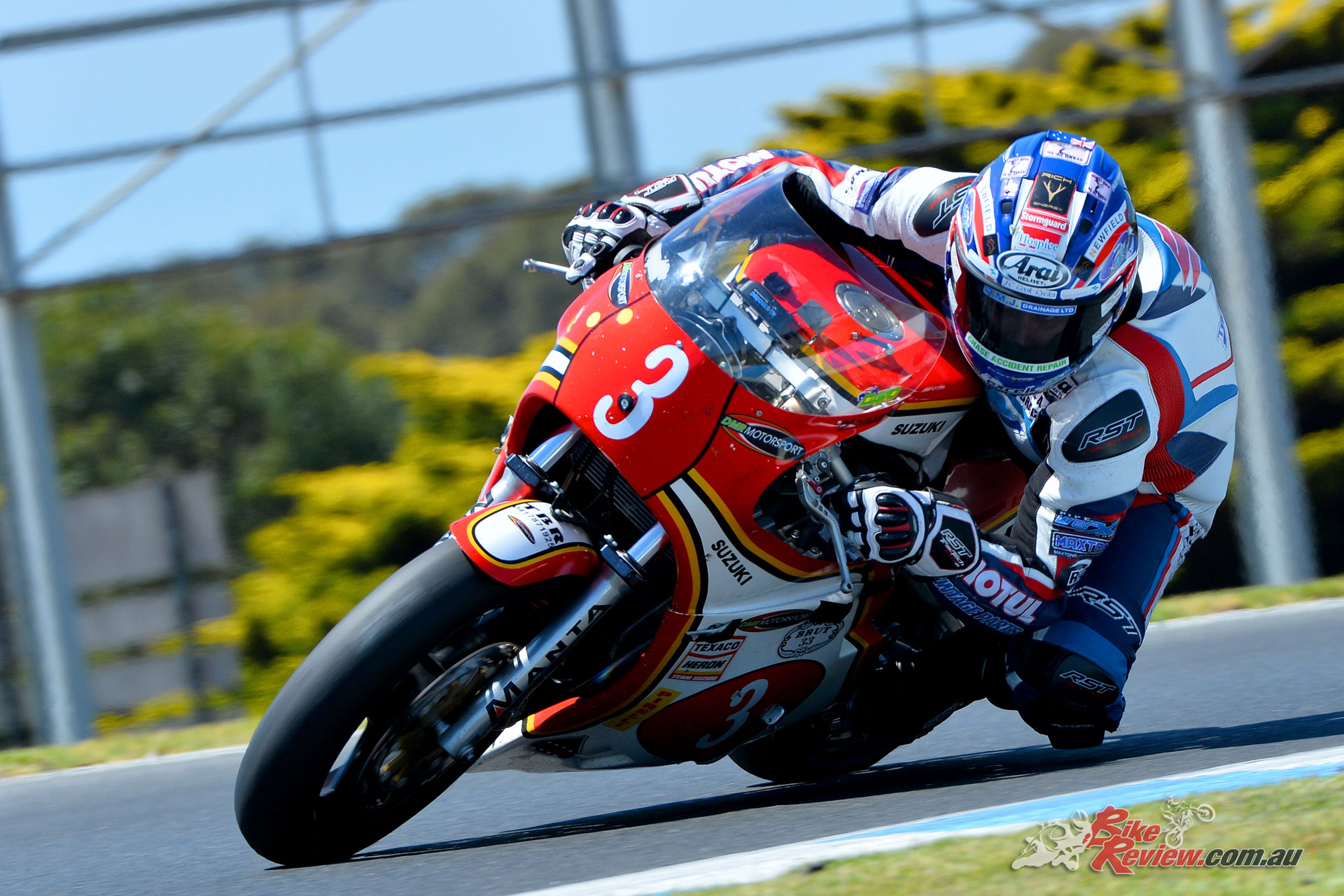 Jason Pridmore who is making his second visit to Phillip Island, is in fine form and after his experience in 2018 now knows what is needed to take out the International Challenge. Happy with second fastest Pridmore, like Morris, only did three laps in the second qualifying session before parking his bike – saving his machine for what counts in racing tomorrow.

Holder of the 2018 Ken Wootton Perpetual Trophy, Adelaide’s David Johnson qualified fourth. He is in threatening form, and looked in a good position to snatch pole, before a mistake in the third last corner curtailed his charge.

The 26th International Island Classic presented by Visit Phillip Island is one of the worlds’ great historic bike meets, attracting over 450 bikes and riders from across the globe, competing in 56 races over the weekend. Celebrating a century of motorbikes, features old Indians, Nortons and Vincents through to vintage Triumphs, Harleys and Ducatis. There’s six historic categories from pre-WW1 bikes through Vintage (1920-1945), Classic and Post Classic (from 1946 to 1972) and the more recent Forgotten Era and New Era classes fighting for class honours and the Phil Irving Perpetual Trophy. 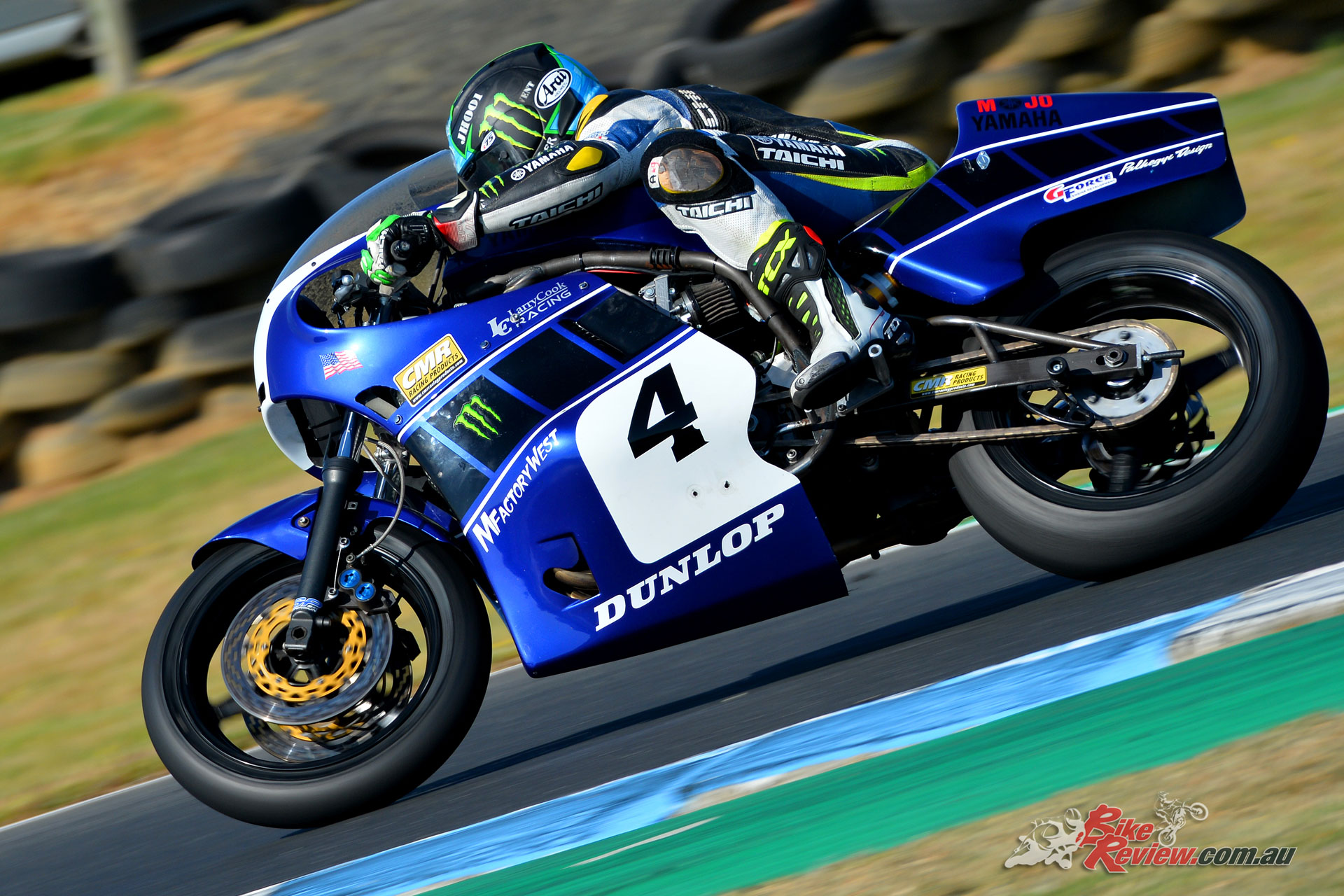 Gates Open Saturday and Sunday at 8am with tickets available at the gate. Camping also available on track with 24/7 access to the campground via gate 2. Kids 15 and under are free. For further information www.islandclassic.com.au 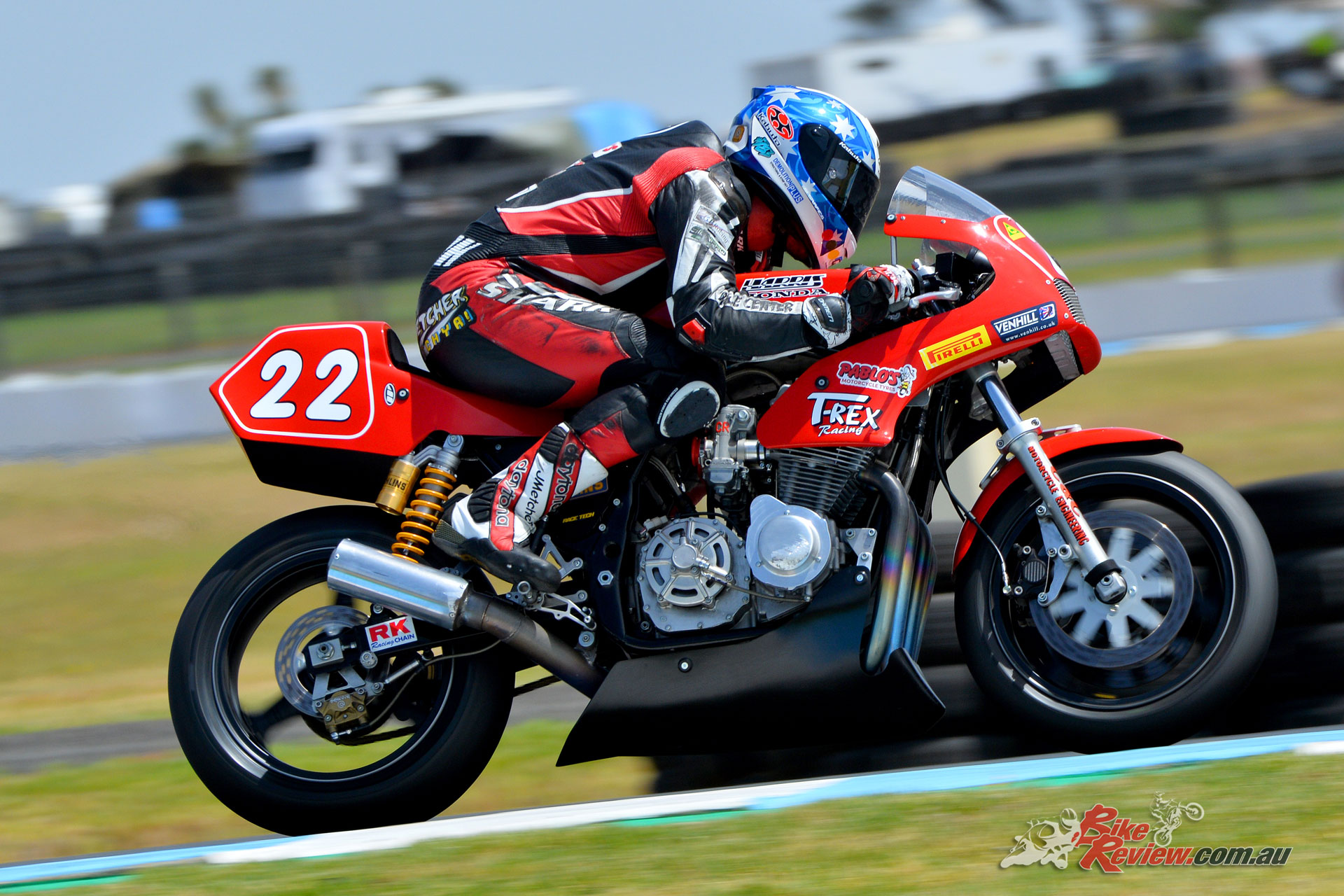