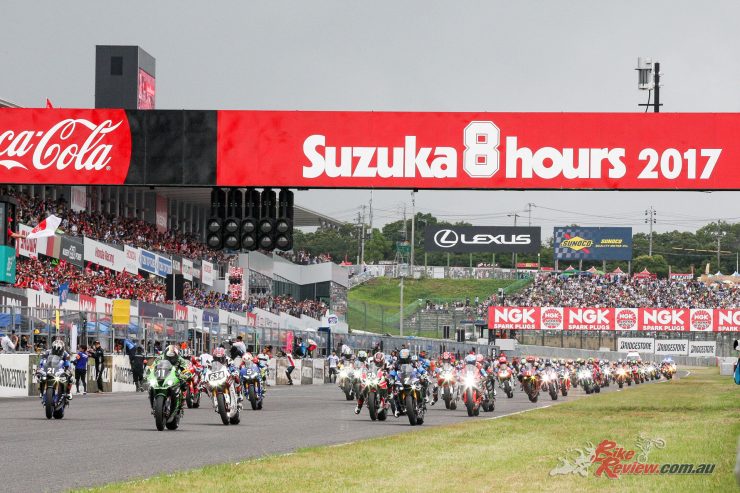 EWC returns to the Suzuka 8 Hours for the season finale

The Coca-Cola Suzuka 8 Hours is approaching this weekend and once again its stacked with an abundance of Aussie talent. This year’s riders include Josh Waters, Troy Herfoss, Josh Hook, Alex Cudlin, Damian Cudlin, Broc Parkes, Anthony West and Aaron Morris.

The famous race will be the final round of the FIM Endurance World Championship (EWC) taking place this Sunday 29 July 2018. It’s time to preview the race and get the inside word from the Australian competitors.

The Suzuka 8 Hours is undoubtedly Japan’s most prestigious motorcycle race and the Japanese manufacturers throw everything they have to win the coveted trophy. With plenty of pride at stake it will be fascinating to see which of the big four manufacturers (Honda, Yamaha, Suzuki and Kawasaki) can get the upper hand. Honda hold the record with 27 wins, Yamaha with seven, Suzuki with five and Kawasaki one victory. 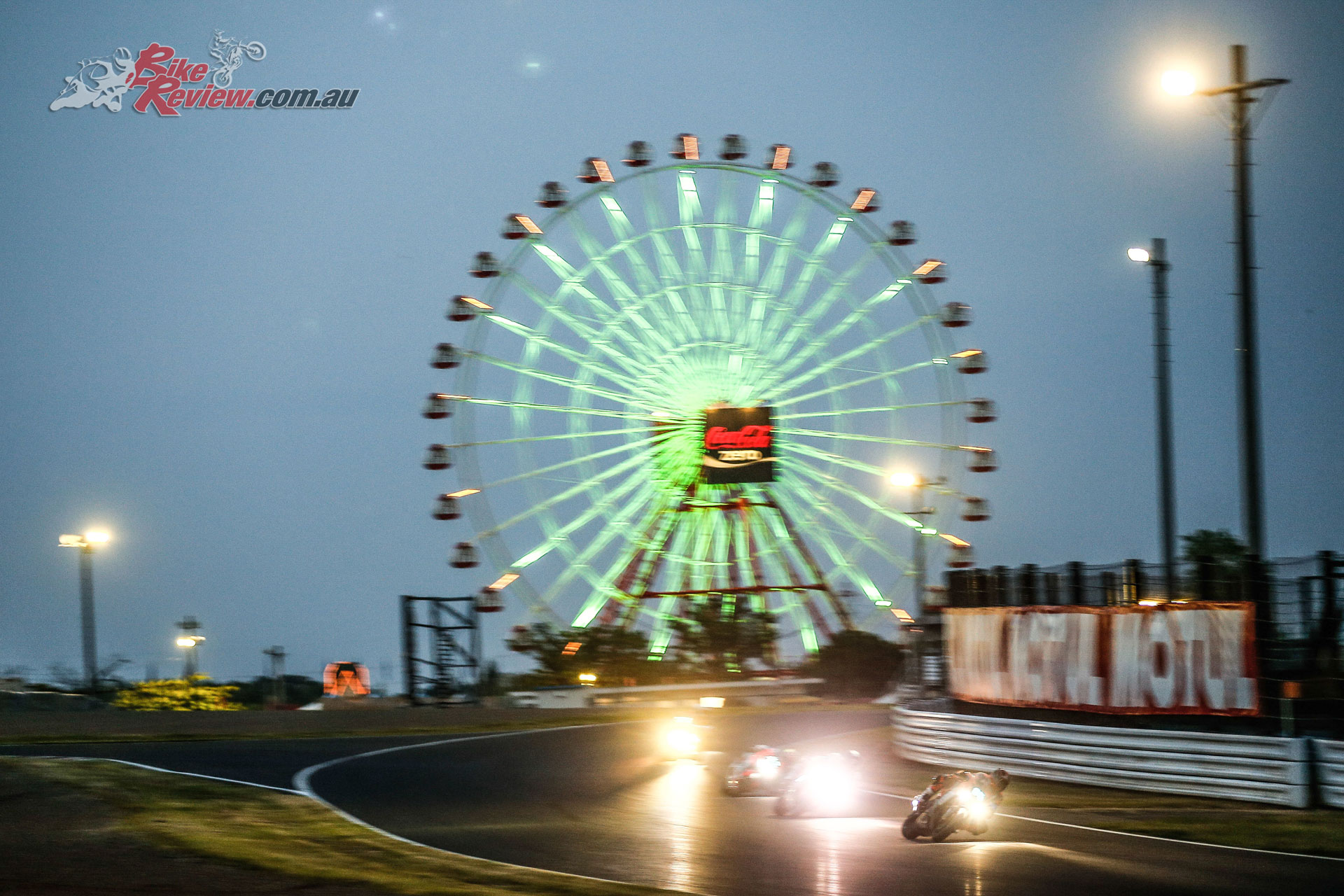 Australia has seen great success in the past, in particular during the late 80’s and early 90’s golden era that saw the likes of Mick Doohan, Wayne Gardner, Darryl Beattie and Kevin McGee take victories. Gardner has won a phenomenal four times at the figure eight style circuit. Australia hasn’t seen a victory at this race since 1992, but with a strong lineup for 2018, a victory could be on the cards.

Josh Waters (MotoMapSUPPLY) saying, “This will be the eighth time in a row I’ve competed in this race. It’s one of those events where at the time it is hard work but there is something special about it that keeps me coming back. I’m with the same team for the previous two years. It is a Suzuki supported team and I am racing with two Japanese teammates. I’ve ridden with fellow team member Nobuatsu Aoki for five years and it will be great to compete with him again. 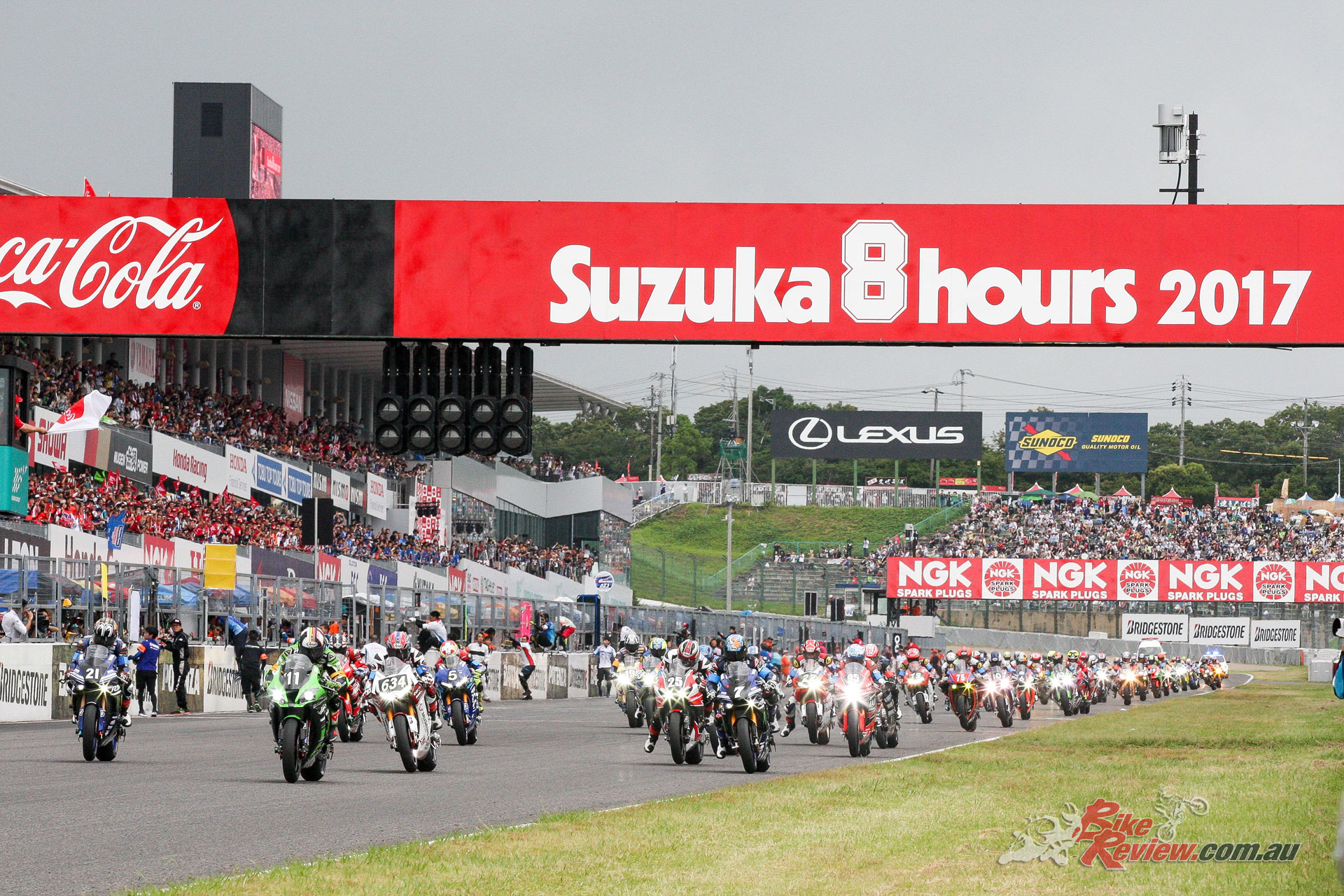 EWC returns to the Suzuka 8 Hours for the season finale

“It’s interesting to ride with a Japanese team as their English is quite limited, but I’m able to get by with body expressions. Rider’s speak is almost like a universal language. Their methods are slightly different to how we operate at Team Suzuki ECSTAR here in Australia but it’s great to experience the differences.

Troy Herfoss (Honda Asia-Dream Racing) saying, “Testing has been a big learning experience for me. I have a lot of experience with my Honda Superbike and crew in Australia, so it has been very different trying to set a bike up with a foreign team with a bike of different specs. I’m confident we ticked most boxes ahead of the race, we achieved a respectable lap time, completed a solid race run and also the fuel economy and pit stops are all good. 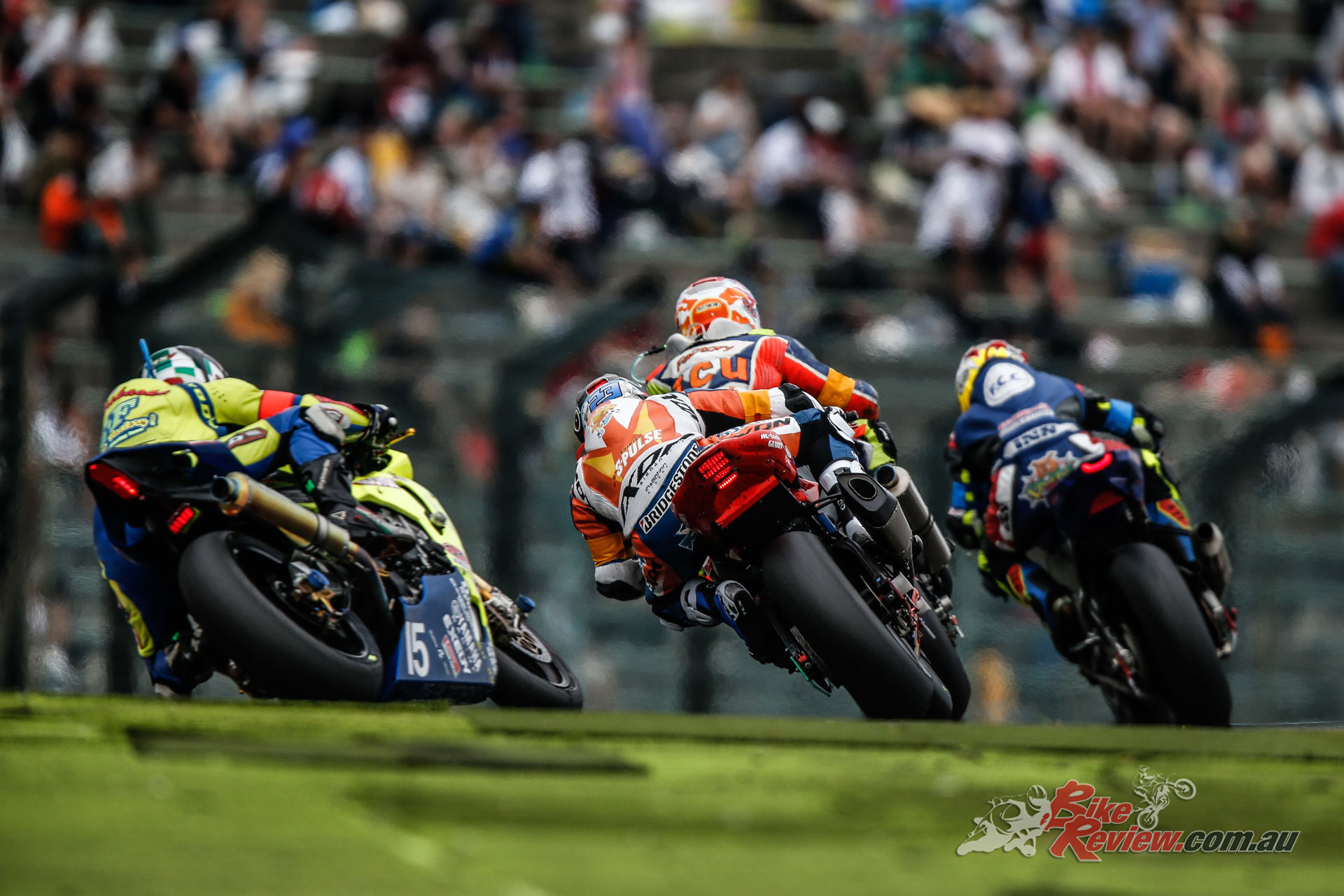 “The opportunity to race this year’s Suzuka 8 Hour has been a work in progress, I got to experience the race for the first time in 2014/15 and since then I have been keen to come back. Honda Australia have really rewarded me this year and have been very active in helping me try my skills against the best riders and I think that has helped be more competitive in ASBK. Also, the Penrite Honda Team have been supportive of me doing the 8 Hour, so I hope I can do an above average ride this weekend.

“Expectations for the race, to put it short I think a Top 10 is acceptable, but I dream of a top five. It’s a tough race and it’s an event that is heavily supported by the manufacturers, so you see a big difference in bike/tyre performance between teams, but I am really enjoying the bike I am riding and it’s easy to ride. I think over the 8 hours we can have a chance of achieving a really solid result. One day I’d love to ride the factory bike like so many Aussies did throughout the 90s.”

Josh Hook (F.C.C.TSR Honda France) saying, “Testing has been a little harder than we expected it was going to go, we have moved onto the new chassis from HRC for the final round of the championship in Suzuka. We have a lot of things to go through and we lost a couple days testing to the wet weather, but in the end, we are making some progress with one more test scheduled at the end of this week before the race weekend gets underway.

“I signed with TSR Honda for the full season of World Endurance Championship. With Suzuka being the final round of our championship, we have a 10-point lead so it was important to keep the same riders for this race to get the job done.

“For us we need to win the championship, so we need to focus more on that, rather than going for an outright result for at Suzuka. I would love to be able to aim for a podium for this race, but myself and my teams goal is to win the world title, so we will not take as much risk as we usually would to make the best result possible,” Hook added. 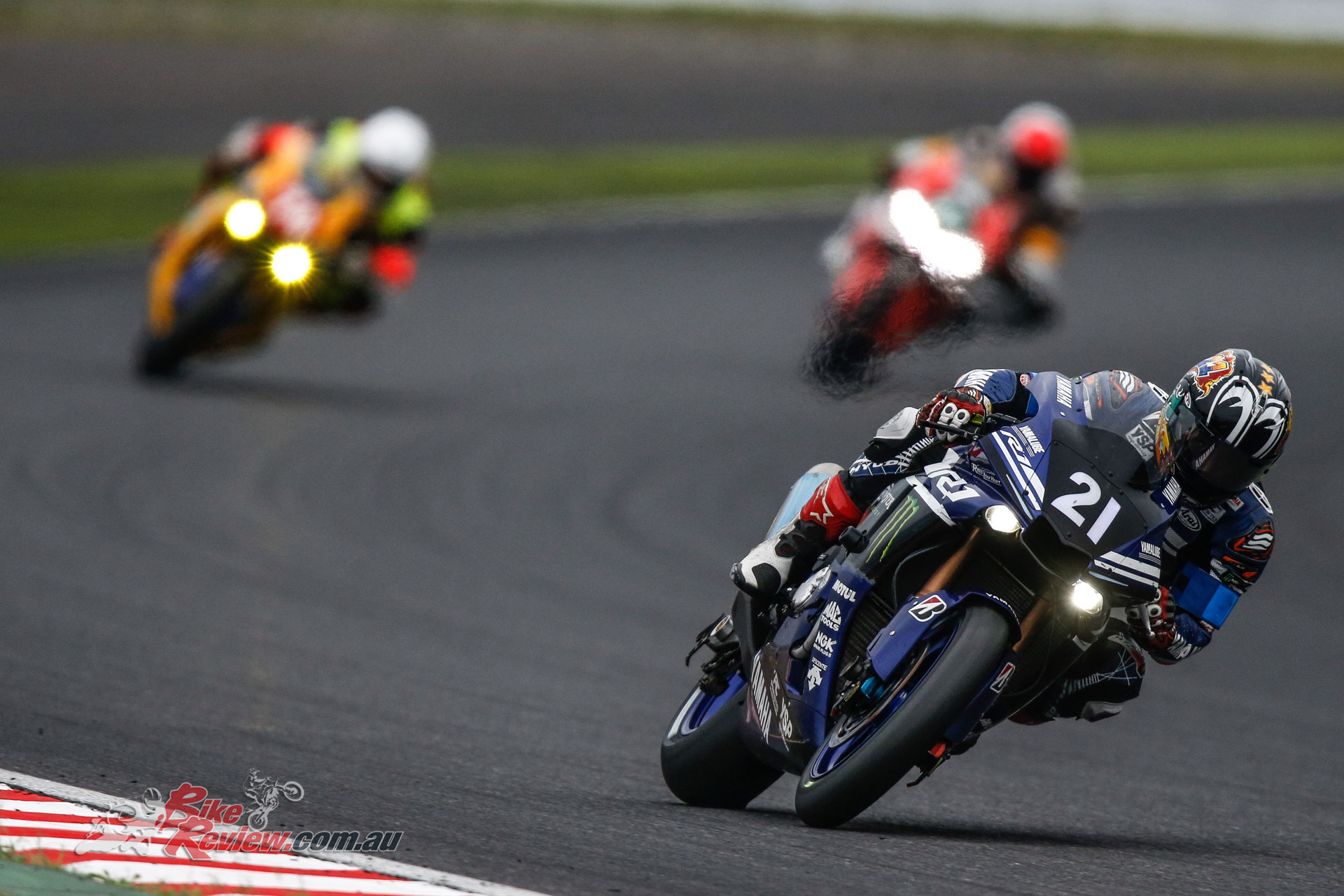 Broc Parkes (YART-Yamaha) is another Aussie competing, saying, “Looking forward to this years Suzuka 8 Hours. Testing has gone really well and I feel we have a strong team. There are a lot of factory teams, so it’s always a lot harder here in Suzuka. We have had a fourth and fifth the last two years here, so hopefully this year we have some luck and could get a podium and that would be like a win here.”

Damien & Alex Cudlin will both be competing in the BMW Motorrad39 team, with Damien sharing, “Testing in Japan has gone really well, and we’re certainly more confident now that we can achieve a great result in this year’s 8 Hour. I’ve been on the bench for almost a year now, so I was nervous heading into the test, but it all came back to me pretty quickly and the #39 BMW fit me like a glove.

“The race will be tough physically. I’m not as fit as I was when I was racing full-time, but I’ve got a lot of experience in this arena, I’ve raced in twelve Suzuka 8 Hours now, so I know what I’m in for and what it takes to get to the finish. Daisaku Sakai was great to work with, and it’s going to be a lot of fun racing with my brother Alex too, so I’m excited.”

Anthony West will also be making an appearance, with the EVA RT Webike TRICKSTAR team, explaining, “I’m really excited about racing the Suzuka 8 hour this year. The last two years I have been on a Superstock bike. Now I have the chance to ride a Superbike in an experienced team. I’m happy we have just found the new replacement rider, who has won the world championship EWC on The Kawasaki ZX-10R.

“We are using Dunlop tyres this year and Dunlop have been working hard to make us some special tyres for the race. So, I hope it’s going to be enough to make strong race in the top 10. We will be fighting for higher against the factory teams.

“TRICK STAR exhaust is our biggest sponsorship for this race. So, big thanks to them and Dunlop for giving me the chance as the number one rider in this team. It will be hard and hot but that’s what makes it fun!”

Aaron Morris (R2CL) was also stoked to return to the Suzuki 8 Hour, “I’m really looking forward to riding the Suzuka 8 Hour again. It’s one of the best meetings I have ever raced at, the atmosphere and enjoyment out of everyone is amazing. It’s my favorite track to race at and has everything you could want in a race track to test your skill, that’s why I am so happy to go back and ride there again. 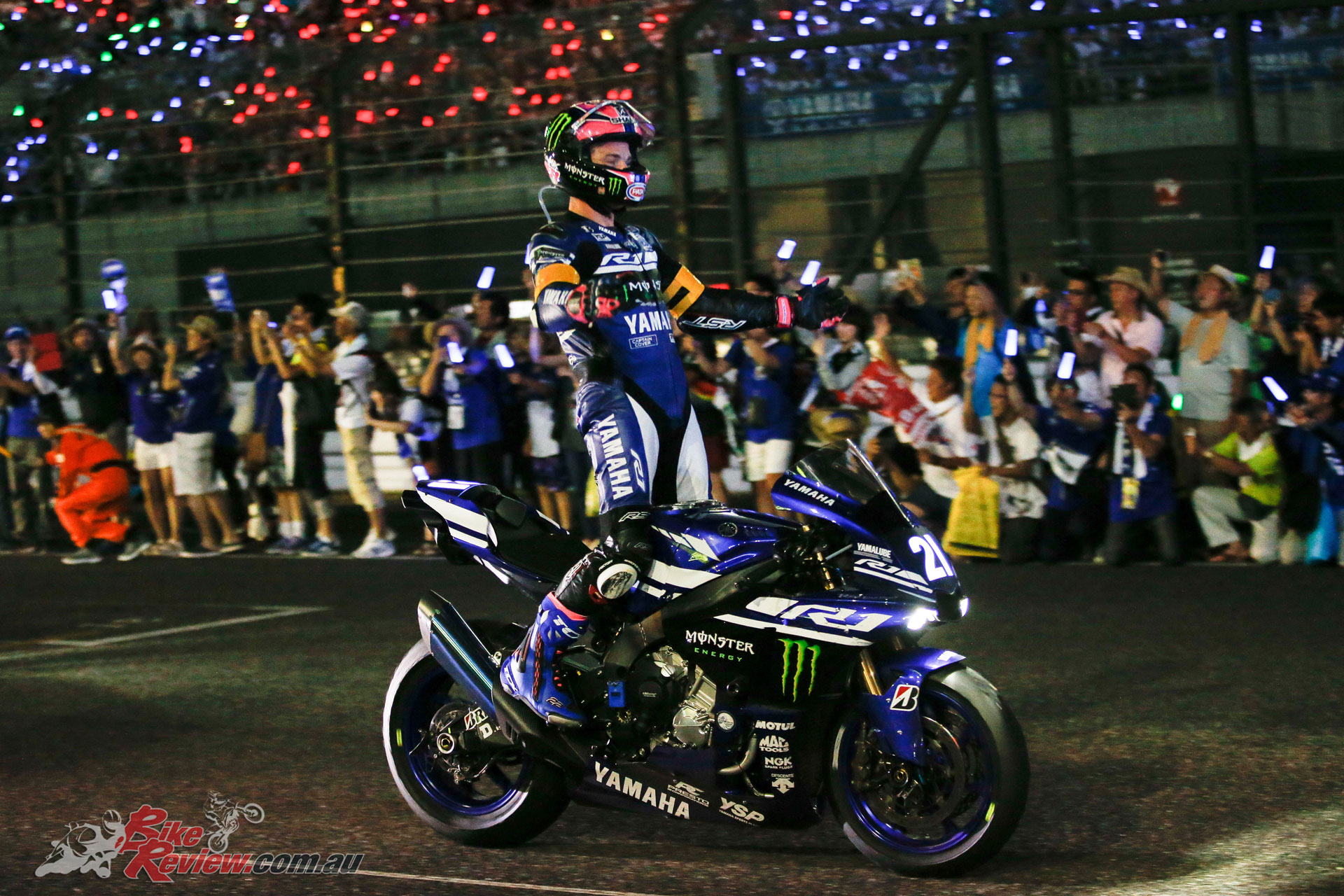 “Last time with two riders we finished 12th, which was also the 2nd European team home, for R2CL that was an excellent result. It will be a tall order to repeat a result like that but we will do our best.”