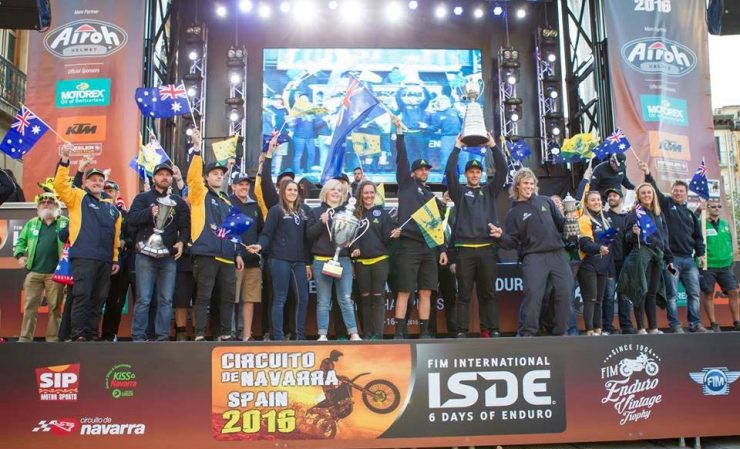 On the back of Australian Team success of previous years, the 2017 Trophy teams are preparing to head to France where they will come up against 32 rival nations. A total of ten riders will make up three Trophy Teams, donning the green and gold, representing Australia at the highest level in Enduro and Off-Road racing. 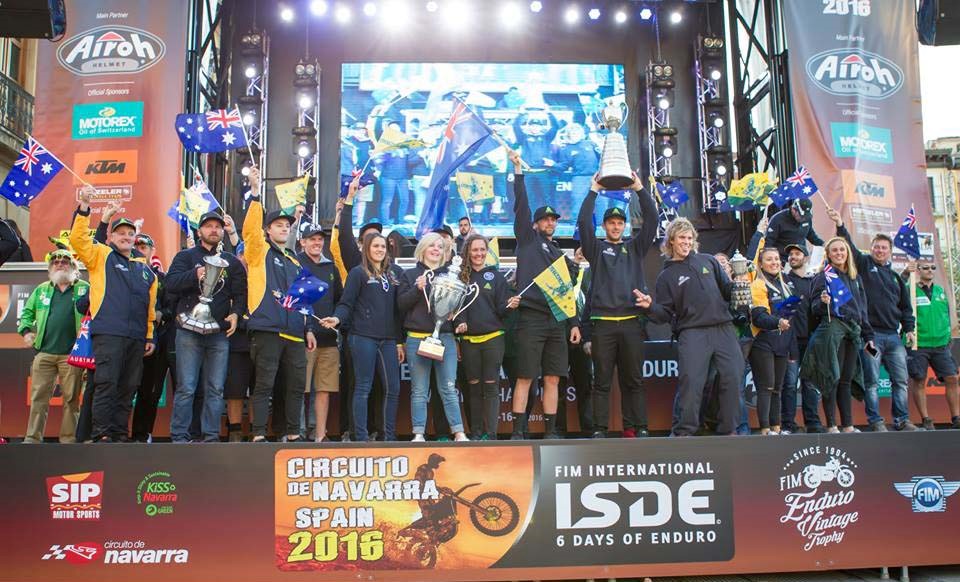 With some of the most talented Off-Road riders in the world calling Australia home, this year’s Senior Trophy Team will be comprised of Matthew Phillips, Daniel Milner, Joshua Green and Daniel Sanders.

Sherco Factory Racing rider, Matthew Phillips and Red Bull KTM team rider Daniel Sanders are both currently competing in the EnduroGP in Europe. Phillips is an accomplished rider who will be defending his title this year, and Daniel ‘Chucky’ Sanders will be riding in his first year of a two-year deal. While KTM Enduro Race Team mounted, Daniel Milner and Active8 Yamaha Yamalube rider, Joshua Green currently battling it out for the E2 title in the Yamaha Australian Off-Road Championship (AORC) Milner the current point’s leader in the class.

The Australian Women’s World Trophy Team will be gunning for a sensational fifth consecutive victory at ISDE, and will field a powerhouse unchanged from 2016. The Women’s Team is made up of Tayla Jones, Jemma Wilson and Jessica Gardiner for the 2017 campaign. They will set out to create further history with the same team for a fifth year in a row.

The Junior Trophy Team will have two new comers to the ‘Six-Day’ scene. Active8 Yamaha Yamalube rider, Will Ruprecht as well as KTM Enduro Race Team rider, Lyndon Snodgrass. Joining them will be KTM mounted young-gun, Jack Simpson. Simposin debuting in the team in 2016. All three of these riders, have shown their ability to compete at an elite level in the 2017 AORC. Ruprecht and Snodgrass will debut in what will be their first international event, the 2017 ISDE.

“We were last in Brive (France) for the ISDE in 2001. There were some very good results in France that year, with the Australian Trophy Team winning a few of the days. There are some significant goals to achieve at this years’ event, and the selected Teams are capable of achieving the highest results.’ He finished.

A full list of the 2017 ISDE Championship competing Senior and Junior teams can be seen below:

MA bid the 2017 Australian ISDE Championship teams ‘good luck’ for another international debut, and will closley follow the journey of the Aussie riders as they compete in France this year.