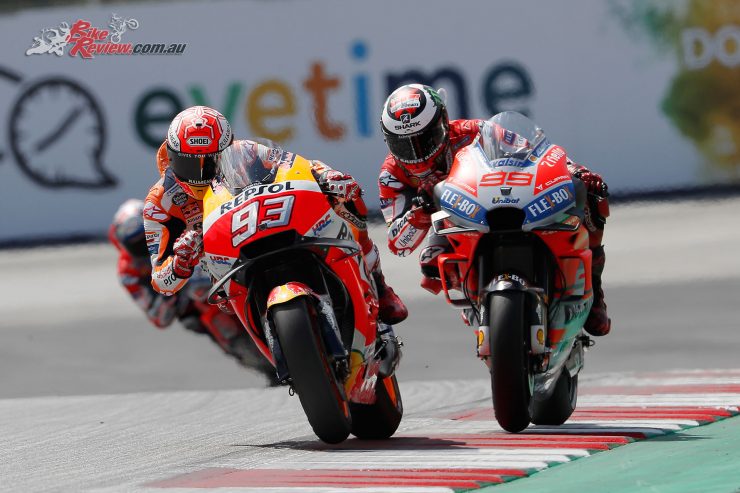 Since the Red Bull Ring and Austria returned to the calendar in 2016, only Ducati have won there. And that means, therefore, that reigning Champion Marc Marquez (Repsol Honda Team) is yet to conquer Spielberg. Will 2019 be the year? 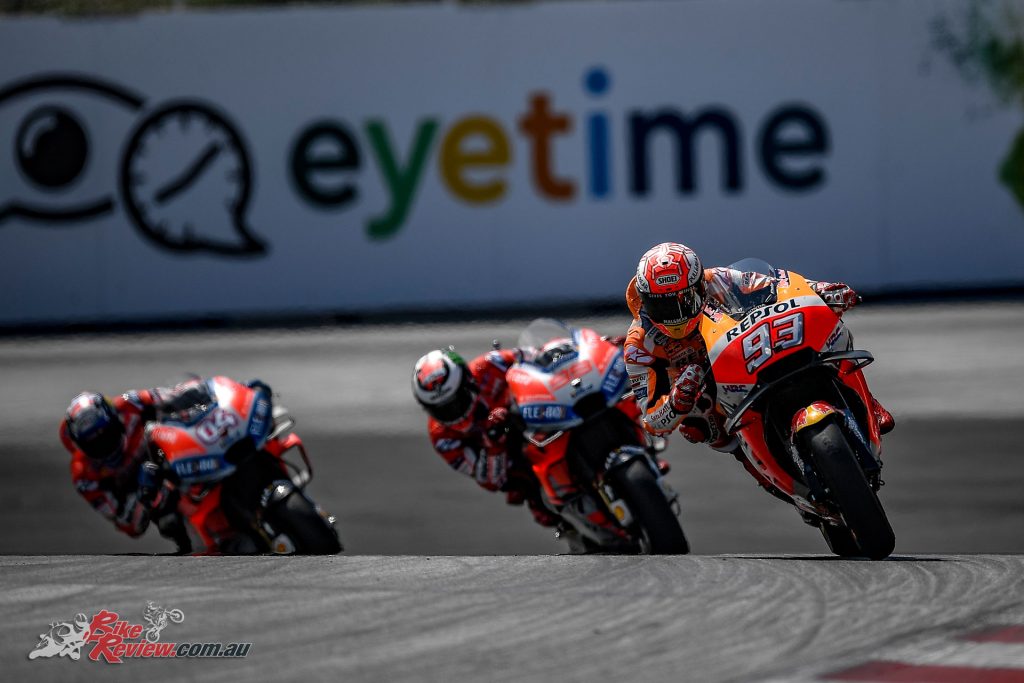 The signs look good. Marquez has only put together two better runs of podium finishes in his entire premier class career, and the number 93 seems to have turned up the wick of late. But no one is ever invincible; that’s already been proven this season at the Circuit of the Americas. And Marquez’ record in Austria is quite different.

So will it be Andrea Dovizioso (Ducati Team) becoming the first repeat winner since the Red Bull Ring returned? His 2017 victory against Marquez was one of their many classic duels and the Italian was back on the podium at Brno after a more difficult few races. And then there’s teammate Danilo Petrucci, now a Grand Prix winner after that stunning victory at Mugello, and he could make it four different riders in a row to win for the Borgo Panigale factory. More than points, this weekend is pride on the line.

And can Jack Miller (Pramac Racing) get in the fight? He was on the podium at Brno for the second time this season and, earlier in the year, was the only man to have overtaken Marquez for some time. He’s top Independent Team rider too, having pulled out some breathing space on Cal Crutchlow (LCR Honda Castrol) in the standings, who incidentally hits a milestone of 150 Grands Prix. Crutchlow could also be one to watch in Austria, having come home just off the podium last season and the Honda remaining a match for the Ducati… 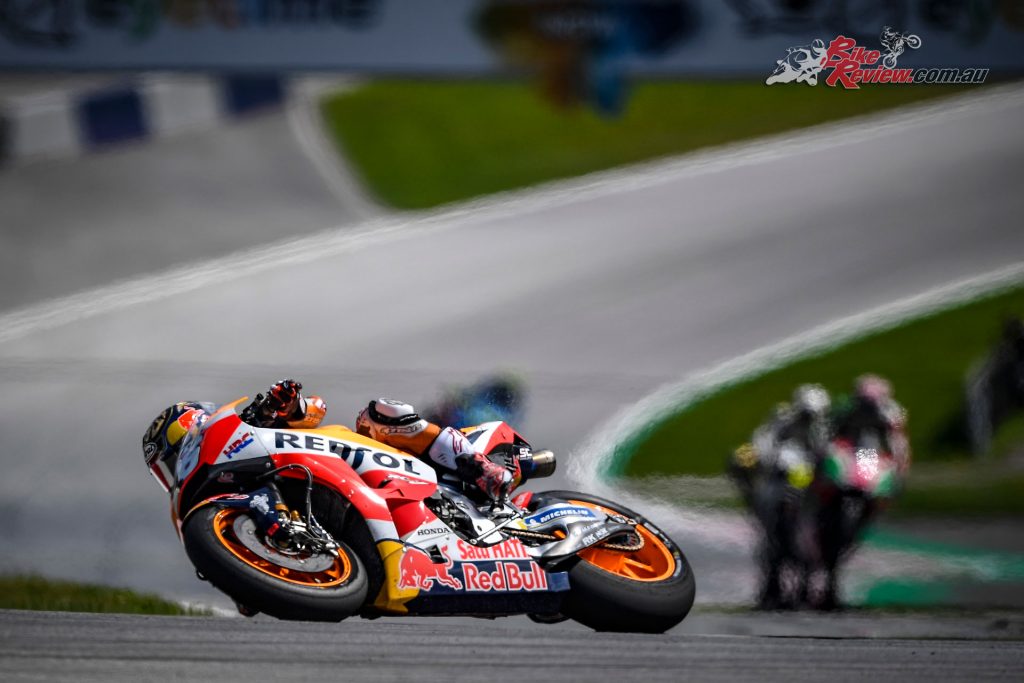 Alex Rins (Team Suzuki Ecstar), meanwhile, could face a more difficult weekend. Honda and Ducati have ruled in Austria and the Suzukis, like the Yamahas, may need to pull something special out the bag to contend. But to finish first, first you must finish and the Spaniard was back on it at Brno after two uncharacteristic crashes from podium contention before summer. What can he do? And can Valentino Rossi (Monster Energy Yamaha MotoGP) and teammate Maverick Viñales – who hits 150 GPs – create any magic in the mountains? Yamaha were a force to be reckoned with at the Brno test, but Austria is a very different venue.

The man on top at that test though was Fabio Quartararo (Petronas Yamaha SRT), and the rookie often doesn’t seem to play by the formbook of the factory team. Leading Rookie of the Year comfortably, he’ll likely have his sights set more on Crutchlow and Miller ahead of him in the Independent Team rider standings. But he’ll have to contend with teammate Franco Morbidelli, who will be eager to bounce back from a crash that was no fault of his own, and fellow Independent contenders like Takaaki Nakagami (LCR Honda Idemitsu) and Aleix Espargaro (Aprilia Racing Team Gresini). 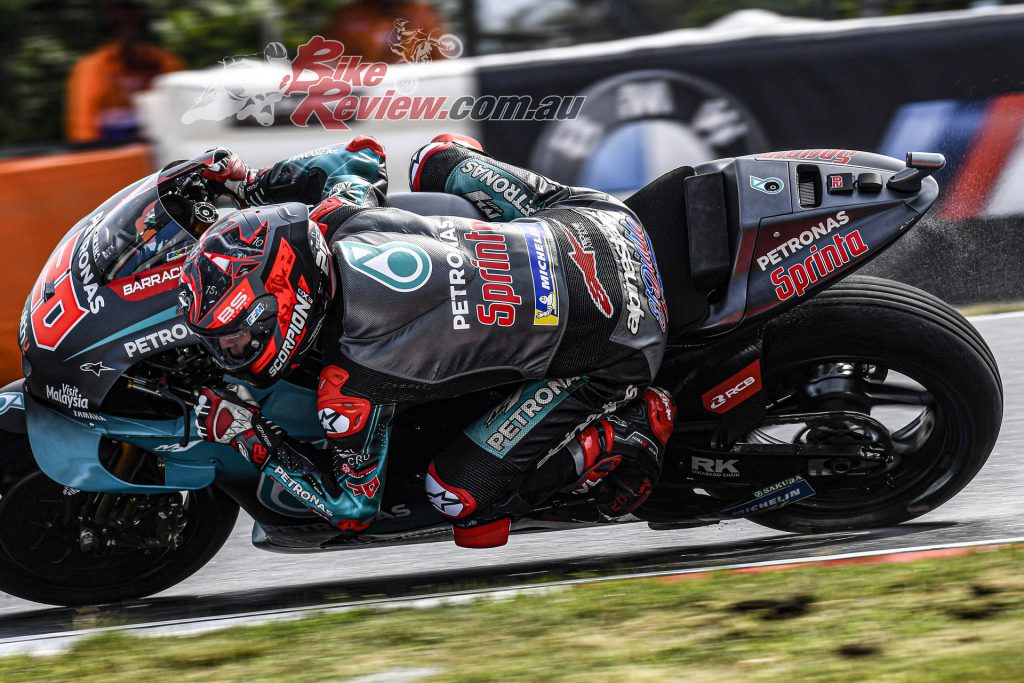 And then, of course, there’s the home manufacturer: KTM. Pol Espargaro (Red Bull KTM Factory Racing) just can’t seem to stop impressing and has been one of only two riders to have scored in every race this season – the other being Petrucci. He’ll want to put on the show of the season on the Austrian factory’s home turf, especially after losing out on the chance last season through injury. And teammate Johann Zarco, fresh from taking KTM’s first front row last time out, will be out to prove a few things too. Can Miguel Oliveira (Red Bull KTM Tech 3) and teammate Hafizh Syahrin showcase some pace as well?

There’s a lot on the line in Austria. Marquez can tick that last empty box? Will Ducati can keep their dominant run? And, can it prove another stunner of a showdown in Spielberg? Find out on Sunday in the myWorld Motorrad Grand Prix von Österreich.