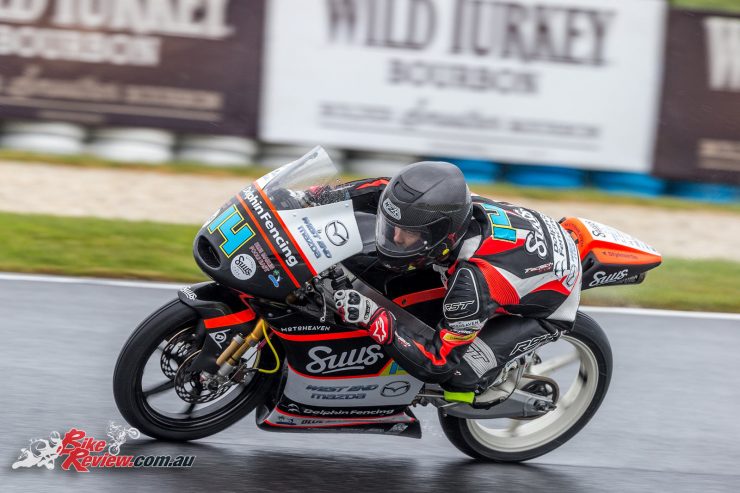 Barton improves in the rain, Jones shines in MotoGP practice

Australian fans lined the fence despite the rain and wind to watch some of Australia’s finest road racing athletes including MotoGP regulars Jack Miller and Remy Gardiner at this year’s 2016 Michelin Australian Motorcycle Grand Prix at Phillip Island today.

Australia’s Wild Card Matt Barton geared up this morning to head out amongst our international guests for his second year running to perform in front of an international crowd in the renowned Moto 3 category.

Australia’s Wild Card’s journey didn’t start off as planned. A delayed engine delivery caused a mad dash last night to get everything signed off, but with a more hopeful start to the morning today Barton had two 40-minute practice sessions to find his feet and perfect a wet setup before qualifying tomorrow. 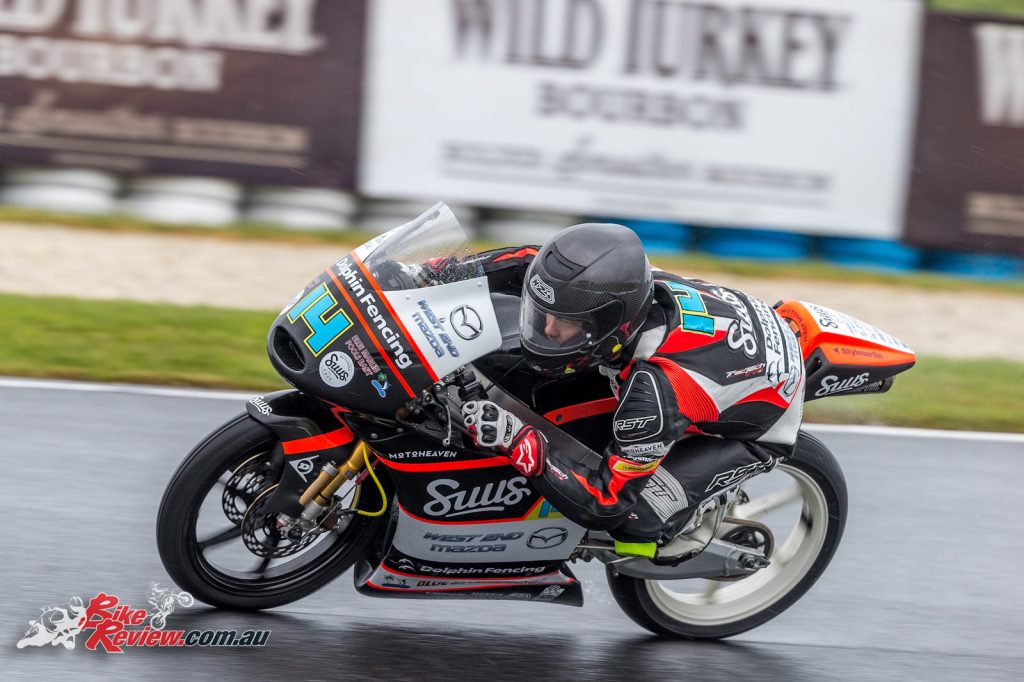 Spots of rain littered the first practice session, and after eight laps in the books Barton was sitting in 34th position behind Adam Norrodin after a 1 minute 58.831 lap time in the wet.

By the time his second 40-minute practice arrived the track was well and truly wet, the rain falling heavily over Phillip Island. Barton fighting amongst the pack managed to drive down his times in the wet securing a 30th place position in practice ahead of tomorrow’s final practice session and qualifying.

Among our Aussies competing Australia’s Mike Jones made his MotoGP debut appearance last week in the Grand Prix of Japan, and was once again offered the ride returning home to compete in front of a home crowd with the MotoGP Avinta Ducati Team. 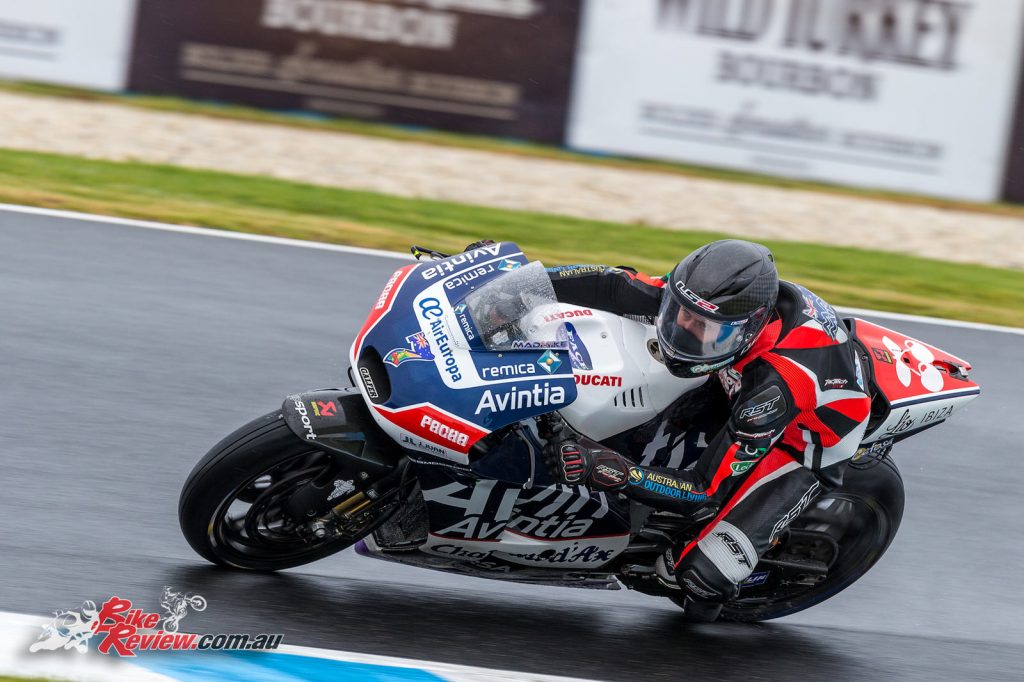 Mike Jones had a fantastic start to the morning wrangling his way up to seventh position amongst World Champion Marc Marquez and fellow Australian Jack Miller in the first free practice of the event.

Although there was much time spent in the top ten throughout the session, Jones concluded the first practice session in 14th position with a 1:43.483 lap time, just behind Scott Redding. 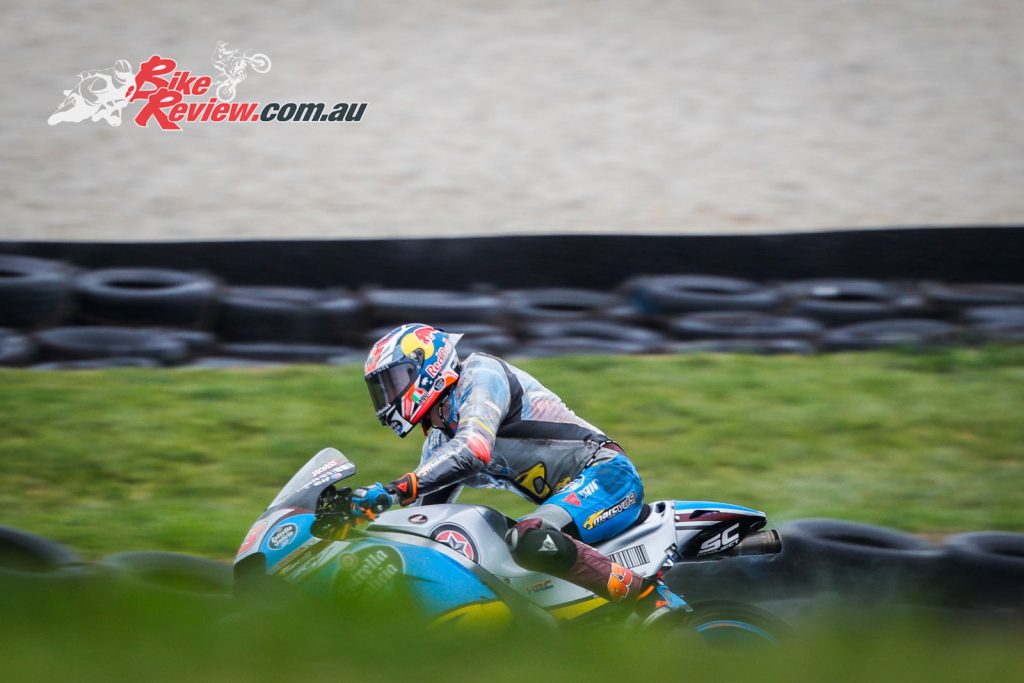 Heading out in to torrential rain in the second free practice session for the MotoGP category, Mike Jones braved the weather with only a handful of MotoGP regulars before the session was red flagged, not to resume as the track conditions were deemed unsafe to ride.

Australia’s riders will reset ready for the commencement of tomorrow’s final practice sessions and qualifying ahead of racing on Sunday at the 2016 Michelin Australian Motorcycle Grand Prix.