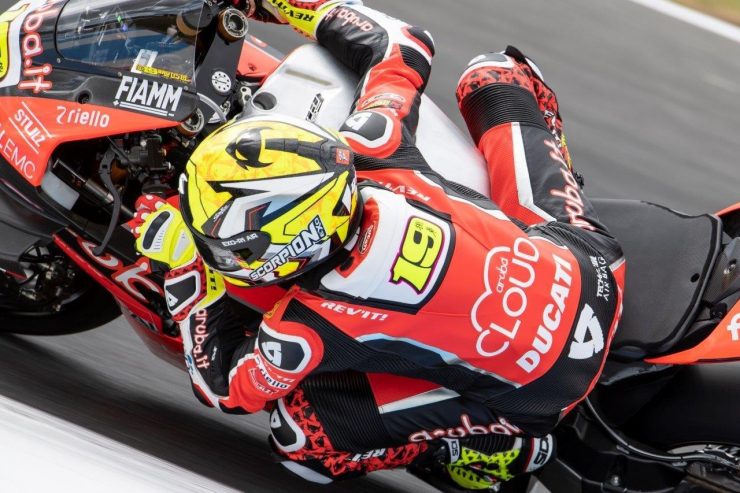 Alvaro Bautista stayed true to form, from his earlier timesheet topping testing, and closed out Friday opening practice in the top spot once again, with Jonathan Rea not far off and the top eight all in the 1:30s.

Bautista’s run on the all-new Ducati Panigale V4 R continued today when he produced a searing 1min30.327sec lap in the second 50-minute session. 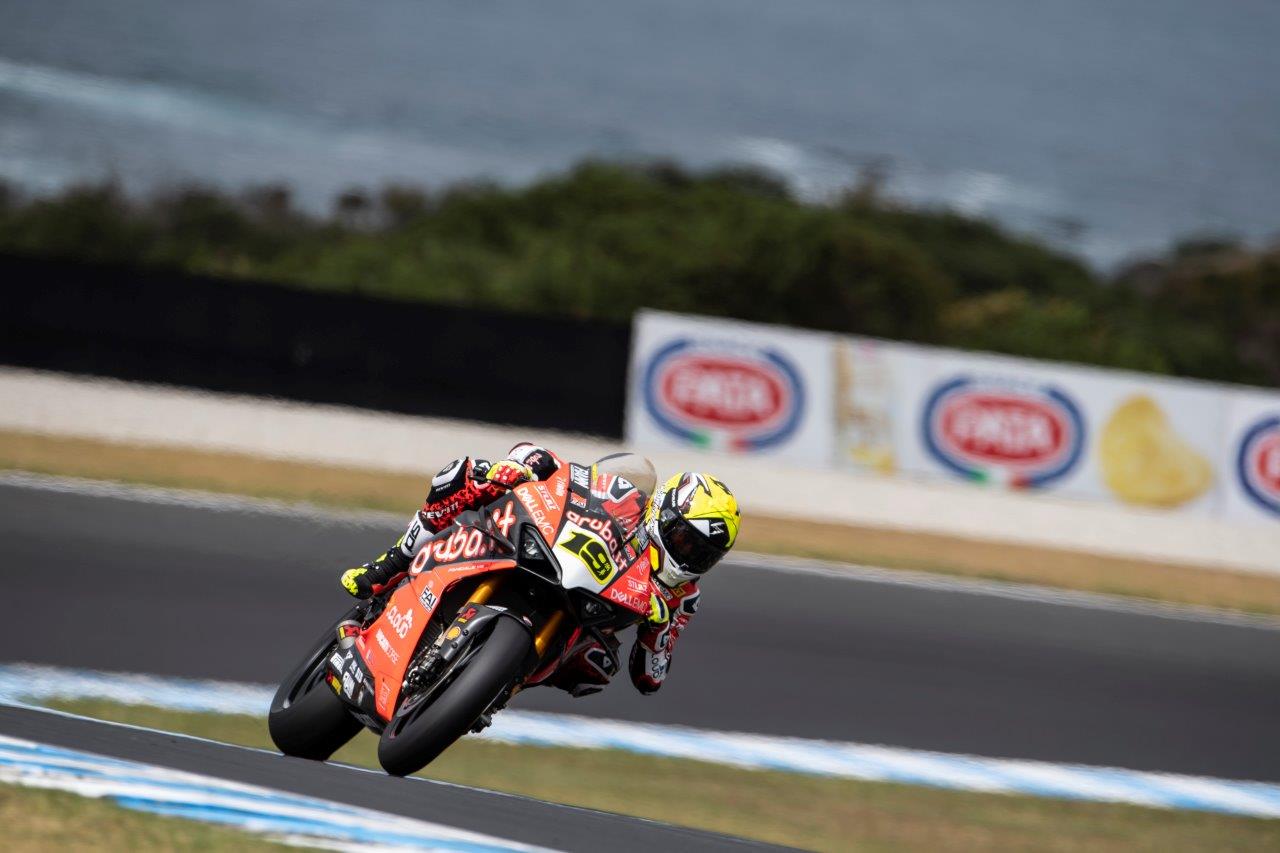 Bautista, the 2006 125 GP world champion before going onto race successfully in the 250cc and MotoGP ranks, was one of 11 riders in the 19-rider field to better his time in the second outing.

World champion Jonathan Rea (Kawasaki) wasn’t one of those, but not from a lack of trying as he pushed his ZX-10RR to the limit in the final five minutes. 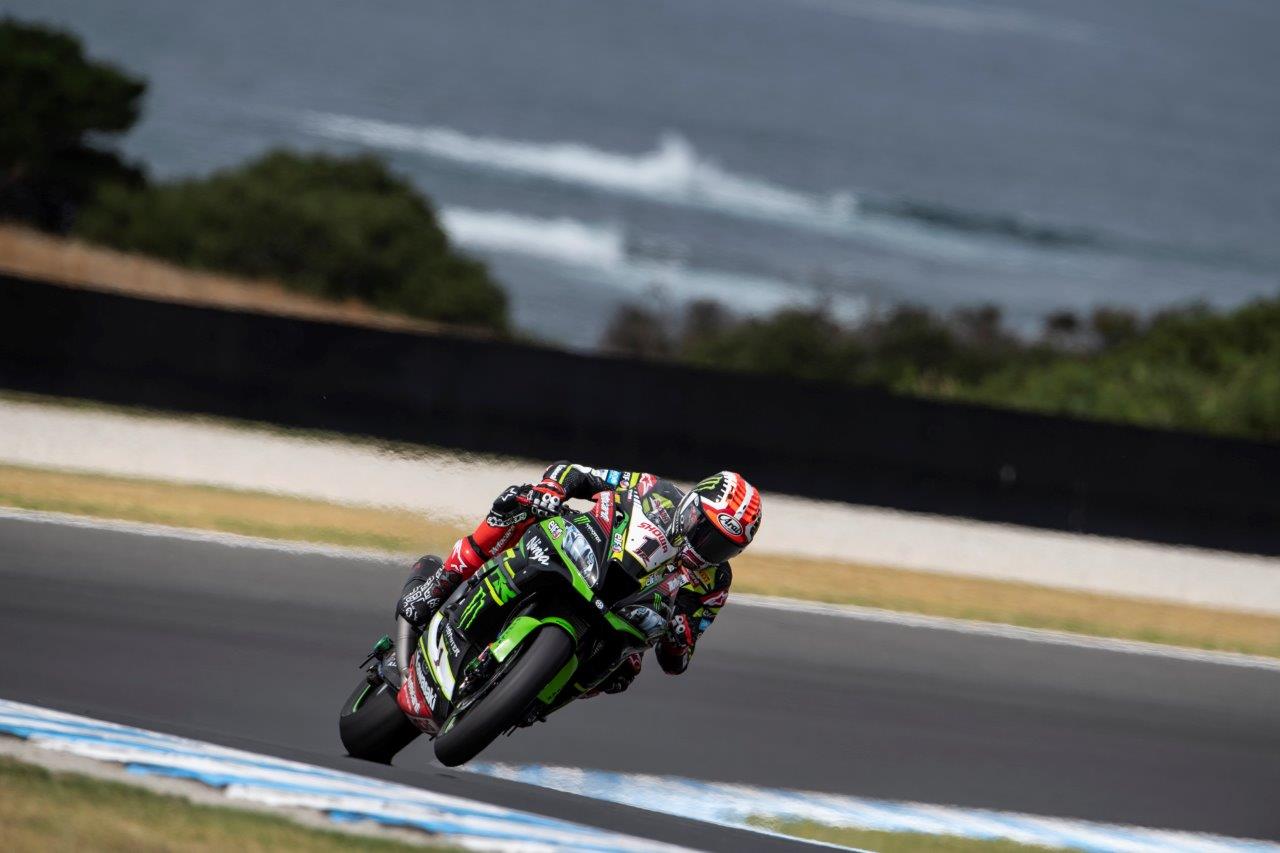 Michael van der Mark (Yamaha) and Toprak Razgatlioglu (Kawasaki) completed the top 10, while Marco (Melandri) and world No. 2 Chaz Davies (Ducati) were 13th and 14th – but only one second behind Bautista! 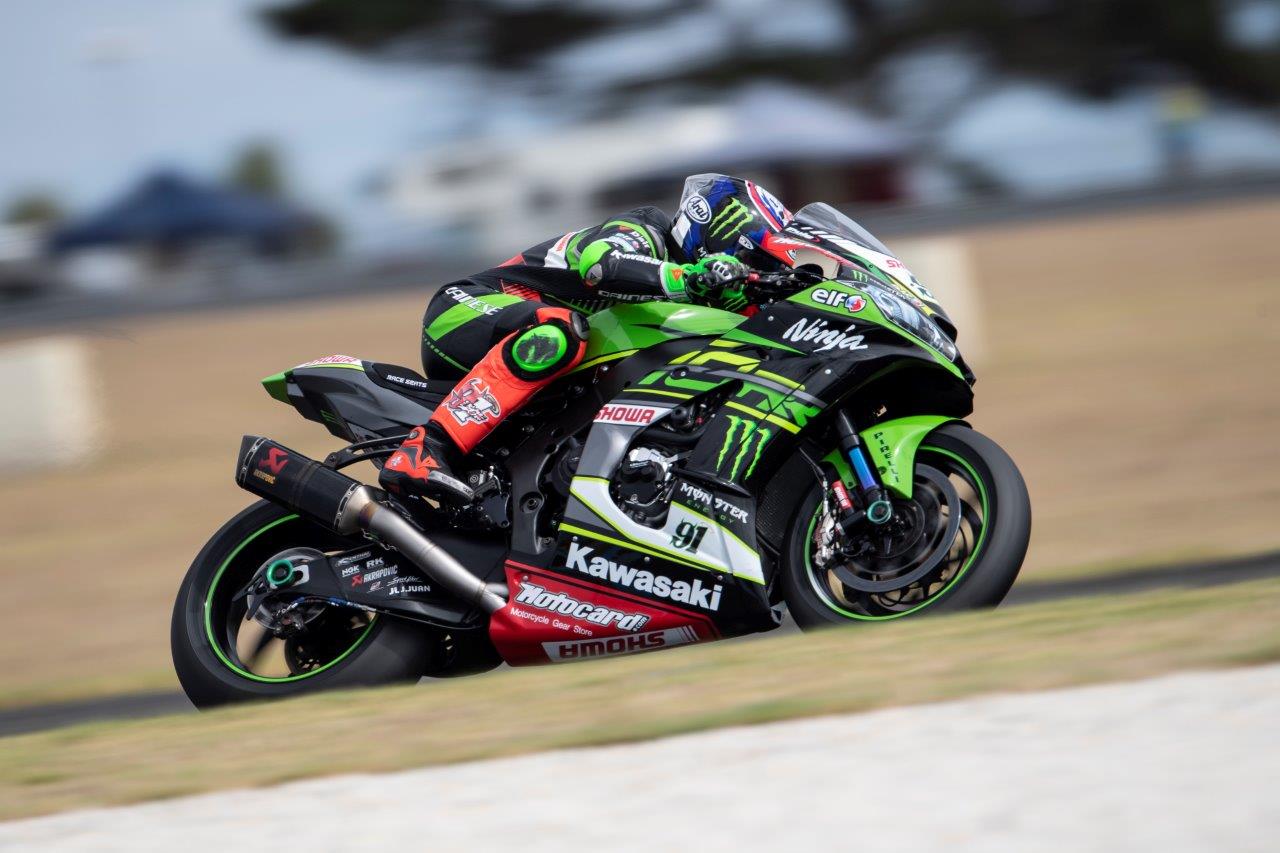 The WorldSBK riders will now rest up and prepare for a massive Saturday: final practice is at 10:00am, before Superpole qualifying at 12:15pm and then the opening 22-lap race at 3:00pm.

Tickets and on-circuit camping available via Ticketek or at the Gate from 8am Saturday and Sunday. Camping is 24 hour access via Gate 2.