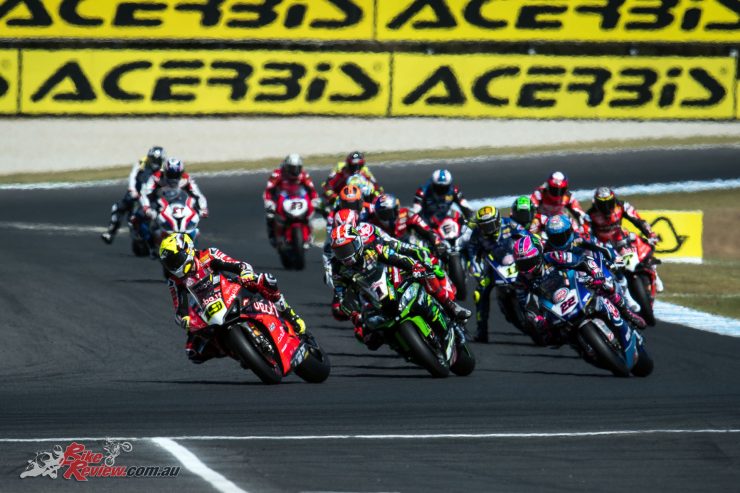 Spanish superstar Alvaro Bautista (Ducati) has won the first ever sprint race (also being called the Tissot Superpole Race) in the MOTUL FIM Superbike World Championship, winning today’s 10-lapper at the Yamaha Finance round at Phillip Island ahead of Kawasaki pair Jonathan Rea and Leon Haslam. 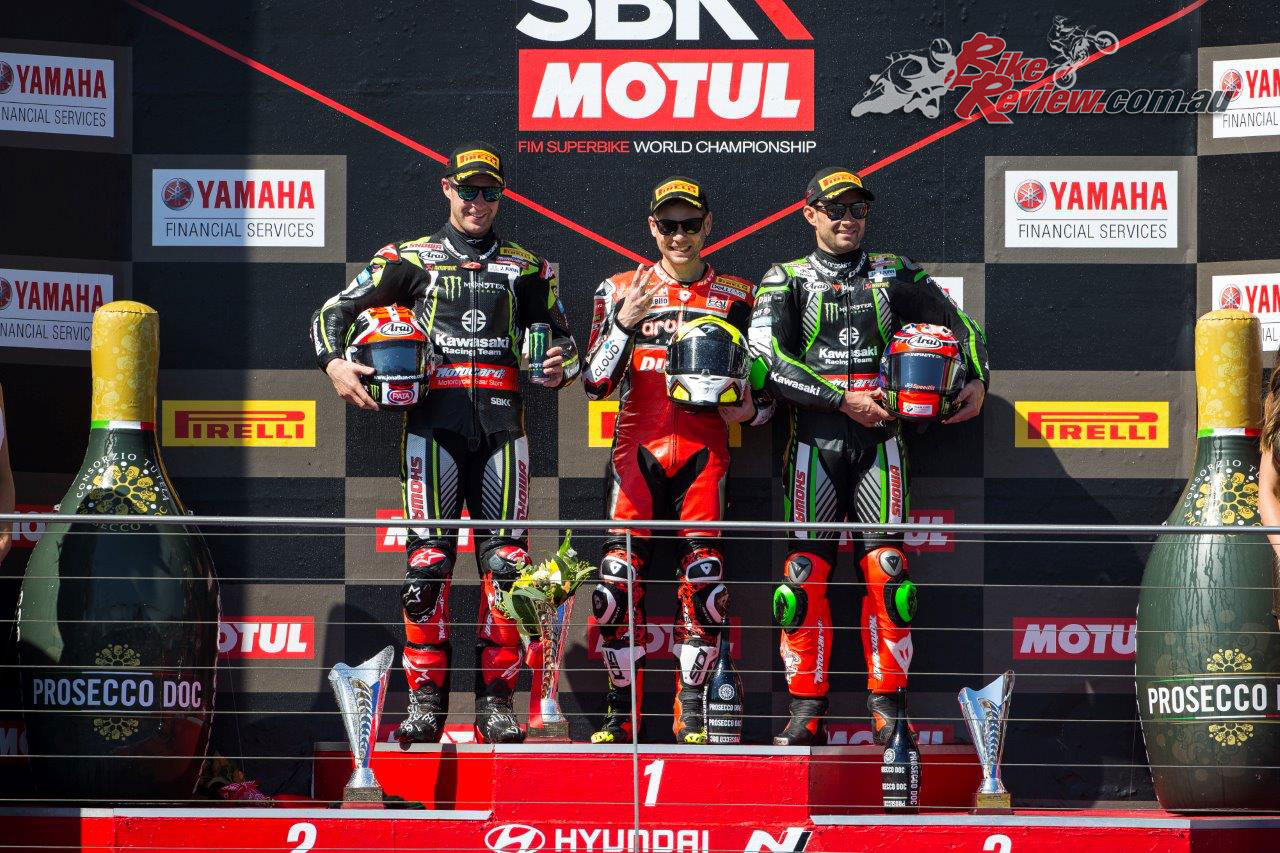 Alvaro Bautista on the podium, with Rea and Haslam at WorldSBK Round 1 at Phillip Island

He followed the Sprint victory up with another dominating performance in Race 2, making for a dream debut in WorldSBK, only conceding pole position to Jonathan Rea.

Just a day after becoming the first rider to win his maiden WorldSBK race, Bautista was again at the peak of his powers on the all-new Ducati Panigale V4 R, although world champion Rea didn’t let him have it all his own way. 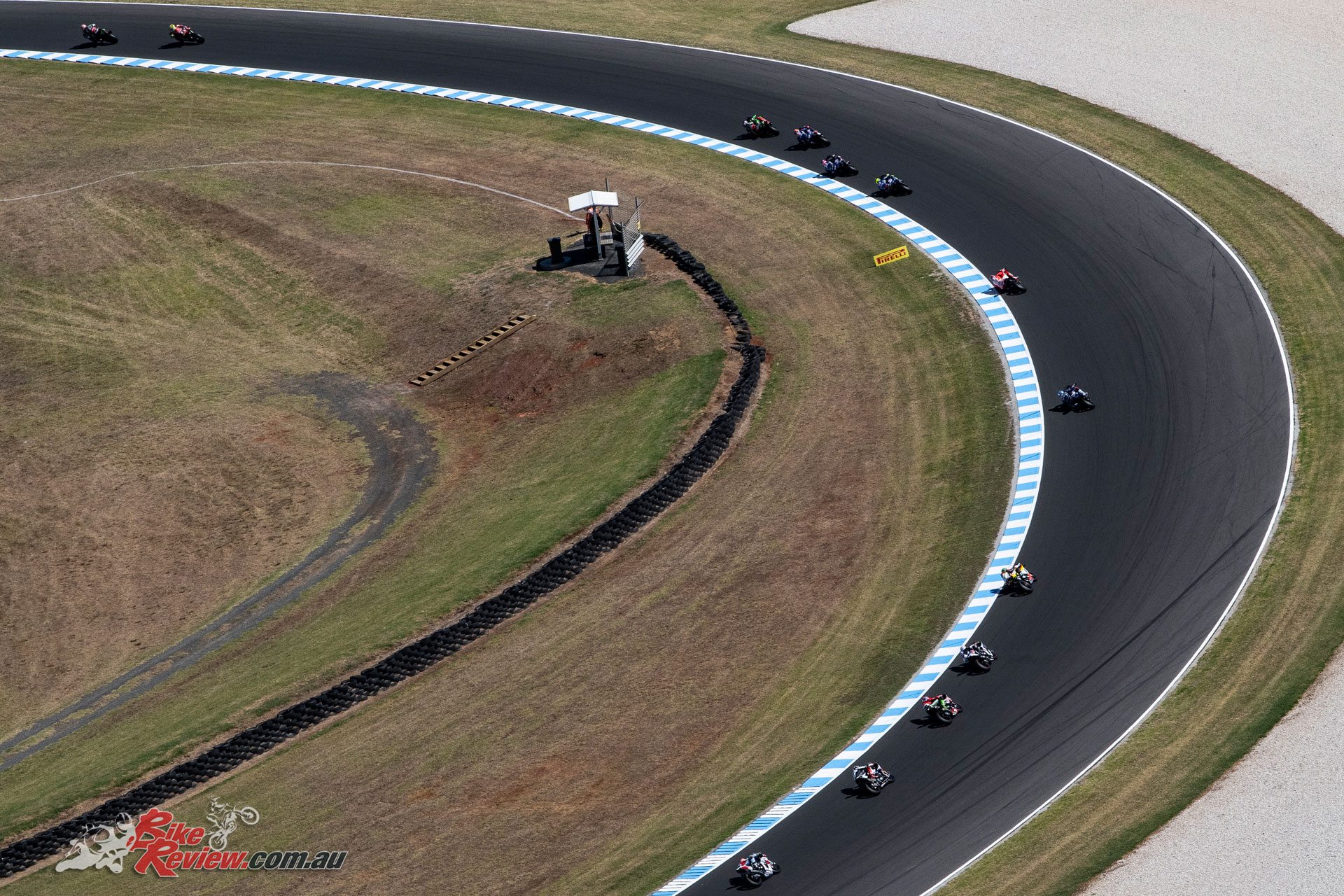 Rea led over the line on the opening two laps and then edged his ZX-10RR in front a few more times before Bautista eventually control – but that didn’t stop the Northern Irishman setting a new lap record of 1min30.075secs on lap eight at an average speed of 177.65km/h. 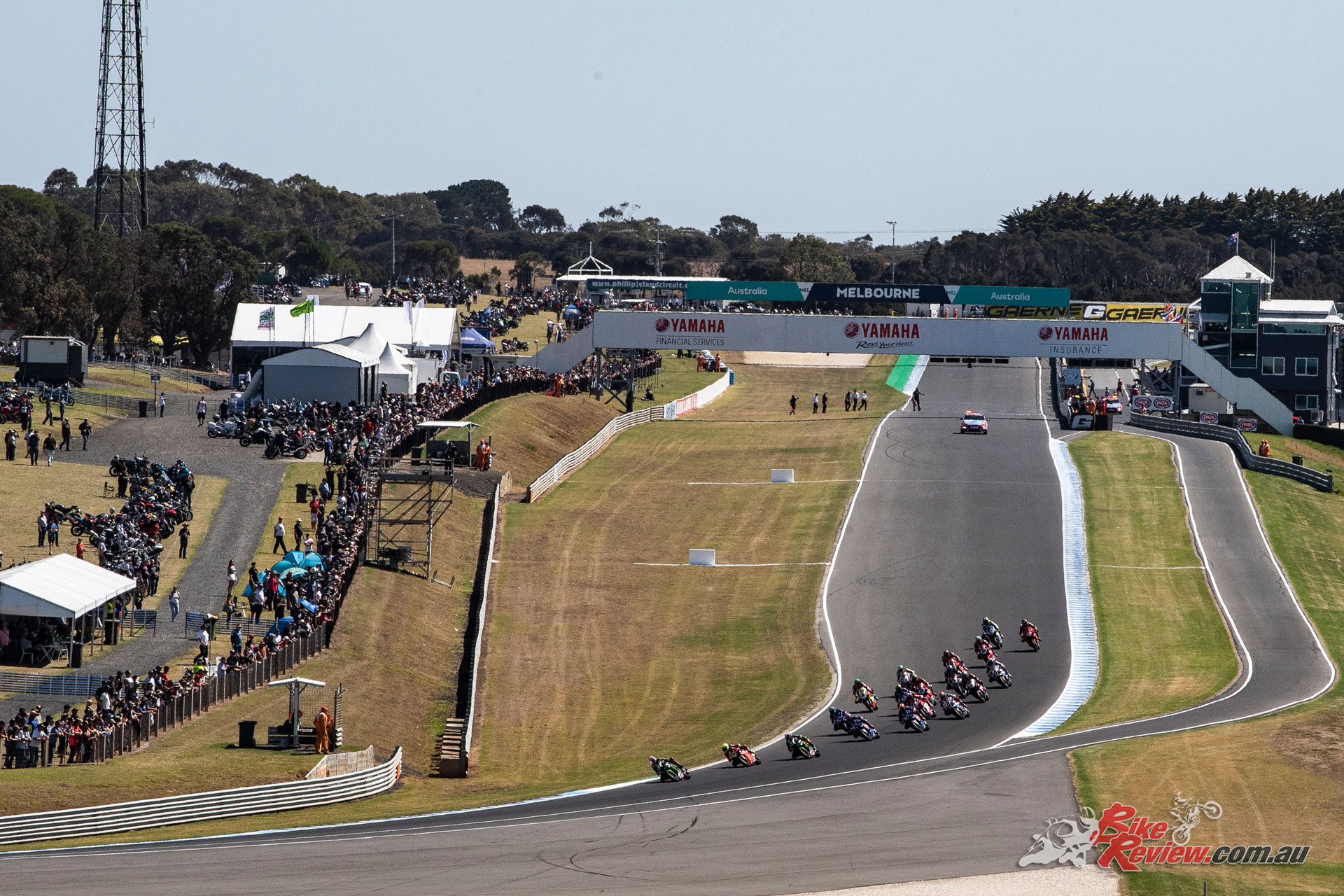 That obliterated the previous record of 1:30.848, set by Marco Melandri in 2018. In fact, the existing lap record was broken 17 times in race two: Bautista and Rea both six times, and Haslam five times.

Bautista won by 1.176 seconds over Rea, with Haslam another four seconds arrears in third, saying, “I enjoyed today’s race more than yesterday because I had a good battle with Johnny,” said Bautista. “I expected a strong fight, and the pace was very strong because we didn’t need to worry about tyre consumption.” 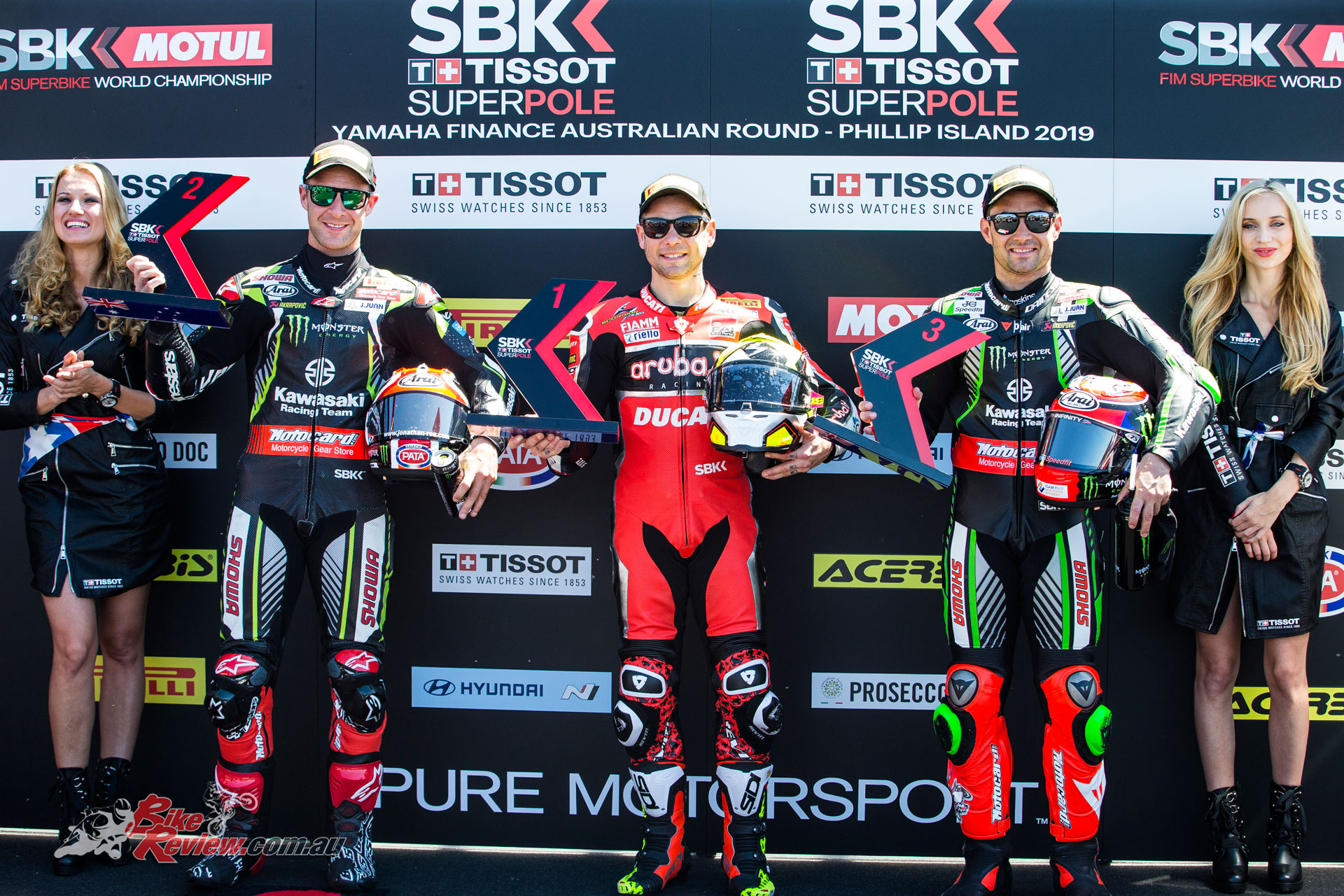 Alex Lowes then led a freight train of Yamahas across the finish line, as he finished fourth ahead of Michael van der Mark, Melandri and rookie Sandro Cortese. Ducati trio Michael Rinaldi, Eugene Laverty and world No. 2 Chaz Davies completed the top 10, while Aussie Troy Herfoss (Honda) was 16th.

Meanwhile, there was a three-way crash at turn four on the last lap between Kawasaki men Jordi Torres, Leandro Mercado and Toprak Razgatlioglu, with Torres the only one able to remount and finish 17th.

Debutante, Ducati’s Alvaro Bautista, has stunned the World Superbike paddock after decimating the field in a clean sweep of three race wins in the opening round of the 2019 MOTUL FIM Superbike World Championship at Phillip Island. 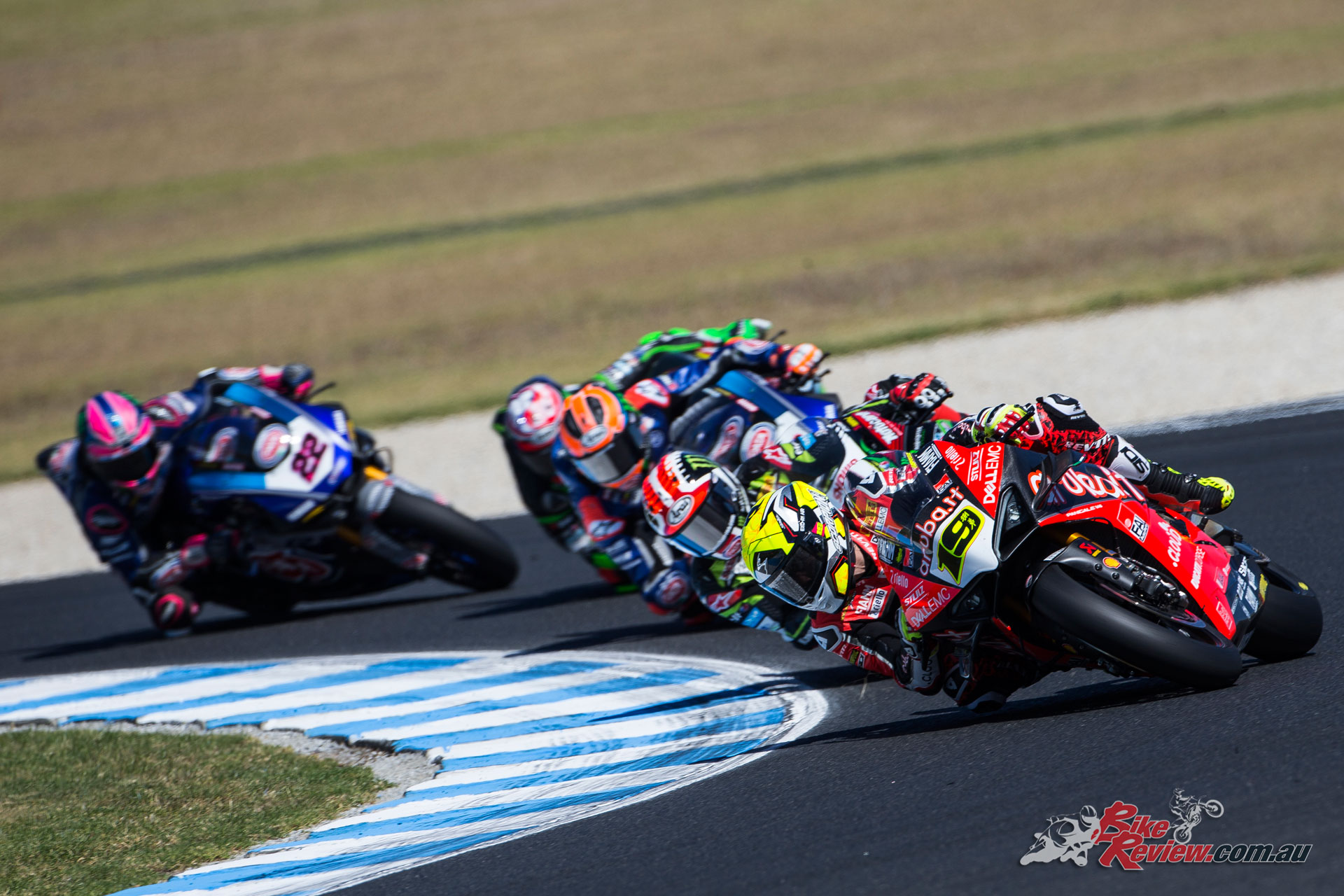 WorldSBK Round 1 at Phillip Island

Just like he did in yesterday’s longer Race 1 at the Yamaha Finance round, the 34-year-old Spaniard got the holeshot from the front row of the grid in the last World Superbike race of the day and was untouchable on the Panigale V4 R.

He increased his lead by about one second per lap over the battling Kawasaki pair of Jonathan Rea and Leon Haslam, and coasted over the finish line to make it three wins from as many starts. As well as the clinical victories in the two 22-lap races, Bautista also prevailed in the all-new 10-lap sprint race, which was held earlier today. 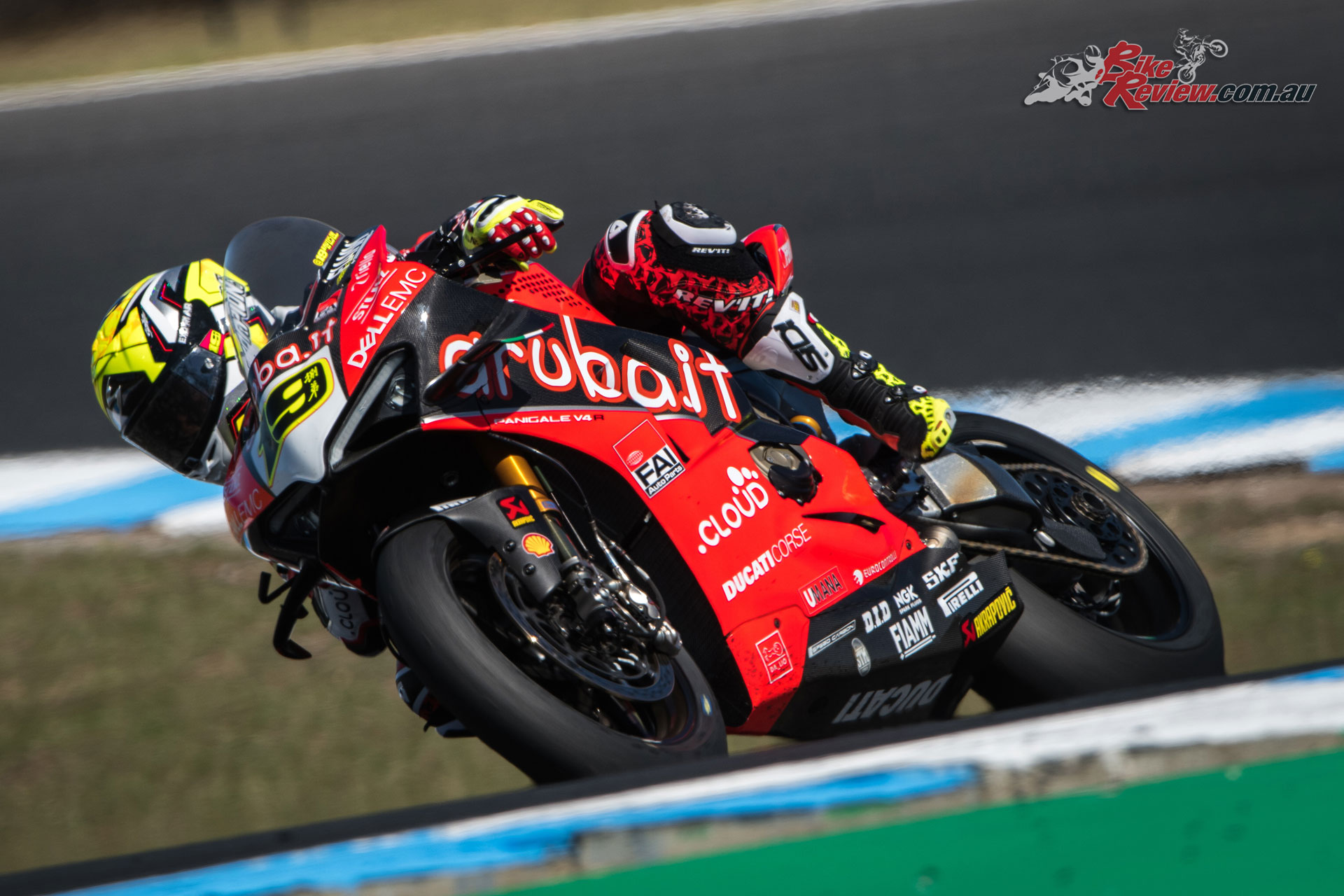 With Bautista doing as he pleased at the front, the main interest in race three was the hard and clean battle between Rea and Haslam, with Melandri also latched onto the Kawasaki pair for a number of laps. 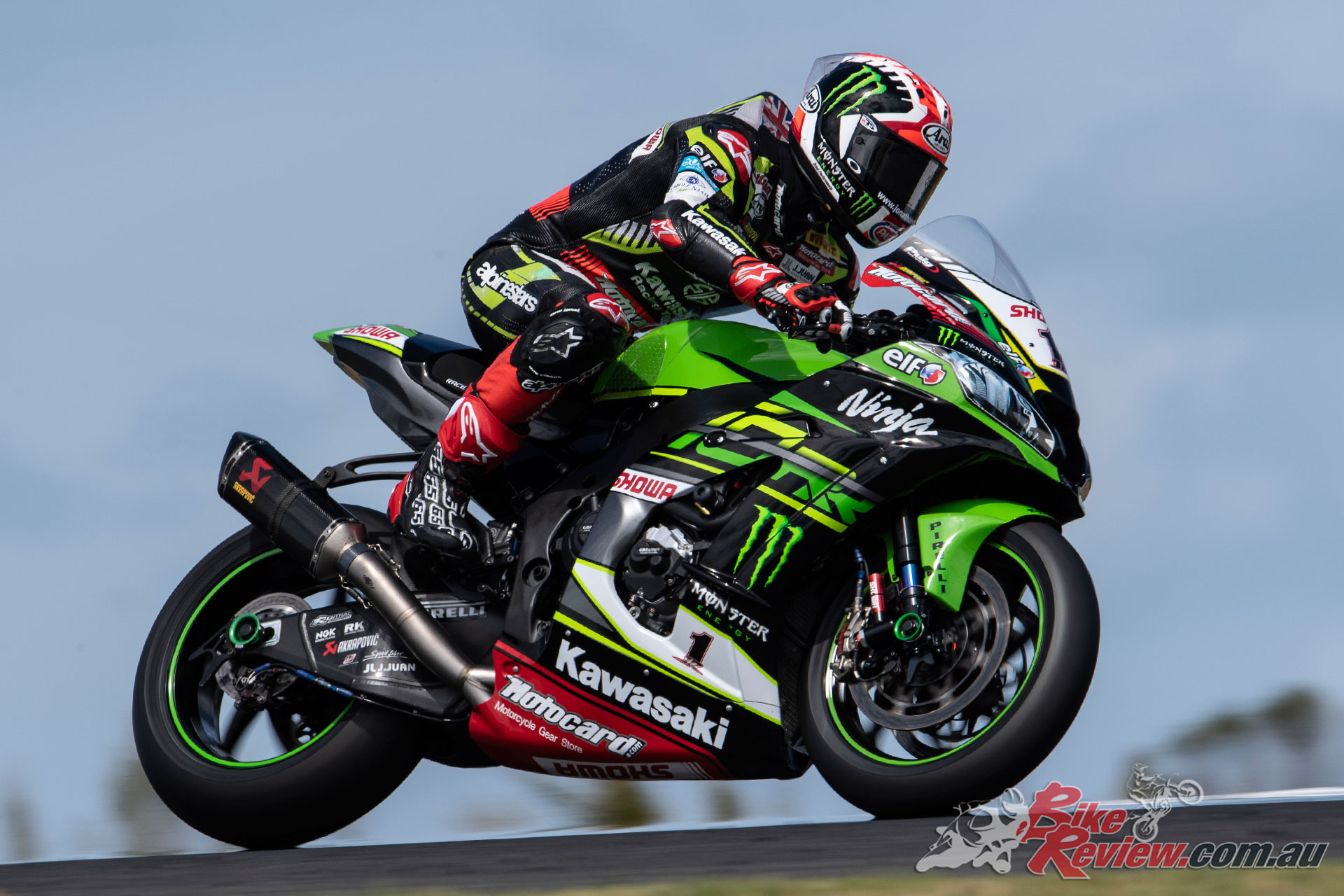 Jonathan Rea – WorldSBK Round 1 at Phillip Island – Image by Geebee

Rea managed to build a small but decisive break on the final lap, while Melandri had fallen into the clutches of van der Mark and Lowes – ultimately being bested by both of them.

Sixteen riders made the distance in race three, with Toprak Razgatlioglu (Kawasaki) and Aussie Troy Herfoss (Honda) pulling out with mechanical issues, while Alessandro Delbianco (Honda) crashed out. 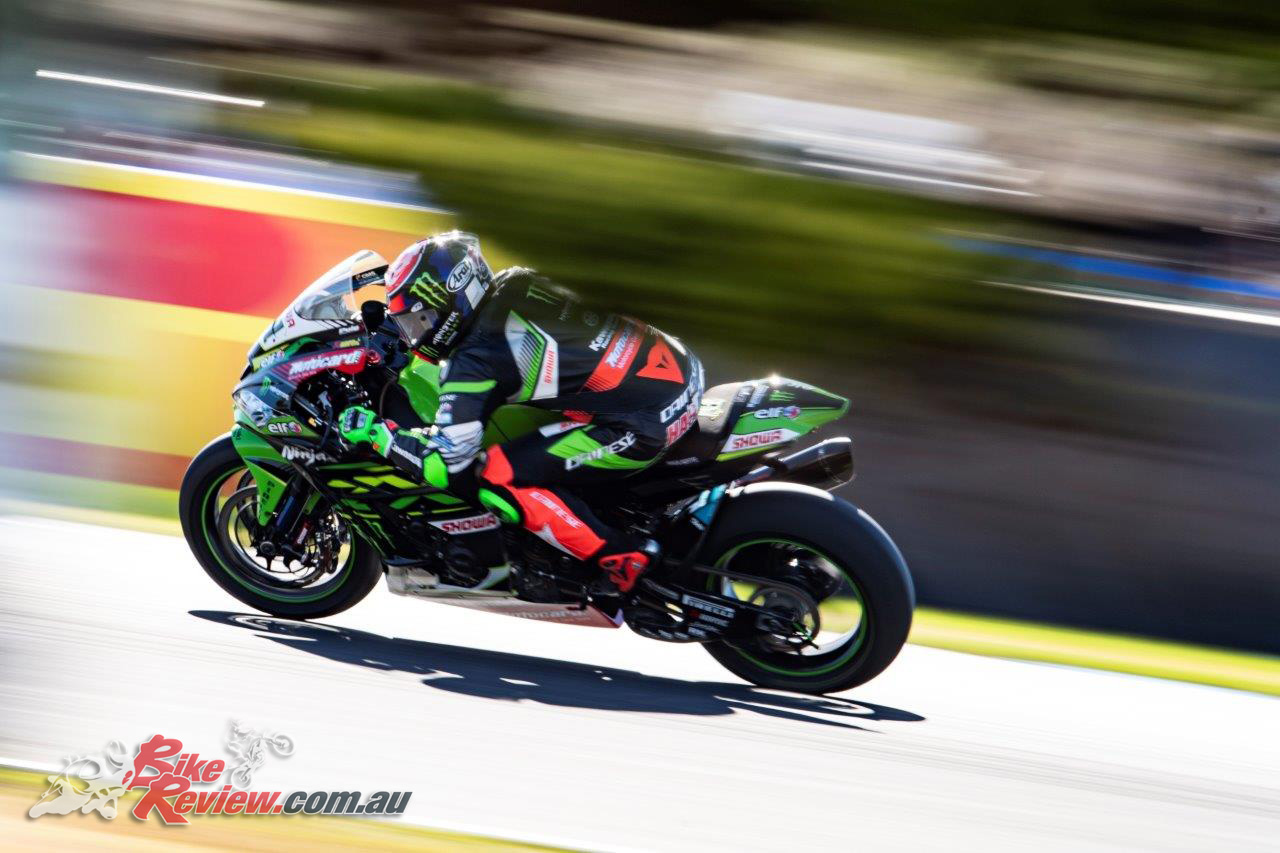 Leon Haslam – WorldSBK Round 1 at Phillip Island – Image by Geebee

The next round will be held at the Chang circuit in Thailand from March 15-17.

WorldSBK Championship standings after Round 1