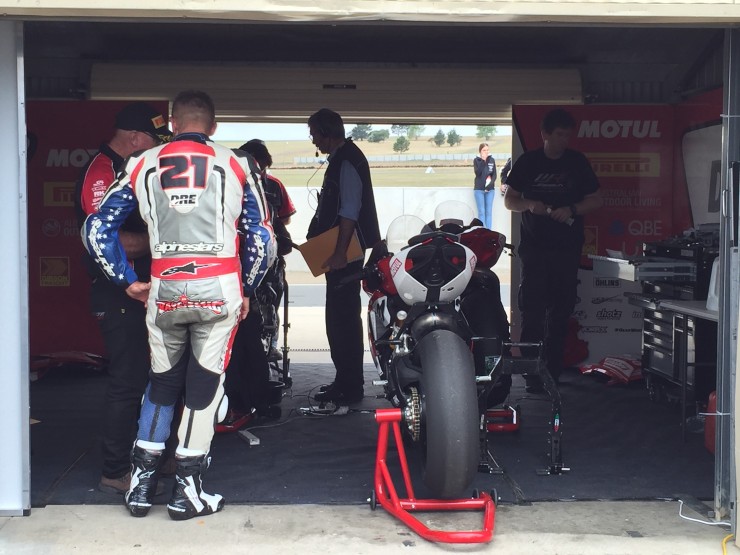 Bayliss back out on track at Round 2 of ASBK

Well it wouldn’t be the 2016 Yamaha Motor Finance Australian Superbike Championship presented by Motul Pirelli, without bikes buzzing around, but it was three-time World Superbike champion Troy Bayliss who took advantage of thefestivities, hitting the track for the first time in a year, and for the first time at Wakefield Park Raceway.

With spectators lining the fence and other competitor’s scattered down pit wall, they saw the return of a great legend and an ASBK Ambassador, back out on track in what he described as a ‘wonderful feeling’ when he stepped off the bike smiling. 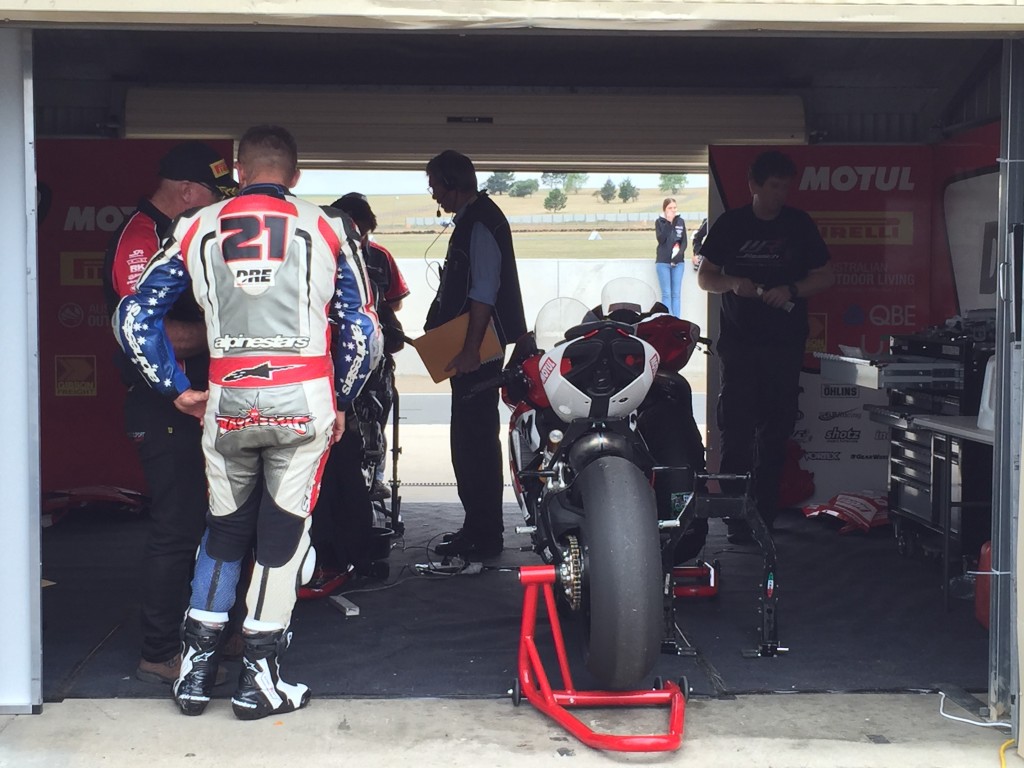 In true Bayliss form, the racer was once again revealed, as he and the team got straight into perfecting the bike setup, only moments after the bike was pitted, the excitement shown clearly on his face.

“It’s my first time at Wakefield Park and the first time on the bike in a year! I was just smiling getting my gear on knowing that I was going to have a ride and it was really nice to go and do a few laps,” he said.

“The main goal was to do a few laps on the two up bike because I am going to be taking some passengers on the bike, and I haven’t been to the track before.

“I really enjoyed the track and I am really excited about the whole ASBK this year, and it’s already looking really good, so everyone is quite happy!”

Troy Bayliss will join ASBK ambassadors Shawn Giles and Steve Martin this weekend, hosting competition winners for pillion rides on the back of their bikes for the experience of a lifetime.