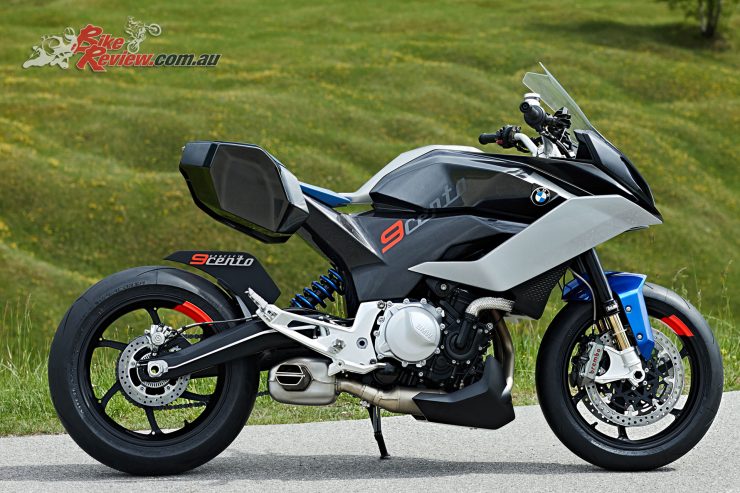 At this year’s Concorso d’Eleganza Villa d’Este, the BMW Group provides a look ahead to what a next generation Adventure Sport model might look like: The BMW Motorrad Concept 9cento (pronounced ‘nove cento’) combines emotion and performance with an adventurous spirit, agility and riding fun to create the ideal sports touring bike.

Whether motorways, Alpine passes, narrow alleyways through remote villages or simply seeing and being seen in front of the café on the market square – the BMW Motorrad Concept 9cento is the choice for a spontaneous trip to Lake Como – as well as for the surrounding landscape and far beyond. 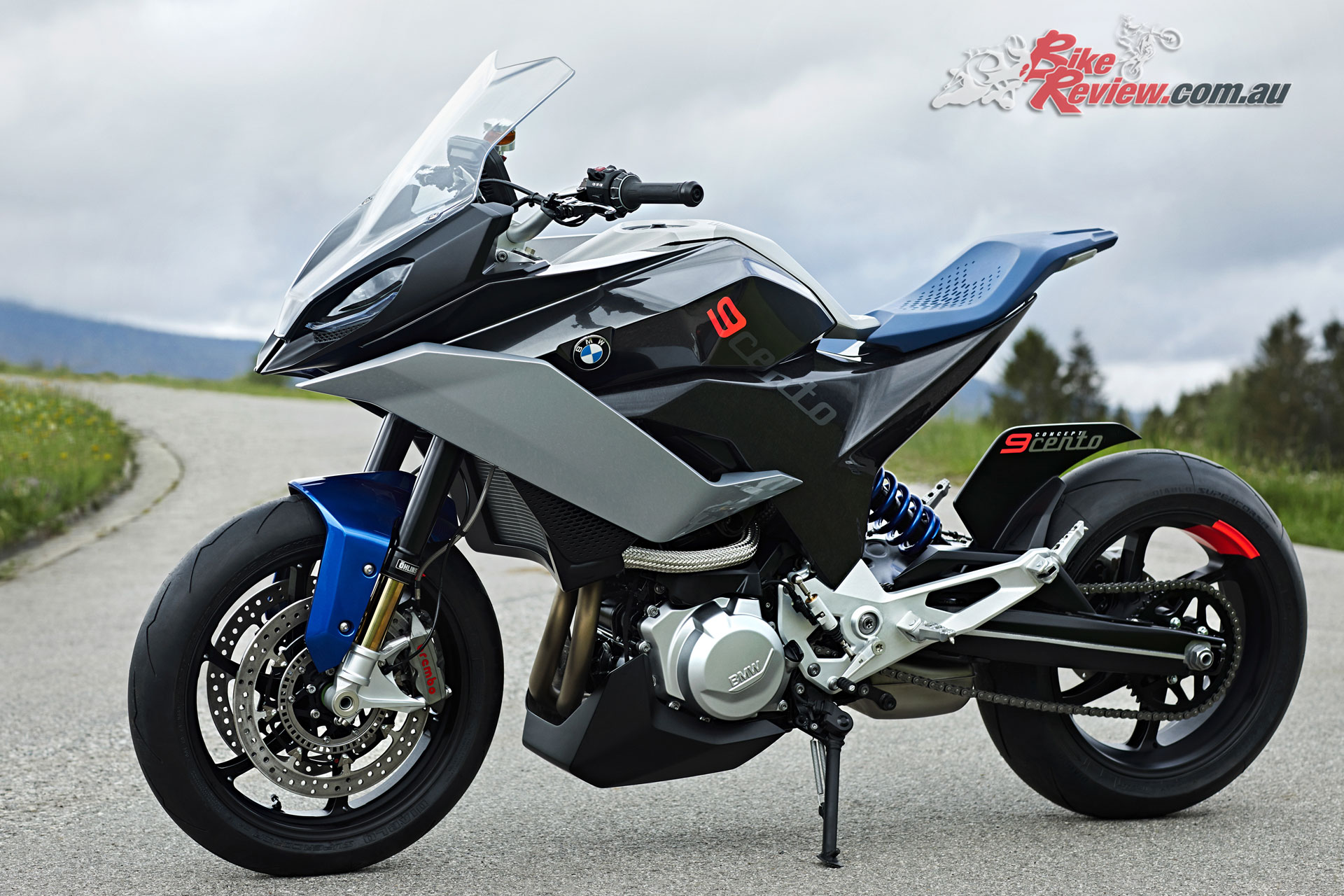 The BMW Motorrad Concept 9cento presents a smart concept for the future. “It doesn’t always have to be about ‘bolder, bigger, brighter’ nowadays: this concept bike focuses on achieving a sense of balance,” says Edgar Heinrich, Head of Design BMW Motorrad. “We’ve created a bike that combines the appropriate power with reliable sports touring properties and above all lots of riding fun, so it’s an attractive overall package. It brings together the best of the sports, adventure and touring segments to produce an exciting concept – in a class which has not seen this kind of model from BMW before. 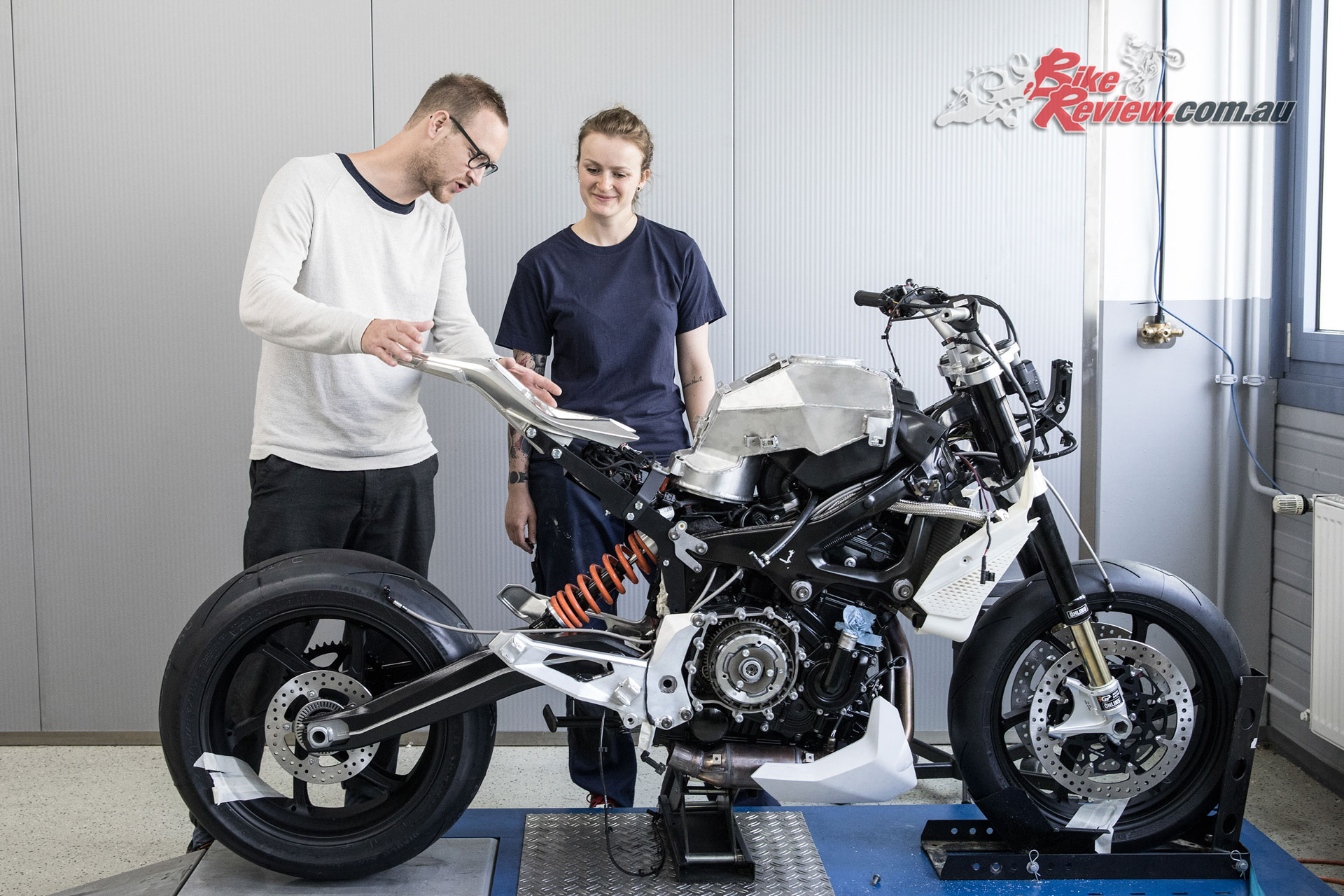 “The BMW Motorrad Concept 9cento is our interpretation of a modern all-rounder for the new midrange segment,” explains Heinrich, and he adds: “Functional properties such as touring capability, storage space and wind/weather protection are relevant to most motorcyclists but they’re rarely included in the design of a concept vehicle. In this year’s concept bike we’re demonstrating that all these rational aspects can be coupled with a dynamic design to create something really exciting and highly emotional.”

With its compact silhouette, the BMW Motorrad Concept 9cento conveys agility and lightness at first sight – its proportions simply make you want to get on and ride off. The basic sporty configuration with lots of volume near the front wheel and a short high rear promises riding fun and agile handling. The striking styling of the fairing, fuel tank and frame further highlights the focus on the direction of travel. Here, the three-dimensional modelling of the fuel tank area especially comes into its own as a result of the paint finish with reflective chrome effect. 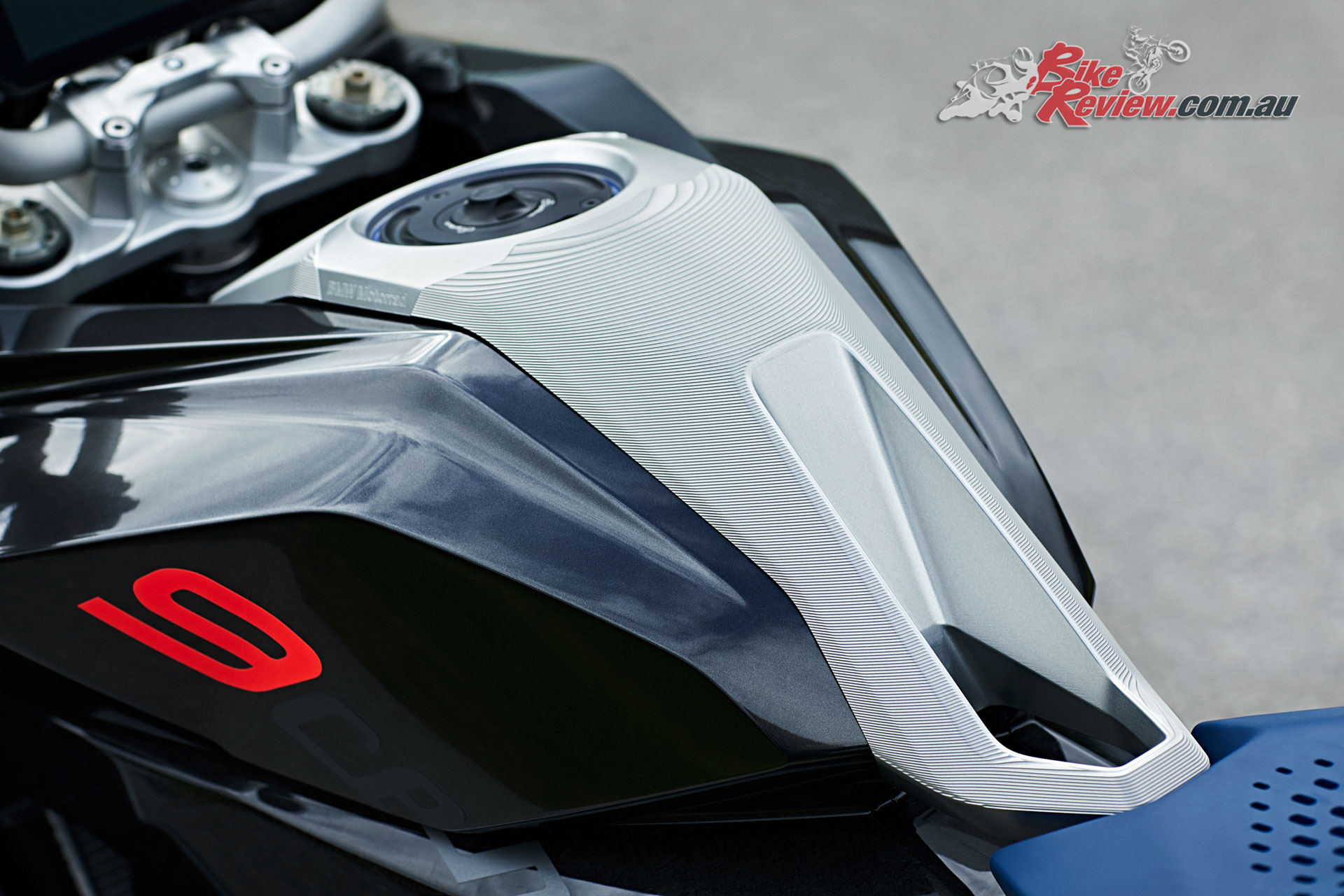 The hovering side panel in Pure Metal Silver is typical of the Adventure Sport segment and is highly recognisable. On all aluminium parts such as the central tank cover, the rear carrier and the footrest holder, the milling is directed towards the front wheel. This finely grooved surface structure is only apparent on close inspection and has the effect of a topographical elevation relief.

The suspension is designed to be ideal for touring. A long spring travel ensures ride comfort and gives the bike a sense of light-footedness. Meanwhile the windshield and fairing ensure excellent wind and weather protection. The ergonomic controls and relatively low, upright seating position are two additional key factors that contribute to perfect riding fun over long distances. 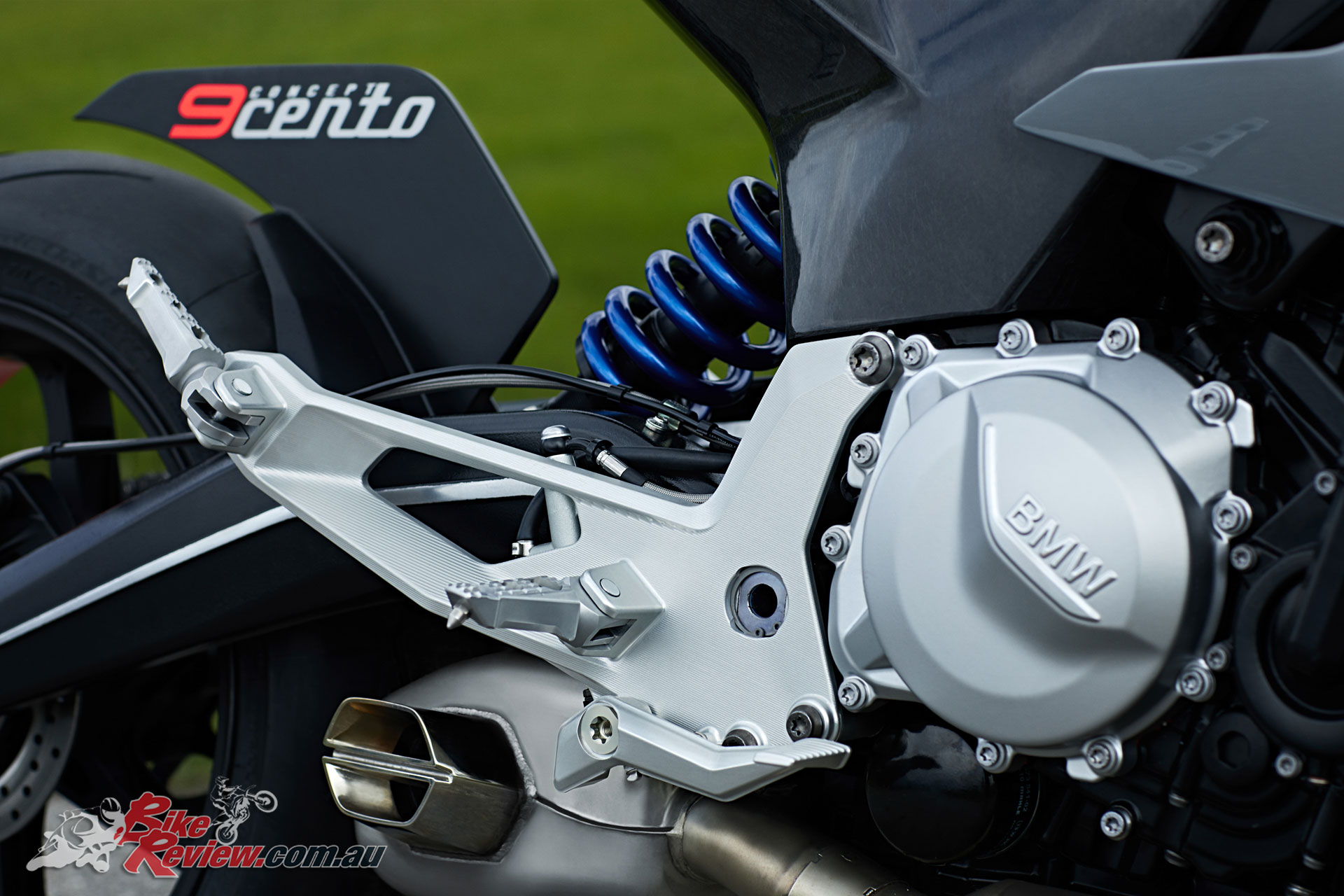 The frame triangle of the BMW Motorrad Concept 9cento is reinforced with CFRP fleece: it not only reduces the bike’s overall weight but also links the three-dimensional design of the front trim to the aluminium rear carrier. The latter is milled and likewise geared consistently to weight reduction, consisting solely of the required support structure. The visible opening between the frame triangle and seat further highlights the lightweight construction principle. Innovative case system guarantees high flexibility.

One particular highlight of the BMW Motorrad Concept 9cento is the innovative storage space concept comprising a clip-on case element. The double case not only offers storage space, it also extends the seating area for the passenger. It is hooked into the rear carrier from above if required, and there is a powerful electromagnet that attaches the element securely to the lower section of the rear carrier. 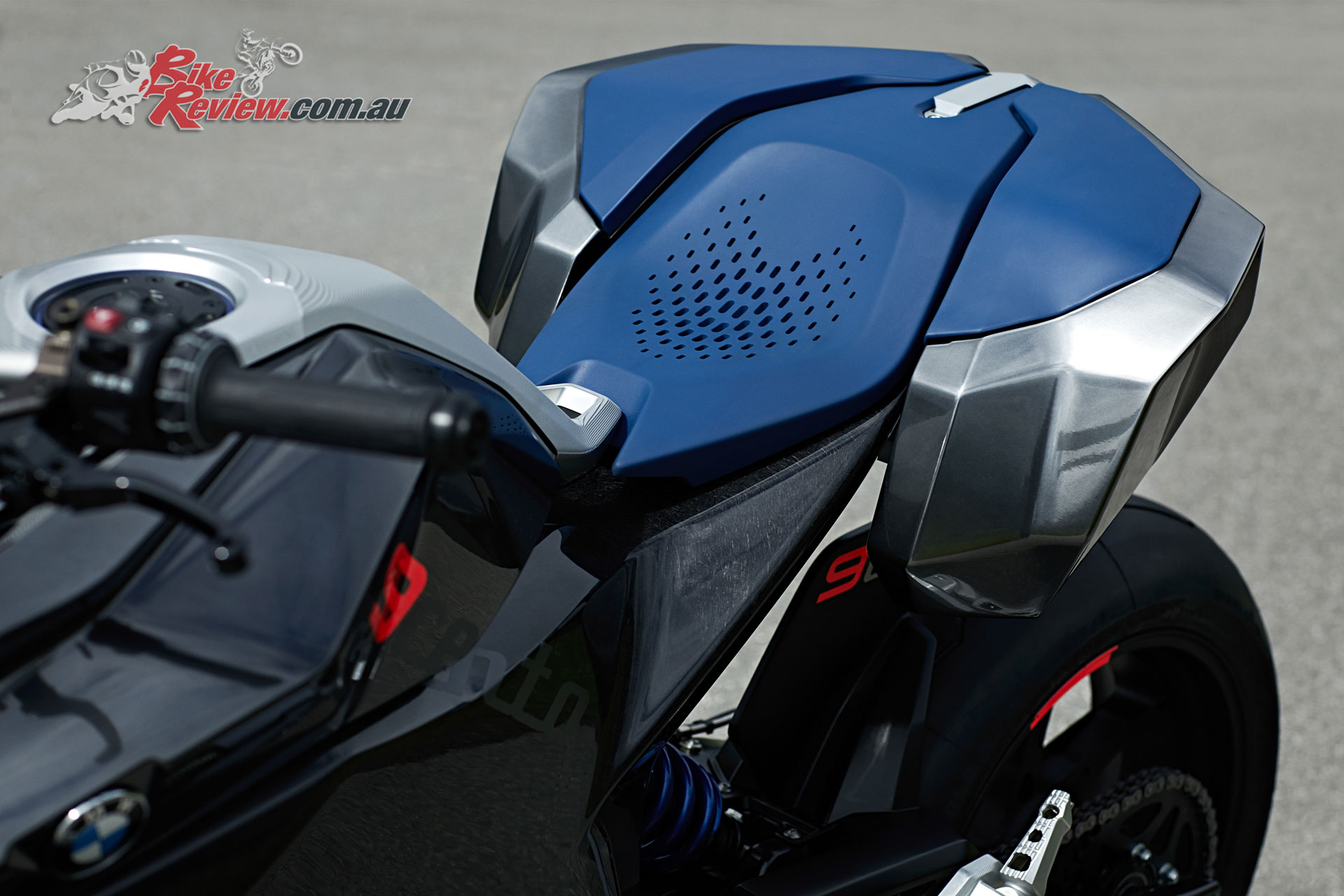 This system makes it possible to have two functional versions of the same bike. Without a case, the BMW Motorrad Concept 9cento has maximum agility and perfectly meets the rider’s needs in terms of riding fun; with the cases, the concept bike is transformed into a touring motorcycle that is also well equipped to carry two people. The case system is harmoniously integrated in the concept bike’s styling, reflecting the high-quality, holistic approach of BMW Motorrad design. 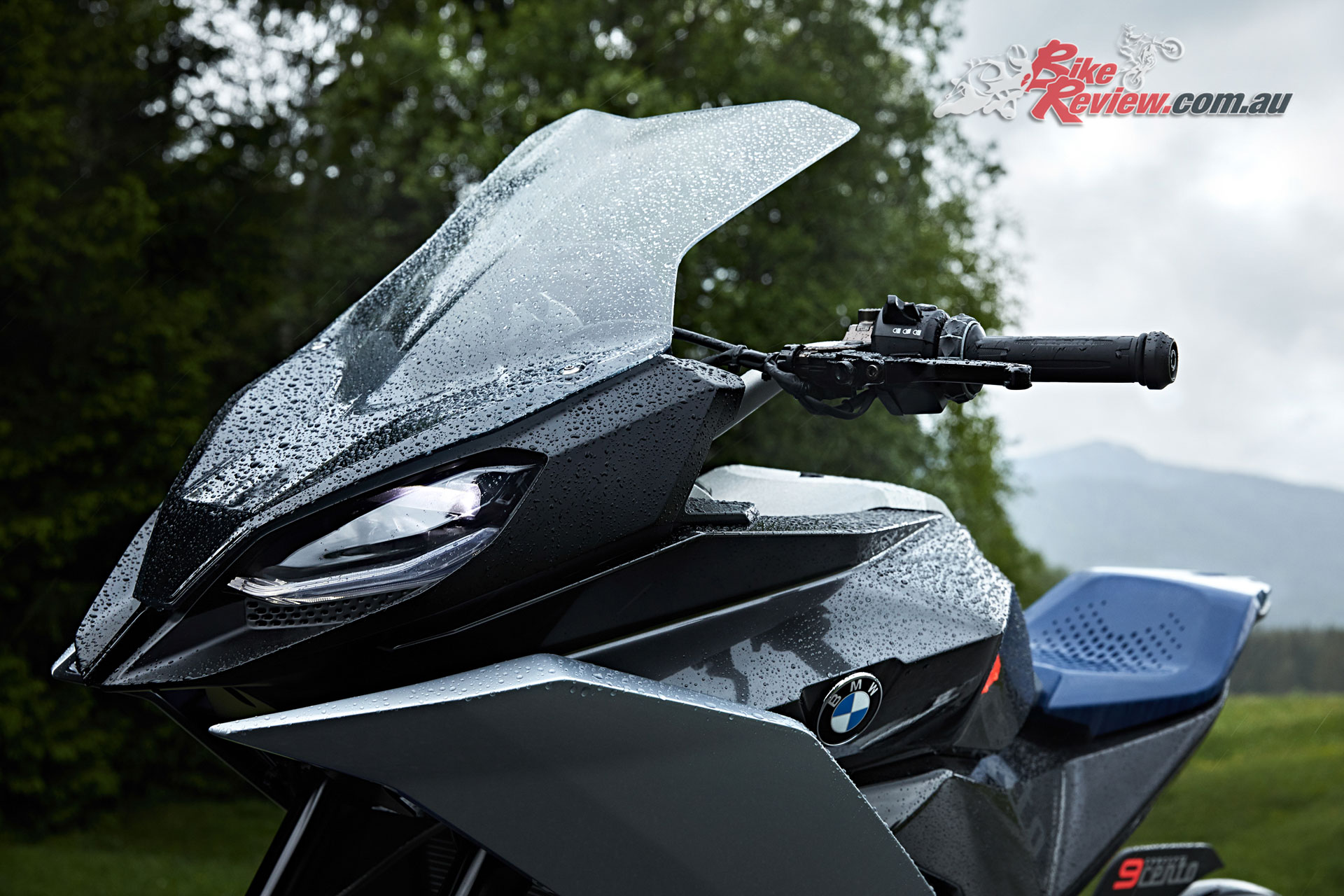 Each of the two elements has an iconic LED daytime riding light in the lower section with a flat, dynamic U shape, while two compact LED lenses on each side provide the low and high beam. This creates a hallmark lighting design that makes the concept bike instantly recognisable as a BMW motorcycle – both during the day and at night.

The rear lights are just as distinctive in design as the front lights: the two LED elements are integrated underneath the seat and feature the familiar BMW Motorrad design motif of the two C shapes facing each other in a technical look. This means they fit perfectly in the narrow, well-defined rear silhouette, capturing the essence of the BMW Motorrad Concept 9cento in a nutshell. 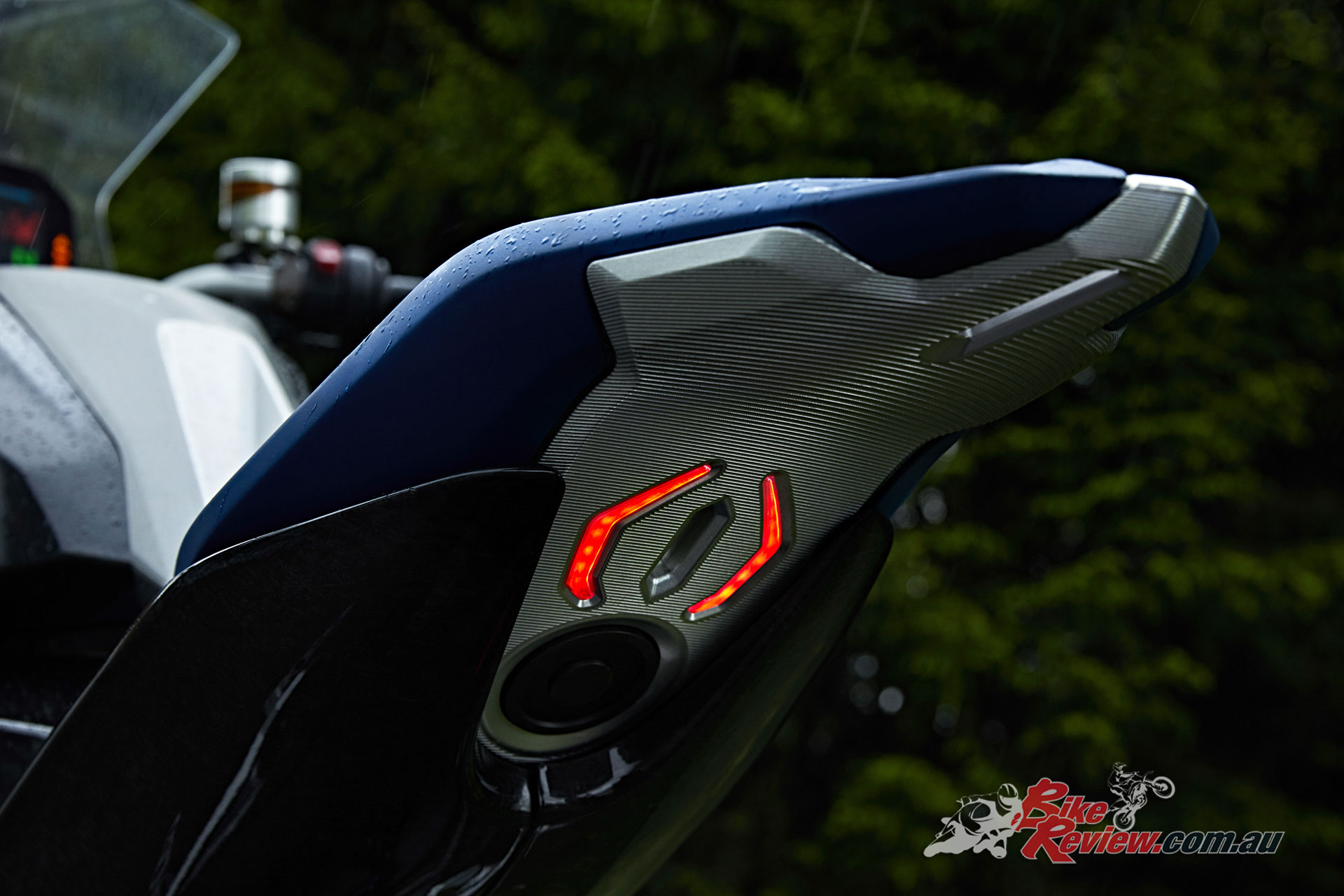 Two motorcycling jackets have been developed to go with the BMW Motorrad Concept 9cento. They each reflect the concept bike’s properties with their refined mixture of leather and Kevlar fabric: Sport and Touring.

The sporty version features striking colouring in black, blue and white. The protectors integrated in the shoulders are particularly prominent. They are produced by means of 3D printing. The second jacket is light grey and reflects a style geared more towards urban chic, featuring a very soft leather with a highquality feel. 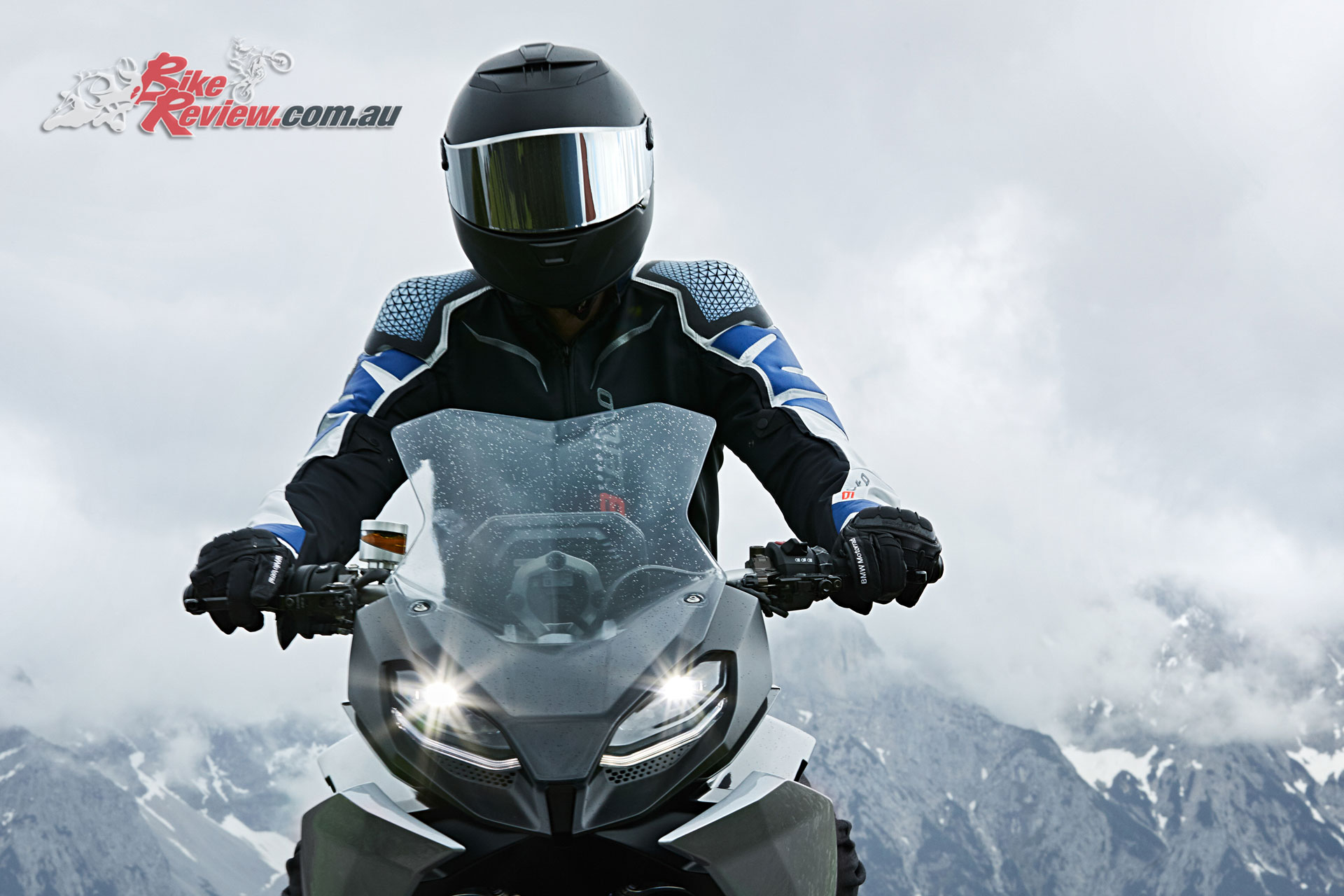 Both jackets bear the “9cento” signet clearly visibly, thereby rounding off the presentation of the BMW Motorrad Concept Bike at the Concorso d’Eleganza 2018.

The BMW Motorrad Concept 9cento has the potential to expand today’s notion of a modern sports touring bike by adding smart functionality. Practical properties are interpreted in an emotional design, though without neglecting agility and riding fun.