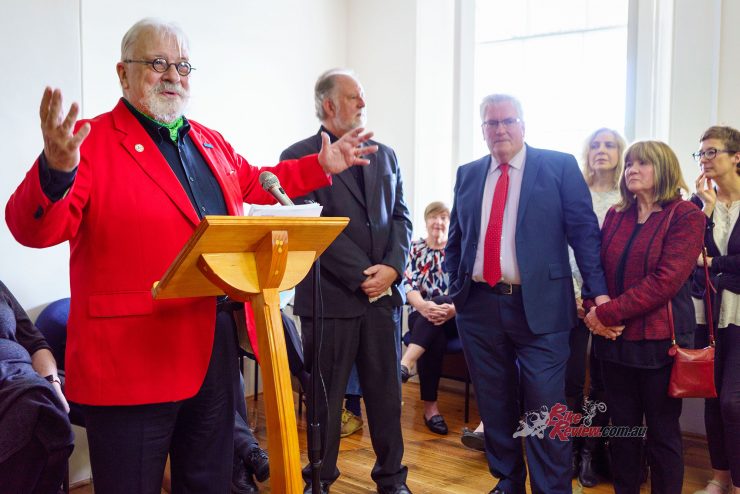 Australia’s only scooter-riding, shock-absorber-selling, movie star French Mayor hung up his Honda SilverWing in April. Not literally; Bertrand Cadart handed it over to the Swansea local history museum in his old municipality of Glamorgan Spring Bay on Tasmania’s east coast.

It now sits proudly on display along with his riding gear, including some unique French helmets, and the boots from his role as Klunk in the first “Mad Max” movie. 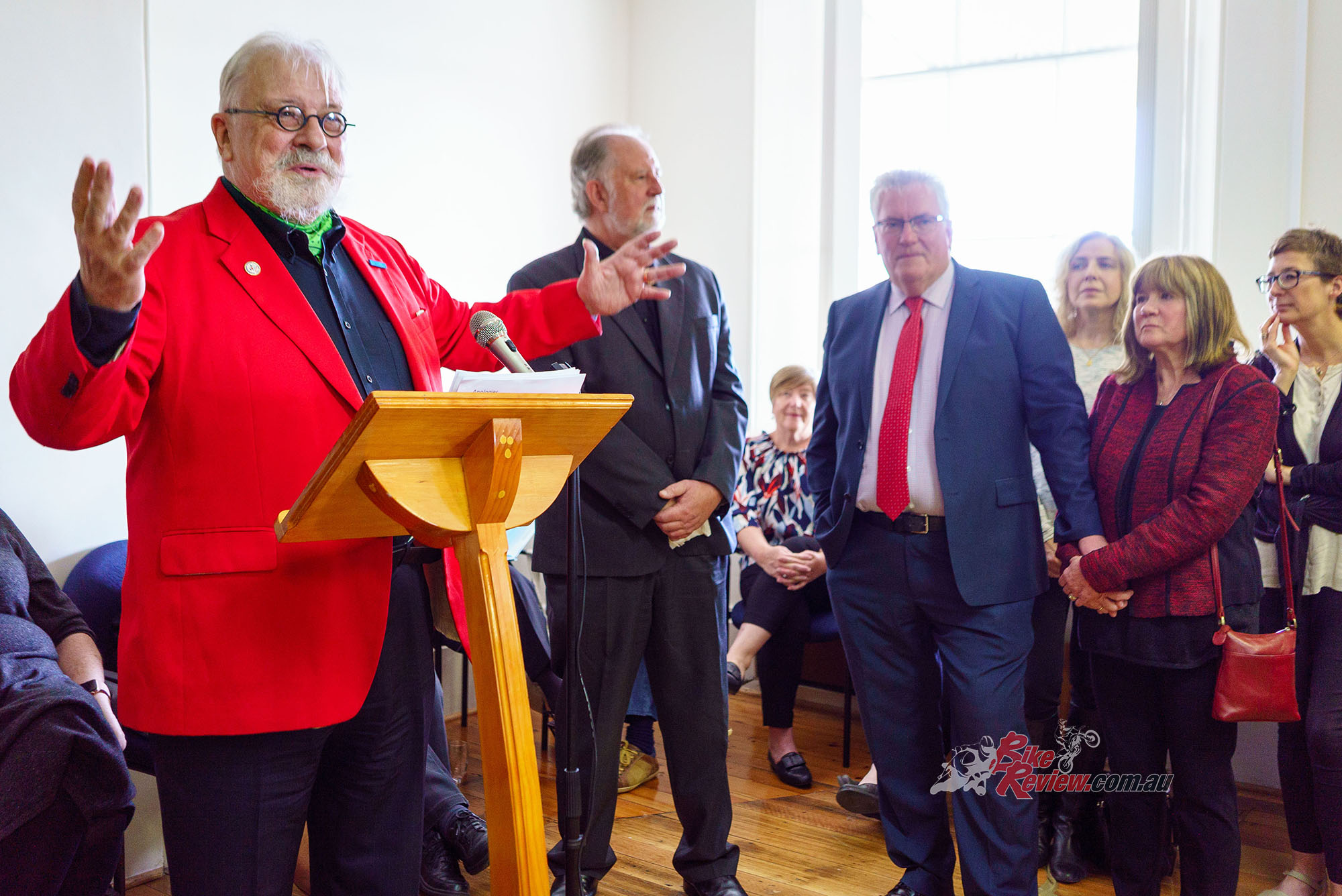 Since rolling ashore in Australia in 1972 aboard a BMW R69S, bought from the Gendarmes in New Caledonia, the Frog (as he became affectionately known) has had a major impact on motorcycling in Australia. He worked as an on-air presenter for Radio Australia’s French-language programs for some years, but in 1976 he decided it was time to make it his life’s work to improve Australia’s motorcycling experience.

To sell the clever, effective fairings he had designed he launched his company La Parisienne. Its frog logo became well-known quickly, and his fairings found themselves fitted to a wide range of bikes. Keep in mind that few motorcycles came from the factory with fairings then, and there were few aftermarket options available. La Parisienne’s products made it more comfortable for many long-distance riders, including the author.

Bertrand didn’t stop there. He contacted Jean-Pierre Fournales in Toulouse, back in his native France, and arranged for the Australian distributorship of the oleopneumatic Fournales shock absorbers, which offer superior compliance and won’t bottom out. Does that sound like an advertisement? Well, we’ve tried them, and we would not go back to any other shocks. Harley-Davidson Softail riders especially have reason to be grateful to Jean-Pierre for adapting his original design fitted to the revolutionary Concorde supersonic aircraft. Bertrand imports the shocks to this day. 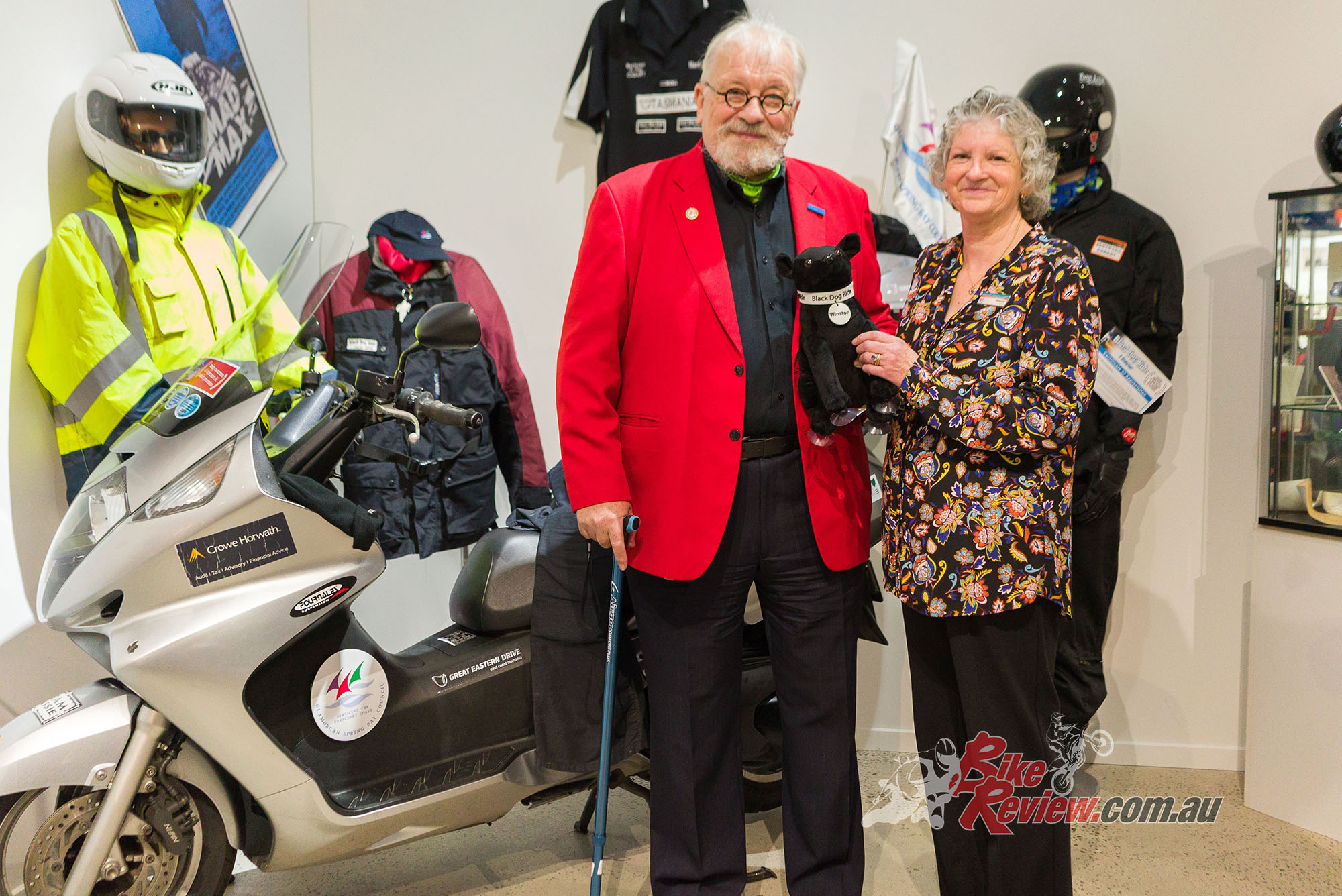 Bertrand regretfully hands over the Honda SilverWing to the director of the East Coast Heritage Museum. The scooter has 65,000km on the clock. Pic: Martin, Madhouse Photography

One of his many, and typically quirky, contributions to the Australian motorcycle scene was the introduction of the Lost Balls Rallies. Instead of the usual rally activities, these centered on a game of golf – but you could only bring three clubs, and you had to carry them on your bike. If you didn’t know one end of a club from the other, you could… throw the ball instead.

Director George Miller came to see Bertrand while he was trying to put together a low budget film to be called “Mad Max”. He needed help with all sorts of bits and pieces, including the appearance of the bikes ridden by the bikie gang which was a central part of the movie. Bertrand obliged with his iconic fairings and a lot more; in the end he even took a part in the film.

At the turn of the Century in a classic example of ‘cherchez la femme’, Bertrand followed a young woman to Bicheno in Tasmania, and found his spiritual home. With a climate similar to France and an opportunity to become involved in civic life, he found Tasmania very much to his liking. He stood for the local council, was duly elected and not long afterwards, in 2007, became Mayor.

He also became a local, national and even international legend. For the locals he created a botanic garden and a boules pitch among many other innovations. Nationally, he turned Glamorgan Spring Bay into Australia’s first motorcycle friendly municipality. Internationally, he starred in European TV programs about Tasmania, and fostered close relations with New Caledonia, where he had served as a French Marine. It’s probably fair to say that he turned Glamorgan Spring Bay into the most famous Australian municipality in the entire world. 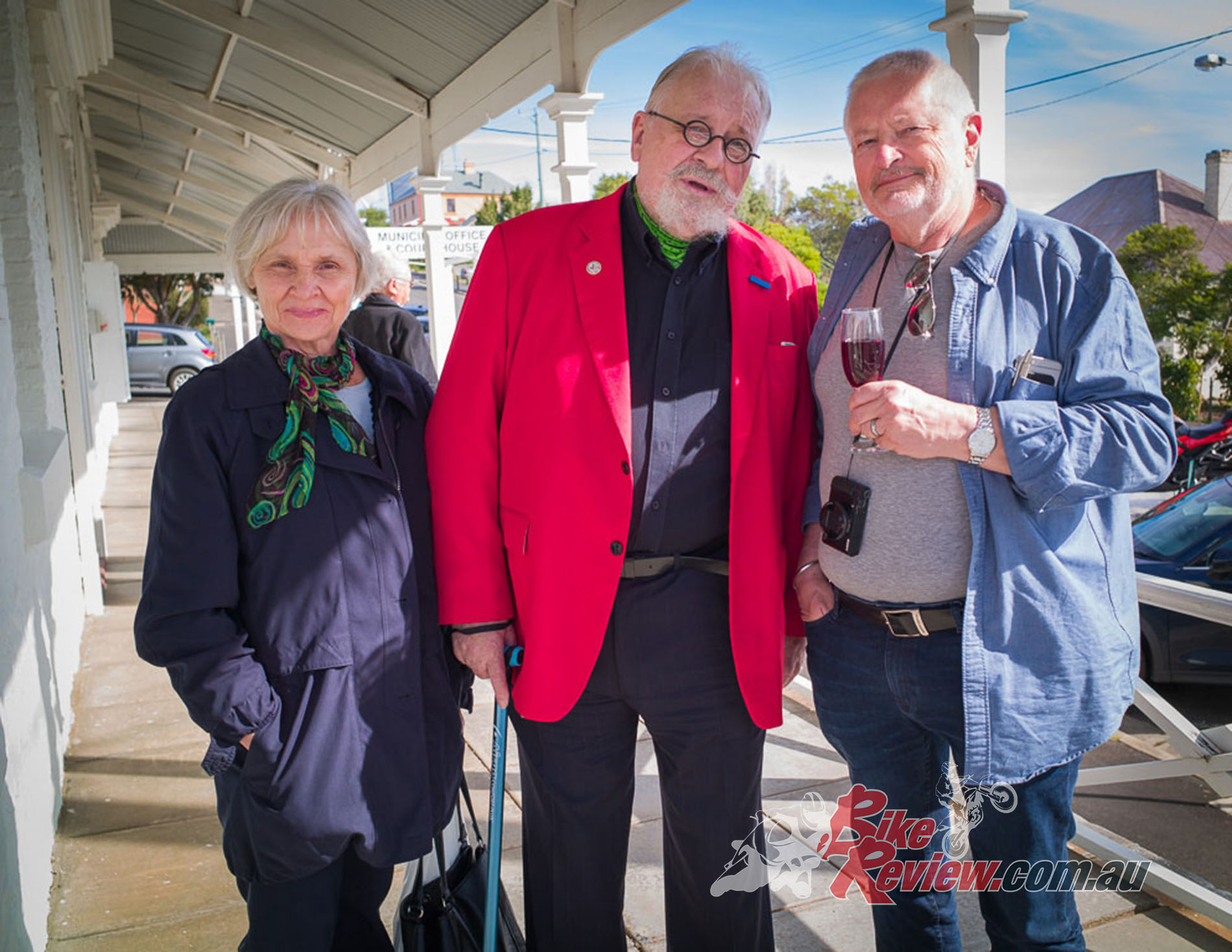 Bertrand with his carer Josefina and Peter “The Bear” Thoeming. The Bear is the one with the glass of red. Pic: Martin, Madhouse Photography

An expatriate Taswegian and personal friend, Stuart Strickland from Honda MPE Australia, saw the opportunity to do a good deed and get some publicity for one of the company’s models at the same time. He lent Bertrand that 600cc SilverWing scooter. Bertrand liked it so much that the municipality bought it.

It became his mayoral transport and also internationally famous. Bertrand put 65,000 kilometres on the scooter and says “I’ve never enjoyed a “motorcycle” more!” He even bought it from the municipality when his term as mayor ended. It’s probably best not to dwell on the speeds with which he visited meetings and other mayoral events…

All good things, as you may have heard, must come to an end. For Bertrand Cadart, family and health reasons dictated a move to Queensland. Even now, whenever he returns to his beloved east coast he breathes deep and his eyes show his regret at leaving. But life goes on, and he while his leukemia allows it, he will continue to help riders to get the best out of their bikes with his Fournales shock absorbers.