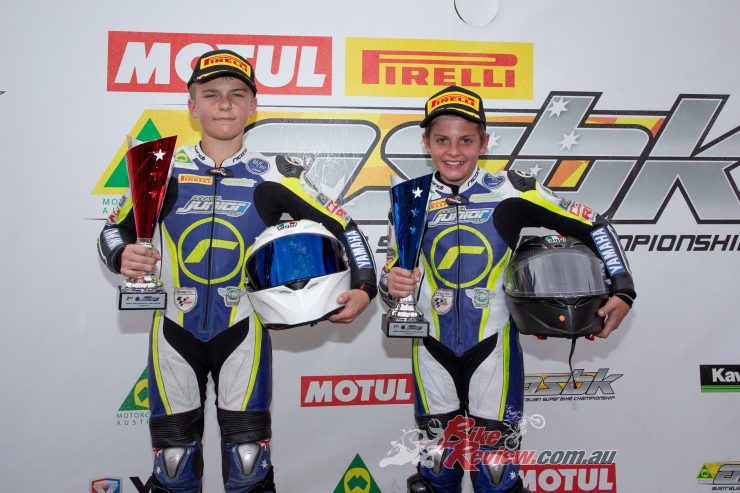 Carter Thompson has secured the inaugural bLU cRU Oceania Junior Cup title by finishing seventh in Race 2 at the SMSP final round on the weekend.

The recently-selected Asia Talent Cup Australian representative only needed to finish ahead of Angus Grenfell to clinch the title, and he took a sensible approach into the weekend’s second race.
“It’s been a great year, and I’d like to thank all the people who made the Oceania Junior Cup happen,” Thompson said. “I was a bit nervous before that race, but once it started I knew I just needed to get as far forward as I could.”

Today’s two OJC races were won by Marianos Nikolis, who also claimed his first overall round win ahead of Tom Drane and Archie McDonald. Thompson ended up at the top of the standings ahead of Grenfell and Drane.