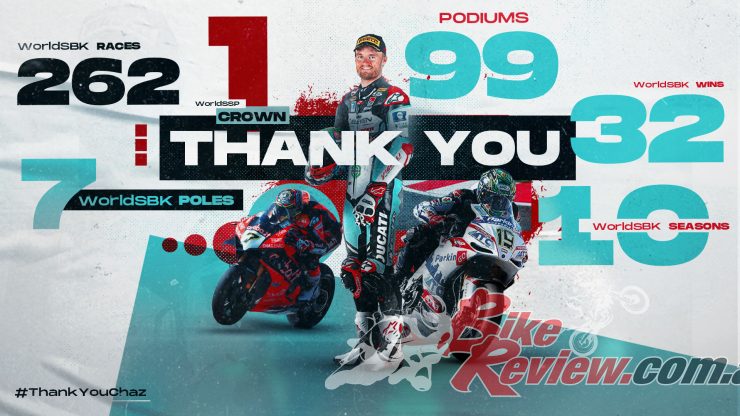 Chaz Davies To Retire From WorldSBK At The End Of 2021

An illustrious MOTUL FIM Superbike World Championship career will come to an end at the close of season 2021 with Chaz Davies (Team GoEleven) announcing his retirement from WorldSBK ahead of this weekend’s round ten at Spain’s Jerez circuit, closing a decade long career in WorldSBK. 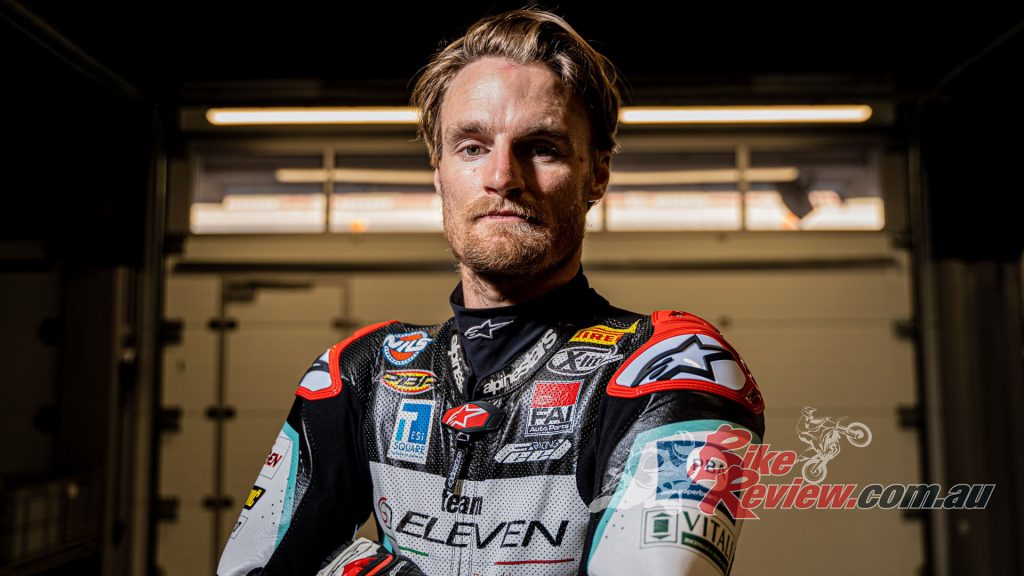 Household WorldSBK name, Chaz Davies, has announced his retirement scheduled after this years Jerez round.

Davies has finished runner-up in WorldSBK on three occasions, in 2015, 2017 and 2018 and third placed on another two occasions as he often fought for the title throughout his career. The British rider also had two full seasons in WorldSSP and won the title in 2011 by 50 points over his nearest rival, ensuring he will go down in history as a WorldSSP world champion. In that 2011 campaign with Yamaha ParkinGo, Davies claimed six wins and eight podiums on his way to the title and earning a 2012 WorldSBK seat onboard Aprilia machinery.

Check out Jeff’s test of his ParkinGo Yamaha here…

His debut season started a run of ten consecutive seasons scoring podiums in WorldSBK while he has taken victories in all but two of his campaigns. For 2013, Davies switched to BMW machinery which featured a win on BMW’s home turf at the Nurburgring before switching to Ducati for 2014 for this third manufacturer in three years. He remained with the factory Ducati team until the end of the 2020 season, taking them close to the title on numerous occasions throughout an illustrious career. For his last campaign in WorldSBK, Davies had been competing on the independent Ducati outfit, Team GoEleven, taking one podium at the start of the season. 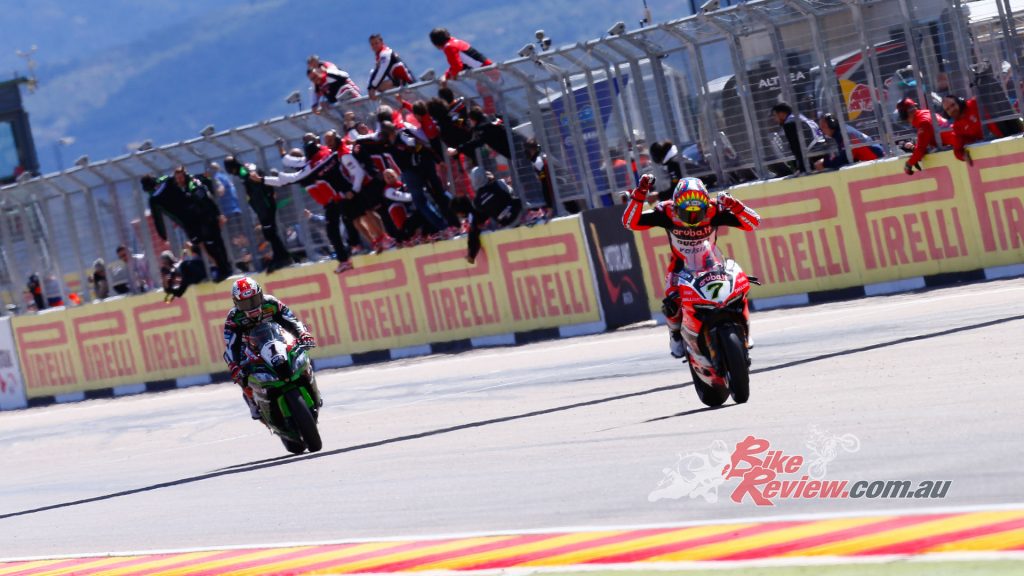 An emotional Davies announced at Jerez that the 2021 season would be his last, saying: “I just wanted to say that unfortunately in some ways, and fortunately in others, this will be my last season in WorldSBK. It’s obviously a decision that has not come easily, it’s taken a lot of thought because I’m a strong believer in when you’re done, you’re done. To me, the timing seemed right to make this decision. Like I said, very difficult and a lot of deliberation especially being here at the circuit again! It even felt different walking in a couple of hours ago to make this announcement.”

“You need to change something in your head. Here we are. There’s a lot of reasons behind it and like I said, a lot of deliberation and wondering whether it’s the right move but I’m very confident and I’m both happy and sad at the same time that it is the right decision. Ready to turn the page and open up the next chapter.”

Out of Davies’ 32 WorldSBK victories, 28 of them came onboard Ducati machinery as he finished runner-up in the Championship on three occasions while 89 of his 99 podiums came with the Bologna-based manufacturer. After eight seasons riding Ducati’s bikes, where he took the record for most starts for the manufacturer with 211, Davies created lots of good memories for both himself and the manufacturer and he reflected on those during his press conference. 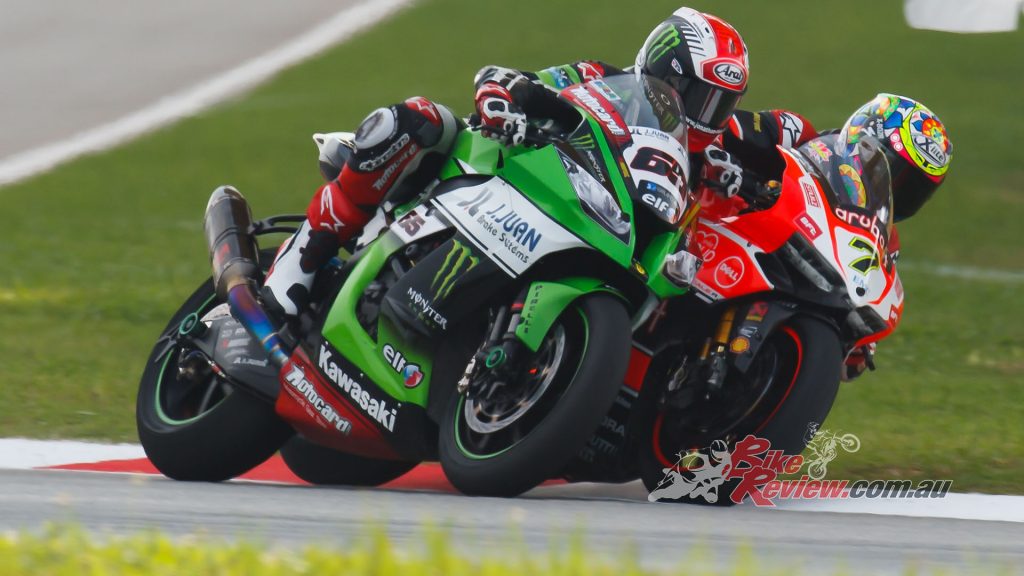 “Out of Davies’ 32 WorldSBK victories, 28 of them came onboard Ducati machinery as he finished runner-up in the Championship on three occasions while 89 of his 99 podiums came with the Bologna-based manufacturer.”

“I’ve had so many good times and I think the, for me, one of the most special things I’ve experienced in all these years was winning races on Italian soil,” said Davies. “Especially at Imola, just down the road from Bologna, and I can genuinely say there’s no feeling like it. It’s just pinch yourself city. All the Ducatisti are there in force. It really does feel like something special. I can reflect on it now, but in the moment, I was like ‘you’ve got to remember this because these are the days that are beyond sweet’. A lot of good times, a lot of good people.”