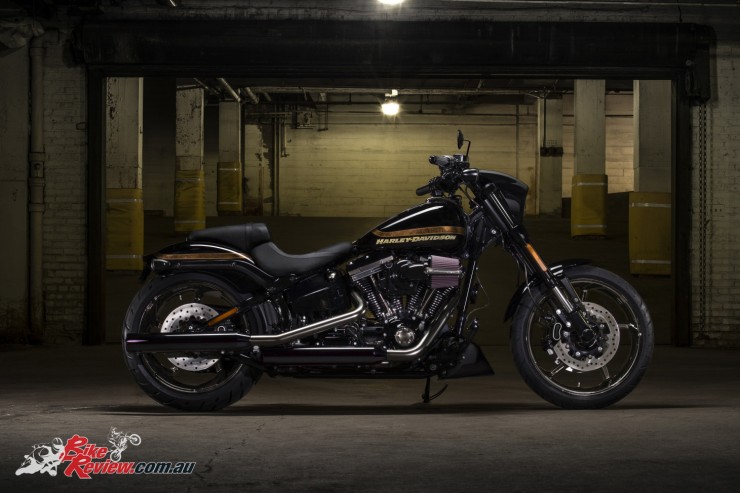 Harley-Davidson Custom Vehicle Operations (CVO) re-writes the factory-custom style book with the introduction of the 2016 CVO  Pro Street Breakout motorcycle, a limited-production model that introduces a new, darker look utilising cutting-edge finishes and textures applied with an obsessive eye to design and detail. 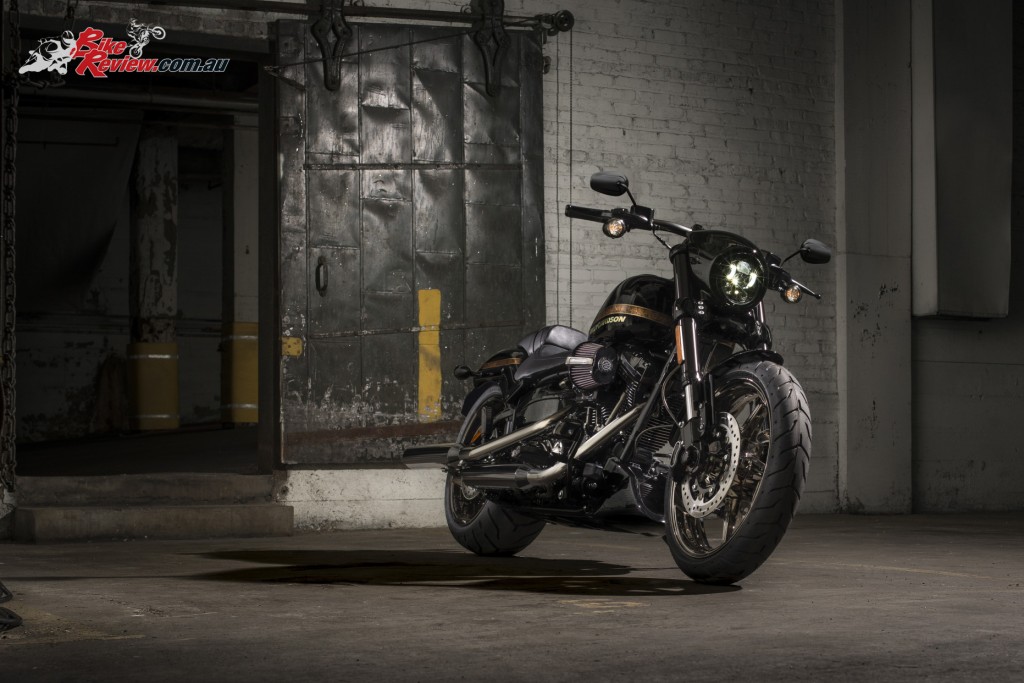 The CVO program is often used to introduce new custom elements and techniques, seen here in the dark styling direction of the CVO Pro Street Breakout which afforded the Harley-Davidson design team the opportunity to utilise several new finish treatments.

“The Pro Street Breakout represents a new dimension of CVO motorcycles,” said Harley-Davidson Styling Director Brad Richards. “The Pro Street Breakout takes its cues from the streets and reflects our own changing tastes. It still delivers the depth of detail, value and bragging rights the CVO customer expects, but gets there in a different way.

Its colors are unobtrusive but contain incredible depth. We’re developing alternate finishes to bright chrome – for example, brushed, anodised surfaces and tinted clear-coat. The Breakout really lent itself to this new styling direction.”

“We worked intensely with our plating suppliers to develop the hue and depth of Smoke Satin Chrome, and we are the first to use it in the motorcycle industry,” said Harley-Davidson Senior Stylist Dais Nagao. 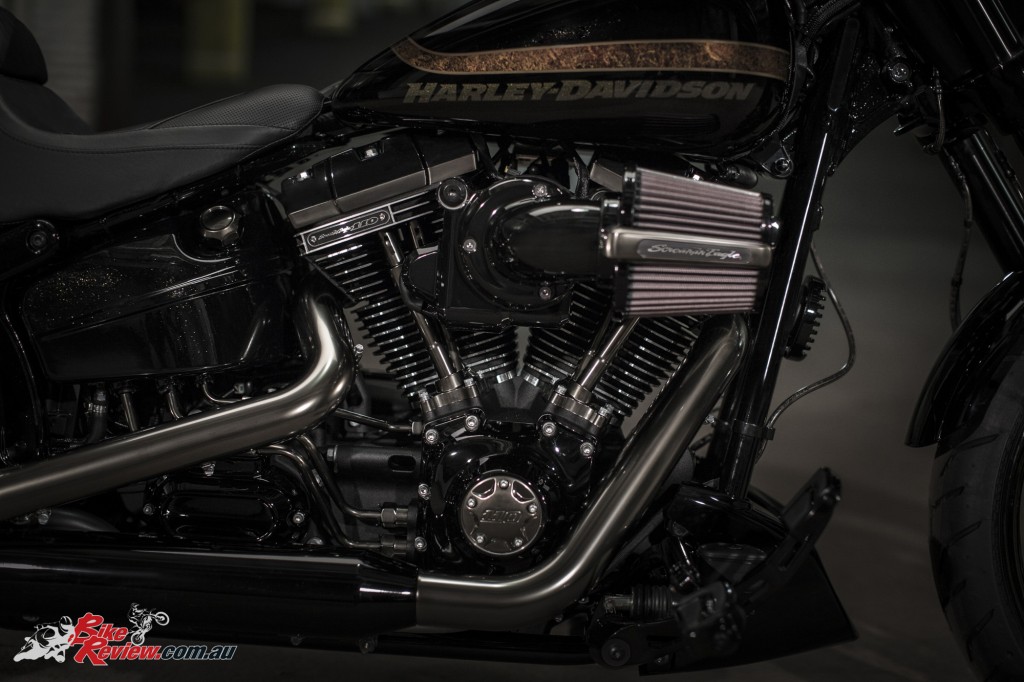 “It’s a finish that looks really contemporary and exclusive but also kind of sinister. We’ve carefully placed Smoke Satin Chrome next to a black surface so it creates a layered effect. For example, the top rocker cover is gloss black, and the lower cover is Smoke Satin Chrome.

It’s on the exhaust header shields next to the black engine and black mufflers. We used Smoke Satin Chrome on the oil lines and fittings to add an unexpected detail.”

Restyled derby and timing covers have a new, mechanical look. Sheet metal is finished in solid Starfire Black or two-tone White Gold Pearl/Starfire Black, each with a single hand-applied graphic stripe flowing along the tank and rear fender to reinforce the performance theme of the CVO Pro Street Breakout.

This performance is delivered by the Screamin’ Eagle Twin Cam 110B, the most-potent Harley-Davidson production air-cooled engine. 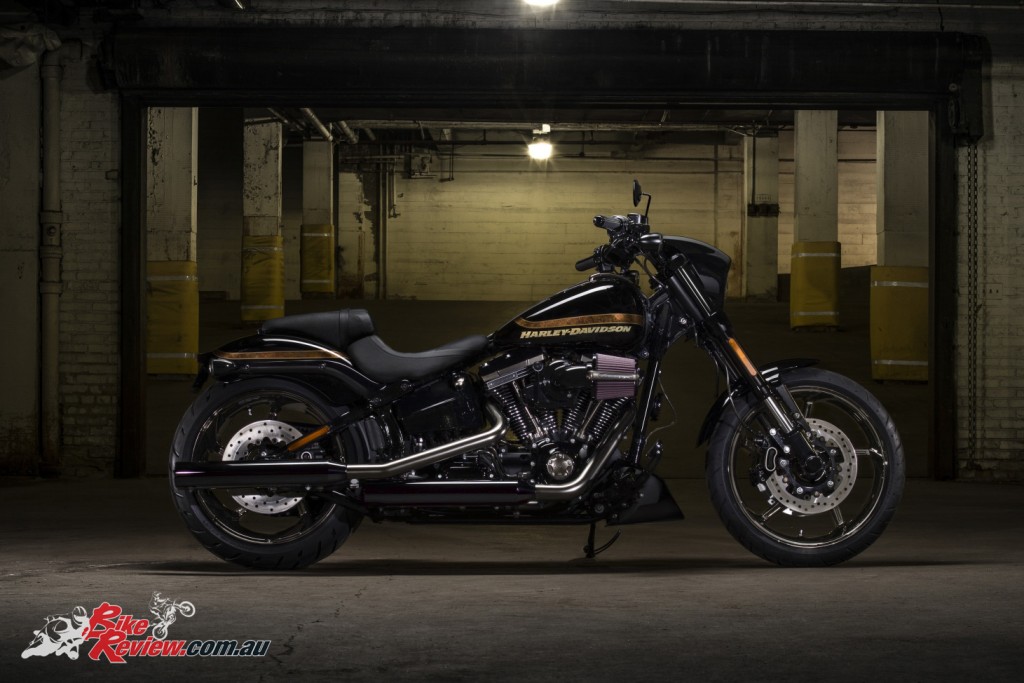 There’s a lot of drag-racer influence found on the Pro Street Breakout, from the flat 1.25-inch drag-style handlebar to the wind-cheating speed screen and the color-matched chin spoiler. The deep bucket seat and bolstered pillion combine to hold the rider in place when the clutch is dumped and its Screamin’ Eagle horsepower launches the CVO Pro Street Breakout off the line. 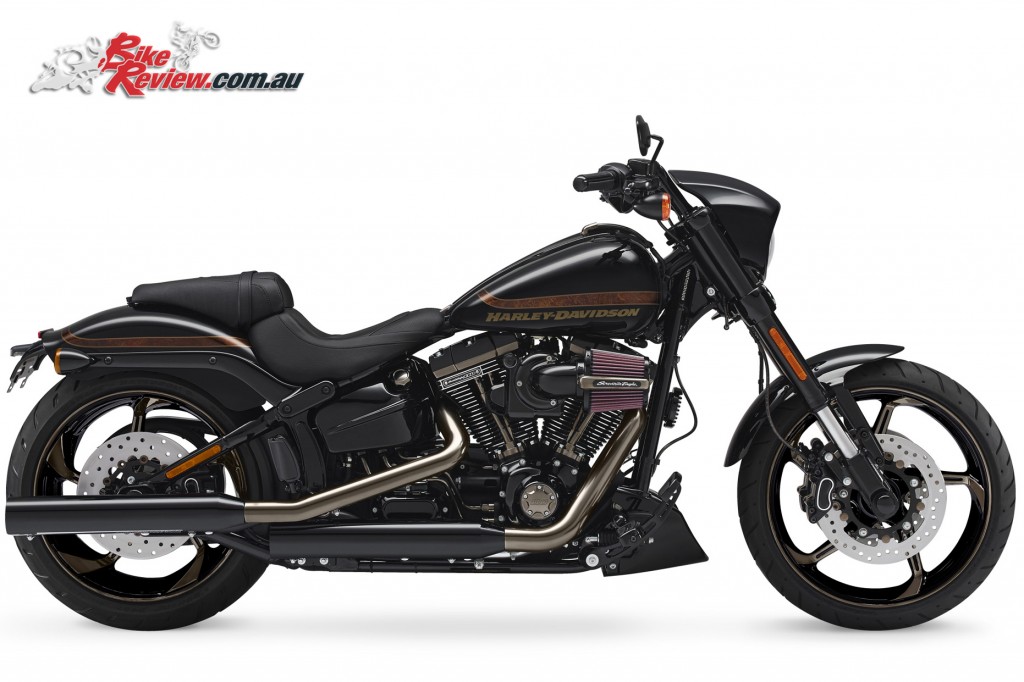