Disappointing result for Gardner in Malaysia

Fresh from his front running performance at his home Grand Prizx a week ago, Remy Gardner continued to shine in today’s #MalaysianGP at the Sepang International Circuit until a crash with thirteen laps ended the chance of a top six finish for the second consecutive weekend.

Strong throughout the opening day of practice on Friday, the #87 Tech3 Moto2 Racing Team Mistral 610 rider qualified an impressive fourth on the grid for the eighteen lap race, narrowly missing out on the front row.

With the race start time brought forward to avoid a potential rain shower, Gardner made one of his usual lightning starts, maintaining his position into turn one before briefly moving into third a lap later.

Struggling with rear grip almost immediately, Remy rode hard as fought valiantly to stay with the leaders before he lost the front at the final hairpin on lap five.

The 2018 FIM Moto2 World Championship concludes in a fortnight in Valencia where Remy is determined to bag a result in what will be his final race with his current team. 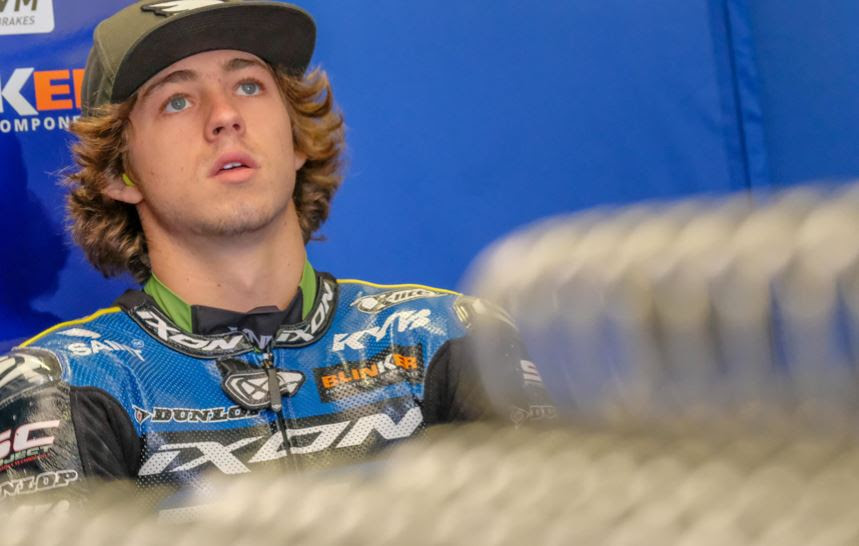 Remy Gardner saying, “I was really pushing but just didn’t have the grip and was sliding all over from the very first corners. Marquez made a clean pass but it put me onto the dirty part of the track and I tucked the front. Another unlucky incident but I’m proving that I have the speed to race with the top guys which is encouraging for the final race and for next year. I can take the positives from the weekend after qualifying fourth. Big thanks to all the tweets and support from everyone around the globe. See you in Spain!”