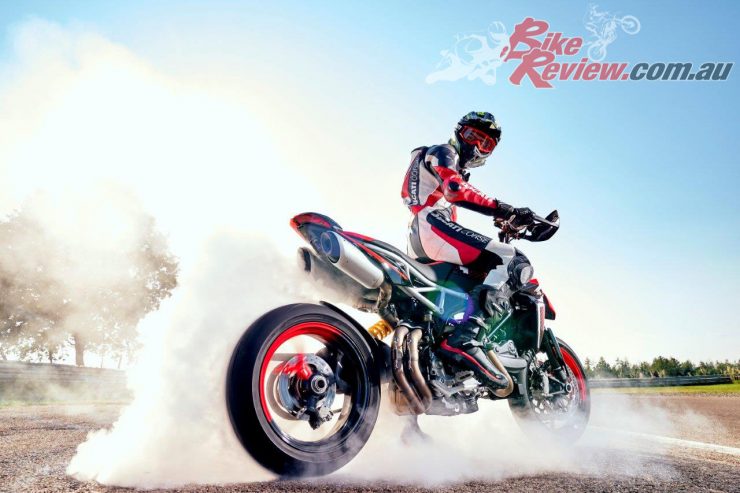 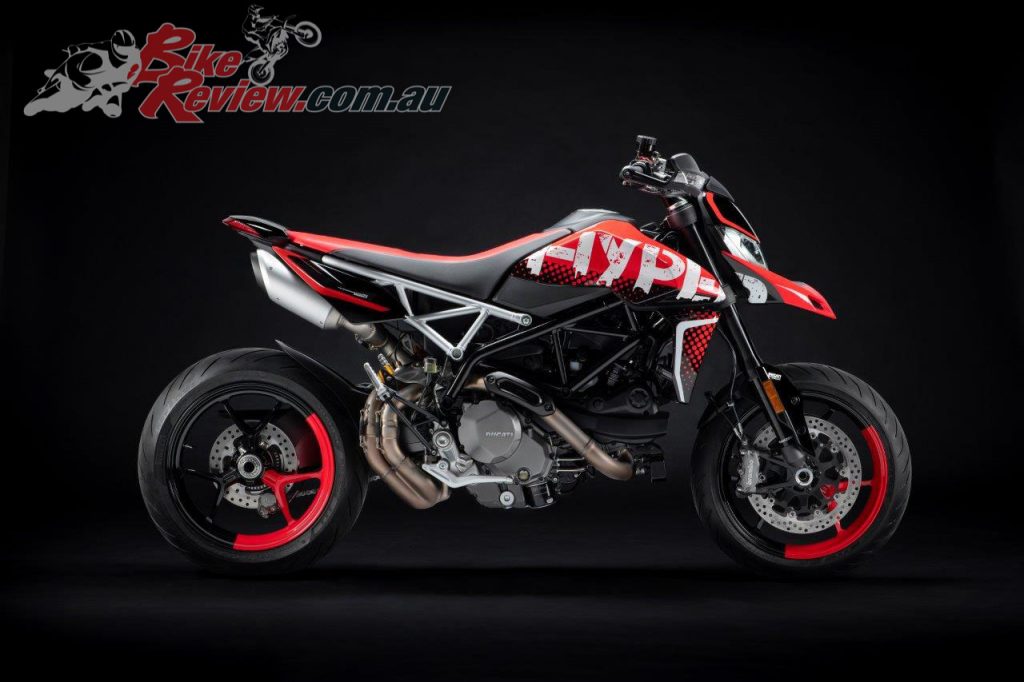 The Hypermotard 950 RVE is powered by the twin-cylinder 937 cc Testastretta 11° engine.

The bike builds on the success achieved in 2019, especially on social media, by the Hypermotard 950 Concept presented at the prestigious Concorso d’Eleganza Villa d’Este.

Wanting to transfer the same manufacturing quality of the concept bike from which it derives to the production motorcycle, it was necessary, in the painting phases, to employ highly skilled labour, use very low thickness decals and adopt a particularly long and complex process. The result is comparable to that of an airbrushed bodywork. 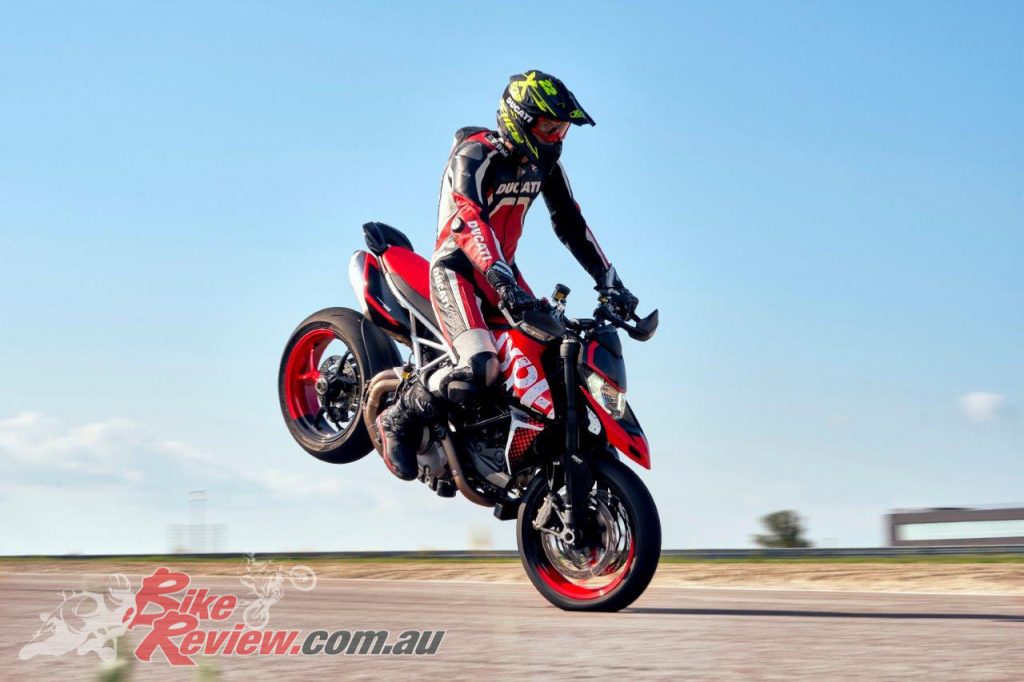 The Ducati Hypermotard 950 RVE will come will an extensive electronics package.

Not only graphics, but also a standard equipment upgrade for this new version. The electronic package of the Hypermotard 950 RVE is enhanced by the Ducati Quick Shift (DQS) Up and Down EVO, which is added to the components already present in the standard version, namely Bosch Cornering ABS with Slide by Brake function (in setting 1), Ducati Traction Control Evo (DTC EVO) and Ducati Wheelie Control (DWC) EVO.

The Hypermotard 950 is the hypermotard par excellence of the Ducati range and is designed to guarantee a high level of fun and control while riding. The aggressive design of the bike, inspired by the motard look, revolves around the twin exhausts under the seat and the smaller superstructures that leave the mechanical components visible, including the trellis rear frame that communicates lightness and essentiality. Ergonomics ensure the rider maximum responsiveness in all conditions. The seat is flat, particularly tapered to ensure wide movement and allows you to touch the ground with ease. 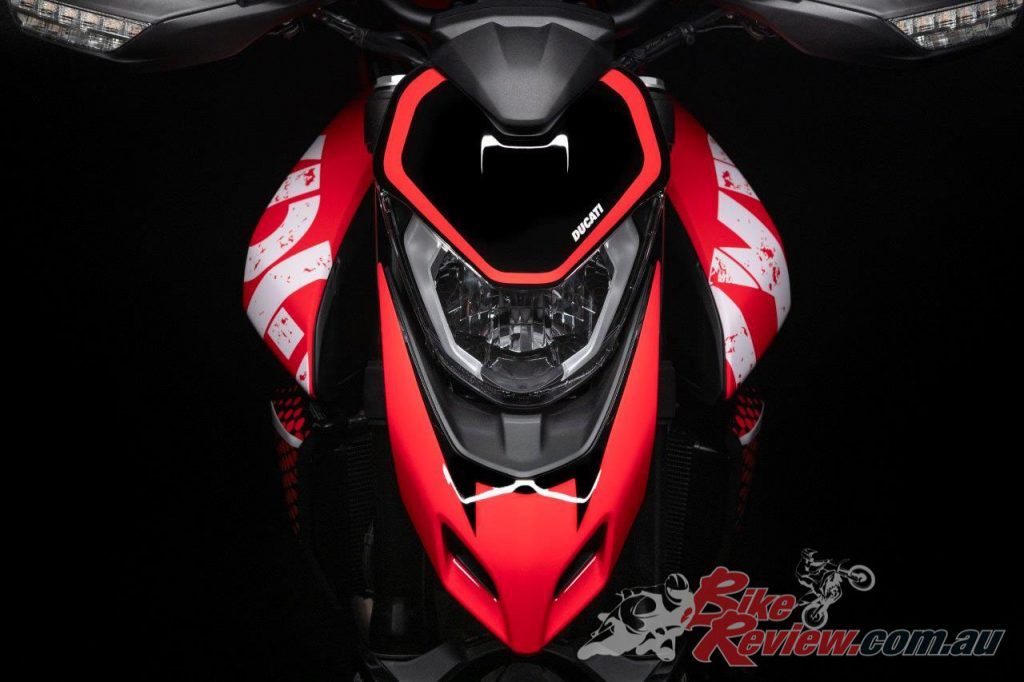 The Hypermotard 950 RVE will be available in Australia in very limited numbers and will arrive in September 2020.

The Hypermotard 950 RVE is powered by the twin-cylinder 937 cc Testastretta 11° engine, which with its 114 hp at 9,000 rpm and 9.8 kgm of torque, of which over 80% is already available at 3,000 rpm, is the perfect engine to offer maximum fun both in sports riding on the track or on roads full of curves and in everyday riding on urban stretches.

The Ducati Hypermotard 950 RVE will be available in Australia and New Zealand in very limited numbers and will arrive in September 2020. Pricing for this model will be confirmed closer to the date of release.