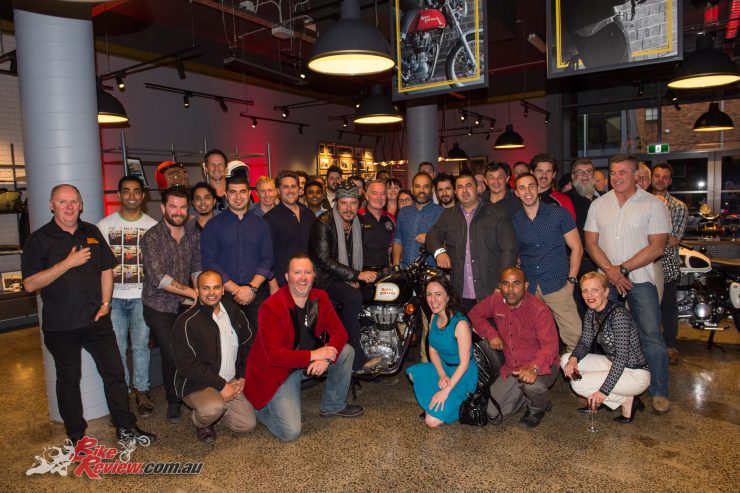 Royal Enfield, the fastest growing motorcycle brand in the world, has opened its first exclusive brand store in Melbourne at 28 Cremorne St, Cremorne, Victoria 3121,  as a part of its growth strategy in Australia and focused international thrust of leading and expanding the global mid-sized motorcycle segment (250-750cc). 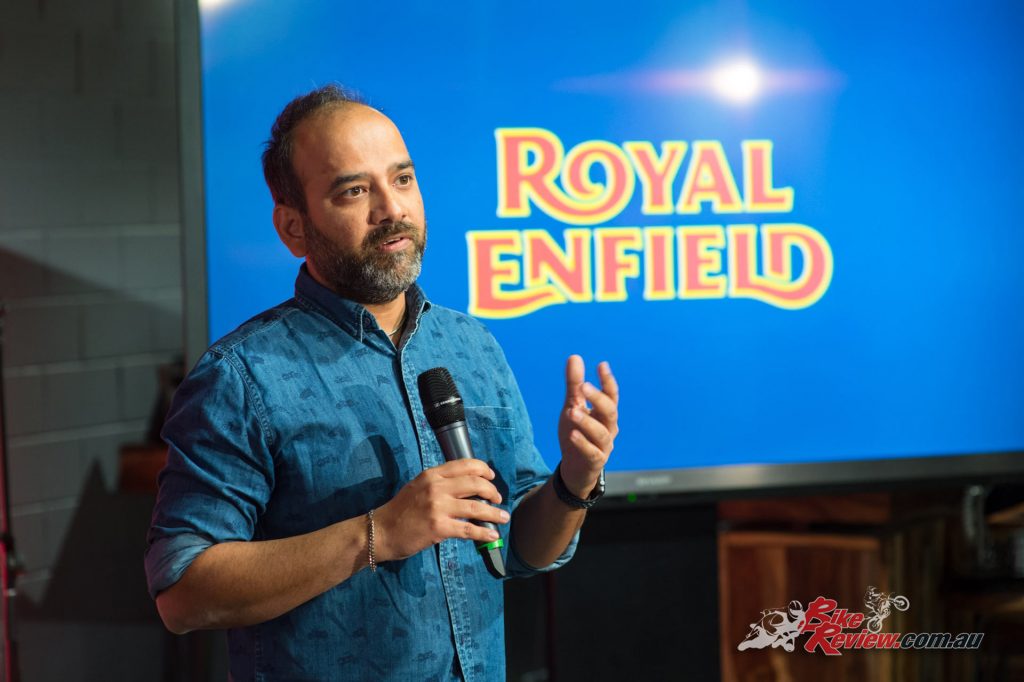 Speaking at the occasion Rudratej (Rudy) Singh, President Royal Enfield said, “Australia represents one of the most important matured markets for Royal Enfield and we are already witnessing an upward growth in the market, a testimony to which is the 63 per cent growth we have received in the first three quarters of 2016, compared to same period last year.

“This growth will be fuelled by our close proximity to the customer through over 25 dealerships across the country, this exclusive brand store and our evocative product range, available at accessible price points that will appeal to motorcycling enthusiasts. We are looking at key cities in Australia to expand our distribution network, in addition to a strong aftermarket network and infrastructure to ensure full service support to our customers in the region.”

Customers and motorcycle enthusiasts can now experience 115 years of legacy through its complete range of motorcycles, apparel and accessories, all available under one roof at Royal Enfield’s first concept store in the country, as a part of its new retail format showcasing its brand philosophy of “Pure Motorcycling” in every aspect of the Royal Enfield ownership experience. 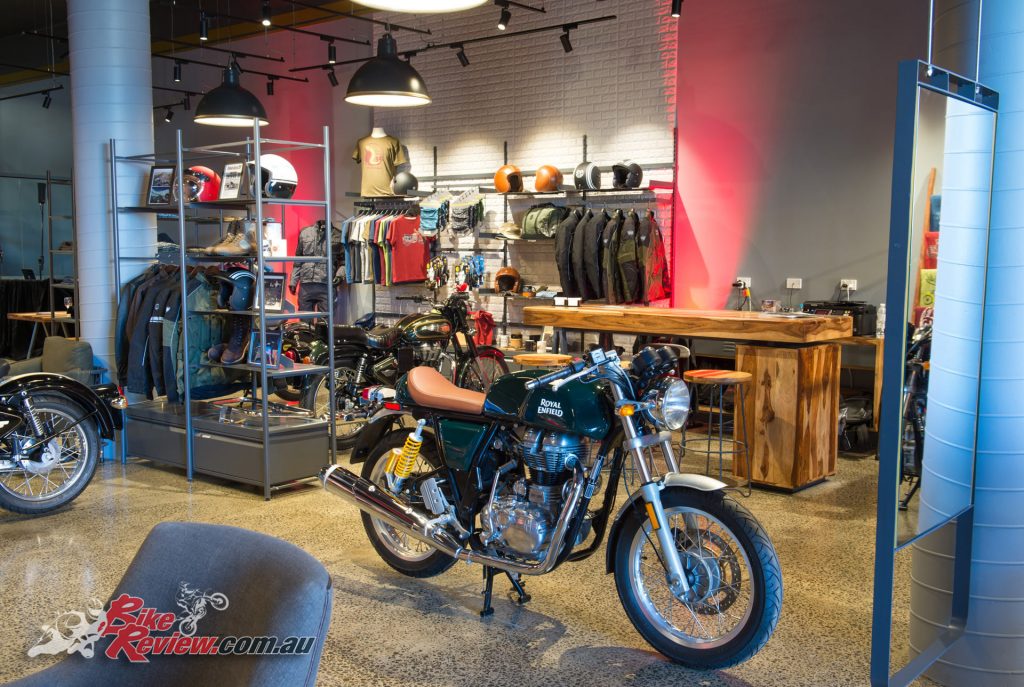 The store’s design creates an ambiance of motorcycle enthusiast’s living room by featuring an interesting visual merchandising format, comfortable sitting spots in several corners, and innovative product displays, which include a wall display of a stripped down Continental GT showcasing the bike’s internals and frame.

The store will house not only Royal Enfield’s motorcycle range, but also its complete range of apparels and accessories, that includes purpose-built protective riding gear and the recently launched moto inspired urban protection gear. 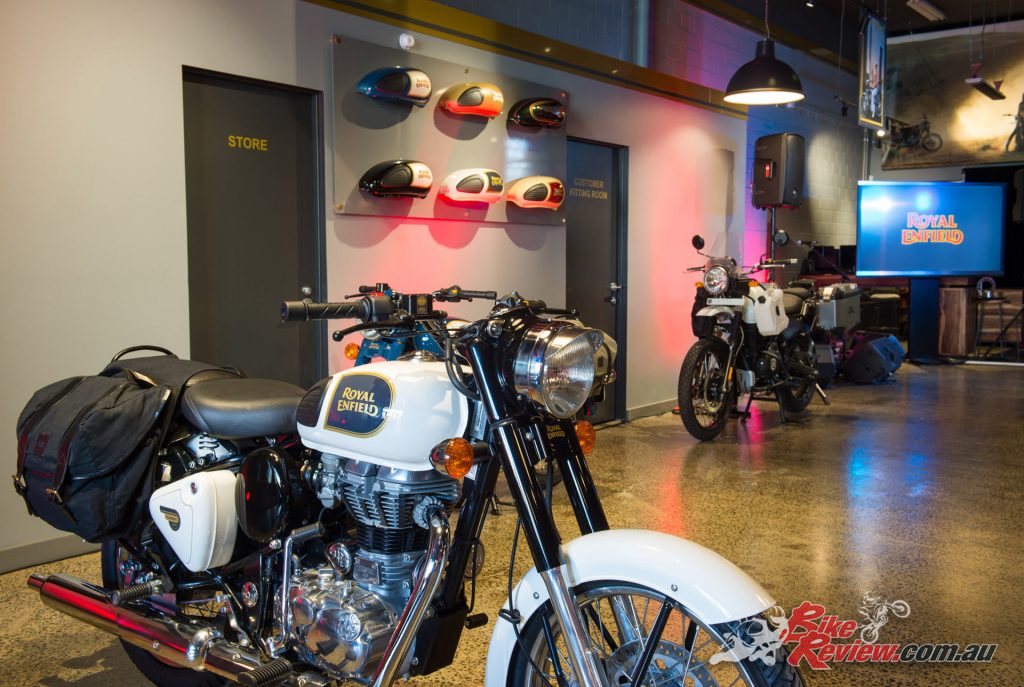 The space of store has been designed not just as a point of purchase but also a meeting point for enthusiasts to have conversations around motorcycling. The Royal Enfield store in Cremorne, Melbourne is a full-service dealership that is equipped with service and aftermarket capabilities as well.

“Today, Royal Enfield is one of the most profitable automotive brands in the world and we believe that our future growth will come from markets such as Australia with huge potential for our evocative, all purpose, and middle-weight (250-750cc) motorcycles. We want to revolutionize and re-invigorate this mid-size motorcycle market with our aspirational yet accessible range, by building the brand globally through a unique city led strategy that creates aspiration and generates demand across the country,” added Rudy. 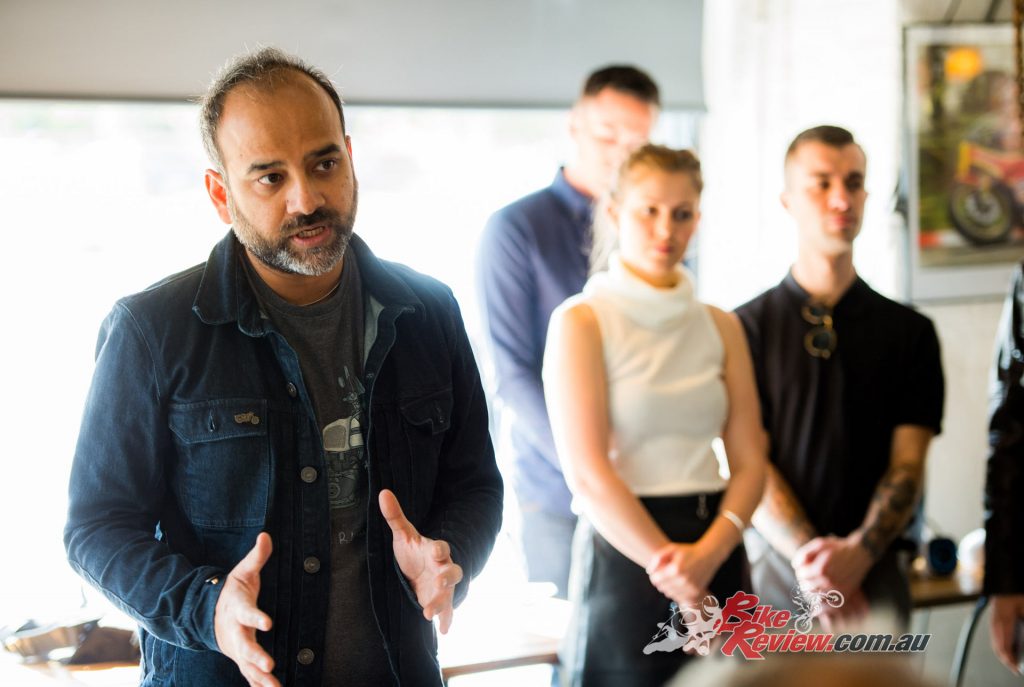 “As a part of this ‘city strategy’ we now have 16 exclusive brand (concept) stores outside of India, in nodal cities like London, Paris, Barcelona, Madrid, Valencia, Bogota, Medellin, Dubai, Jakarta, Bangkok and now in Melbourne, to create a robust eco-system offering a highly differentiated retail experience and aftermarket capabilities, rides and community events and other adjacencies that bring to life the heritage and world of Royal Enfield. The Melbourne store also follows this global retail identity and we are confident that it will set new benchmarks in motorcycle retail in Australia. The space has been designed not just as a point of purchase but as a meeting point for enthusiasts and for conversations around motorcycling,” he concluded. 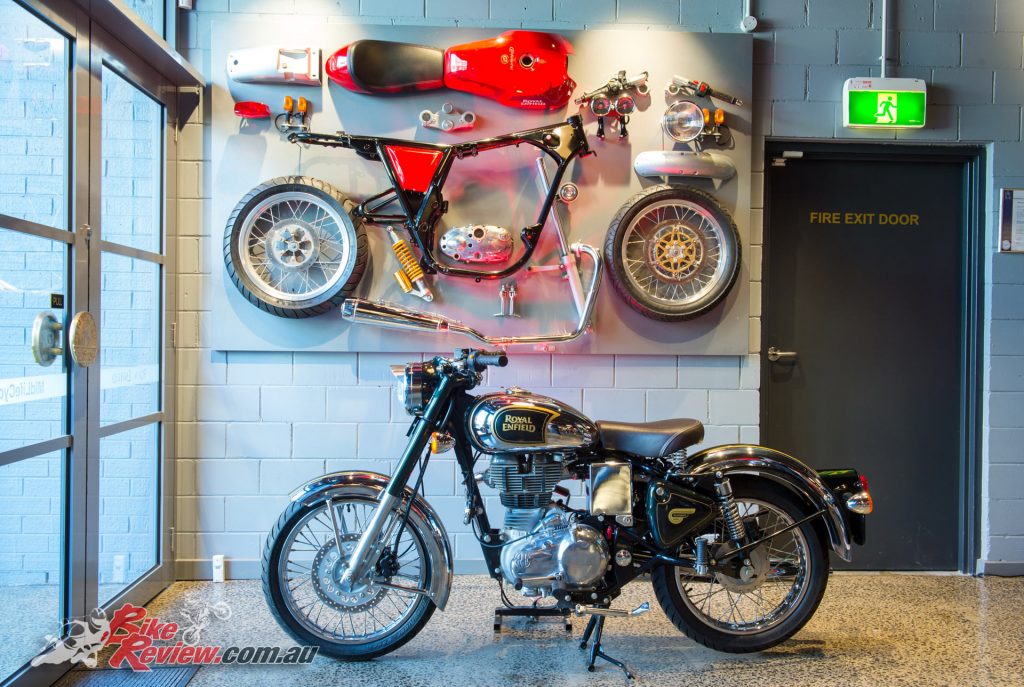 Royal Enfield designs classic styled motorcycles that are simple, evocative, tactile, timeless, uncomplicated and fun to ride, both in cities and for leisure touring or adventure rides. Blending traditional craftsmanship with modern technology, as a means to achieve the perfect balance between the man, machine and the terrain, Royal Enfield motorcycles creates a unique experience for riders.

The iconic motorcycle brand of British origin has its roots dating back to 1901 in Redditch, England. With over 50 per cent year-on-year growth in the last five years, Royal Enfield is becoming one of the leading players in the mid-size motorcycle category worldwide. 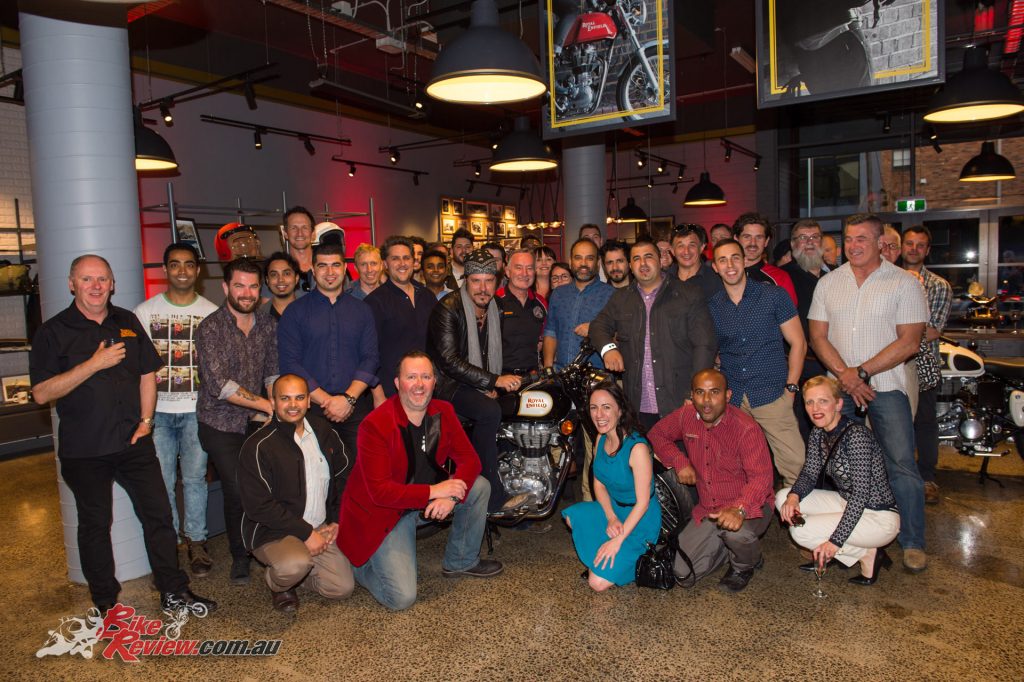 Royal Enfield’s first exclusive store in Australia in Melbourne is a dealership by Mid Life Cycles. Royal Enfield has been working tirelessly with Urban Moto Imports as its distributor in the country since 2015, to bring a differentiated experience for motorcycle enthusiast in the region.