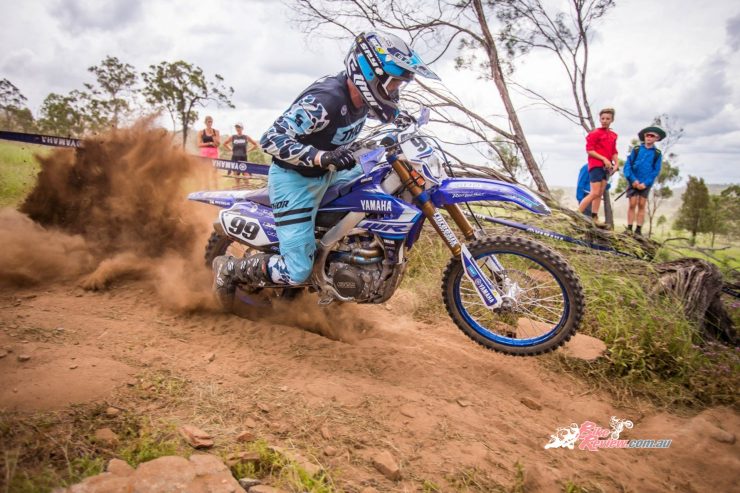 Two familiar faces will front up for the Yamaha Active8 Yamalube Racing team for 2020, with Luke Styke and Josh Green again taking the reins of the teams’ race bikes for another season of the Australian Off Road Championship (AORC) and the Australian Four Day Enduro (A4DE). 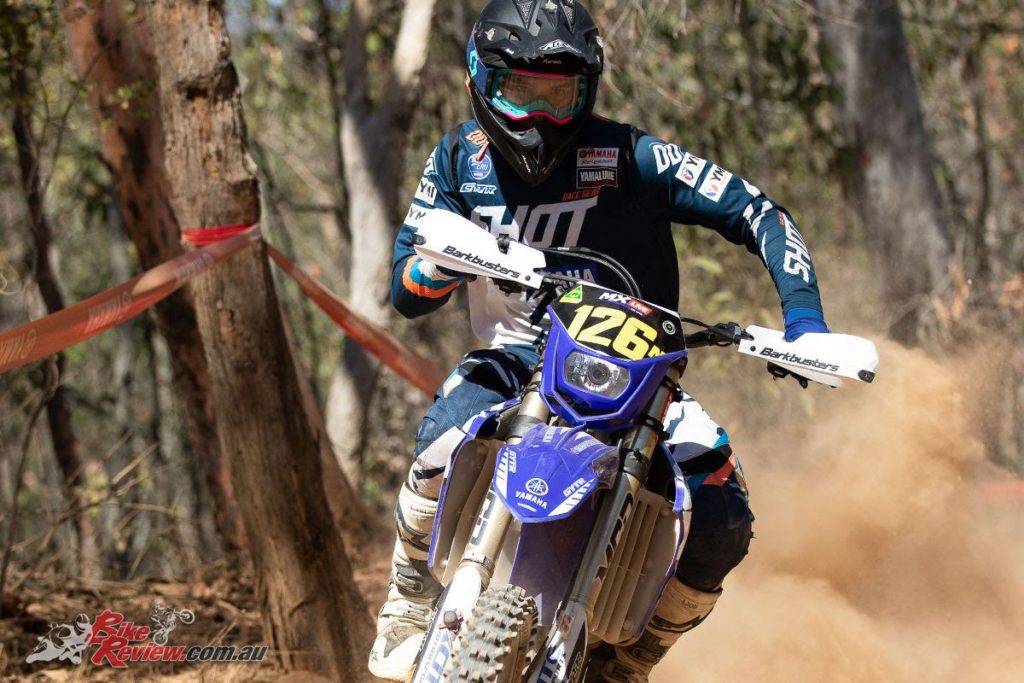 Blake Hollis is one of the young guns to look out for – now under the new Yamaha bLU Cru Off Road Racing umbrella.

While under the Yamaha off road umbrella will be a new team, Yamaha bLU Cru Off Road Racing, that will house two of the hottest young prospects in off road racing, Michael Driscoll and Blake Hollis.

The Yamaha Active8 Yamalube team will be a sharpened two rider outfit for 2020 featuring Styke and Green. The focus on the two head line riders will enable to team to chase the AORC and A4DE championships with renewed vigour. 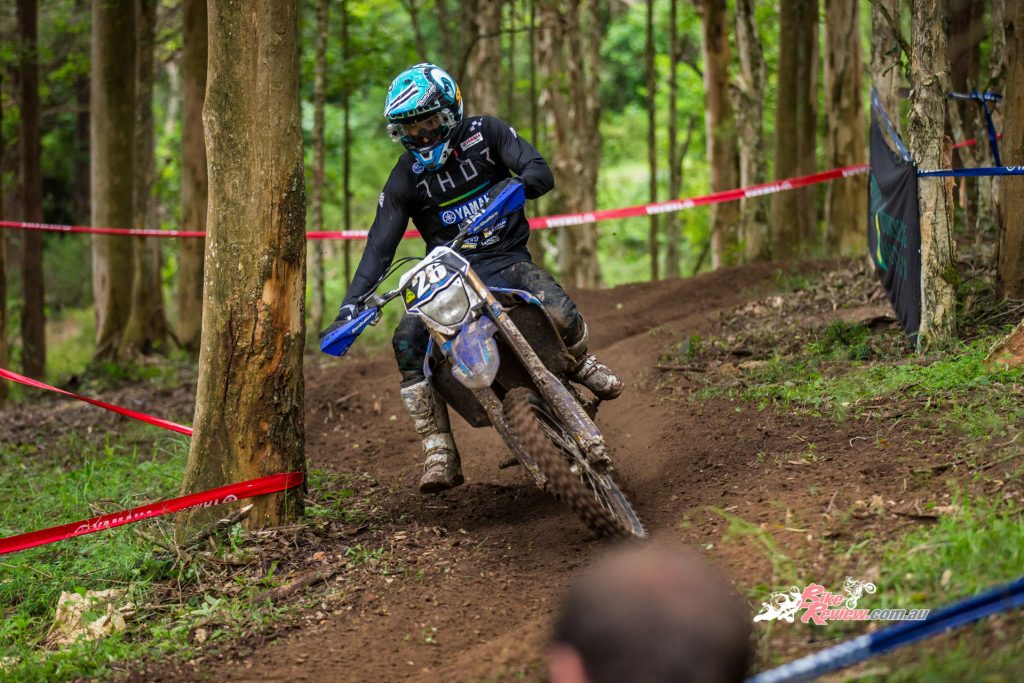 Since Styke’s transition from motocross, he has continued to climb up the off-road ladder with plenty of wins.

Styke continues his climb up the off road ladder and since his transition from motocross, he has been nothing short of a revelation. In the two year period racing off road, he has already racked up two AORC championship victories, a A4DE victory and now a gold medal at the International Six day Enduro recently in Portugal.

Entering his third year, Styke now has a broad spectrum of national and international off road experience but he is still determined to be better at each and every event he does. With a planned move back to his native Nowra, which will enable him to train and ride in more bush and off road environments, Styke is doing all in his power to make 2020 his best season yet. 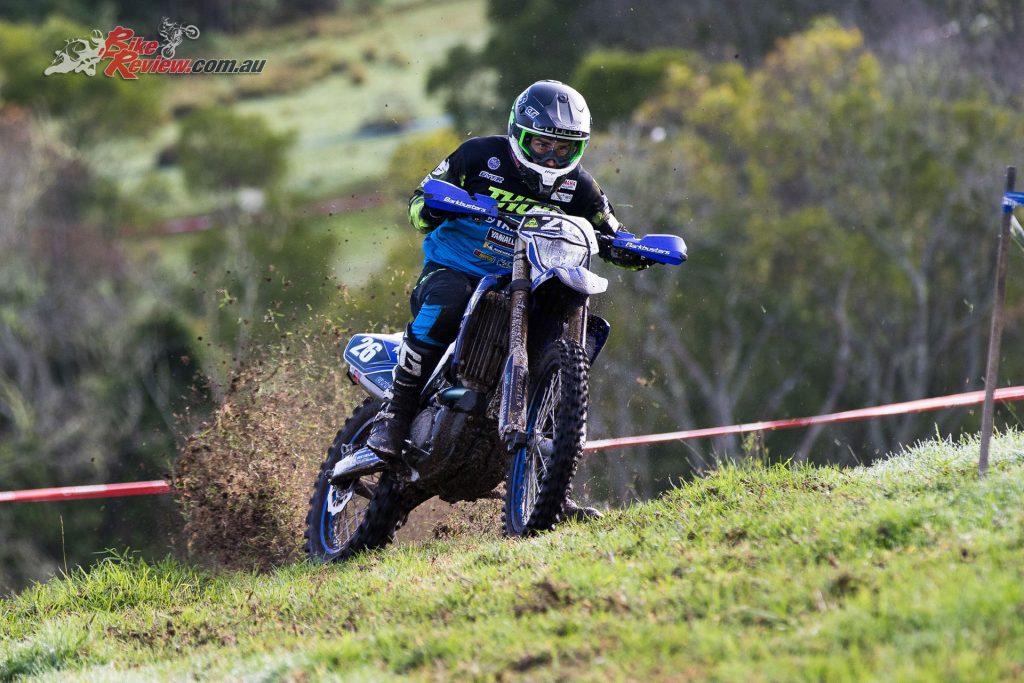 “I’m more motivated than ever coming into the 2020 season,” Styke says enthusiastically. “I made a few changes to my lifestyle by returning back down to Nowra and feel it’s a better environment for my riding and also closer to family to make life easier.

“There is so much riding area around here and a more off road based riding program is the only way I can improve my skills and close the gap on Sanders and Milner. Both of those guys are world class and are a fair bit ahead of the rest of us, but my goal is to bridge that gap in 2020 and be in contention for Outright wins as well as class victories. 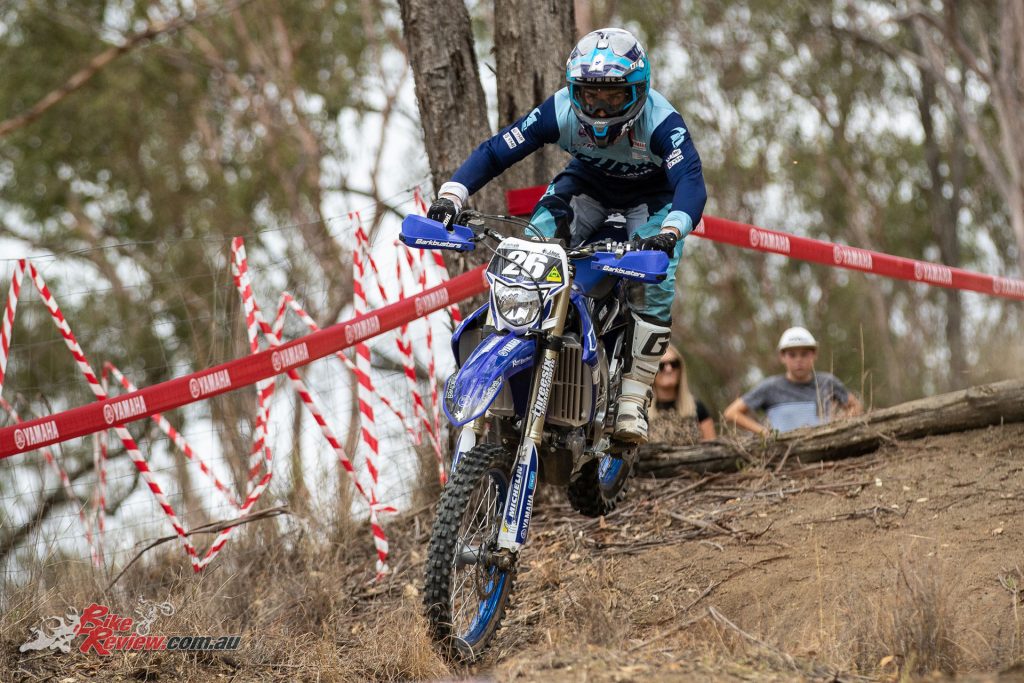 “Its also good to be back with the same team again for next season. We all have a great working relationship, and everyone works hard to achieve the best results possible. Both the team and Yamaha have been good to me throughout my racing career and I like the fact we have been able to continue our working relationship and get stronger with each passing season.”

Josh Green is back for his ninth season with Yamaha Active8 Yamalube Racing which must break some form of racing relationship record in Australian Off Road. To stay with the one team for so long and remain at a high level is rare and shows the loyalty and dedication the team and Green have for each other. 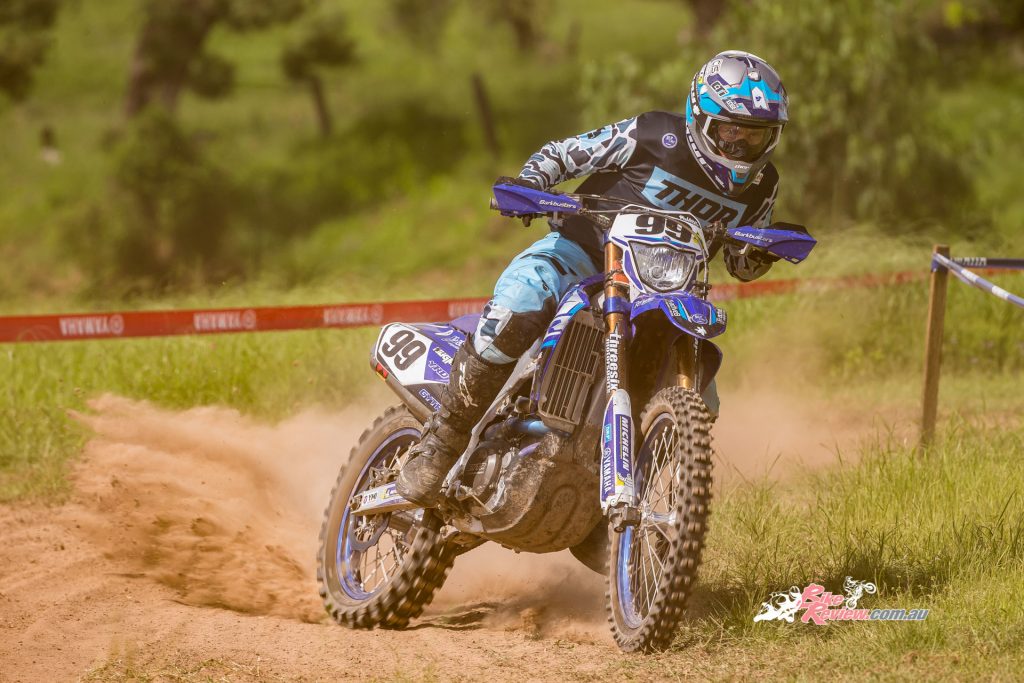 But Green is far from window dressing on the team and continues to more than hold his own in championships around Australia. Green finished second in the 2019 AORC in the premier E2 category and was consistently in the top five outright. He keeps his places as he earns it each and every year with his dedication, determination and results.

Green also gives back to the sport via his Off Road Advantage Riding Schools and passes on his years of international experience to the younger generation of rider. But the focus is still on racing for 2020 and like always, he will leave no stone unturned in his preparation for the upcoming season.

“The older I have got, the more I have started to enjoy the things that used to frustrate me when I was younger,” Green begins. “Like most teenagers, I didn’t care a lot for testing and developing the bike and just wanted to ride it and not focus on training. Now, I like being able to improve the bike and I find the off bike training rewarding and get a lot from it and that’s what has kept my motivation strong over the years as I find new ways to enjoy different aspects of what we do.

“And nine years with the one team is pretty cool. I like the loyalty from both sides and the fact we are able to keep the relationship going over such a long period of time. Nine years travelling with AJ could break a lesser man, but you have to take the good with the bad in this job,” Green laughs. 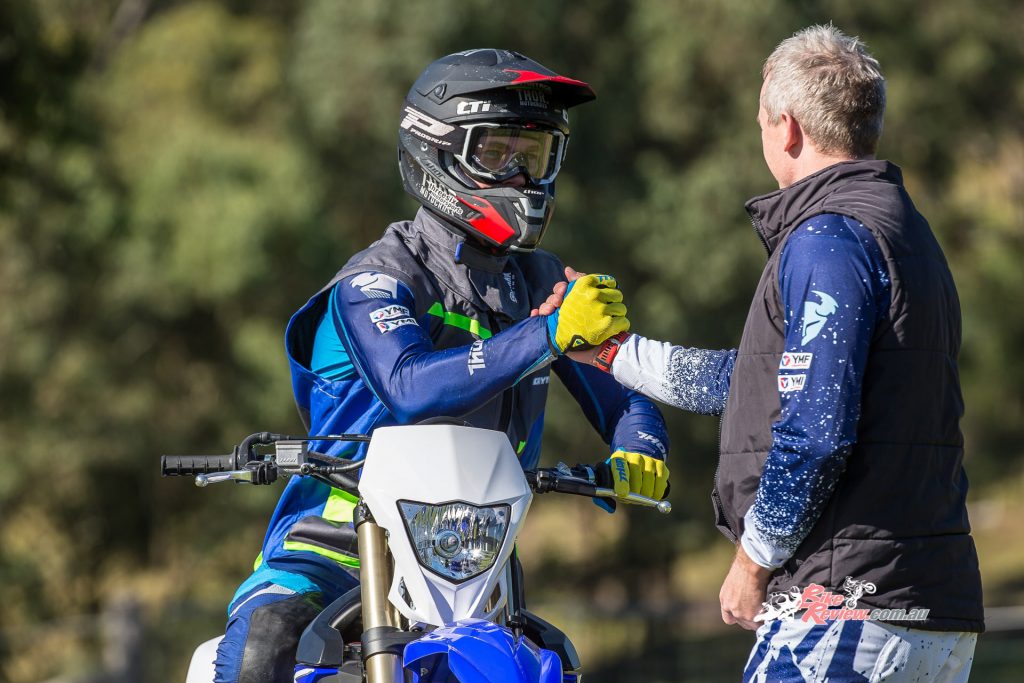 “Now, I like being able to improve the bike and I find the off bike training rewarding and get a lot from it..”

Carrying the same sponsors and the same professional personnel behind the scenes, Yamaha bLU cRU Off Road Racing will roar to life in 2020. Featuring Michael Driscoll in the E2 (450cc) division after a standout performance at the ISDE and Blake Hollis, fresh out of the junior ranks in EJ (under 19) ranks.

Driscoll and Hollis have both been star performers for Yamaha in Off Road racing over the years, and this team is purpose built to fast track their development using the same infrastructure, sponsors and knowledge as the Yamaha Active8 Yamalube Team. 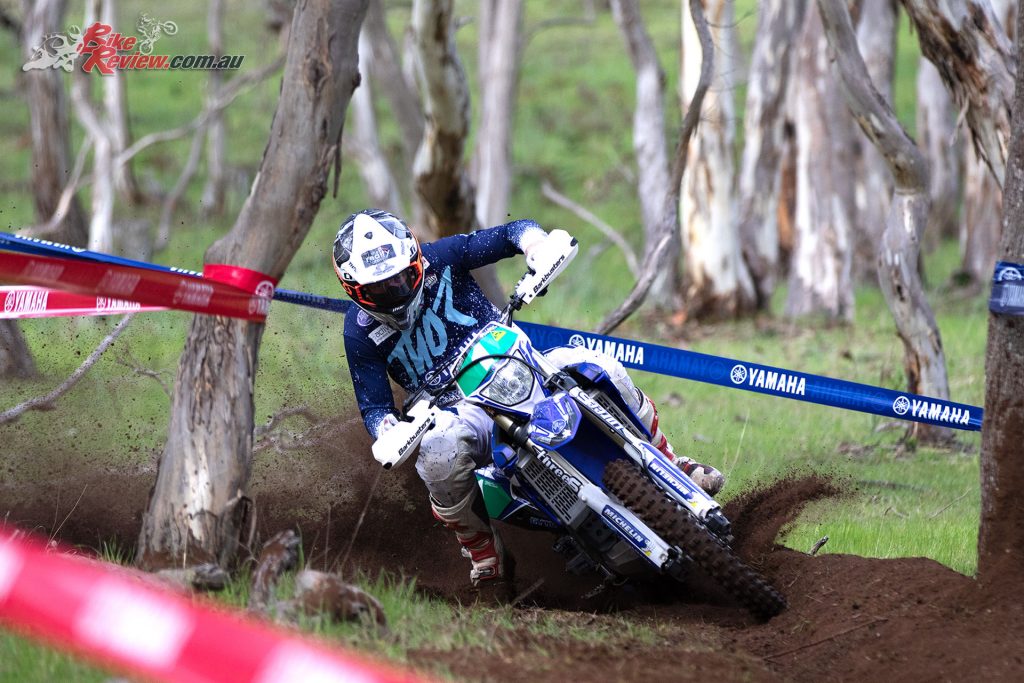 “It’s been a big undertaking to get the support to run four riders at a high level but I can’t thank everyone who is behind the team in 2020,” explains team manager, AJ Roberts. “All of them have been long term and loyal to our team and they have stepped up to ensure we have a massive presence and profile at the AORC and A4DE in 2020.

“I look forward to guiding the riders through the next season and are already working hard to ensure 2020 is a great season for us and our sponsors,” Roberts finishes. The off road racing calendar is again a busy one with events up and down the east coast throughout 2020. The AORC gets underway in Queensland in February before winding up in October.