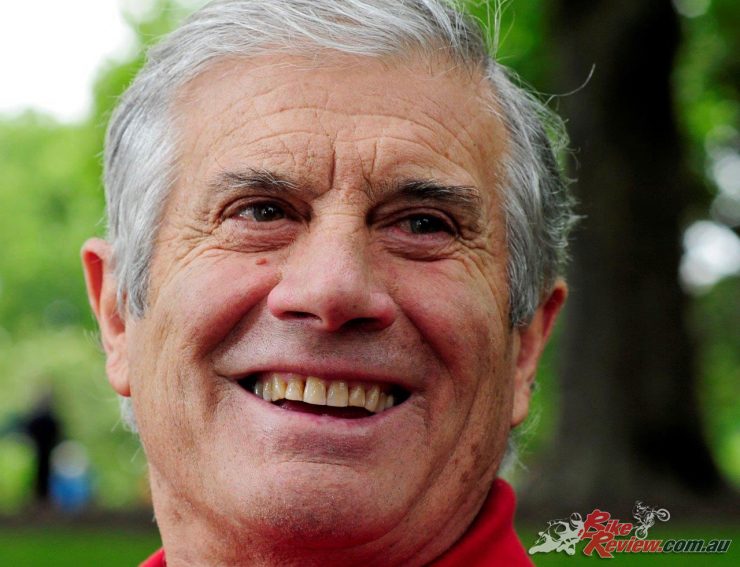 The world’s pre-eminent motorcycle racer, Italian Giacomo Agostini, has arrived in Australia ahead of his special guest appearance at the International Island Classic on this Australia Day long weekend (January 26-28) at the Phillip Island Grand Prix circuit. 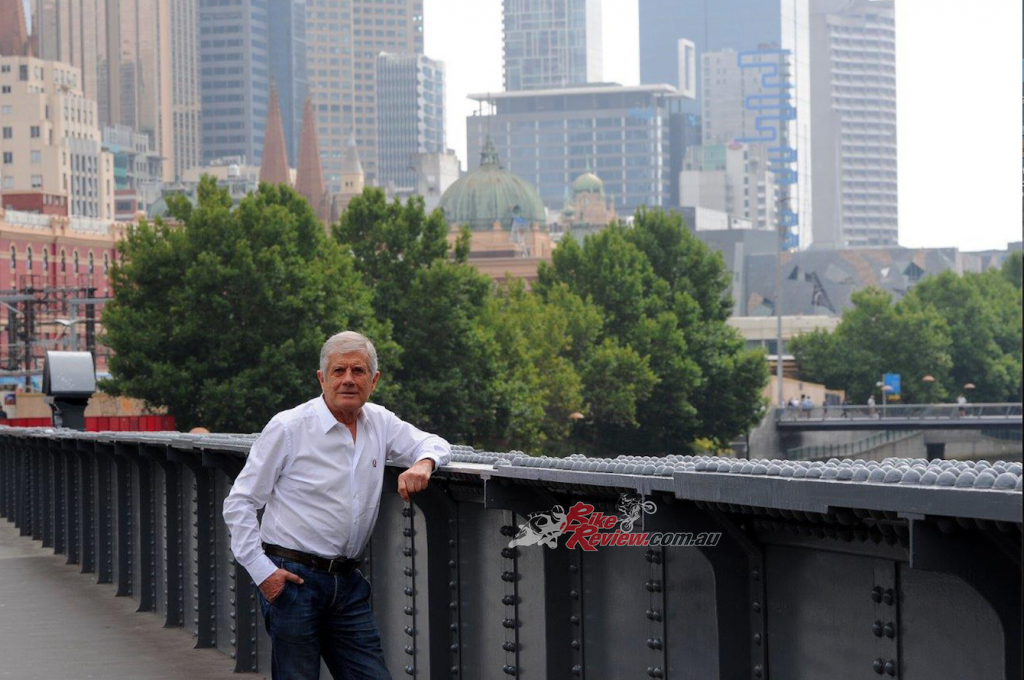 The 15-time world GP champion is not only joined by his wife Maria for the long trip Down Under, but four world championship-winning MV Agustas – the brand most synonymous with the Italian great – are also here from Italy to cut laps around the famous grand prix circuit.

“My first visit to Australia was just over 40 years ago, and it was like being in Italy!” said Agostini in Melbourne today.  “People everywhere were asking me to ‘come for spaghetti’, and it was a memorable experience. That warm hospitality is something I will never forget.

“Since then I have been back to Australia many times, including for visits to the Island Classic, but this weekend is very exciting as the MV Agustas will be joining me – and listening to the music from those bikes will be extra special. The bikes produce a lot of emotion for me, as I enjoyed many victories on them. The memories of the past just keep coming back when I ride them.” 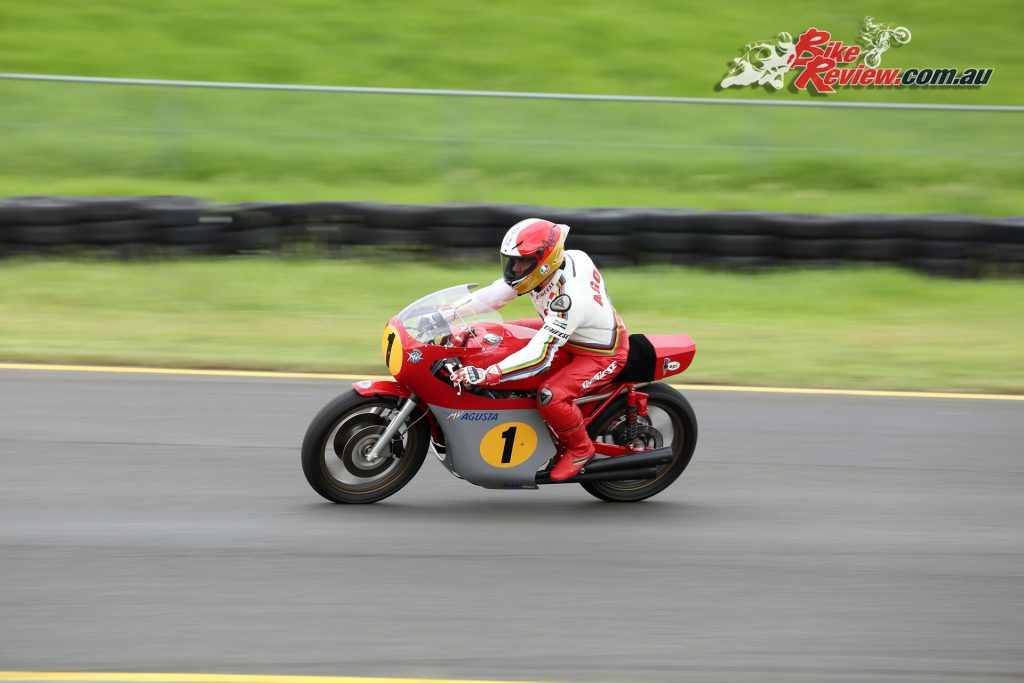 Ago is returning to the Island Classic for the fourth time, for one simple reason: the sheer pulling power of historic machinery.

“The passion from an event like the Island Classic is huge,” he said. “There’s next to no technology on the bikes, a lot were made by hand, and riders just ride them – and sometimes that isn’t very easy!

“These days, electronics makes things very close between riders. In my time, riders had to understand everything on a bike to make them work.

Two of the MVs at Phillip Island this weekend are the ones that brought ‘Ago’ championship success in the 350cc and 500cc GP classes, and he’ll also be riding the 350cc version in parade laps across the weekend, as well as signing autographs, attending the traditional Friday night welcome dinner and some on-course commentary. 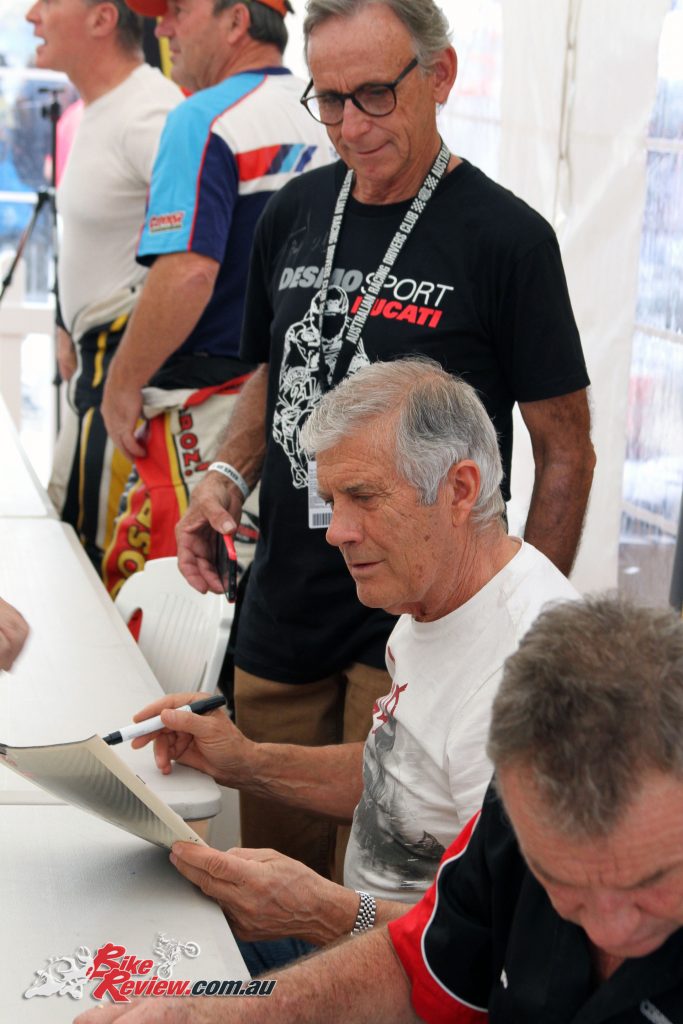 Ago is extremely fit for a 75-year-old, and still rides powered two-wheelers regularly, from scootering in Bergamo to the occasional race track activity. He also dabbles in MotoGP commentary and says that Maverick Vinales will be the biggest threat to reigning world champion Marc Marquez in 2018.

MotoGP action all kicks off soon, but his immediate focus – other than sneaking to catch some Australian Open tennis before heading to Phillip Island! – is putting on a show for the Island Classic fans.

“I am looking forward to a great weekend of racing, catching up with everyone, and also getting out on the track myself. It’s cold in Italy at the moment, so I will also enjoy the Australian sunshine.”

The Island Classic will host 56 races from Friday to Sunday with over 500 bikes racing and 300 riders. All races are between four and six laps and feature bikes from pre-WW1 bikes through to Vintage (1920-1945), Classic and Post Classic (from 1946 to 1972), and the more recent Forgotten Era and New Era classes. Sidecars will also join solos on the program.

Tickets for the 25th International Island Classic are now on sale at www.islandclassic.com.au
Advance ticket sales close at 4pm Wednesday so buy now and save.
Gate sales from 8am Friday, Saturday and Sunday January 26-28.   Racing from 9am to 5pm each day. 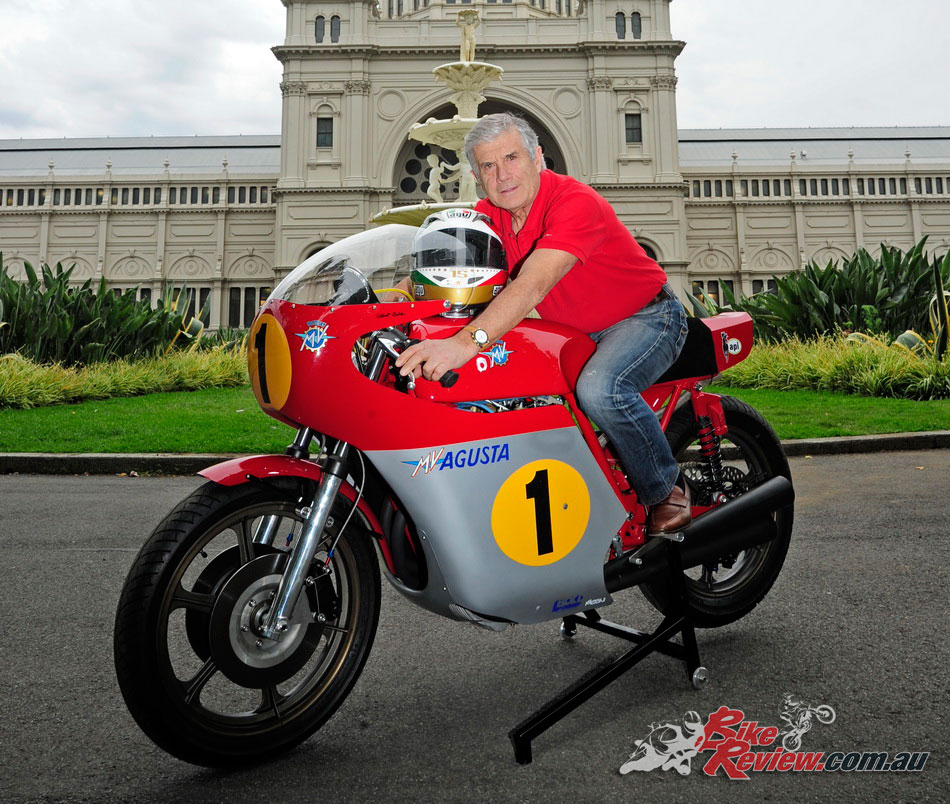