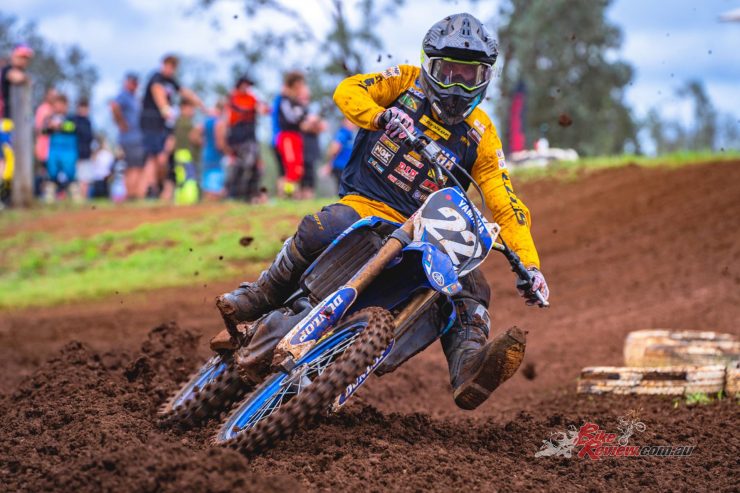 GYTR YJR on song at Regional MX events around Australia

The good form of the GYTR Yamaha Junior Racing team rolled on last weekend as there was a plethora of racing right across the country and again, GYTR YJR took up plenty of podium space. The weekend saw racing kick into gear with events in QLD, VIC, TAS and WA. 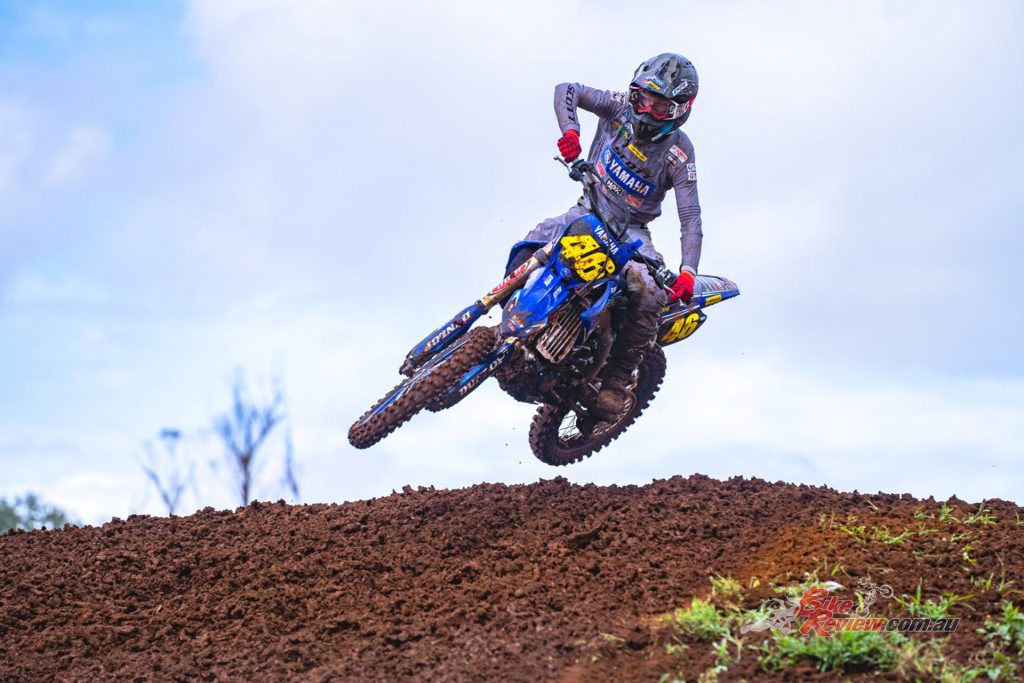 “Kobe Drew continued to be the man to beat and took five race wins out of the six contested over the weekend.”

Round two of the ever popular Sunshine State Motocross Series launched to life at the Kingaroy circuit, two hours west of Brisbane. The recent rain had everyone nervous but the weekend shaped up well and the track held up all weekend with next to no rain falling.

Kobe Drew continued to be the man to beat and took five race wins out of the six contested over the weekend. Drew won all three races on his YZ250F and handled the rutted surface well. He also took the win in the 13-15 years 125cc class with 1-4-1 results and now has a comfortable lead in both classes at the completion of two rounds. 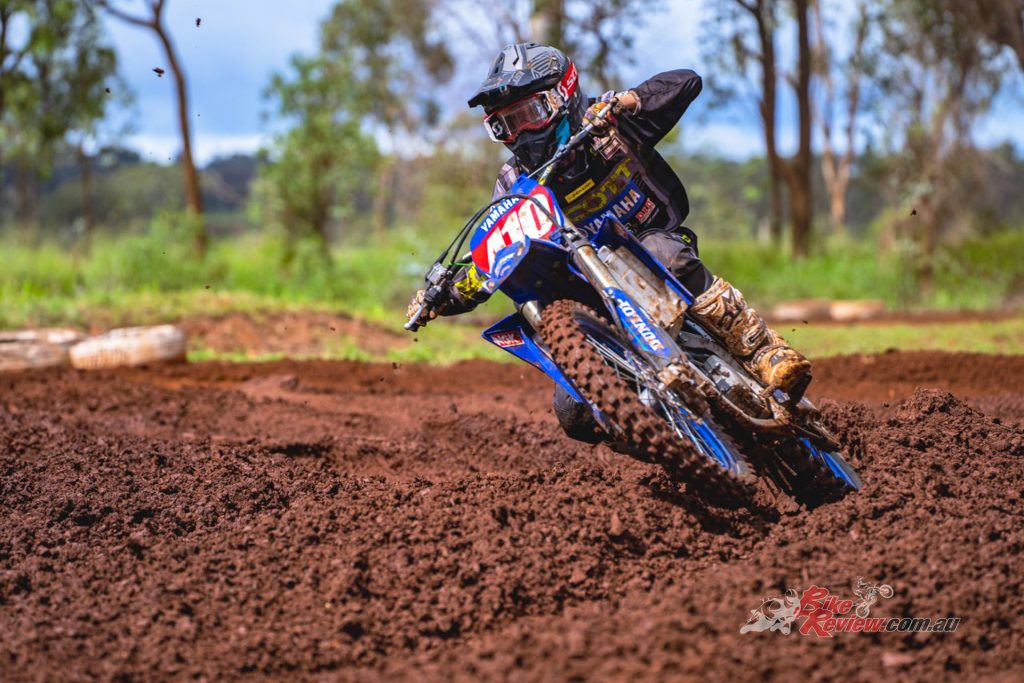 Jake Cannon managed to grab two wins and a third in the 85cc class on-board his YZ85.

Team mate, Jake Cannon also wanted some of the podium action and went straight to the top of the box in the 12-15 years 85cc class. Cannon won races one and two and was on track for a clean sweep when he fell in the third. He finished with 1-1-4 results but still enough to take the round victory.

He also stepped onto the podium for the first time in the 125cc division. He finished with 4-3-6 results and showed good speed to mix it with the more established riders in the 125cc class to claim third for the round. 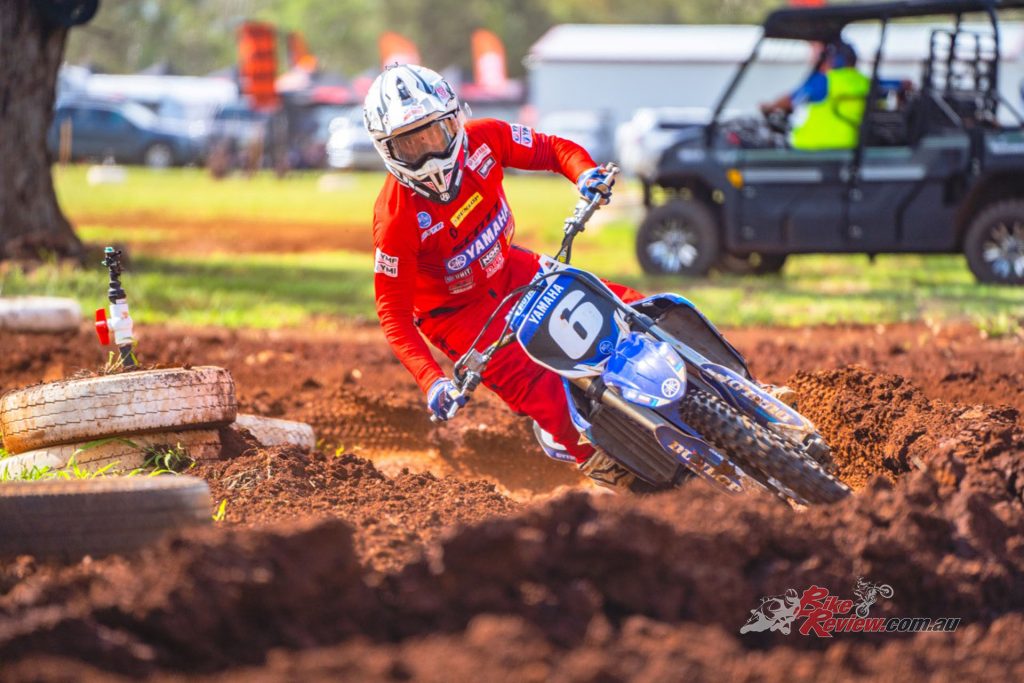 “Jay Wilson took the the MX2 class with 3-3-1 results with teammate Rhys Budd in third and Levi Rogers in fourth.”

In senior competition, Jay Wilson took the won in the MX2 class with 3-3-1 results with teammate Rhys Budd in third and Levi Rogers in fourth. Jackson Camilleri turned in another strong performance in the MX2 Expert division. Rhys Budd also stepped on the podium on Sunday after finishing second on the MX1 Pro class.

The Tasmanian Motocross Championships got under way with the Tasmania crew at full strength as both Angus Pearce and Jay Jennings suited up for the first time this season. Pearce took control of the 13-15 years Lites class winning all three races and making the perfect start to his championship effort. It was also the first time Angus had raced the 250cc machine and he adapted instantly to the new bike. 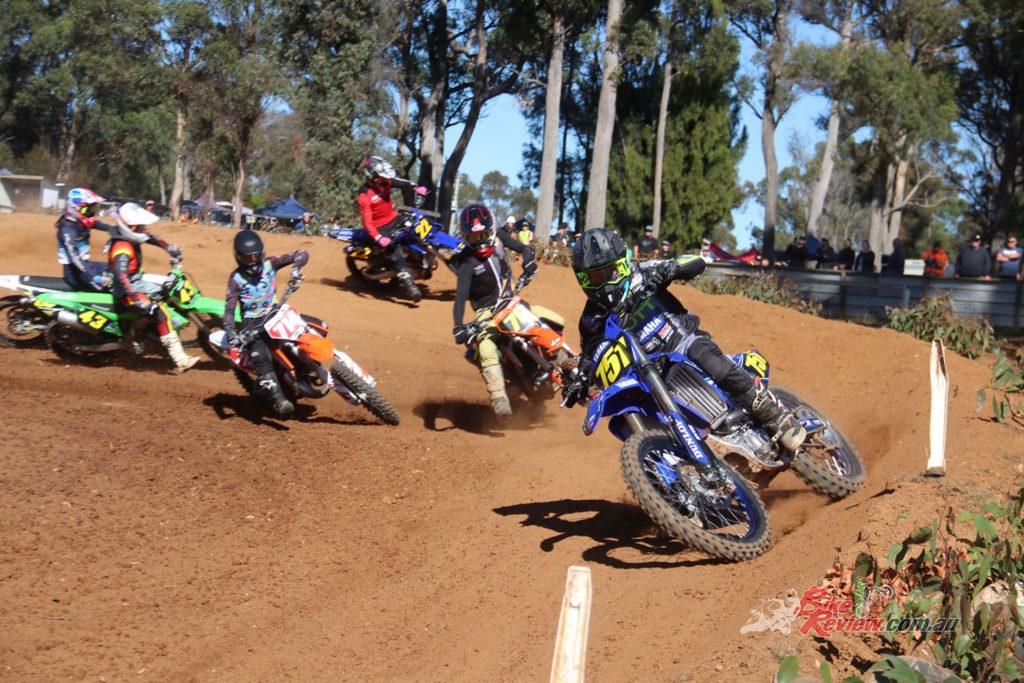 Angus Pierce jumped on-board his new 250 and instantly felt at home on it, winning all three races.

Jay Jennings made it a winning weekend for the team as he took the win in the 10-12 years 65cc and also the 9-11 years 85cc. He won all three races on the 85 and was on track for the same on the 65 but racing was suspended as conditions were dusty as the final rounds were about to get under way.

The sand gropers got their first hit out of the year at the Best in the West event held at Bunbury, each year. The event always proves to be a great lead in for the season proper and the WA team took full advantage of the track time. Jake Rumens started the season in great fashion taking the win in impressive circumstances in the 12 15 years 85cc class. He won all three races and powered his YZ85 into the lead with authority. 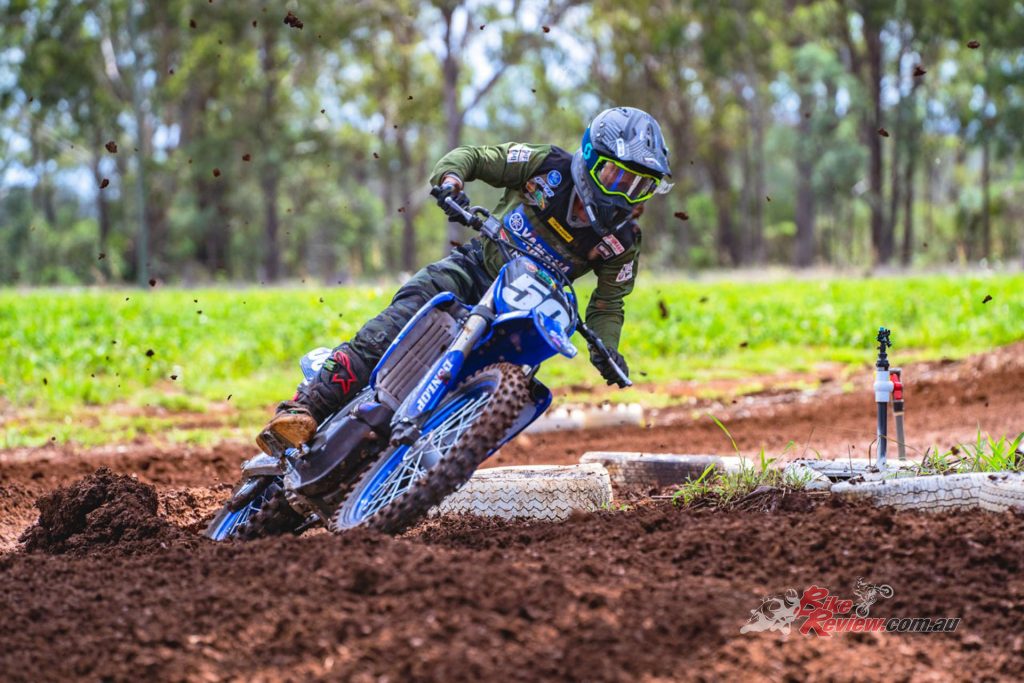 The YJR had a commanding presence around the country, consistently on the podium in all classes.

Making his debut for GYTR Yamaha Junior Racing was Deegan Fort. After stepping up from a support ride in 2020, Fort made a good fist of things in his first majoring out for the team taking second place in the 65cc class and a third place finish in the 85cc division.

Victoria had two regional events on over the weekend with the opening round of the Northern Region Motocross Series at Alpine, while the Wonthaggi circuit hosted a round of the Gippsland series. Jobe Dunne flew the flag for the team at the Alpine, taking the win in the 9-11 years 85cc class. Dunne was a step above his competition and is primed for a big year. 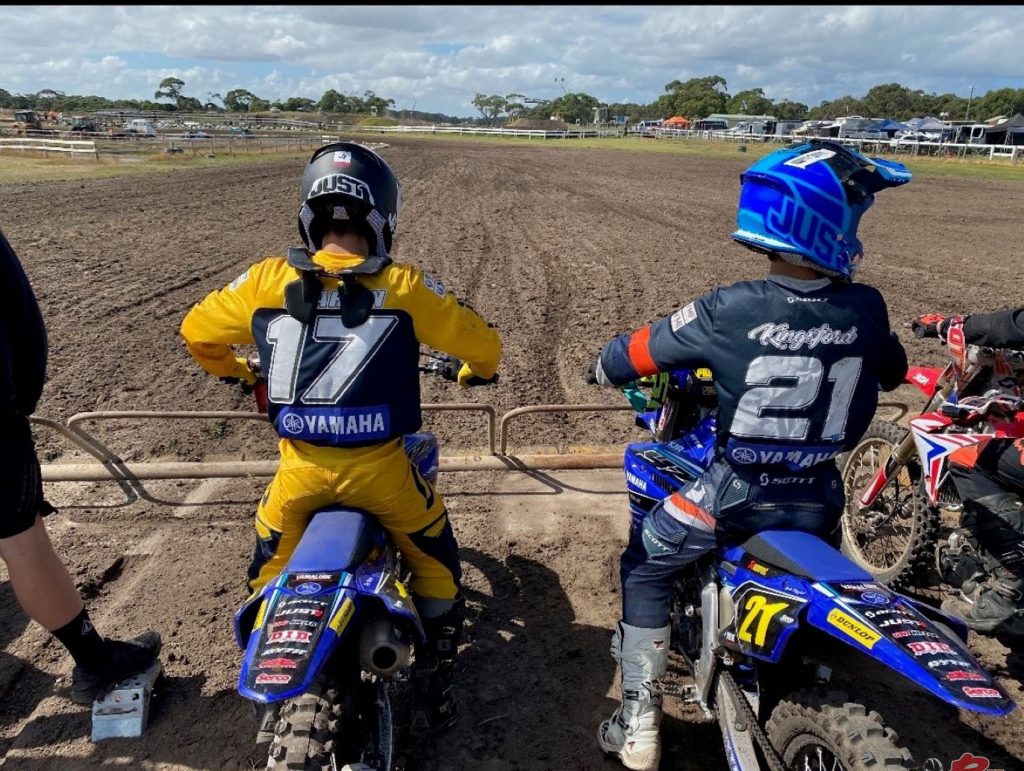 “At Wonthaggi, Ryder Kingsford and Pat Martin were on hand for the bLU cRU and did a great job.”

At Wonthaggi, Ryder Kingsford and Pat Martin were on hand for the bLU cRU and did a great job. Kingsford put in another commanding performance to take victory in the Junior Lites class, winning each moto contested, while Pat Martin made it a team 1-3 as he slotted into third place with 3-2-3 results on the weekend.