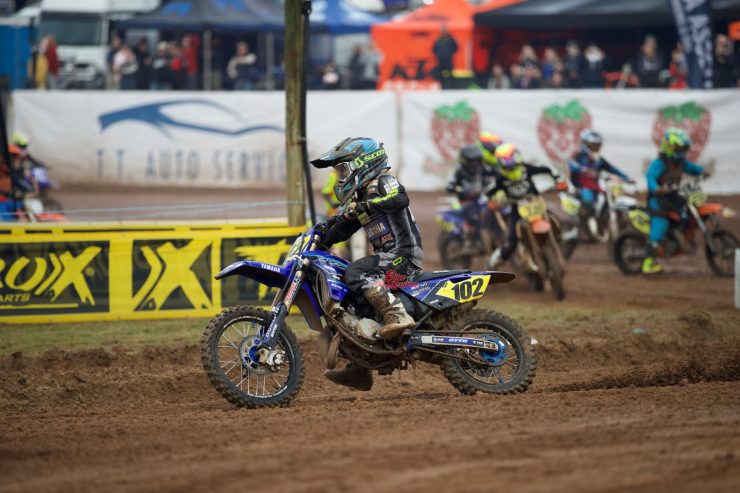 GYTR YJR Roll On Despite the COVID-19 Restrictions

Despite the various state and regional lock downs, some areas have been active in racing and when there is a race, the GYTR Yamaha Junior Racing Team say they will be there flying the Yamaha flag. It’s been left to the WA and Tasmanian riders to head line the team at their recent state championship events. 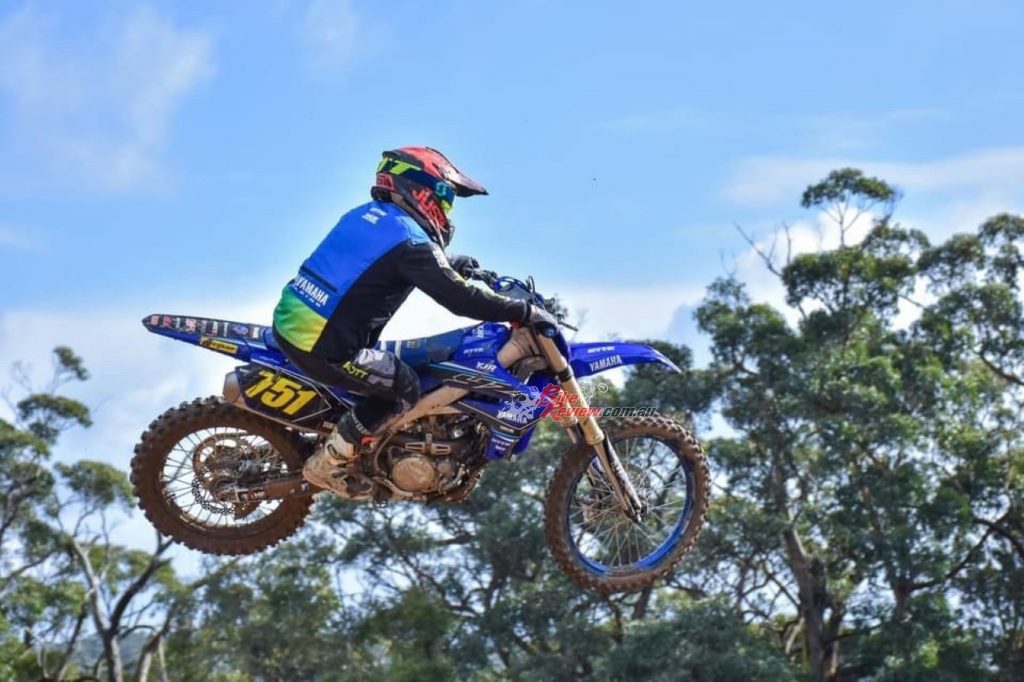 Angus Pearce is currently on track for a win in the lites class after extending his championship lead by 41 points.

Tasmania has been able to sneak in a couple of state rounds to keep their racing going and have now just one more state title round remaining for the 2021 season. The duo of Angus Pearce and Jay Jennings are in the box seat, leading their respective championships after recent good form.

Peace has been looking good for victory in the 13-16 years Lites class after dominating the last two rounds. Pearce took three from three at Smithton and backed that up with identical results from Cambridge, meaning he has won six races on the trot and has extended his lead out to 41 points over his nearest rival. 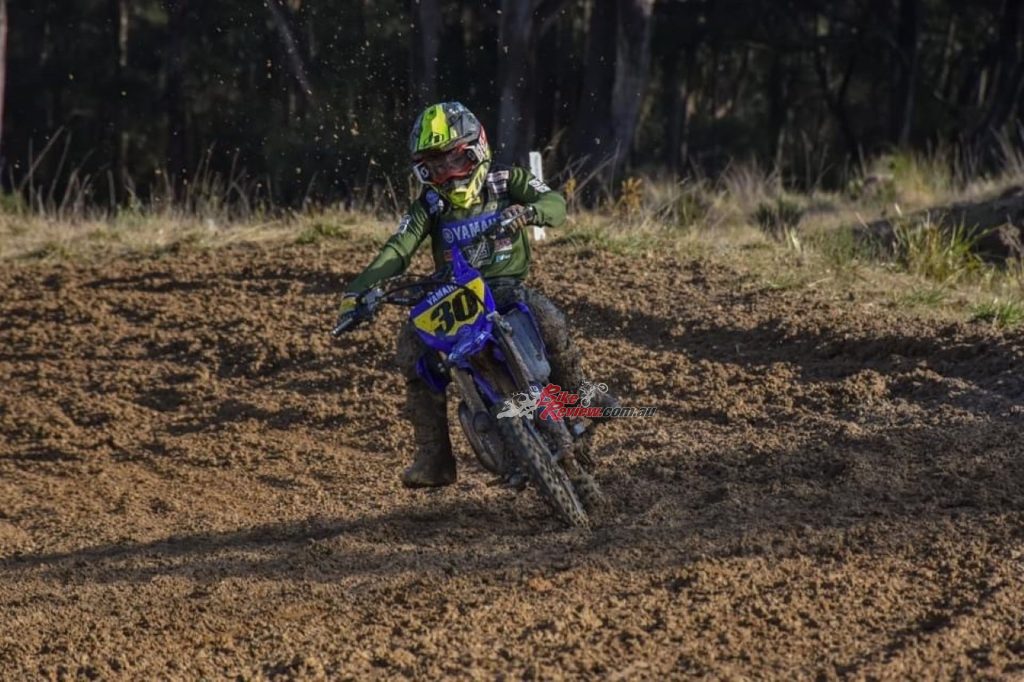 Jay Jennings is also in a good position after the Cambridge round and leads both the 10-12 years 65cc class and the 9-11 years 85cc class. Jennings dominated the day at Smithton, winning all his races and cement his position at the top of the championship chase. Any consistent round at Cambridge on the weekend saw him consolidate that position despite not feeling 100%.

The GYTR YJR WA guys have also been in action with plenty of local racing over there to keep the team of Jake Rumens and Deegan Fort motivated. The weekend just gone saw the running of round four of the Western Australian Motocross Championship and the riders again showed good speed and skill on a wet track. 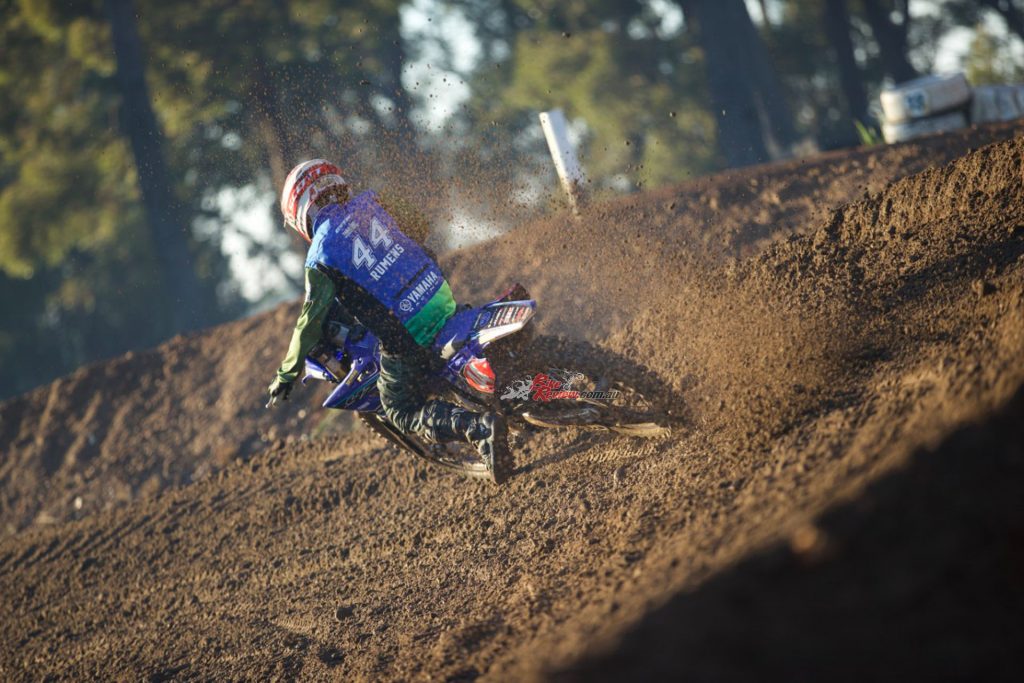 GYTR YJR rider, Jake Rumens, was also able to put some consistent races together in the 13-15 years 125cc class, finishing fifth in all three races and now moves to fourth in the championship.

Jake Rumens come out swinging on his YZ85 to take the round victory with 1-1-2 results and close in on the 12-14 years 85cc class lead. Rumens came into the round in second place but needing to win races to claw his way back to the top and he was able to make that happen and now just sits one point from the class lead.

Deegan Fort also doubled up on the weekend contesting both the 10-12 years 65cc and the 9-11 years 85cc class. Across the six races he contested, he finished with five, second place finishes and one fourth, giving him second place in both divisions. But the battle for the state championship is far from over with three riders duking it out for 85 class honours, while Fort sits in second on the 65cc, 24 points from the championship leader. 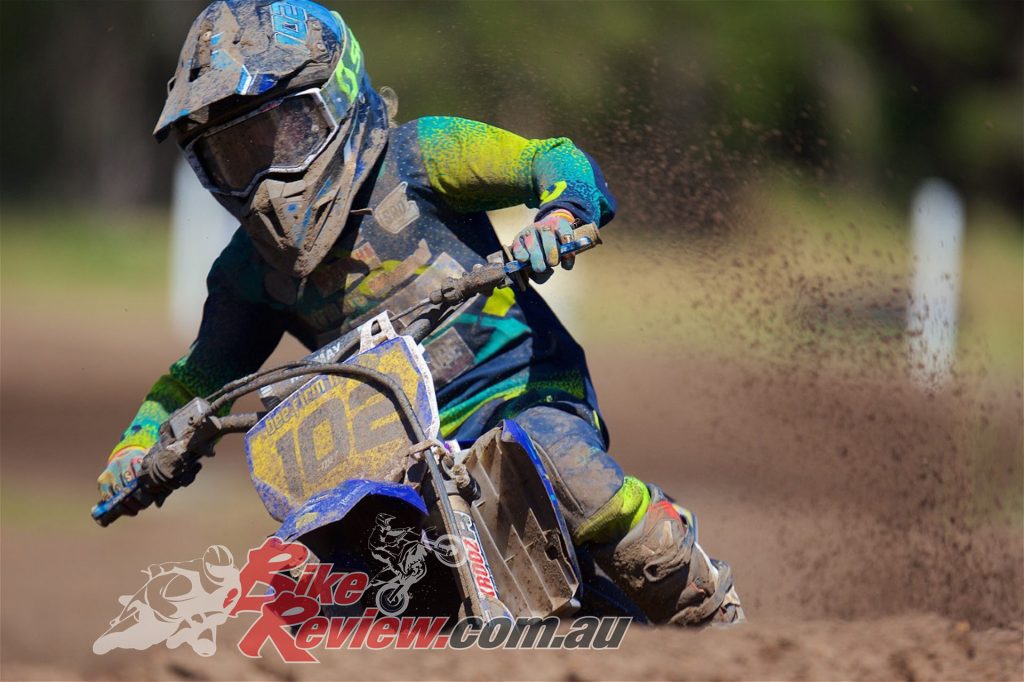 The opening round of the Queensland Motocross Championship got underway at the Coolum circuit recently, but no sooner had it started, it was shut down when South East Queensland went into a snap lock down. Practice was completed but no racing held. Mackay is the next round on the schedule while MQ look at a new date for the Coolum round with the increasing COVID-19 concerns.

But, a round of the Queensland Off Road Championship was able to be ran recently and the young guns of Harley and Drake Hutton contested the event. Harley took the class win in the 85cc J1 category while younger brother, Drake, finished second on his 65. Old man Kirk also took the win in the Masters Over 45 class.