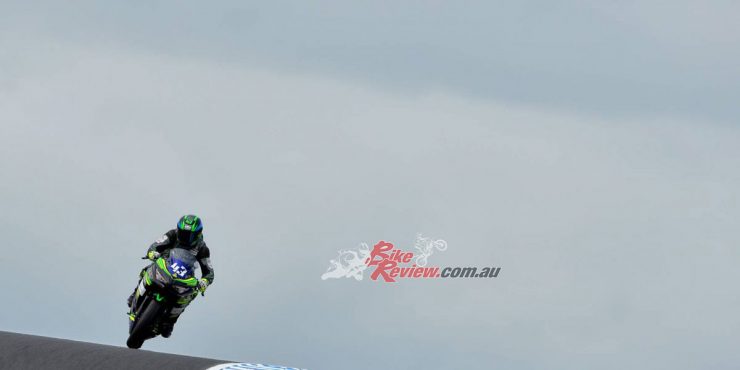 Harry Khouri has slotted his Addicted to Track Kawasaki on pole beating his nearest rival by just over half second recording a time of 1:48.490 in the YMI Supersport 300 class at the 2020 mi-bike Motorcycle Insurance Australian Superbike Championship, presented by Motul. Words & Pics: MA 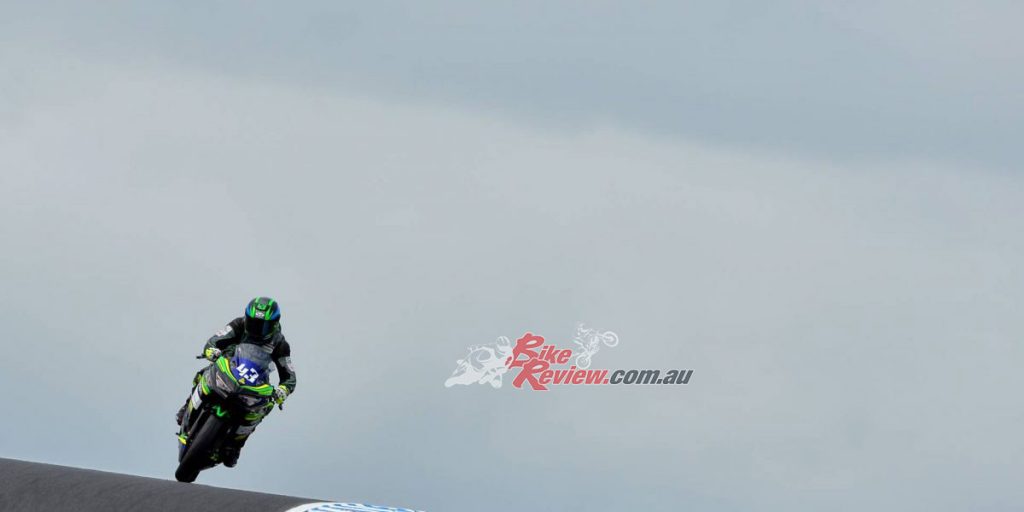 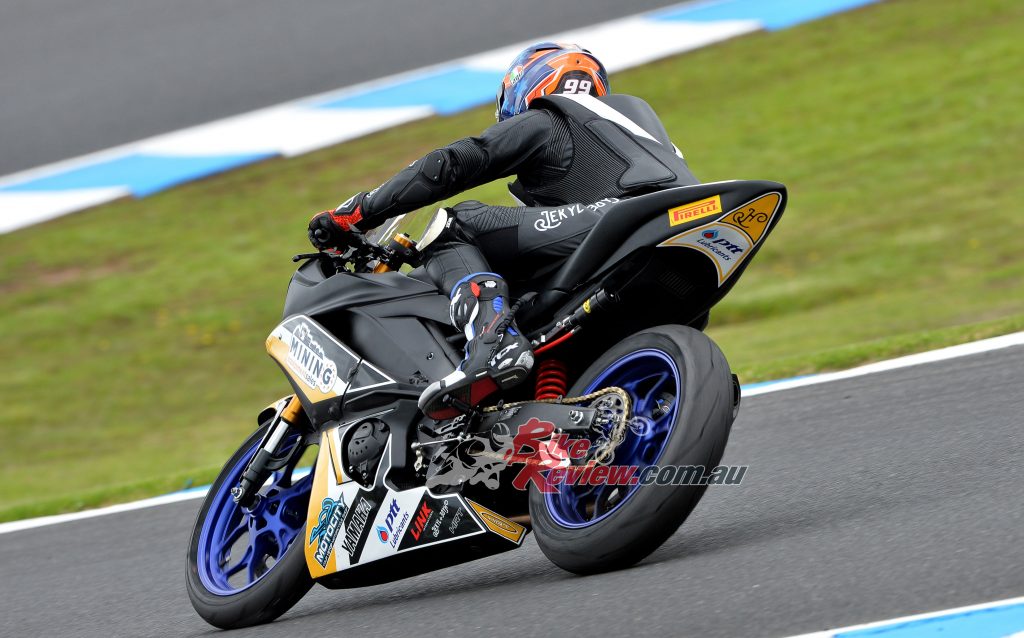 Jacob Hatch unfortunately had a crash just before the end of qualifying and his team went straight to work back in the pits to get the bike ready for tomorrow.
Hatch said after the race he was fine “Just a slower rider in front of me I clipped as he put the brakes on mid corner but where happy and the bikes okay and ready for tomorrow”. 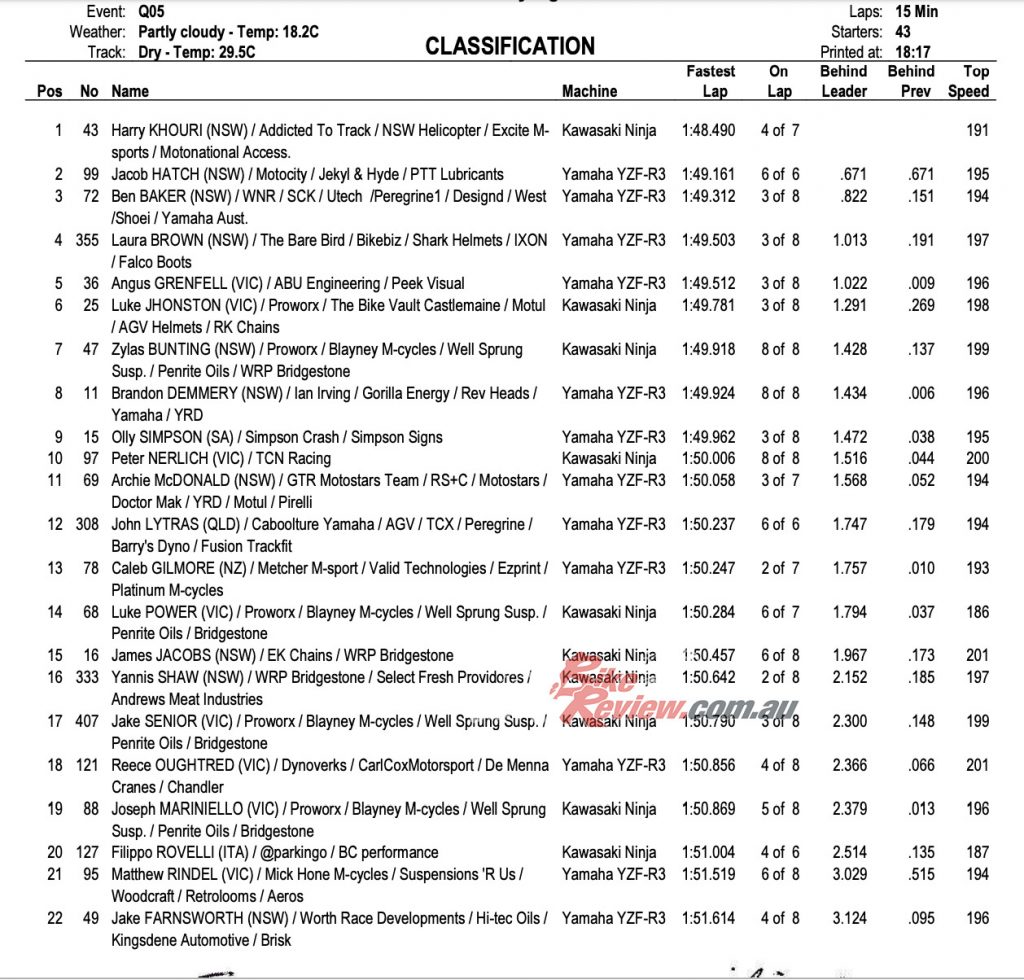