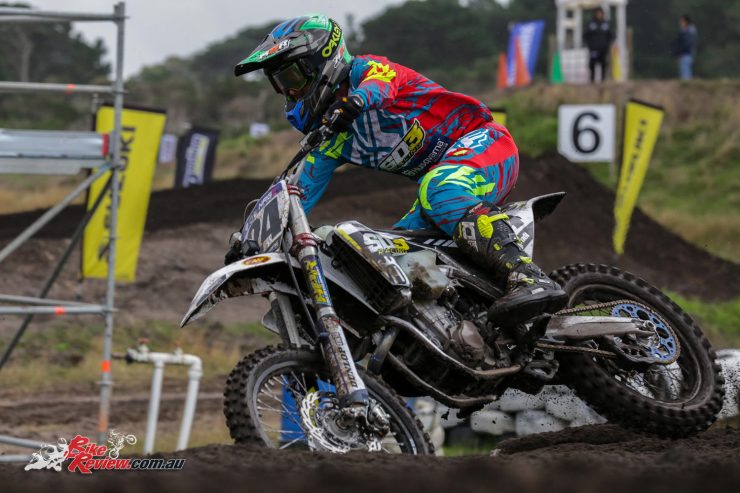 Husqvarna on pace at Wonthaggi

Few expected Brett Metcalfe to be back on the pace on his Husqvarna quite so quickly and completely as he was at the opening round of this year’s MX Nationals series at Wonthaggi in Victoria.

Less than a month after arriving back in Australia and with just a couple of days testing under his belt, the highly-decorated South Australian-born international took the SD3 team’s Husqvarna FC 450 to the top of the time sheets in qualifying, and posted lap times among the fastest in both motos.

Disappointingly, there was to be no fairy-tale homecoming for ‘Metty’, who after recovering from a Moto 1 crash to finish fifth, was positioned threateningly behind eventual race winner Dean Ferris and Kade Mosig in third place in the second moto, when a roosted rock holed his ignition cover and his machine began to bleed out.

The DNF leaves Metcalfe 19th overall in the championship; not ideally positioned, but with clear proof of his level. 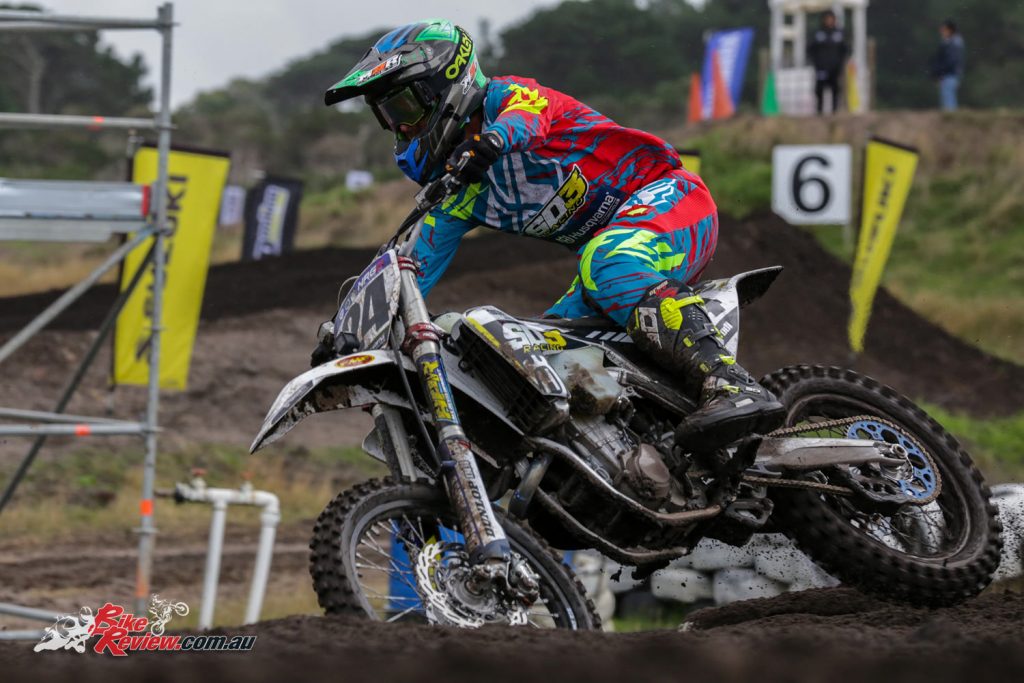 Brett Metcalfe; “It’s a mixed bag of feelings I guess, but at the end of the day I’m walking away with a handful of positives and definitely some negatives there. But we were fast all day and competitive with what was probably two good days of testing going in, and a new setup with the Husqvarna 450. We sat on top of qualifying session and had the fastest lap in both motos. Our bike was working awesome today and our track speed was good. I felt like that second race was one that got away, but I wanted to come in and gauge where we were and after arriving just three or four weeks ago it’s not bad, but there’s a lot of room to progress.”

MX1 rookie Zak Small was also off on a positive footing on the Mega Motorcycles FC 350, 18th and 13th giving the Queensland Champion 13th overall.

Zak Small; “I had a good day. I adapted really well to the 30-minute motos and would probably rather that than the 20s. I felt really good all day on the bike – I was absolutely loving my race bike, liked the tracks and everything was good. I just need to work on my starts and the first couple of laps to get that intensity up, because, wow them guys are fast. The intensity is insane compared to my past classes of racing. It was an awesome experience and I can’t wait to do it again and improve every time.”

In MX2, Husqvarna Synep Racing’s Dylan Wills and SD3 Husqvarna’s Luke Arbon both showed very positive form in their first rides back from injury, Wills beginning proceedings with a ninth overall after running as high as third in the opening moto, and Arbon 11th after passing 25 riders in an action-packed first moto as he recovered from a second corner fall. 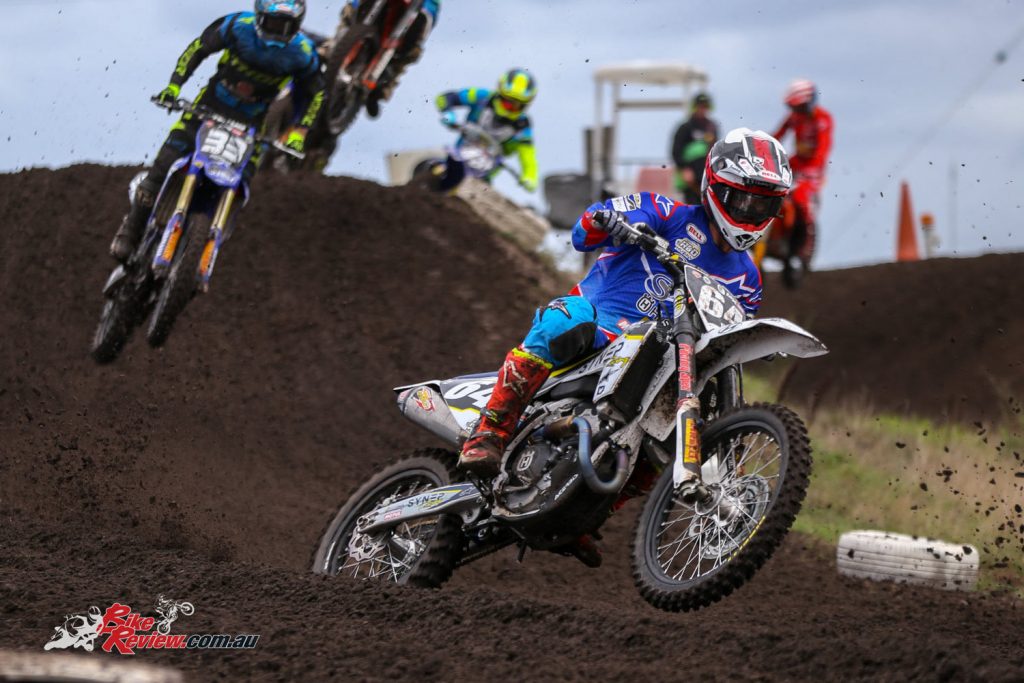 Dylan Wills; “Ninth didn’t really show what I was doing on the bike today, but I think not racing lately and being behind the eight ball to start with just caught up with me and I made a couple of mistakes. It felt like the start of my rookie year and it was all happening a little bit quick. The first race was really positive, I sat in third and when the front two went off I didn’t really try to chase them, just tried to ride my own race, but unfortunately, I was going around a pack of lappers and I changed my line and went down. I was disappointed but really happy with the ride. Straight after coming back, running top three for half the race was pretty cool. In the second race they were going crazy at the start and I just struggled with the intensity and was 11th. All in all, I got points, and I’m nowhere near my potential yet, so, onward and upward.” 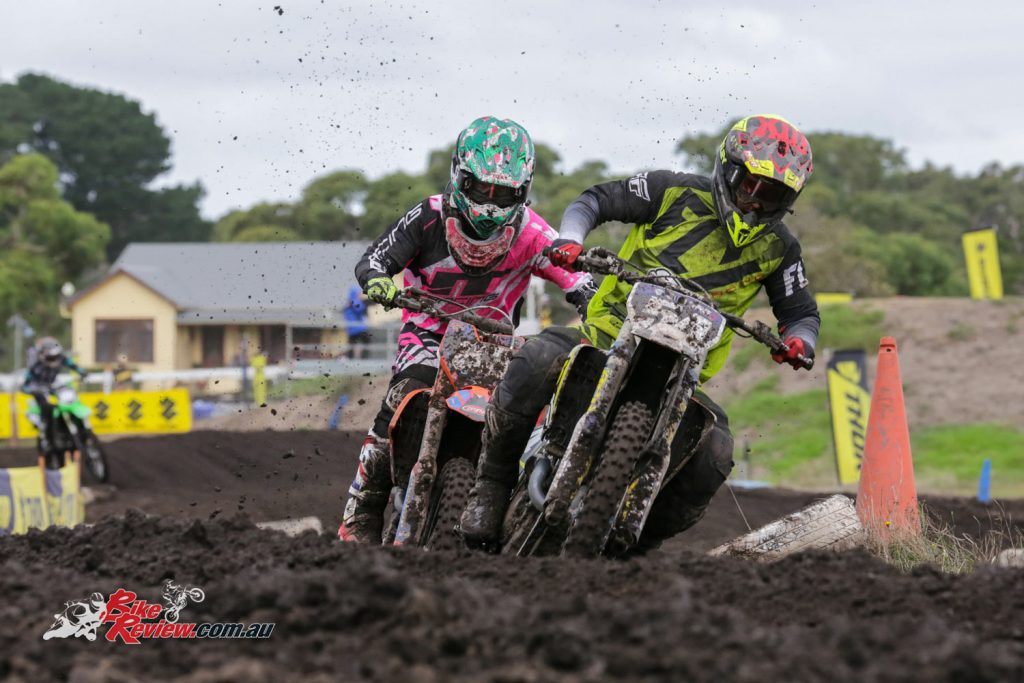 Luke Arbon; “My jump was good in the first one, but I missed the gear change and got boxed in, then got clipped in the S section, went down and got run over. I got going last and then came together with another guy while trying to pass and we both went down, so I had mud everywhere, but I just kept pushing through and did my best for 15th. Moto two I had a decent start, but rode a little bit tight, and there’s a lot of young kids going fast. I haven’t raced for ten months so it wasn’t too bad of a start, but there’s a little bit more work to do with the bike and myself.” 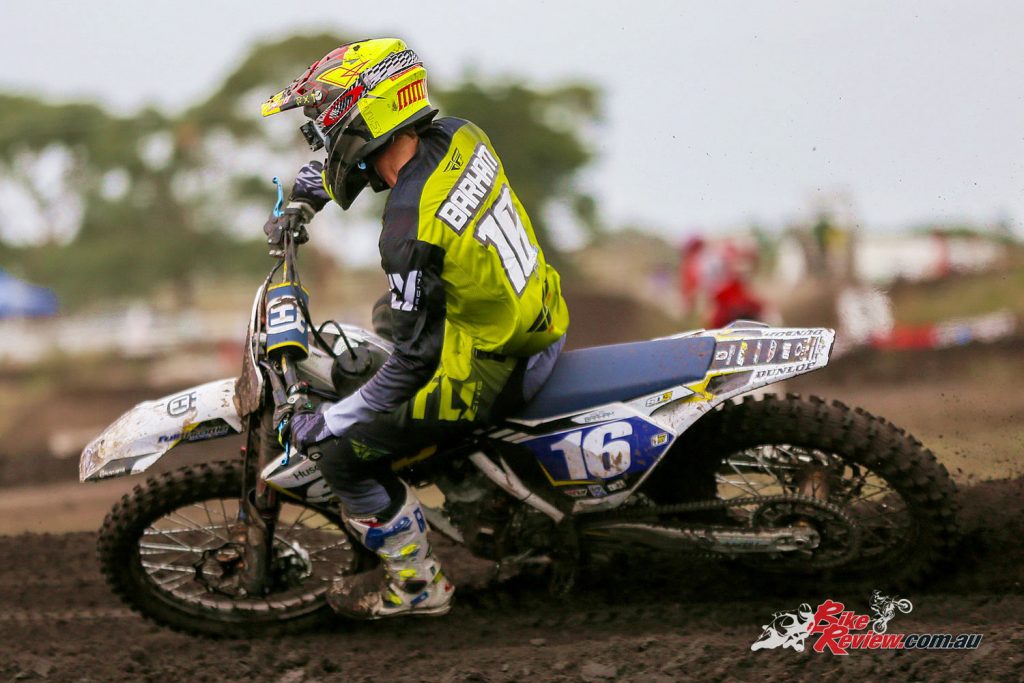 Kaleb Barham; “It was a solid start to the season. The track was gnarly and it was a weird soil I wasn’t used to, so it took me a little bit to get my head around it and salvage some points. The bike and the setup was good, just my starts weren’t great and the track was really hard to pass on. In the first I came from tenth through to sixth, then in the second I got a better start and got to third, had a few battles here and there but managed to stay there so it was good.” 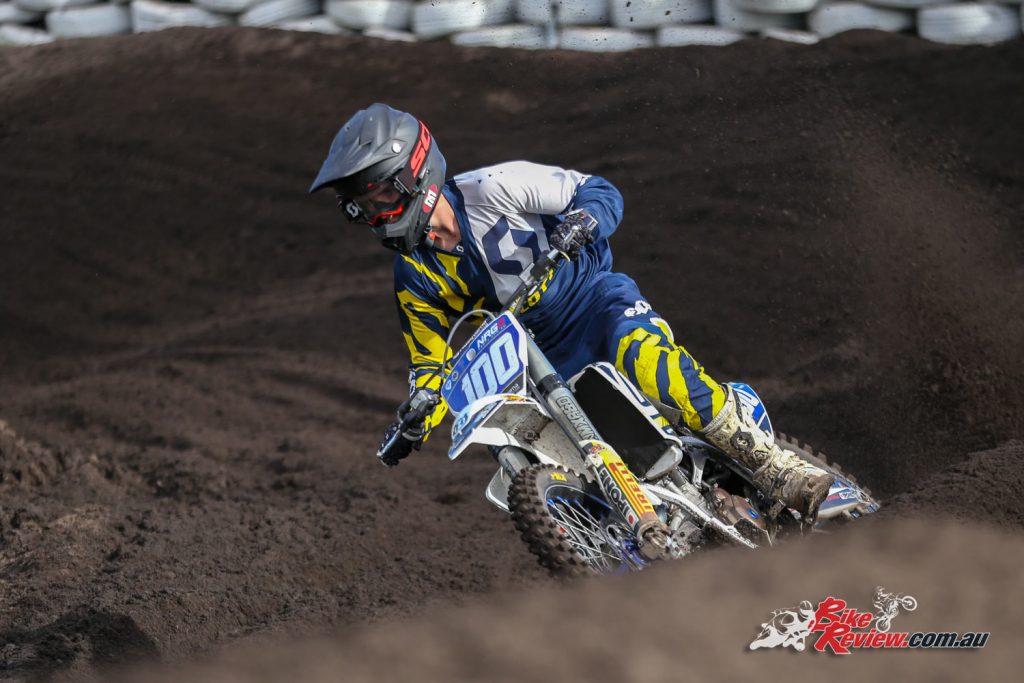 Steve McKinnon – SD3 Husqvarna Team Owner: “We’re placed pretty well. In MX1 qualifying we were fastest by a considerable margin, third in SuperPole, and Metty was fifth in moto one with the fastest lap. We made some changes and in moto two fror the first 15 minutes we were flying and closing on Dean and Kade Mosig at a rapid rate of knots, when unfortunately the rock hit the bike and we DNFed. Before the weekend if you’d have said Metty would be the fastest in almost every session after being in the country for only four weeks, I wouldn’t have believed you. The team pulled something together in a couple of weeks that the others have been working on for three or four months. I’m thrilled with Luke’s first national level race in not far short of a year. He got a good jump in race one, but after a second corner crash was stone motherless last and overtook 25 people to get to 15th so it was a decent ride. In the second he struggled a bit. He got a decent jump, but dropped back a couple of places and couldn’t get any real flow going and finished tenth. But we’ll work over the next few weeks and he’ll look even better. Little Kaleb just gets it done. In moto one he battled hard for sixth in a decent ride, then in moto two he had a third and it was a bloody good ride. There’s some quick kids in MXD this year and for Kaleb to come out fourth on the day. I’m very happy.”

MX Nationals Championship points after round 1: