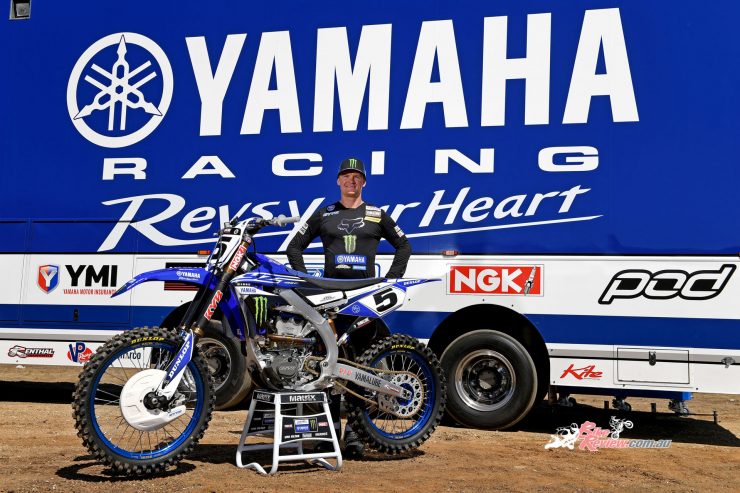 Sometimes, post championship celebrations aren’t all they are cracked up to be. After a four round, every race battle of death with Cody Cooper, Yamaha’s Kirk Gibbs emerged as the 2020 MX1 New Zealand Motocross Champion, making him a two time winner. 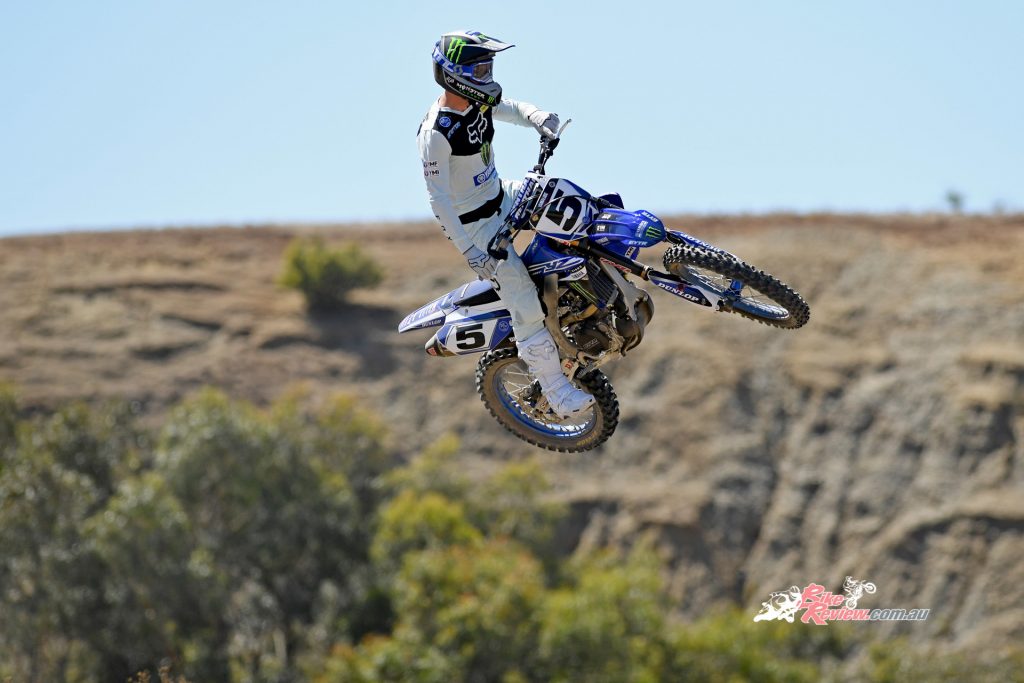 Upon returning to Australia, Kirk Gibbs was forced to spend two weeks in mandatory isolation at his home.

After a few quiet drinks with the JCR team in Taupo, Gibbs flew back to Australia and was immediately quarantined in his own house as part of the war against COVID-19. Not that partying it up is Gibbs style, but being locked up in your own room for two weeks will hardly match the after race parties of previous years.

With his two week mandatory isolation coming to an end, we thought we would catch up with the champ to see how his championship unfolded.

On paper, the New Zealand championship doesn’t look as difficult to win as it always turns out to be. Australian riders have struggled there in the past and really the only two riders to have won there in the past decade are yourself and Jay Wilson. What makes winning a NZ National so hard?

Gibbs – Cody Cooper makes it hard in MX1. He is an experienced and determined racer that knows how to get it done in NZ. He knows the tracks extremely well, is an awesome starter and still carries good speed for the full 20 minutes. This year, I think I had a little bit of speed on him but my starts at round one weren’t so good, but I worked hard on those and once I was able to be a consistent top three starter, the race results came a little easier. But racing Cody in New Zealand is a challenge and he is still a great rider. 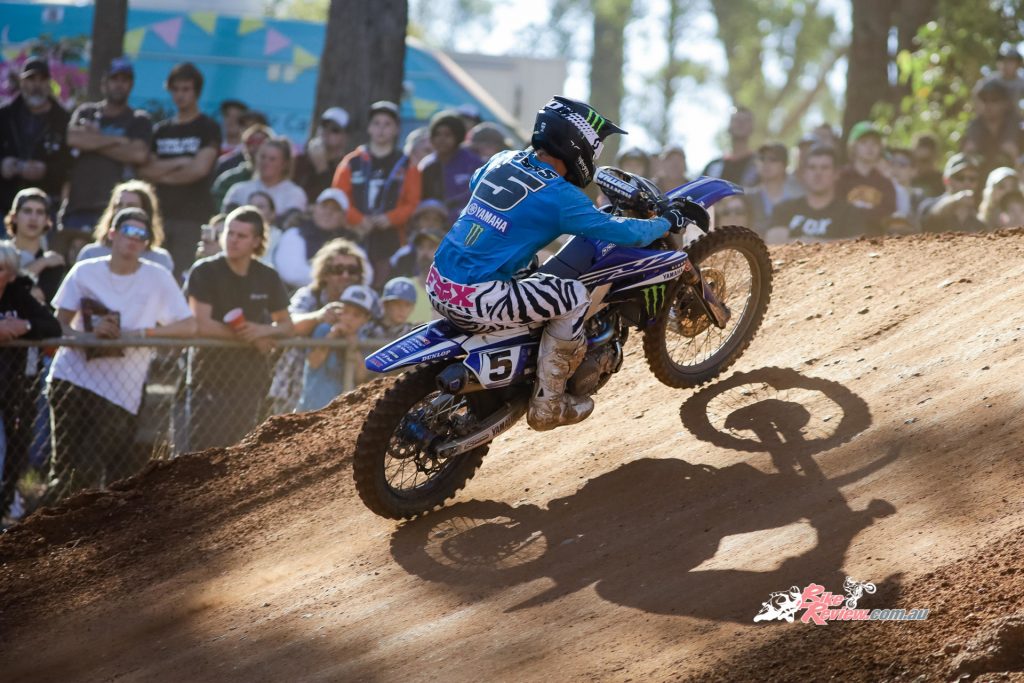 Gibbs emerged as the champ in the MX1 New Zealand Motorcross Championship, competing with Cody Cooper.

Again, it came down to a last race deal with yourself and Cody Cooper but you did have small points buffer on him going into the last race, so were you confident you could get the job done?

Gibbs – I had a seven point buffer going into the last race and that was because I won the first moto of the day which not only gave me some extra points but also some confidence to run his speed at Taupo. I was confident going into the last race as with seven points, I could still finish third and secure the championship and because the depth isn’t that strong in MX1 in New Zealand at the moment, I knew I just had to get a good start, stay out of trouble and that would be enough to get the championship. 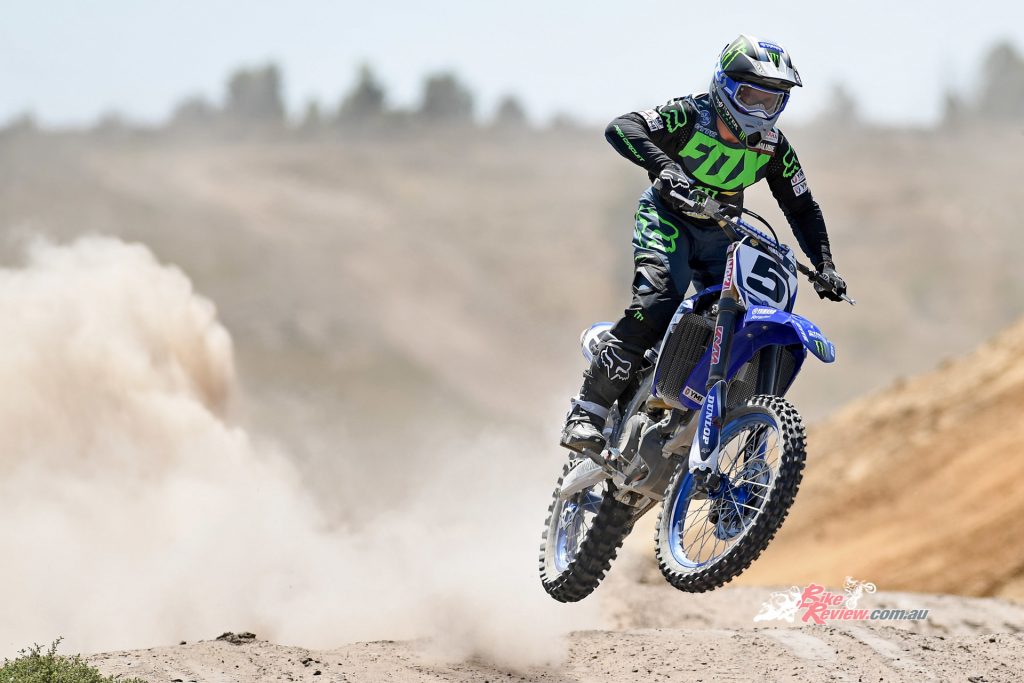 “…I knew I just had to get a good start, stay out of trouble and that would be enough…”

The relationship between Yamaha, JCR and CDR is a close and strong one and you have worked a deal to ride with both race teams, how does that work and come about?

Gibbs – I guess it started from the relationship both Josh and Craig formed several years ago when Josh was racing for CDR. A lot of the team sponsors carry over and it makes an easy transition between the two race teams and both work together to get the best results for us. Craig came over for a round this year to see how things were going and worked with Josh so its really a unified team and a great environment to be in. 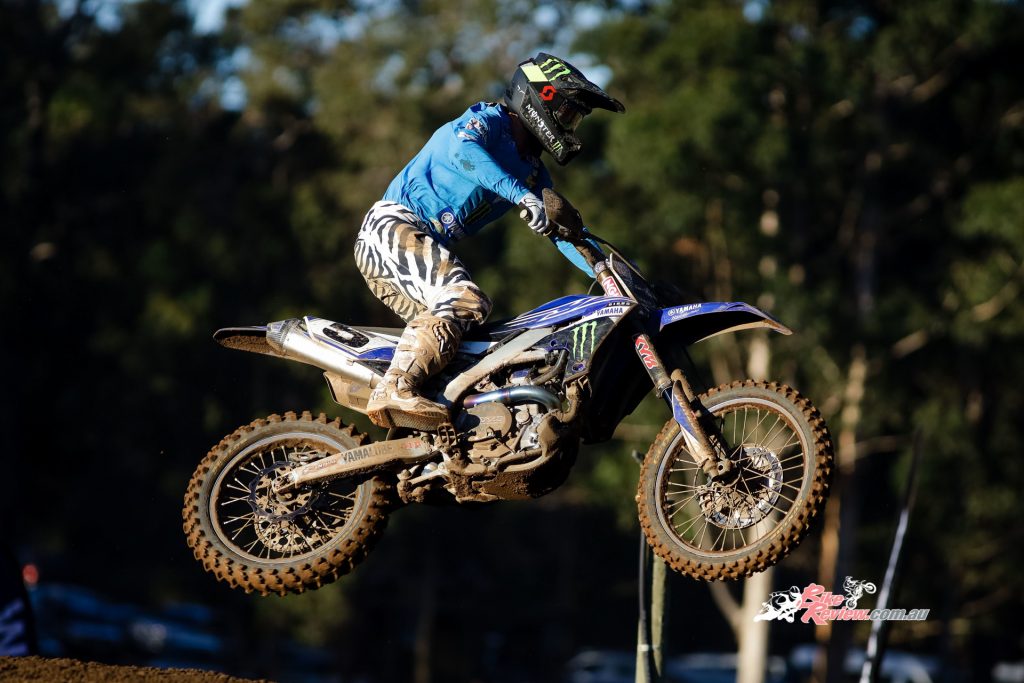 Kirk Gibbs is approaching the end of his two-week isolation and is looking forward to getting out and exercising.

What about the management style of Josh and Craig? Two completely different kinds of guys yet they both get the job done?

Gibbs – They are both different, but I think they are more alike in a lot of ways. Both are ex successful racers, both run successful race teams, both are determined and passionate about racing and both are intense in their own individual ways. Craig is more a hands-on guy who likes to get involved with the rider and solve issues or problems while Josh tends to let things roll a bit until he feels they are going off track and he then steps in and rights everything. Both have a huge amount of racing knowledge and its great to have both of them there to help when required. 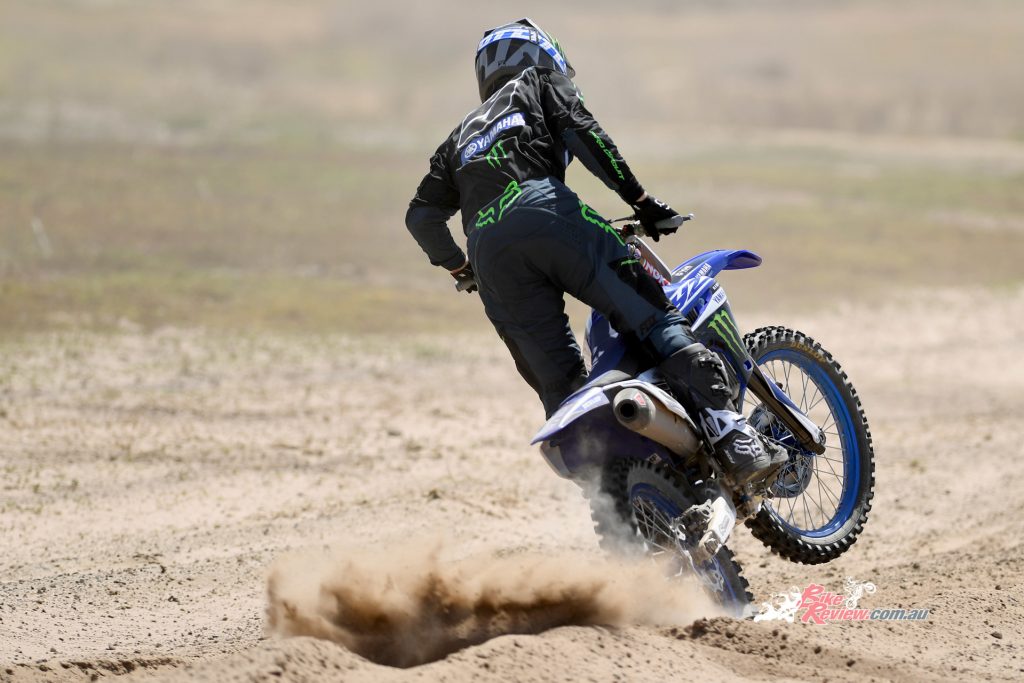 “A standard 450 is so good these days, you don’t need a lot of things done to it to be competitive anywhere in the world.”

What are the differences between your JCR and your CDR Yamaha YZ450F?

Gibbs – The bike I race in New Zealand is virtually standard. We can’t run race gas in New Zealand, the motor is standard apart from an exhaust system but having said that, the only difference is I run a GYTR head on my Australian bike and some race fuel. A standard 450 is so good these days, you don’t need a lot of things done to it to be competitive anywhere in the world.

Why do you keep going back to NZ. You have been going for five years now?

Gibbs – Because I don’t do supercross, doing the New Zealand Nationals makes it the perfect season for me and the same length as the guys that do supercross. The fact that working between CDR and JCR is seamless and the timing is perfect for our season, then I’m always happy to do them. It also works as the perfect preparation for our MX Nationals. The tracks in NZ are great to ride and well prepared, the intensity of a 20 minute race is good, and the people treat me well, so I love going over there. 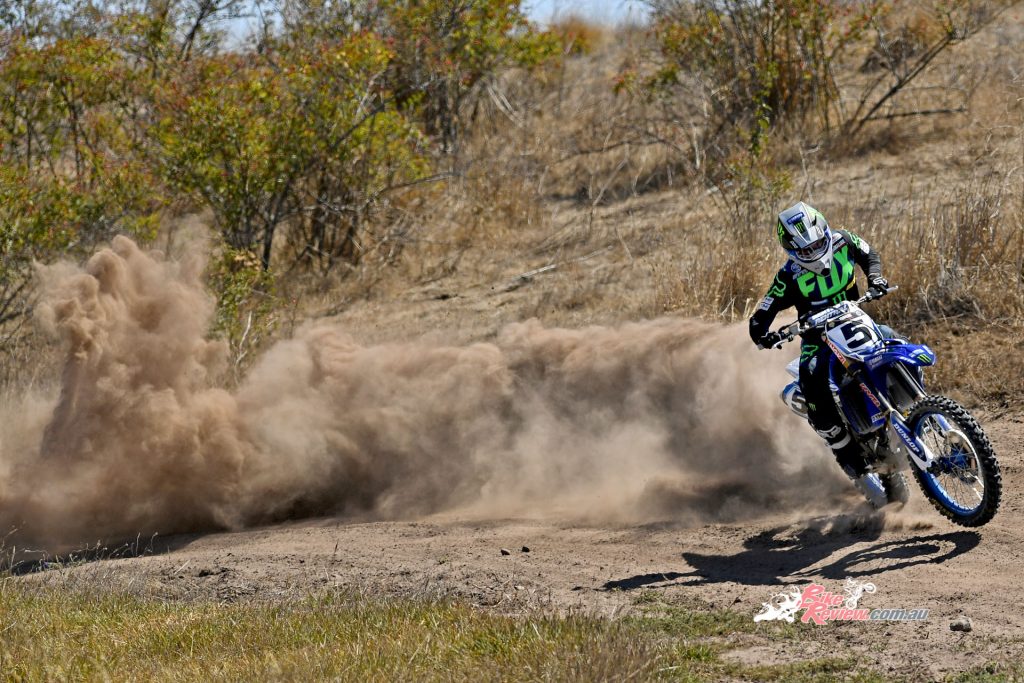 Despite being an Aussie, Gibbs mainly races in New Zealand, praising the country for it’s good tracks and people.

What have you been doing since you got back? Going crazy looking at the same four walls?

Gibbs – My two week isolation is up tomorrow, so I am looking forward to that even if its just to get out and go for a cycle or a run down the beach. Like most athletes, sitting still drives me crazy and my partner has been home as well and I’m sure I am starting to drive her mad, so she will be happy to see my get outside in the coming days. 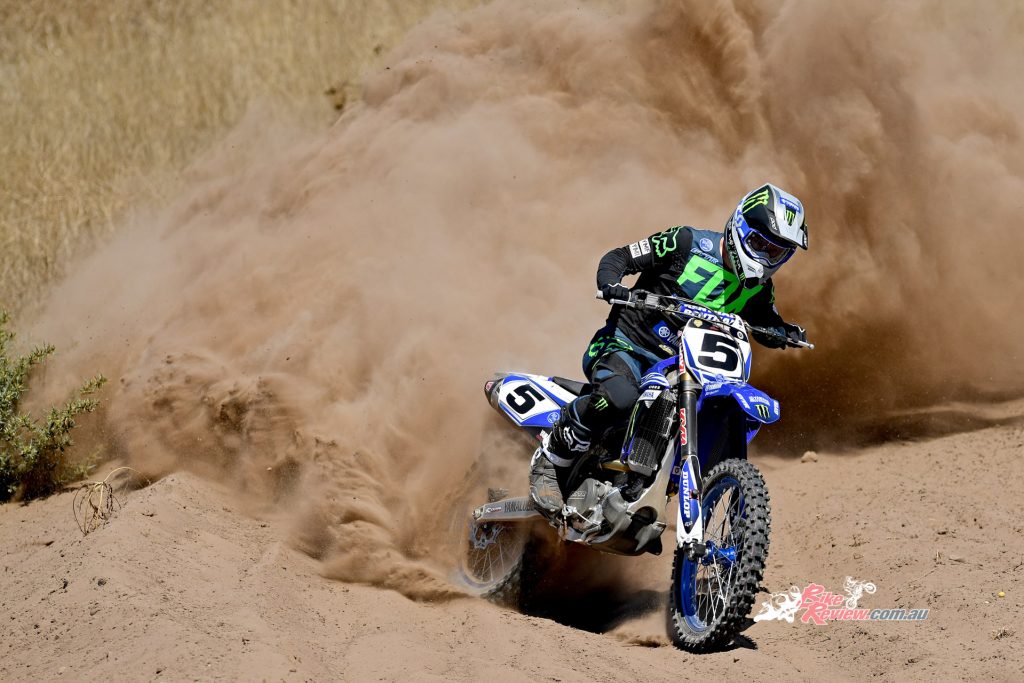 Gibbs is treating his two week isolation as a break from three months of training he had just done.

What are your thoughts on the 2020 season? How does this break effect your training and preparation?

Gibbs – We just have to take the information as it comes and be ready when things are good to go. The isolation break has probably done me some good as I had a big three month block of training prior to New Zealand and now after the two week break, I will probably do something similar again and have another three month block that will take us to the end of June where hopefully we might be able to race again.