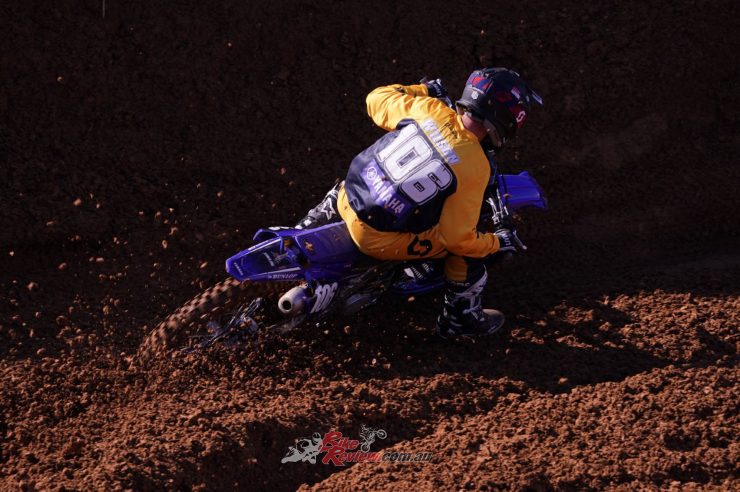 Jay Wilson Wins Sugo Round Of The All-Japanese Motocross Championships

Jay Wilson claimed a triumphant victory at round seven of the All-Japanese Motocross Championships, held at the famous Sugo circuit in Japan, over the weekend. Racing in the IA-2 division (250cc), Wilson on board his 2022 YZ250F won both 30-minute races on Sunday to claim victory and stand atop of the podium. 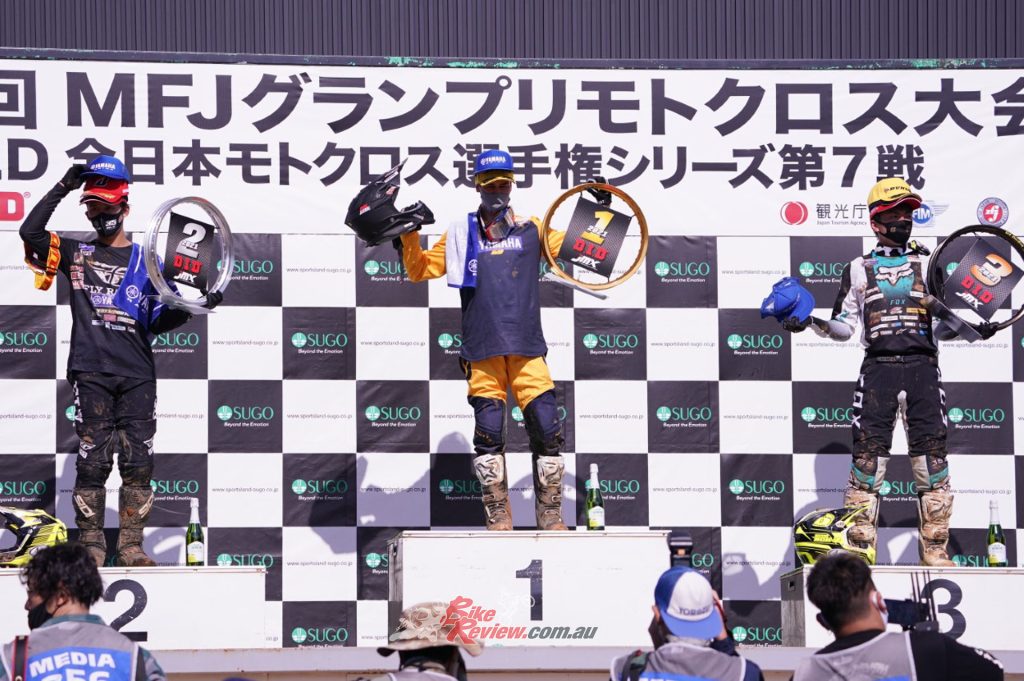 Wilson has taken out the Sugo round of the All Japanese Championships in the 250cc category.

The weekend started out strongly with Wilson taking a win in his qualifying race, despite having a late pick of the starting gate. His win and race time then allowed him to have first pick of the gate for the two x 30-minute races that were held under perfect skies on Sunday.

Despite not getting a great jump in each race, Wilson was able to claw his way through the pack and take control of each race in the opening 10 minutes. He fought off several attacks from the local riders to eventually get a five second gap over second place and hold them at arms length until race end. The winning margins of six and three seconds respectively show the level of competition was strong and Wilson had to stay on his game right until the very end. 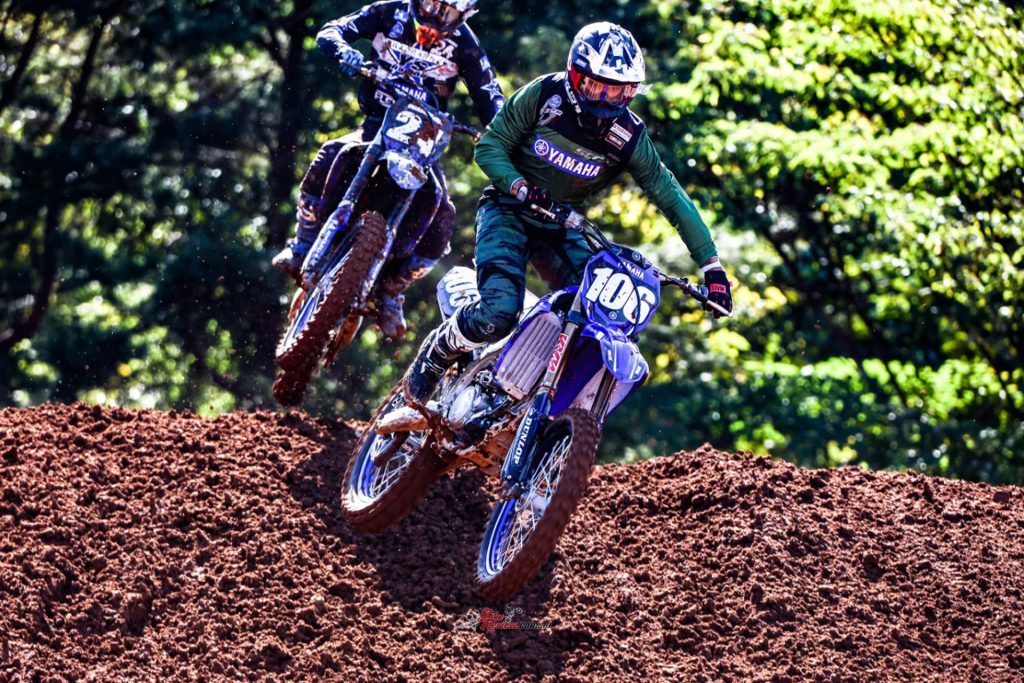 “Despite not getting a great jump in each race, Wilson was able to claw his way through the pack and take control of each race in the opening 10 minutes.”

“I was actually pretty nervous before that qualifying race as I had an outside gate and needed to get a good start,” Wilson begins. “If I was back in the pack and had to come through, there was a chance the race might not be as fast as the other qualifier, and I wouldn’t have got first gate pick in the two motos later in the day. Once the racing started, I was fine and it was good to race the locals. Their speed is good, and they all know this circuit well, so I had to keep working in each moto.”

“The track was difficult as it got quite rutty and reading the clay here is tough. Where it looked tacky was slippery and then add the sun in your eyes up the hills and it became a lot more technical than would I thought it would. It grew more challenging as the day went on. 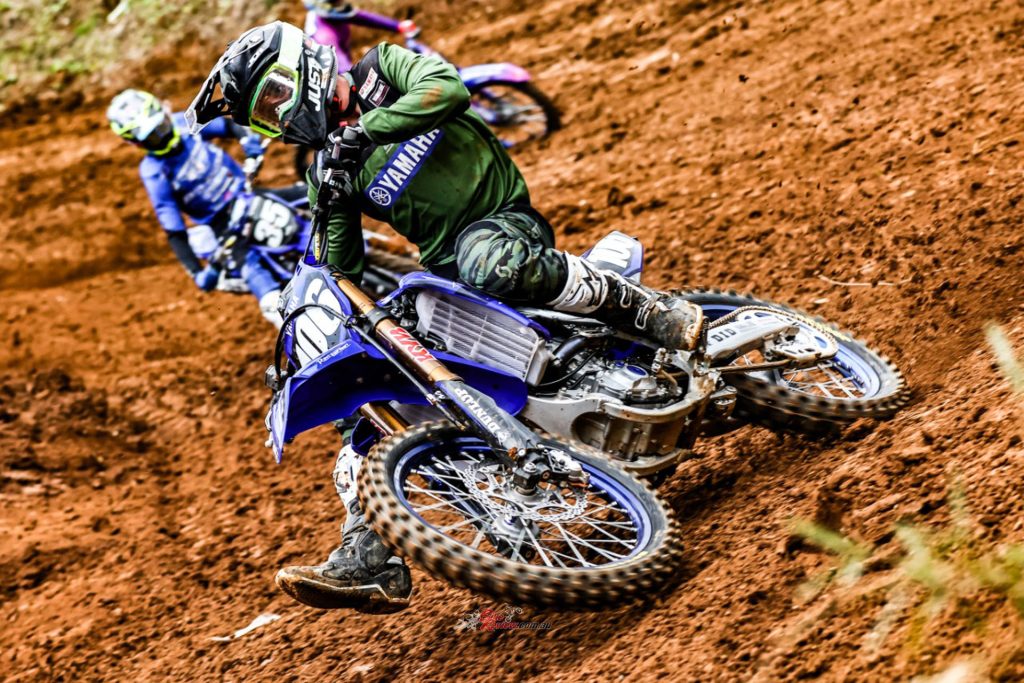 “Everyone here at Yamaha in Japan have been so welcoming and willing to help, KYB have been great to deal with and Dunlop have also been very helpful with this trip.” said Wilson.

“I have had an amazing time here in Japan and to win this race means a lot to me as I know the amount of work that has gone on behind the scenes to make it happen. The goal here was to prove how good the standard 2022 YZ250F is, as the bike I raced with had a 100% standard motor and I hope we were able to achieve that. Thank you to both Yamaha Australia and Yamaha Japan and hope the win on the weekend was a good reward for the hard work and time everyone has put into this trip,” Wilson ends.

Wilson now heads back to Yamaha headquarters in Hamamatsu, south of Tokyo where he will be involved in some further product testing and meetings before flying home on November 4.