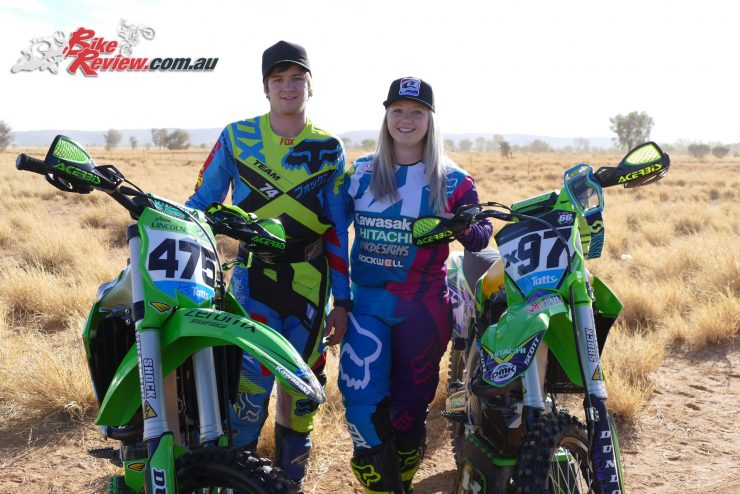 Meghan Rutledge had her first taste of desert racing in 2016, when she entered the Finke event with her Kawasaki KX250F and nil desert racing experience, only to defy expectations with a 29th place outright result and 6th in her class. 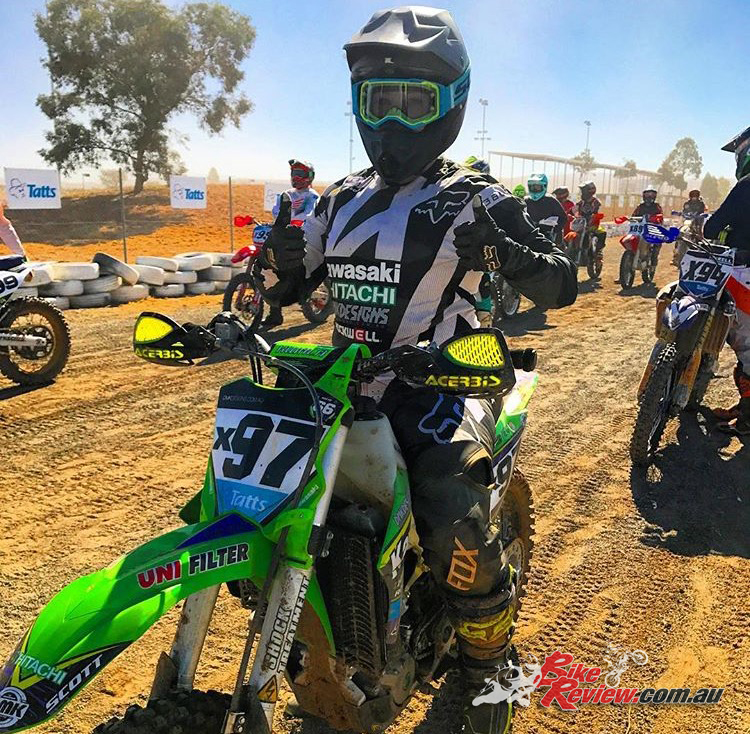 Meg made the decision to step it up and compete on her Kawasaki KX450F in this year’s competition. Racing in Class 5 (251cc to 450cc 4 stroke), Meghan fought a tireless two day battle to place herself in 19th position for the class and 54th outright.

“The lead up to the event was really positive. We had a good few days pre-running and getting suspension sorted out with Shock Treatment so we tucked away a great prolog time,” said Meg. 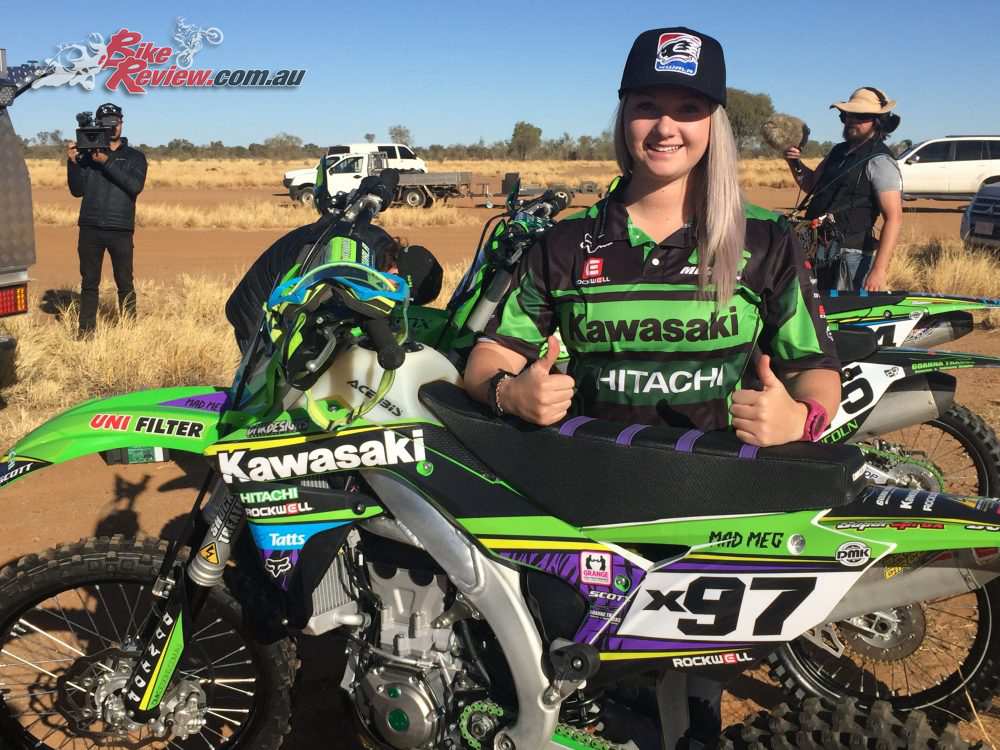 “The start of the race was good on Sunday but as soon as we got out of the watered section of the track it was a wall of dust the entire way which was a bit daunting, not knowing what was in front and hoping you didn’t get cleaned up by another rider from behind. So I was a bit exhausted by the time I got to Finke on day one, partly because of crashing and picking up the bike too,” Meg commented.

“On day two we all headed up to the start line, it was kind of funny to see everyone shovel down as many lollies and other foods to try and keep their energy levels up for the start of another big day, and then the nerves kicked in.” 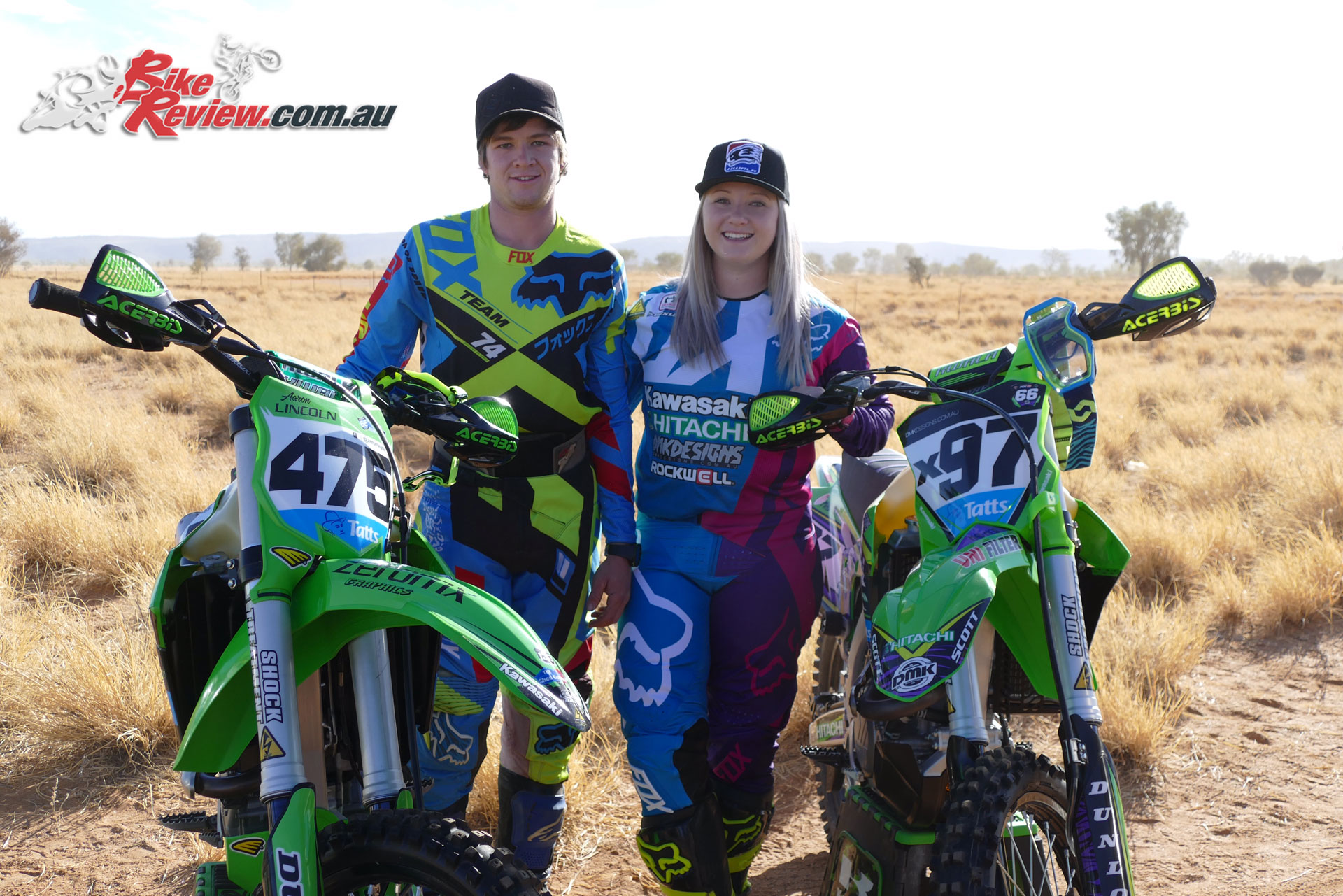 “I was hoping to be faster but two crashes gave me a bad time. I got a good start, pushed hard for the first 50 to 60km and caught up around 20 positions in the first 60 or so kilometres. From there it gets harder to overtake because competitors become more spread out and it turns into a battle of survival, trying to make it to the end through the horrific wall of dust,” Meg commented.

“The best feeling of whole weekend was crossing the finish line!” said Meg, who will now prepare for the 20th Hattah Desert Race event where she will be competing with her Kawasaki KX250F on 7th to 8th July near Mildura in Victoria. 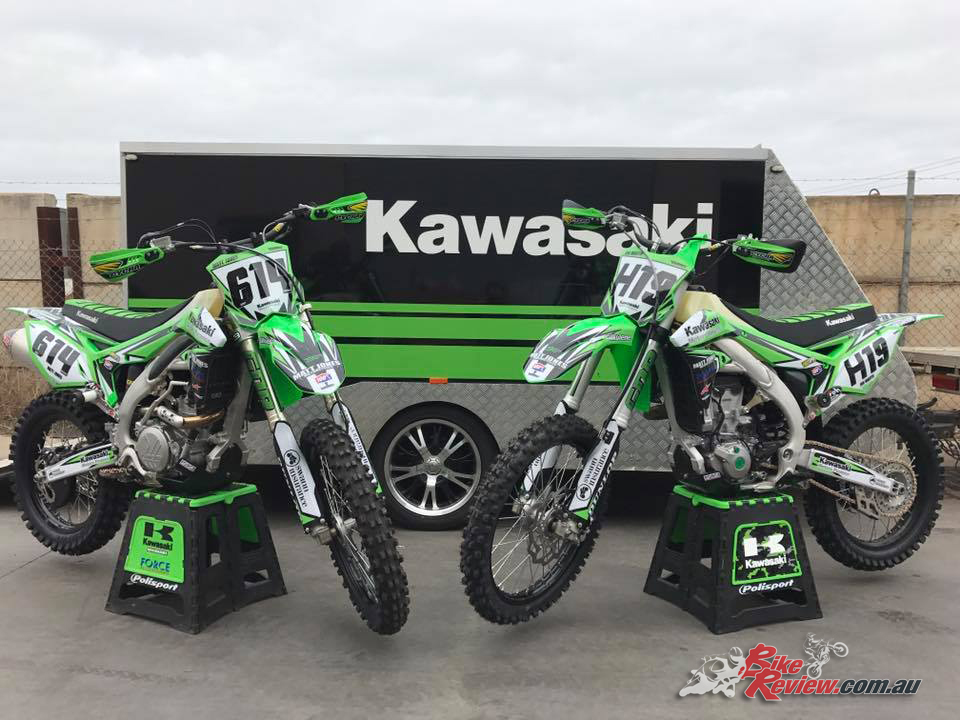 Additional Kawasaki supported rider and KX450F pilot, Matt Jones was one place short of a podium in the Masters 35 to 39 Years class (class 6). The Director of Matt Jones Motorcycles in Melton Victoria made it a solid 45th outright from over 550 registered bike and quad competitors. Matt’s results trumped his 2016 effort where he came in at a commendable 94th place outright with his Kawasaki KX450F.