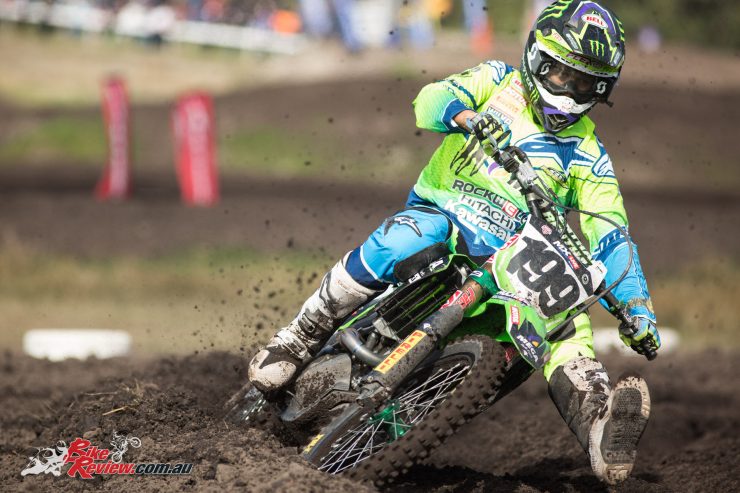 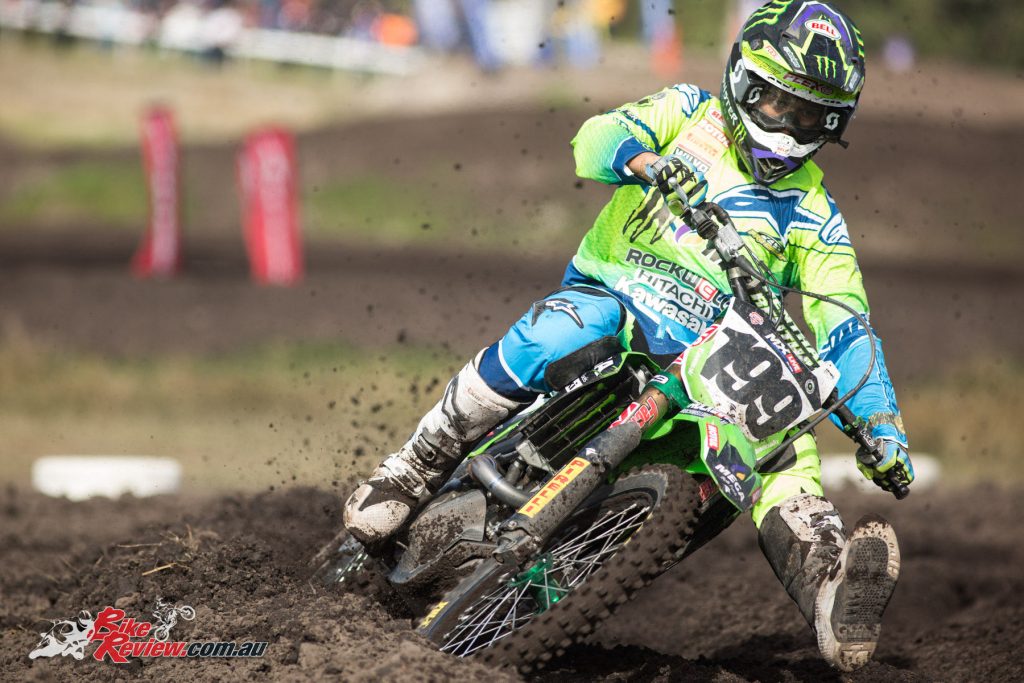 On debut in the MX1 ranks aboard his KX450F, 19-year-old Queensland newcomer Crawford overcame a recently-broken radius bone and dislocated wrist to finish eighth in both 30-minute motos today, resulting in P8 overall. It was an impressive way to start his premier class career despite having his pre-season preparations cut short through injury. 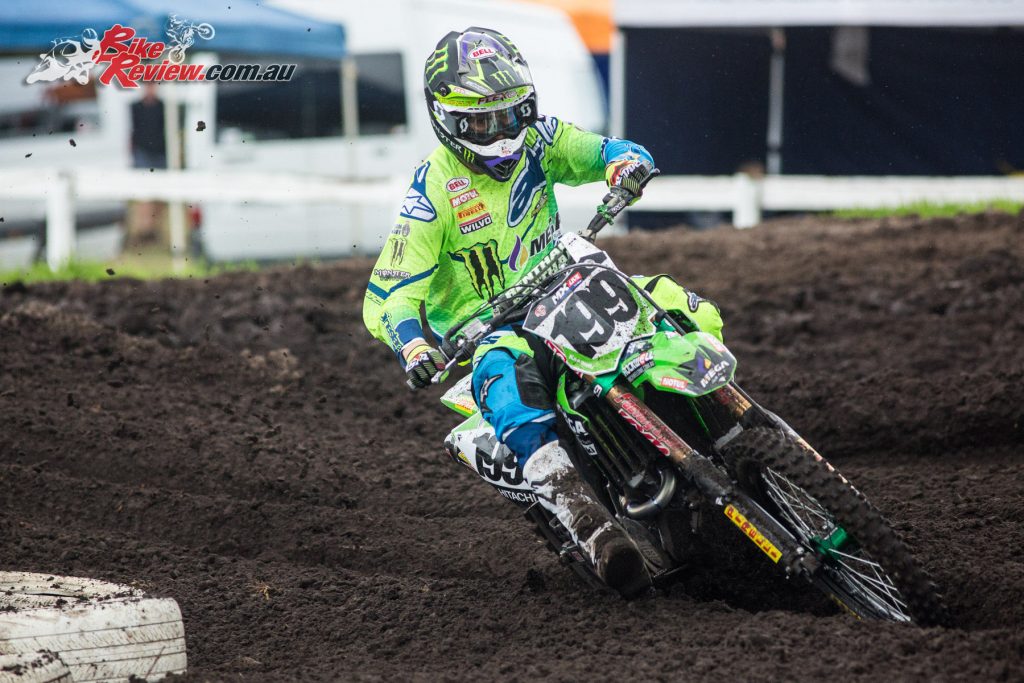 “Surprisingly enough, we achieved our goals and we’re not that far off the top guys,” reflected Crawford. “I tied for seventh and was eighth on count-back, but the points we got this weekend weren’t too bad at all. In my debut I would’ve liked to be a lot higher, but since I broke my forearm and dislocated my wrist four weeks ago, for me to even be here was a big goal in itself. I’m really happy with how the team worked together this weekend and we’ve got three weeks to get ready for round two, so we will definitely be better there.” 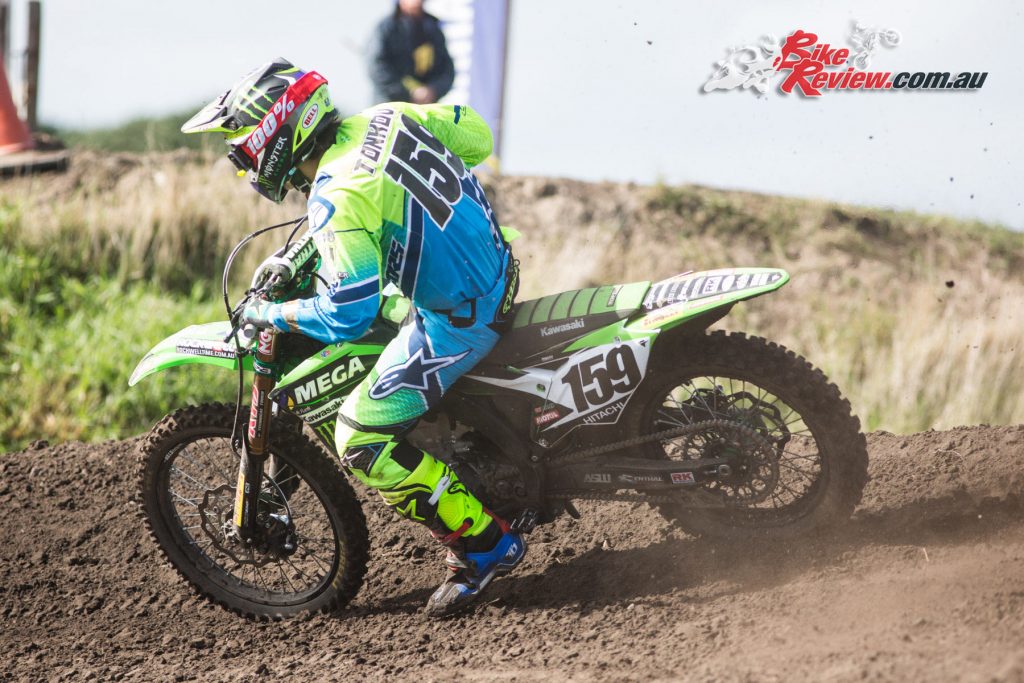 Round one also saw the first MX Nationals appearance of 23-year-old Russian standout Tonkov, who only arrived in Australia on Tuesday. Also facing limited seat time aboard the KX450F in the lead-up to Wonthaggi, the former GP race winner was able to post a 13th-place finish in the opening moto and and improved to ninth in the second. That placed him 10th overall. 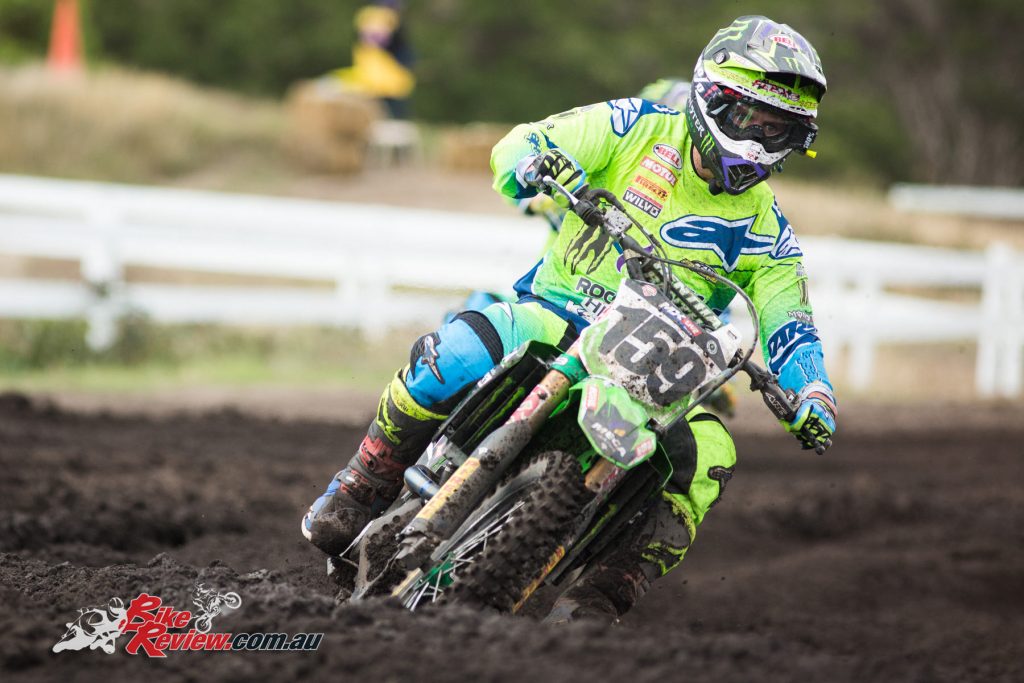 “It was great to come back racing, to be on the start-gate and to feel the emotions,” Tonkov said. “It’s been a long time for me, but overall I am happy that I’m healthy and that we have more time until the second round. We will start testing now because this was only my second time on the bike, since when I arrived it started raining in Queensland and I wasn’t able to test. The track was tough actually, so I was surprised in that, but it was good and I’m really thankful that I have the opportunity to come here and race. We have plenty of time to work and from this point it should get better, for sure.” 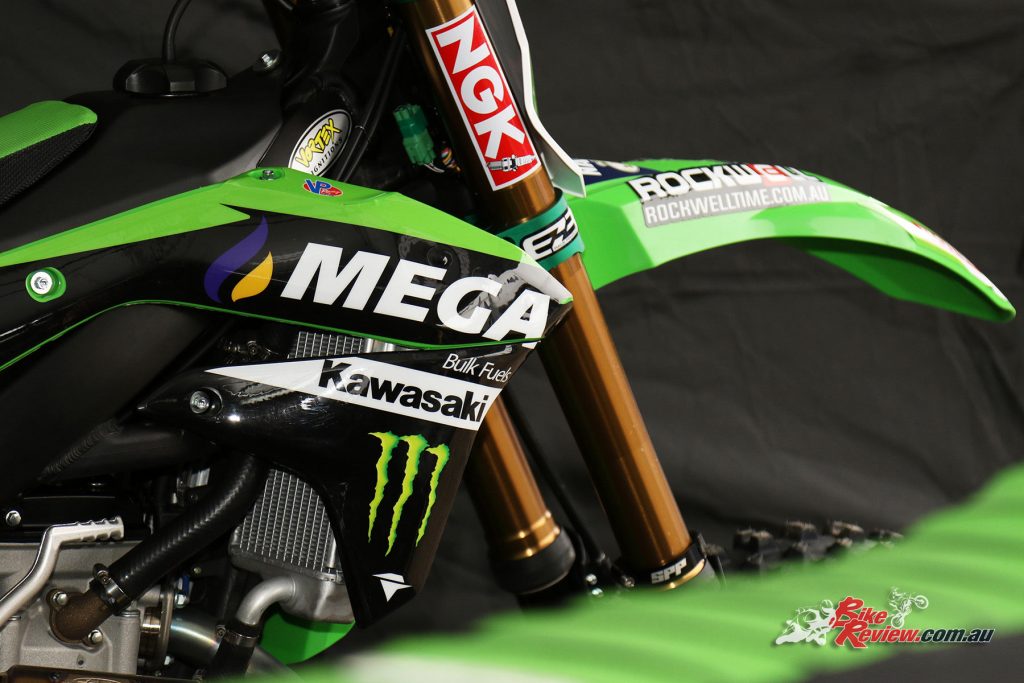 MEGA Bulk Fuels Monster Energy Kawasaki Racing Team manager Troy Carroll was satisfied in the results and having a solid amount of points on the board at round one, planning to work closely with the riders and team to gain additional momentum ahead of round two. The experience built this weekend will prove supremely valuable in upcoming rounds. 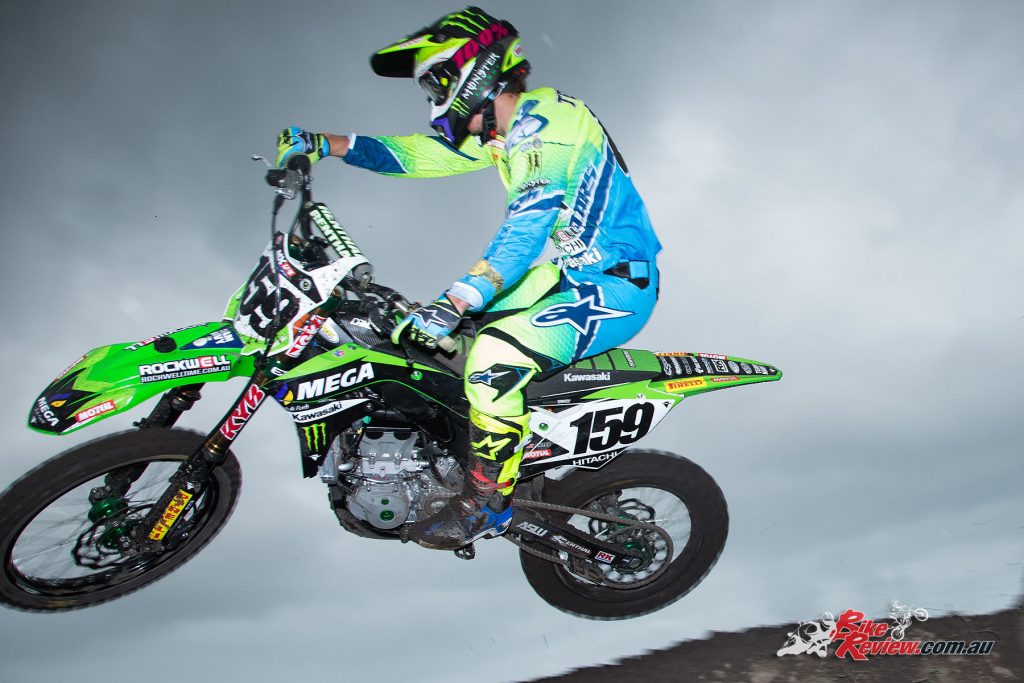 “We knew we were behind the eight-ball coming into the round, but we knew what we had to do and that was to get points,” Carroll commented. “We wanted to make sure we were in the top 10 and to the credit of both riders, they did it. Nathan broke his arm only four weeks ago, but he came out with a really good result in eighth overall. Aleksandr had two days on the bike in six months coming in and he arrived late, so for us it was a good thing they both finished in the top 10. We will go home now, work together and train together as a team – I have no doubt that we will be contenders for this championship by the end of it.” 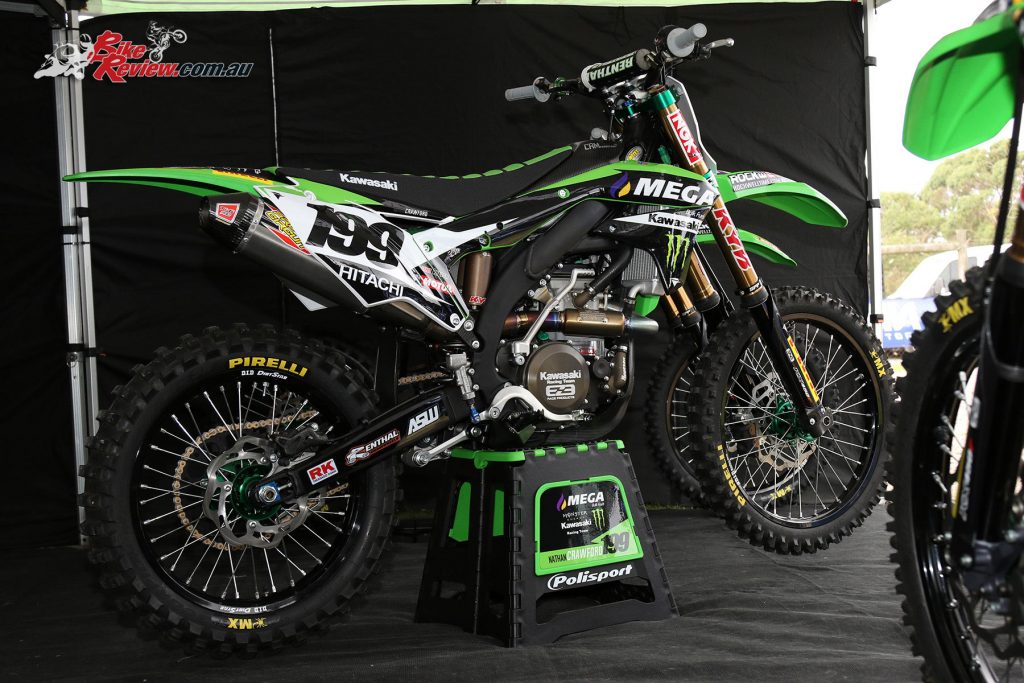 The 2017 Motul MX Nationals, Australian Motocross Championship, will now travel to Appin in New South Wales on Sunday, 23 April. Further information on the 10-round series can be found on the official website at www.mxnationals.com.au.