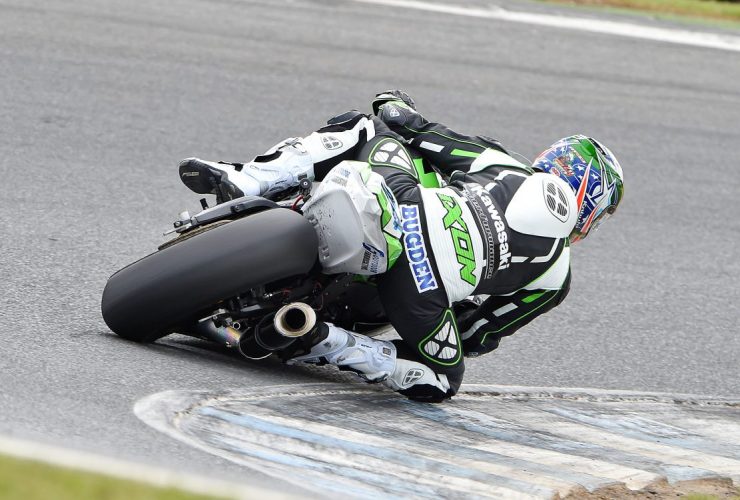 A bout of misfortune nudged Kawasaki BCperformance Ninja ZX-10R rider Robbie Bugden off the 2017 Australian Superbike Championship series podium while Ninja 300 teammates make it 1-2 at the final round in Phillip Island over the weekend. 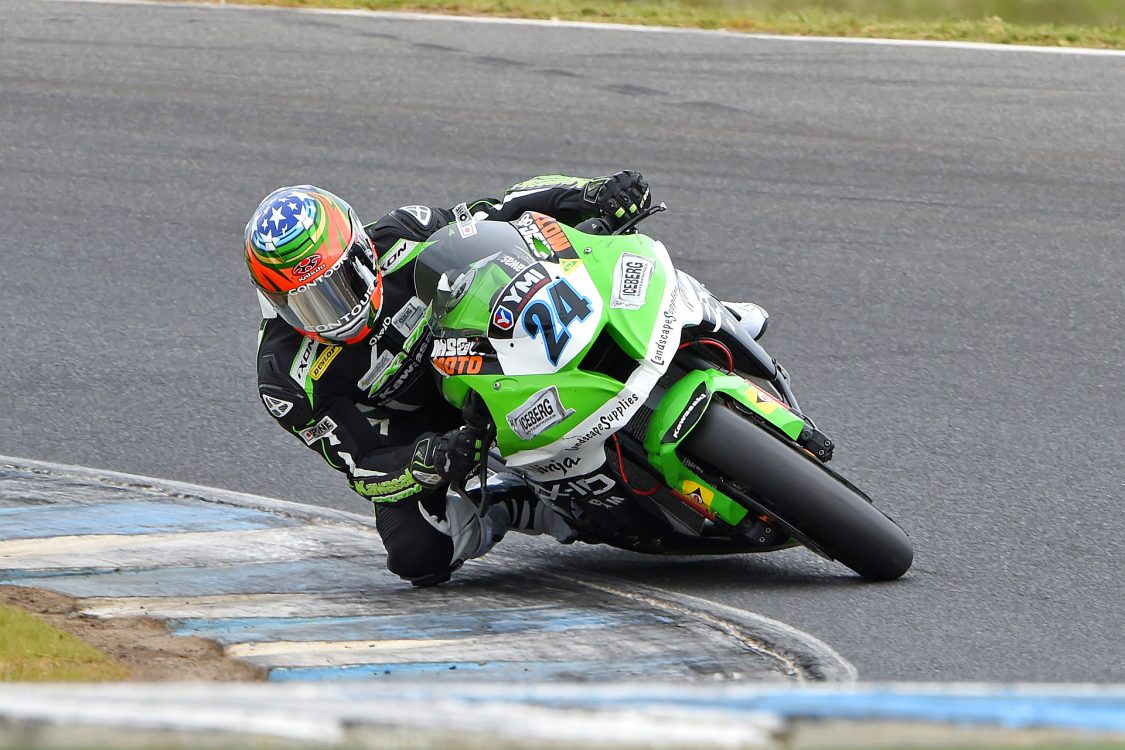 Five time New Zealand Superbike Champion, Robbie Bugden entered the final round in the running with only 25 point between himself and the Superbike championship leader. Second practice spelt disaster for the Kawasaki BCperformance Racing Team with Robbie crashing when coming into contact with a damp section of the Phillip Island circuit. The situation compounded with teammate, Kyle Buckley going down on account of being directly behind Bugden and not being able to find a clean exit.

Robbie sustained injuries that almost ruled him out for the weekend while Kyle suffered a dislocated shoulder. Refusing defeat, Robbie mounted his Kawasaki BCperformance Racing Team Ninja ZX-10R and fought a gallant battle in both subsequent superbike races. Robbie Bugden crossed the line in 10th for race one and 14th in the second race, finishing off the day in 14th overall and rounding out the 2017 ASBK series in 5th place overall. 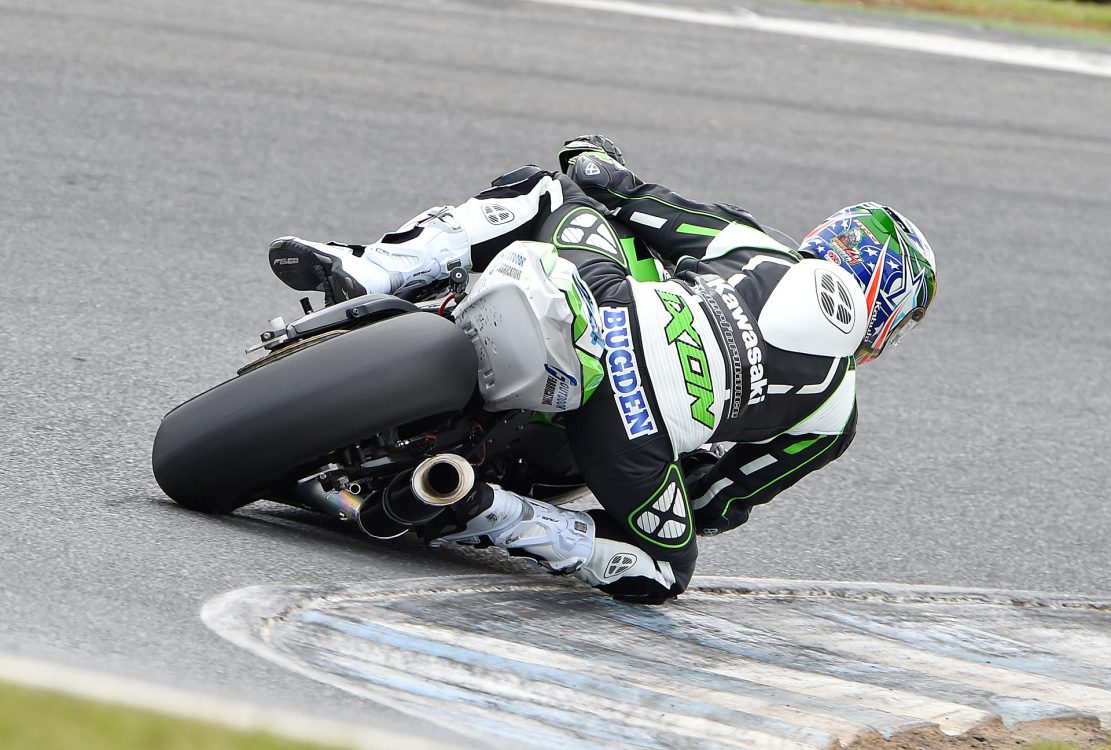 “The weekend started fairly well, the bike felt good straight away on track but it all went pear shaped in second practice. A small shower came over the track and as I was tipping into turn one, I didn’t pick the track was slightly wet there, because the rest of the track was dry. As I tipped in, the back of the bike came around. Turn one is a place on the circuit you don’t want to high side at 230km or so per hour,” said the experienced superbike racer.

“It looks like I sustained some broken ribs, a broken finger and damaged foot. From there on in it was a battle. It was a real shame. We tried to claw our way back. In the first race I got up to 5th or so and didn’t have the endurance to finish off well as my core was sore. I just want to thank Kelvin (Team Manager), the team and every single one of my sponsors. 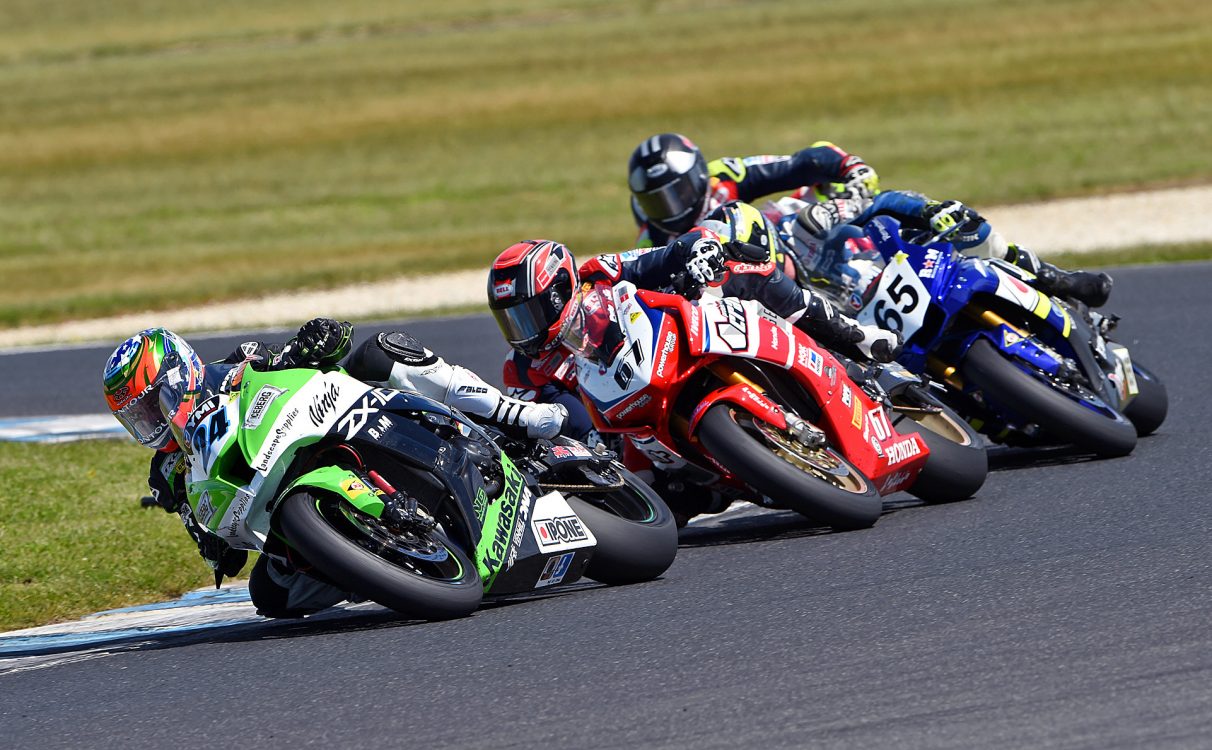 Robbie Bugden in the lead

It has been a really good season and we were on the podium more times than not. We were second on the leader board at one stage and the championship was within reach but all in all it has been a great season and it’s been a real pleasure. So now I’ll need to take a breath and see what next year holds.”

Team Manager, Kevin Reilly was infinitely pleased with his team’s performance throughout the 2017 series, despite saying that the final round was the most pressing of his career. “Both riders went down on the fastest corner of the track and wrecked both bikes but we regrouped and did the best we could. We had to give it a go after crashing and we weren’t going down like that.”

“I need to thank Robbie for his hard work over the weekend. Crashing wasn’t his fault and it could have happened to anyone. It came down to bad luck and he kept pushing on and on so hats off to him for that and we all appreciate the effort he put in,” said the former British Superbike Championship contender.

“Kyle did a phenomenal job as well. We didn’t want to do any more damage to his shoulder so we made a difficult decision to not allow him to ride in the Superbike races. We also required his spare bike for Robbie who had a stronger chance at a top result. Thank you to both riders for their efforts and understanding.” 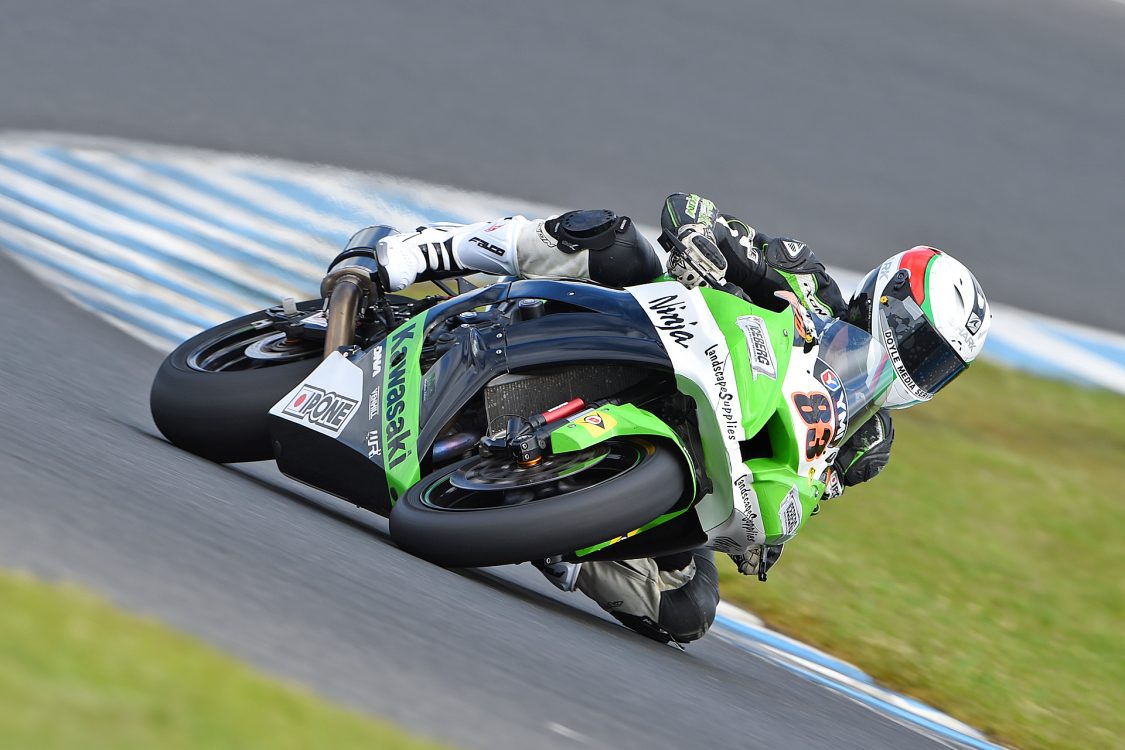 “On the upside we were very proud and humbled to see Reid Battye win the Up to 300cc Supersport championship at the previous round in Sydney and to have our other Ninja 300 rider, Yanni Shaw follow in 2nd was a very nice way to cement ourselves as a championship winning team,” said Kelvin, who continued on the thank sponsors for standing by and believing in the team. 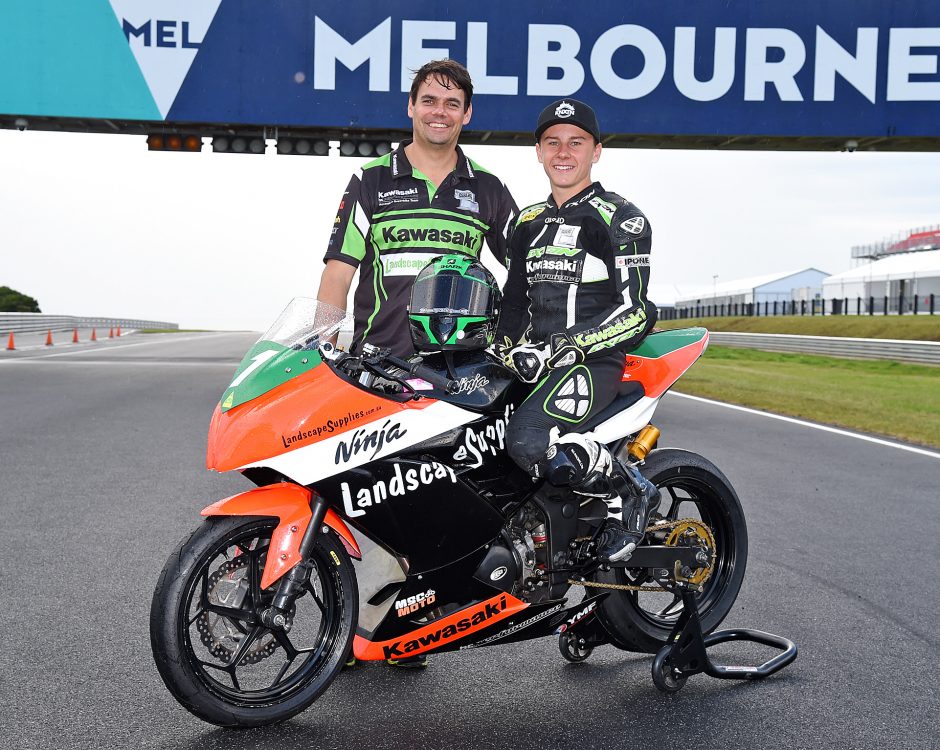 The Kawasaki BCperformance Racing Team topped off the series with winning the 2017 ASBK Best Presented Team award, with a criteria focused on racing machine livery, team presence and attitude.

Additional Kawasaki supported riders rounded out the series with strong performance including Matt Walters of Kawasaki Connection who completed the last Superbike race within the top 10 aboard his Ninja ZX-10R, saying, “Everything went smoothly and we developed the bike around me. We had the right tyres on and got a good break without traffic so got into 8th position for qualifying and it was the quickest time I have laid down around there with my Aussie spec bike. Then I did one lap and got taken out in the first race which was a shame.” 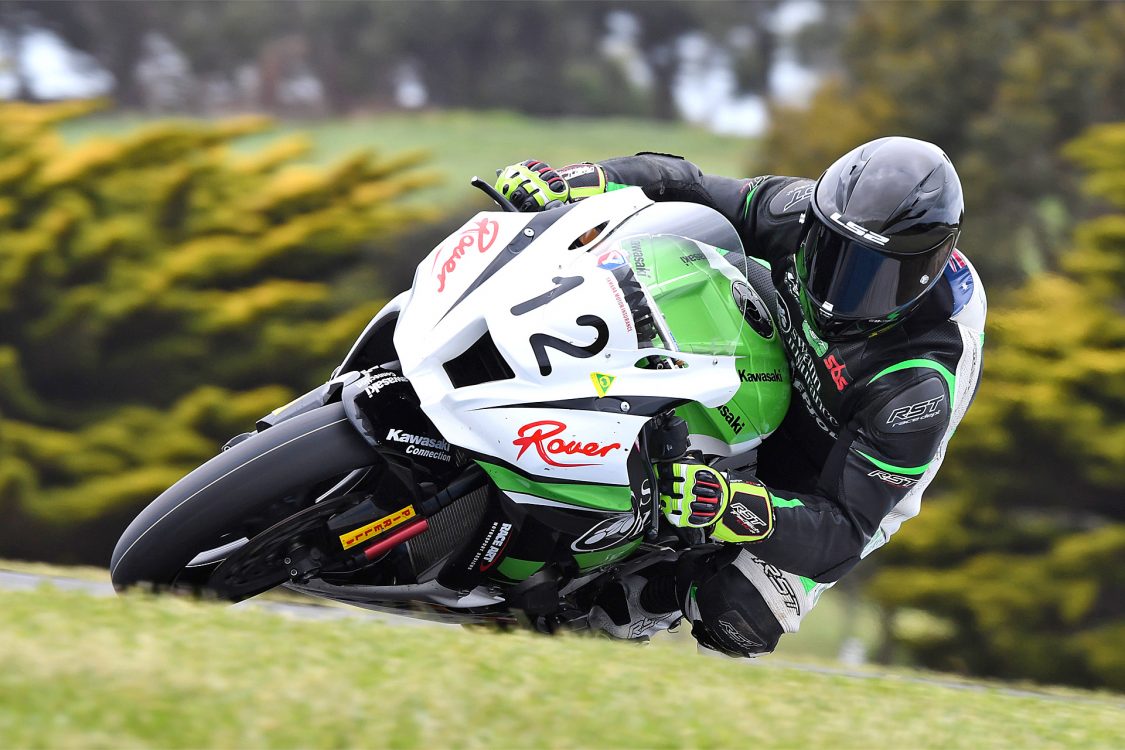 “In the second race I pushed my way back to the front after falling back a little and crossed the line in 8th so to finish the year off in the top ten for the final race was a good thing and a confidence boost leading into next year. We are aiming to be fitter and faster for 2018!” Exclaimed Matt who has previously ridden in the opening Phillip Island round for the World Superbike Championship as a wildcard entrant for the Kawasaki Puccetti Racing Team.

Sam Muldoon showed strong progression throughout the series with results advancing round on round, despite some setbacks due to crashes. The New South Welshman was able to place his Mick Muldoon Motorcycles Kawasaki ZX-6R into 10th place overall in the Supersport category.

Another notable mention was the savvy Tom Toparis who displayed true flair aboard his Cube Racing Kawasaki Ninja ZX-6R to complete the series only 6 points behind 2nd place.

This year’s Australian Superbike Championship came to a close at the final round over the weekend, making way for a new dawn and with it comes a reinvigorated collection of proficient Kawasaki machines and riders, who will be in the hunt for 2018 ASBK Championship pre-eminance. 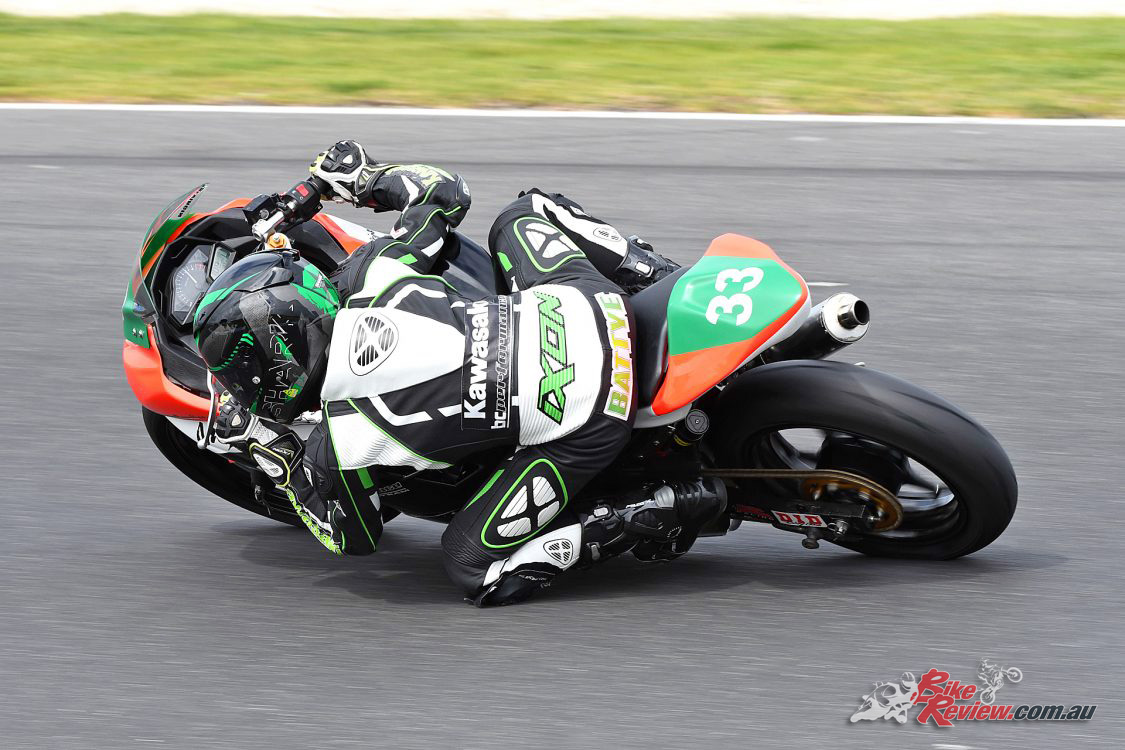 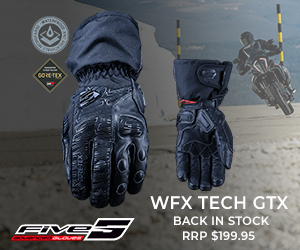