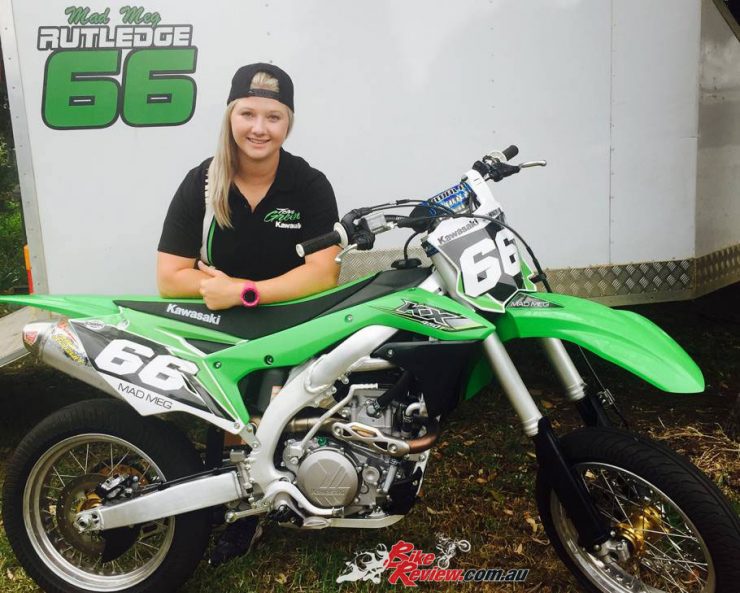 Meghan Rutledge blasted away her competition in the 2018 Coffs Harbour Stadium Motocross event with her KX250F, winning all three races in the women’s class and improving during each session to take 10th position in the A Lites class.

“My 2018 season has started on a good note at Coffs StadiumX”, Meghan said. “I just want to say a massive thank you to all of the sponsors that have stuck by me over the last 3 years including Kawasaki Motors Australia, Shock Treatment, Kwala Racing, Rockwell Watches Australia, Unifilter Australia, Southern Highlands Motorcycle Centre, Scott Goggles, Dunlop Tyres Australia & New Zealand, Supersprox and EK Chains.” 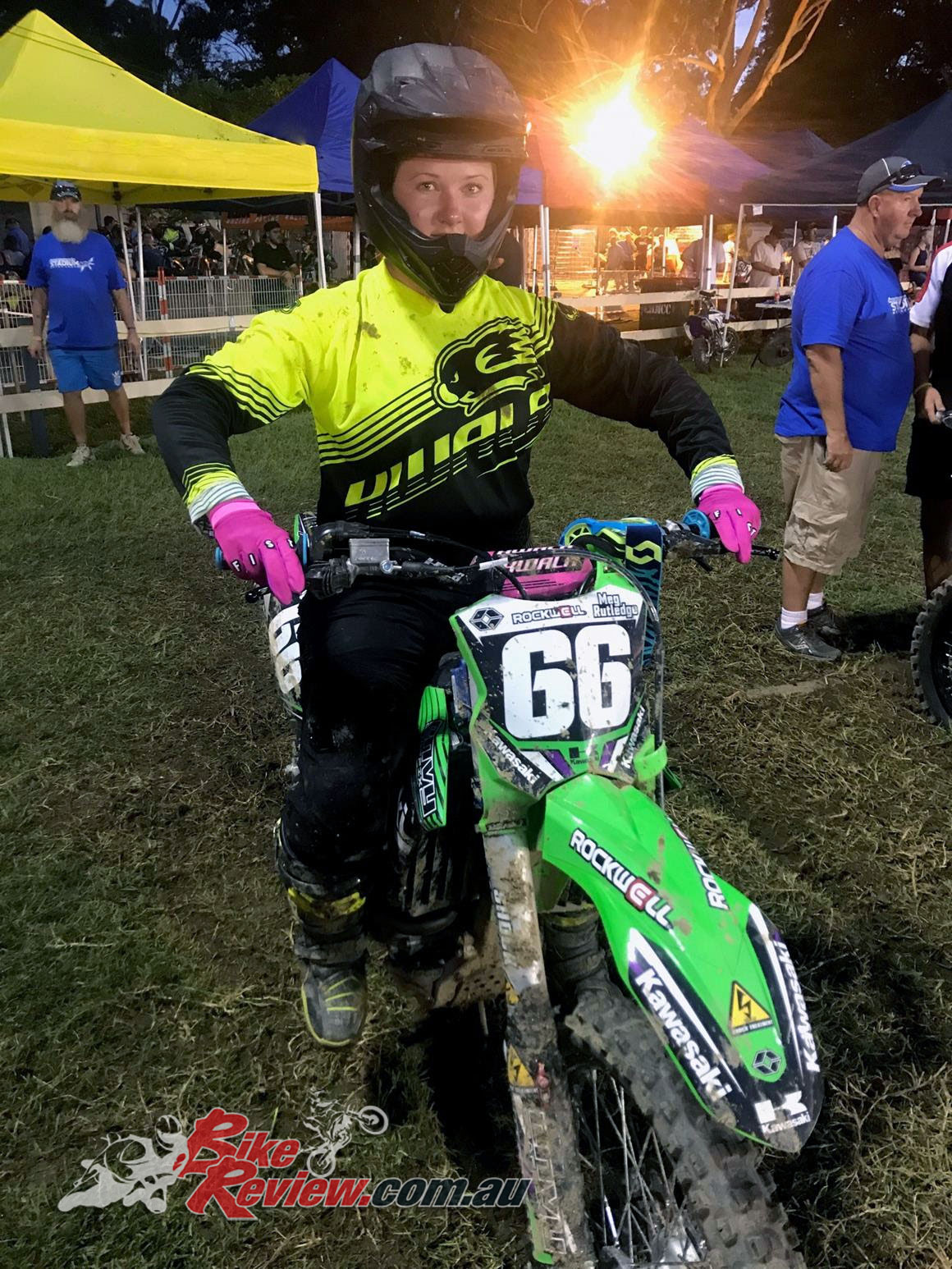 The weekend’s win haul served as a motivation booster for Meghan who injured her hand in 2015 and has been recovering progressively ever since, explaining, “After three years and the last six months of more treatment I can officially say last night was the first time I have been able to ride pain free and with no swelling to my thumb joint. Regardless of where I finished last night that alone was a massive achievement and relief.”

Meghan plans to attend a range events this year with her Kawasaki, including increasingly popular desert racing where she has made her mark as one of the most competitive female racers in the country over recent years.