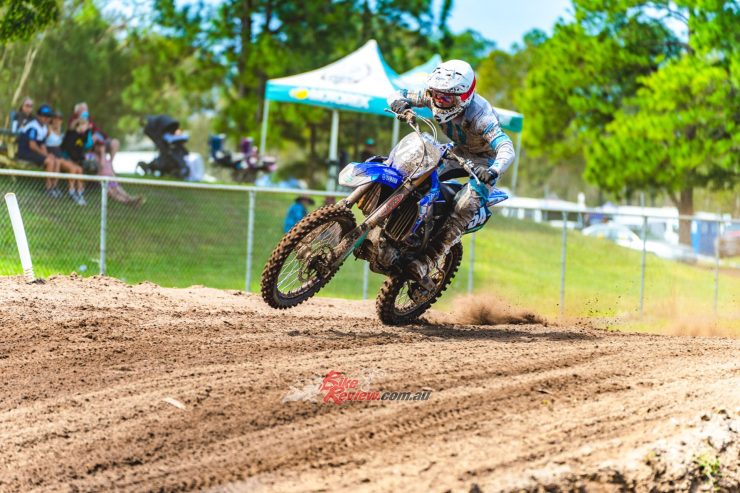 Kobe Drew has made it eight state motocross championships for the GYTR Yamaha Junior Racing Team in 2021 after collecting two Queensland Championships as the final round of racing was wrapped up at Coolum over the weekend. 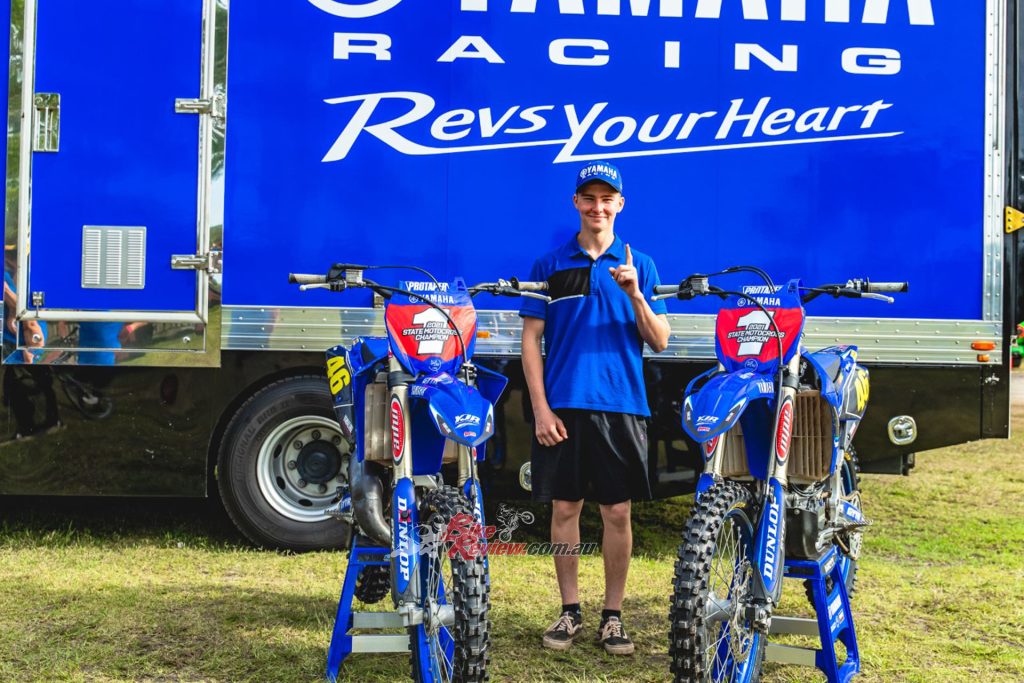 Since moving to Yamaha and the GYTR Yamaha Junior Racing program in 2021, Drew has gone on a winning rampage and can now add two more number one plates to go with his Sunshine State Series success earlier in the year.

The two round Queensland Motocross Championship saw rounds held in Mackay and Coolum with Drew taking all before him. He simply dominated proceedings in the 13-14 years 250cc class winning every race he entered at both rounds to score maximum points. He proved equally skilled in the hard pack dirt and ruts of Mackay as he was in the deep and energy sapping sand of Coolum. He was a cut above his opposition with his speed and fitness unmatched.

He also claimed the 13-15 years 125cc championship as well, taking four race wins and two seconds from the six races contested. He dominated in Mackay and then had to work hard for his results in Coolum but still showed the poise and class to take the championship win. He now sits alongside other GYTR-YJR state championship winners in 2021; Jay Jennings, Angus Pearce, Jobe Dunne and Ryder Kingsford. 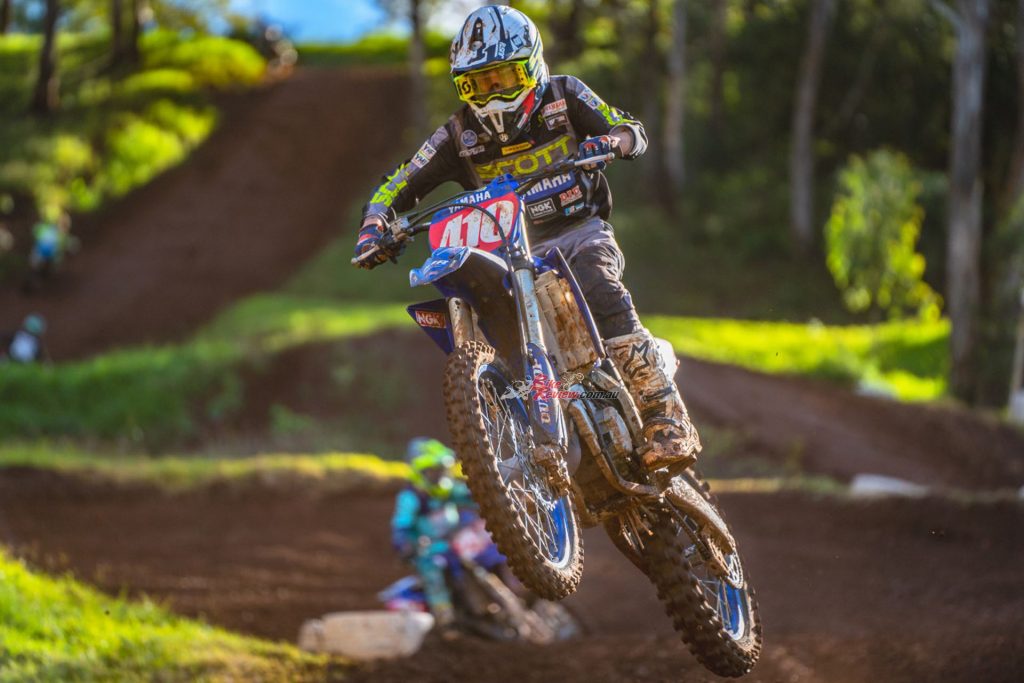 “Cannon was in line to rack up another championship on his YZ85 and take it up to Drew on the 125 but fell in the first 125 race after colliding with another rider and broke his wrist.”

Unfortunately, things didn’t go as well for team-mate Jake Cannon. Cannon was in line to rack up another championship on his YZ85 and take it up to Drew on the 125 but fell in the first 125 race after colliding with another rider and broke his wrist. He was unable to compete for the rest of the weekend and was clearly disappointed in not being able to compete on his home track.

In the senior divisions, Yamaha was well represented in the MX2 category as the Serco Yamaha and Yamalube Yamaha Racing teams were on hand. Both Jesse Dobson and Levi Rogers had competed in the opening round at Mackay, while Nathan Crawford and Jay Wilson joined the fun at Coolum. 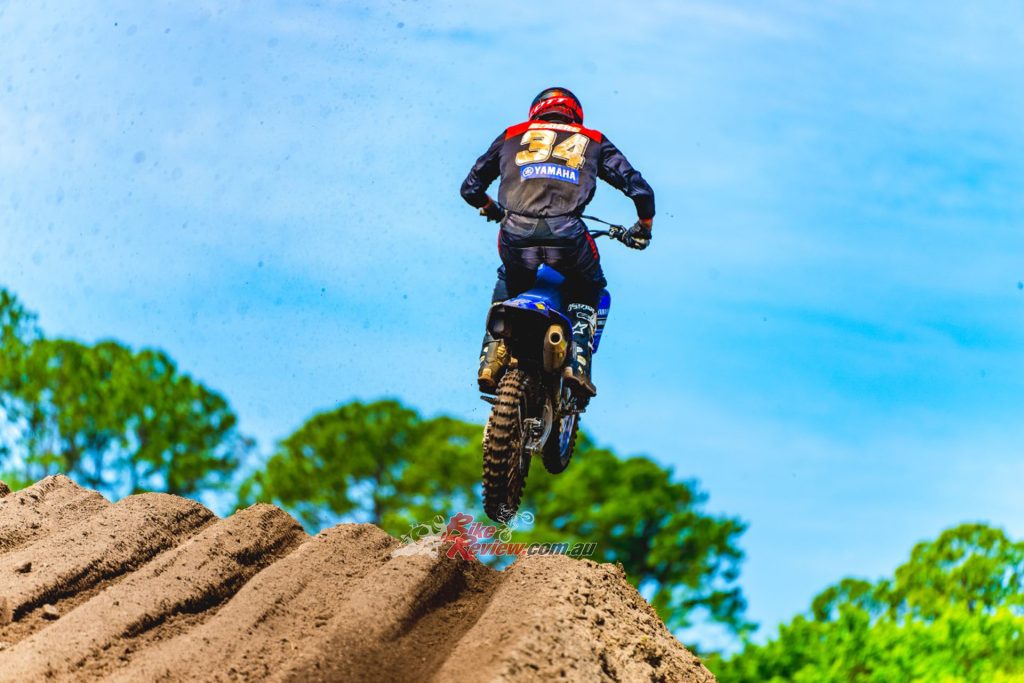 Dobson continued his good form to take second on the day at Coolum and finish second in the championship behind Todd Waters. Third for the day was Jay Wilson just ahead of Levi Rogers while Nathan Crawford was inside the top five before withdrawing from the last moto.

The action in the MX2 class was top shelf as the top five raced at high intensity and in close range of each other. The opening laps saw riders continually jostle for position and it a frantic pace that kept on lookers engaged. 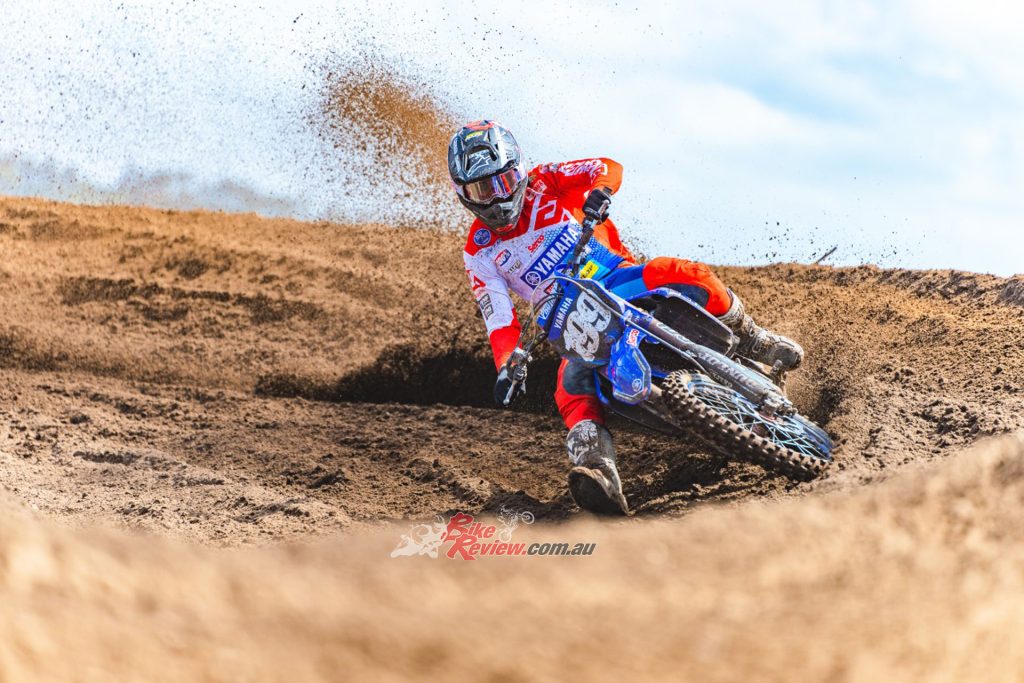 Rogers was able to make it a Yamaha 2-3 in the championship as he finished third behind Dobson in the overall points.

The Queensland racing season now slows for the year with only a few regional based events left for the year. Stay up to date with all of the Yamaha Racing Team news here.