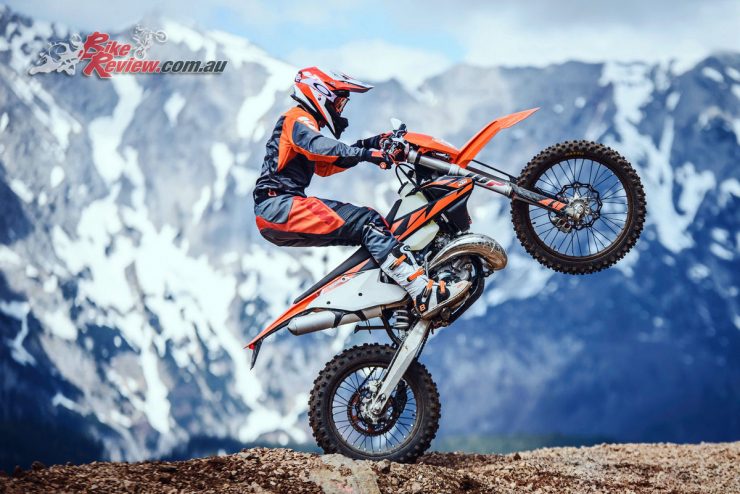 Only KTM's TPI EXC models to be available in 2019

KTM announces 2018 to be final year of carb EXCs

KTM Australia can confirm that the current MY18 range of carburetted KTM EXC two-strokes will be the last of their kind, as the revolutionary fuel-injected KTM EXC TPI (Transfer Port Injection) models will be the sole option available in the market from 2019.

This year has seen KTM Australia continue offering the carburetted KTM 300 EXC and KTM 250 EXC models, in addition to the brand new fuel-injected TPI variants that were prioritised within the European market to comply with Euro4 regulations. 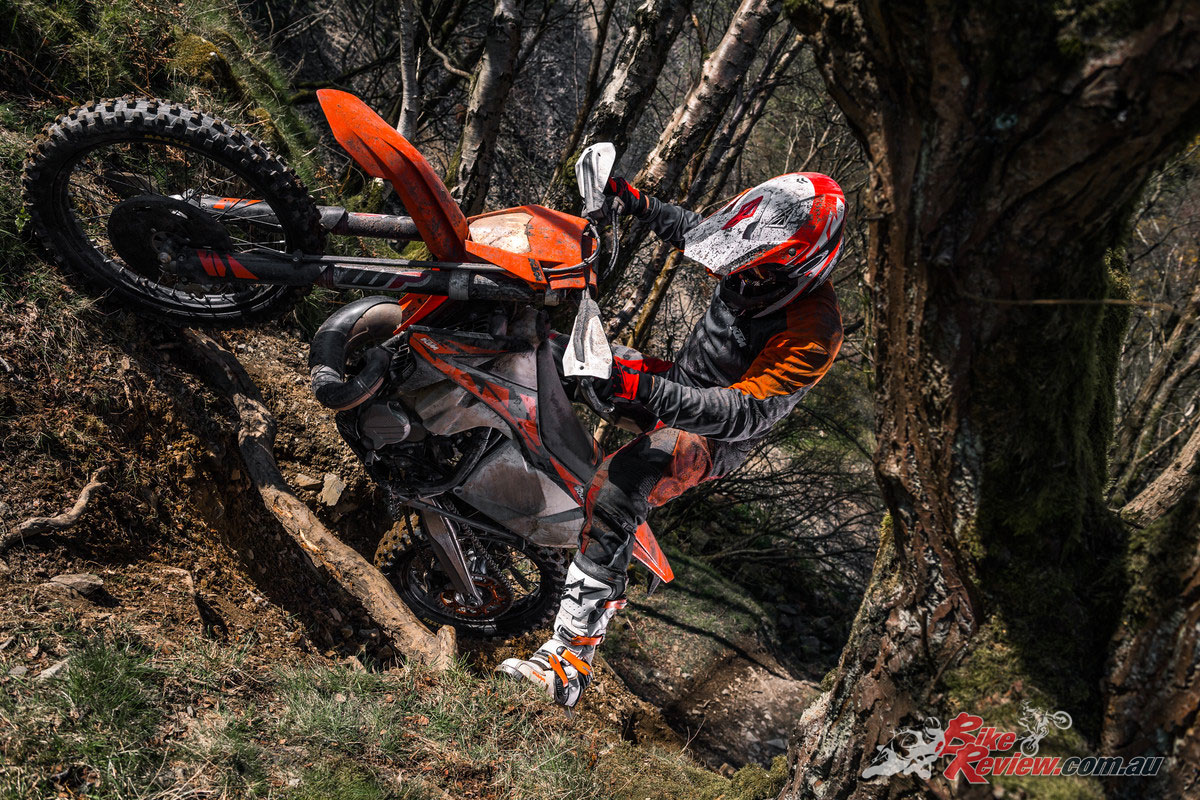 The MY18 EXC range will be the final carburetted enduro-specific models available from the Austrian brand, each still available through KTM Australia dealerships at the current recommended retail price of $13,495 (KTM 300 EXC) and $12,295 (KTM 250 EXC) respectively.

KTM Australia has enjoyed immense success with carburetted two-stroke EXC machinery, both via showroom sales and competitive ‘Ready to Race’ environments with the factory KTM Enduro Racing Team. The current carburetted generation of KTM 300 EXC and KTM 250 EXC models will go down in history as two of the greatest models released.

KTM Enduro Racing Team’s Lyndon Snodgrass captured the Australian Off-Road Championship’s Enduro3 crown in 2017, as well as finishing second outright aboard the KTM 300 EXC. Prior to that, Daniel Sanders clinched the outright title in 2016 alongside his E3 success, also on the KTM 300 EXC.

Jeff Leisk – General manager, KTM Australia saying,”It’s been an interesting time as a lot of this decision was driven by the Euro4 regulations. The fact is that the two-stroke is still such an important model to KTM and it is key after all of these years in terms of sales volume in the major markets – the brand is still selling a huge amount of these bikes. Particularly in Europe, it was really important to meet the Euro4 regulations and they have been developing fuel-injection for over 10 years to perfect it as Euro4 was looming. They managed to come up with a really innovative solution and a fairly simple one in some respects to fuel-inject the two-stroke, while minimising emissions and so-on.

Jeff Leisk continued, “For their first crack at commercialising it, they have done really well with the TPI models and we’re super-excited about the future. Europe took priority on the early production of the TPI models for this year and we have still got 2018 model carburetted bikes, which has been nice to have them to sell for one final year. There are a lot of good qualities with the carburetted bike and people are very familiar with how to tune it from a racing point of view, but then again in terms of trail riders at this point, the TPI has been popular and the feedback has been extremely positive – riders really like the clean running, the additional range and the fact that you’re not mixing oil within the fuel, to name a few benefits. As far as the EXC goes, MY18 is the last year that you will be able to purchase the carburetted version, so it is a chance to snap yourself up a piece of history. The upside is that it is a cheaper bike than the TPI, less sophisticated in that particular area and a bike that in years to come, I’d imagine, will be quite sought-after.” 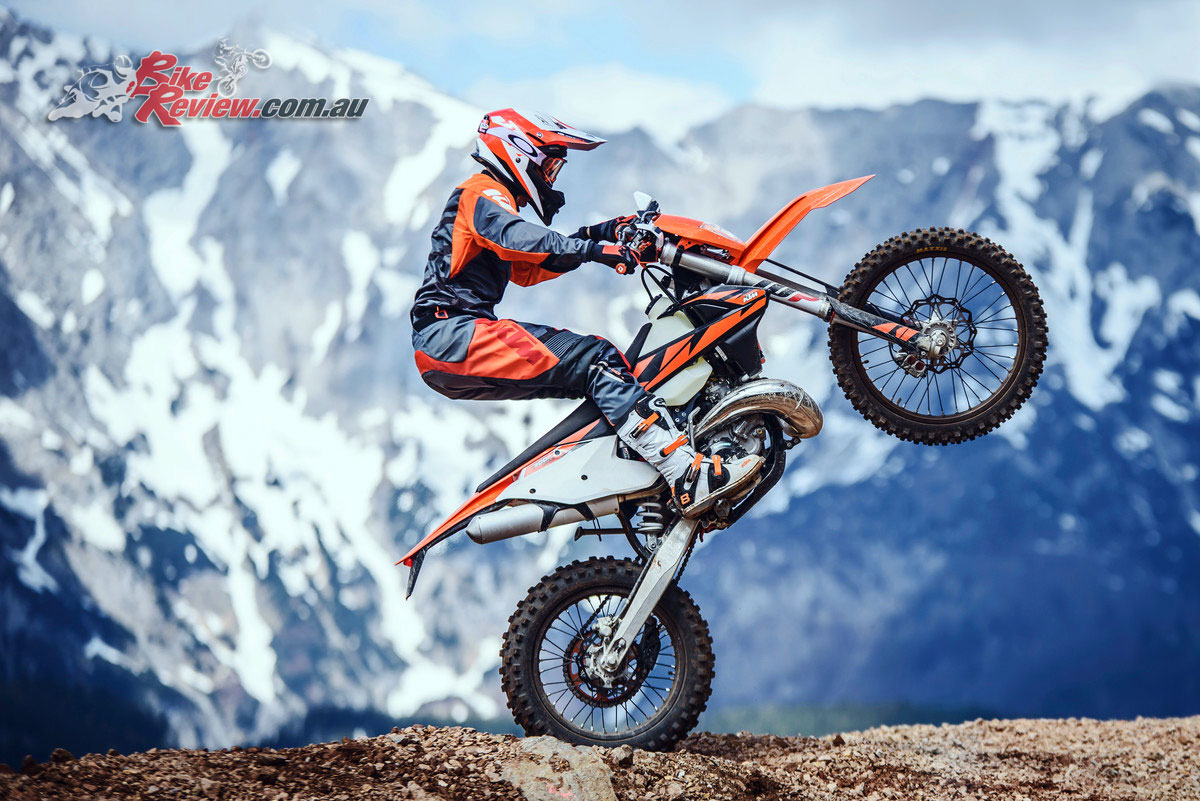 Only KTM’s TPI EXC models to be available in 2019

Glenn Kearney – Motorsport manager, KTM Australia adding, “It is the end of an era, as we all have great memories of the carburetted two-strokes, but at the same time it’s really exciting to see the direction that KTM is taking with the TPI models. The fuel-injection, in terms of emissions and efficiency, is positive and these are factors that will ultimately make going trail-riding a lot easier. As for racing, to have the new technology is also something that will be a benefit to work with in time and could potentially even lead to increased interest in the future. The EXCs are iconic bikes and are likely to become collector’s items with that significant history behind them. The KTM Enduro Racing Team has enjoyed great success in recent years with Lyndon Snodgrass winning the Australian Off-Road Championship’s E3 category and finishing second outright in 2017, while before that we saw Daniel Sanders win outright and E3 in 2016 – both riding the KTM 300 EXC.”